One of my major comic discoveries this year has been Tony Millionaire's Sock Monkey, via the beautiful hardback treasury collection Fantagraphics released in February (previous, individual volumes had been published by Dark Horse). Coming into the material cold, with no history or context, it was a case of simply instantly clicking with the comic (some stories are picture books, some illustrated prose): the tone, the art style, where Millionaire's coming from in terms of themes, references and aesthetic. It follows the weird adventures of Uncle Gabby -a monkey made from a sock-  a stuffed, manic crow, and a creepy porcelain doll called Inches, with the stories crossing into darker themes and horror, as the eccentric, superficial innocence of the set-up meets a very human realism. Here's a bit more I wrote about it in an article for Comics Alliance:

'One of the joys of the Sock Monkey books is seeing Millionaire test the surprising versatility of his material and the range of formats it works within — from the black and white carefully replicated textured style seen in Heaven and Borneo, to the beauty of The Glass Doorknob, a gorgeous full-color, picture-book delight, which saw the toys marvel at the new doorknob’s ability to reflect a rainbow prism via sunlight. Millionaire shows the same dexterity with subject matter, too: The Inches Incident – which contained some of the creepiest, most disturbing visual imagery I’ve come across, despite not being exceptionally graphic — saw Inches mutilated and inhabited by a swarm of ants who controlled her every move, and steadily destroyed piece by piece until only a portion of her shattered head remained, while in A Baby Bird, Uncle Gabby flees, devastated, to the desert to commit suicide after accidentally killing a baby bird, only to discover the paradox of not being alive and therefore incapable of death, left to his despair. They’re weird, engrossing, yet brilliant stories that feature a cast of complex, not always like-able stuffed toys.' 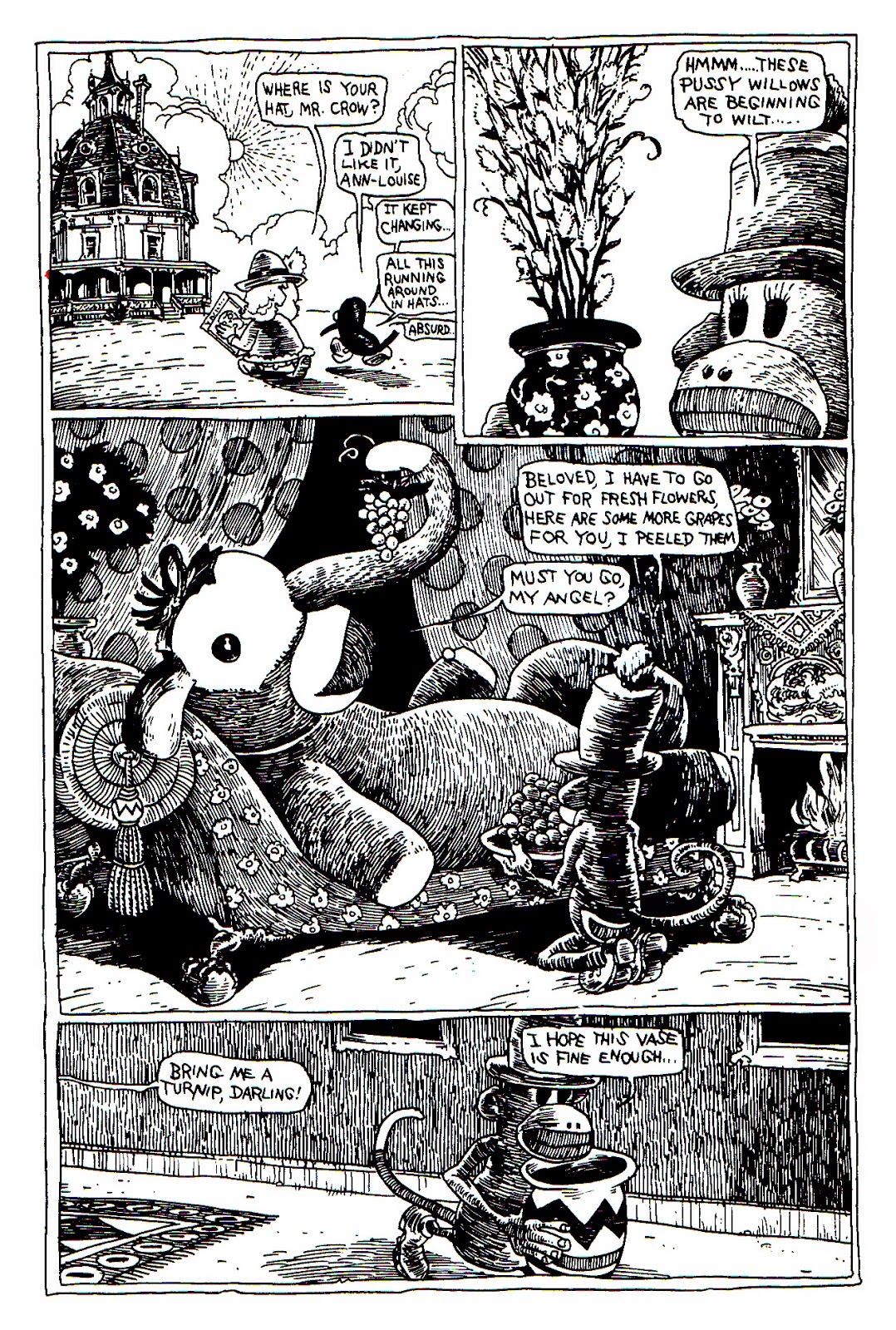 Millionaire's been collaborating with animator Matt Danner to produce a Sock Monkey film, and they've released a 2 minute long concept trailer, which uses hybrid CG and live-action 'digi-nette puppetry,' all shot in one day according to Deadline, with 5 different puppets. It sees Gabby wandering around the familiar, large Victorian house, in what looks to be an opening scene from The Glass Doorknob (a gorgeous full-color, picture-book delight, which saw the toys marvel at a new glass faceted doorknob’s ability to reflect a rainbow prism via sunlight), as he gazes at the colours created by the light and glass in wonder. The brief clip really looks good and captures the odd, ponderous tone and charm of the stories very well; I'd love to see more. Millionaire and Danner release Into the Deep Woods from Fantagraphics this month, a new illustrated Sock Monkey picture book which is the story they would like to adapt into a feature length film. It  finds the toys convinced that their human owner, Ann-Louise, has been kidnapped by a vicious monster dubbed the Amarok, and so they embark on a mission into the Haunted Woods to rescue her and bring her home. 'The epic quest that follows takes them by sea, land, and air through many fantastic lands and introduces a cast of fanciful characters and creatures including the Trumbernick (the pixie shaman of the forest), a giant sea monster, the Guardsmen of Bear Town, and a flock of flying harpies.'

No comic or book needs a film adaptation, but this is the kind of thing I love to see: singular visions, with creators involved. As Heidi MacDonald notes, this isn't the first time Uncle Gabby has been animated: he was a supporting character in Adult Swim's The Drinky Crow Show between 2007 and 2009. Danner and Millionaire are currently looking for financing for the film. I really hope they find it. 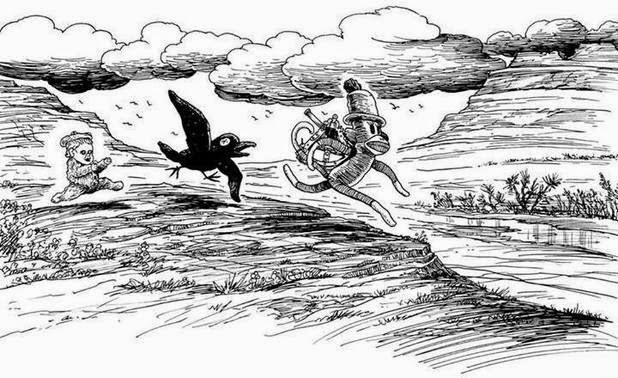