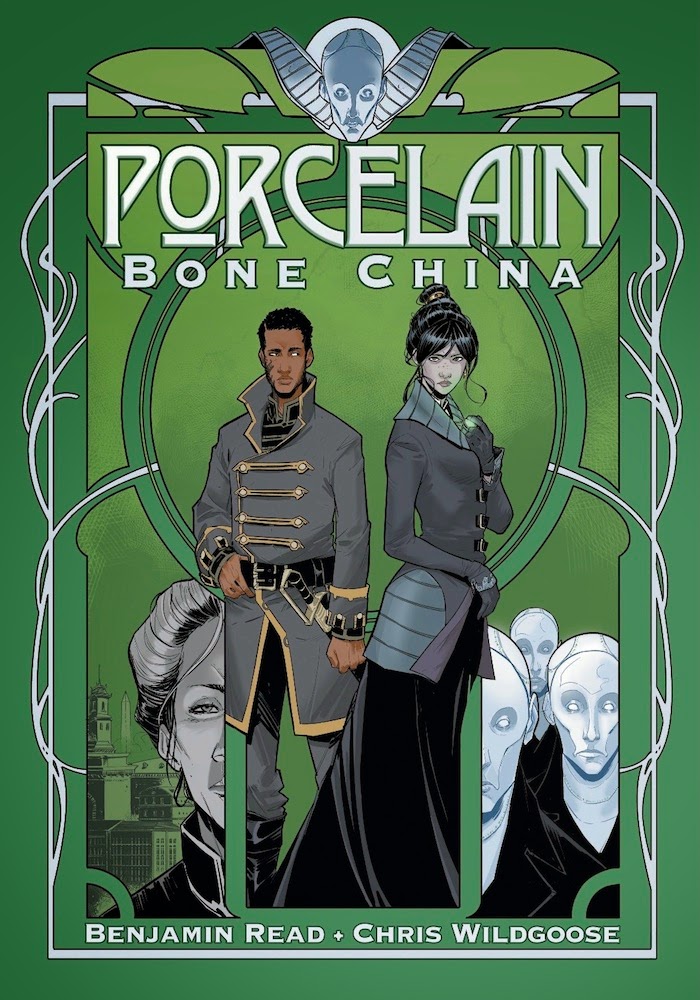 I really enjoyed Benjamin Read's and Chris Wildgoose's debut graphic novel, Porcelain- more than anything I was impressed by how accomplished it was (and I don't mean that in a patronising manner, but that it was incredibly polished  and a very well-put together package for a first book from a small publisher). The story took familiar elements of fairytale: a young street urchin taken in by a rich benefactor, who loves and cares for her but warns her never to go beyond a certain door in the mansion; with new narrative facets: the benefactor has the power to give life to any porcelain object he creates, and much of their household is made up of these animated beings. Chris Wildgooses's art is beautifully fine-lined and evocative, mirroring the delicate balance being played out in the story itself.  Improper announced last October that the story would be told in a trilogy of books, with Bone China and Ivory Tower comprising the second and third installments, and have now set a release date of  Spring 2015 for Bone China. The trilogy has done very well for the publisher, having also been picked up by French publisher Delcourt for translation. Here's the official synopsis for book two:

'In Bone China, more than a decade has passed since the events of Porcelain: A Gothic Fairy Tale, and Child has become Lady. Inheritor of all of Uncle's secrets and wealth, she has continued his work, becoming equally as isolated in her quest to refine the Porcelain and put right past mistakes.

With the Porcelain more sought after than ever, Lady comes to the attention of a ruthlessly ambitious General who desires inhuman soldiers for the war effort and won’t take no for an answer. Other, more human, problems rear their head when a handsome young Captain discovers a secret part of Lady’s life. Faced with impossible choices, Lady must forge her own path through the complexities of love and war.'

Porcelain is written by Benjamin Read and illustrated by Chris Wildgoose, with colours by André May, and lettering by Jim Campbell, You can see a 5-page preview below. As with last time, Improper will be distributing a free, full colour preview of the first 12 pages of Bone China at Thought Bubble next weekend. I'm sure there will be copies of book 1 along with their other publications available at their table as well. If you haven't read it yet, I very much recommend picking it up. 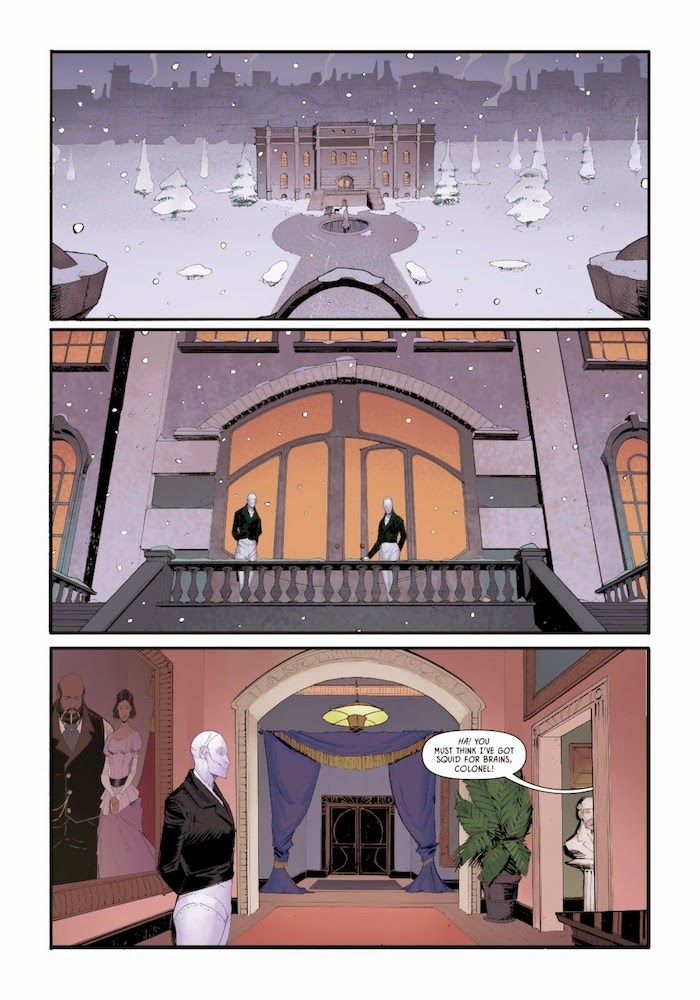 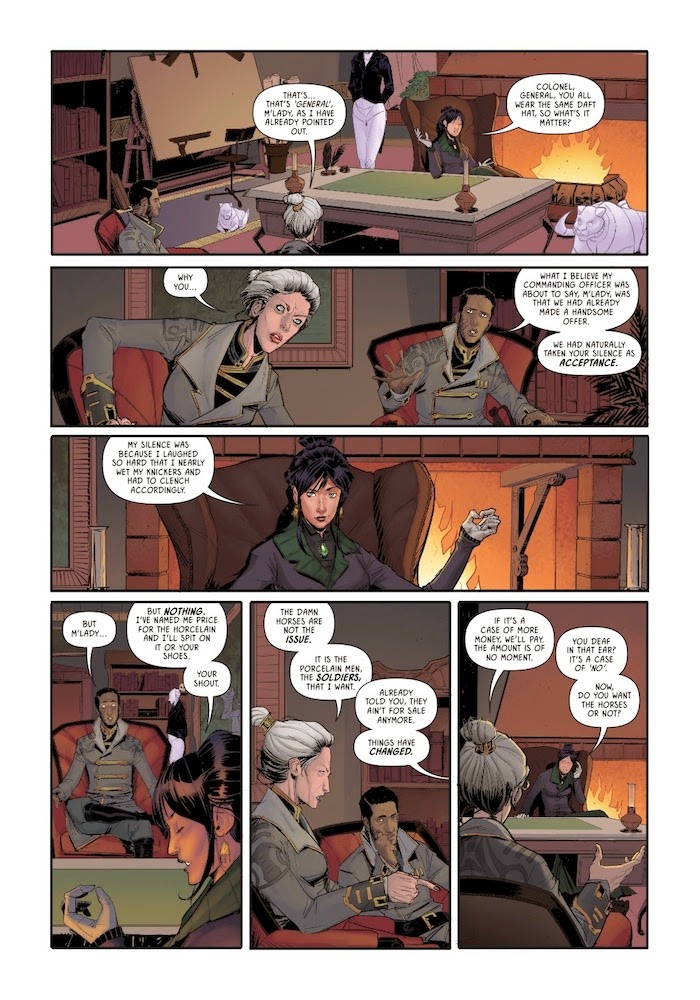 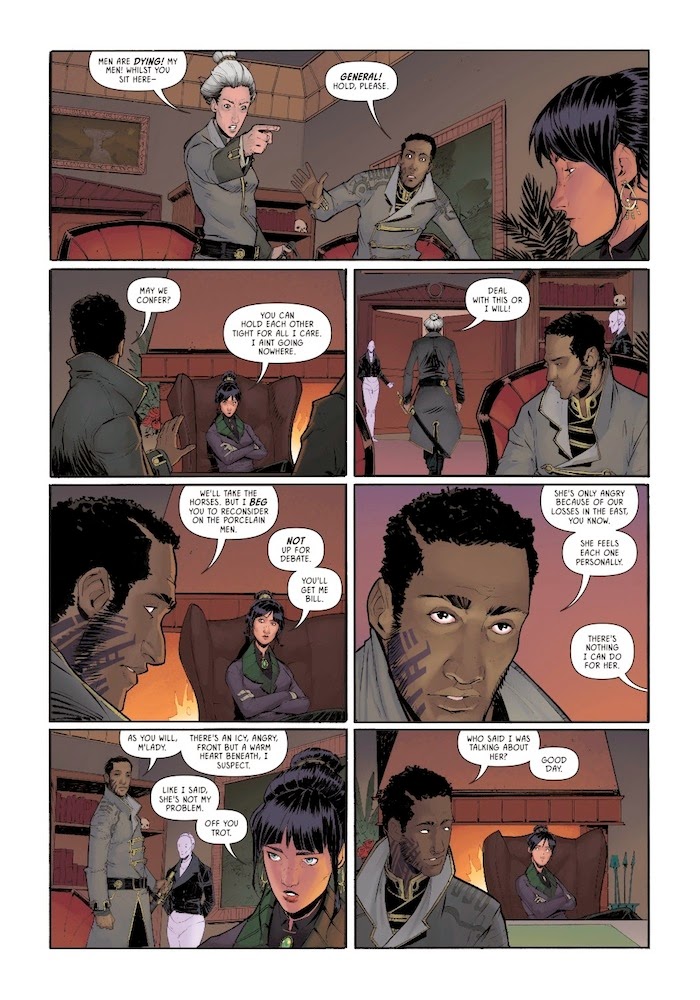 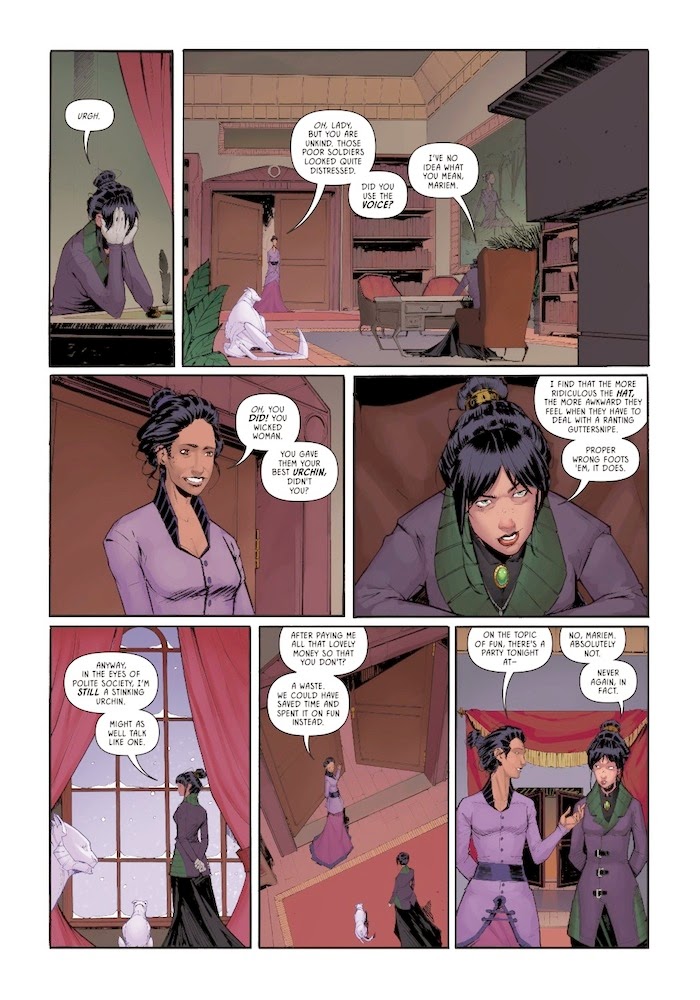 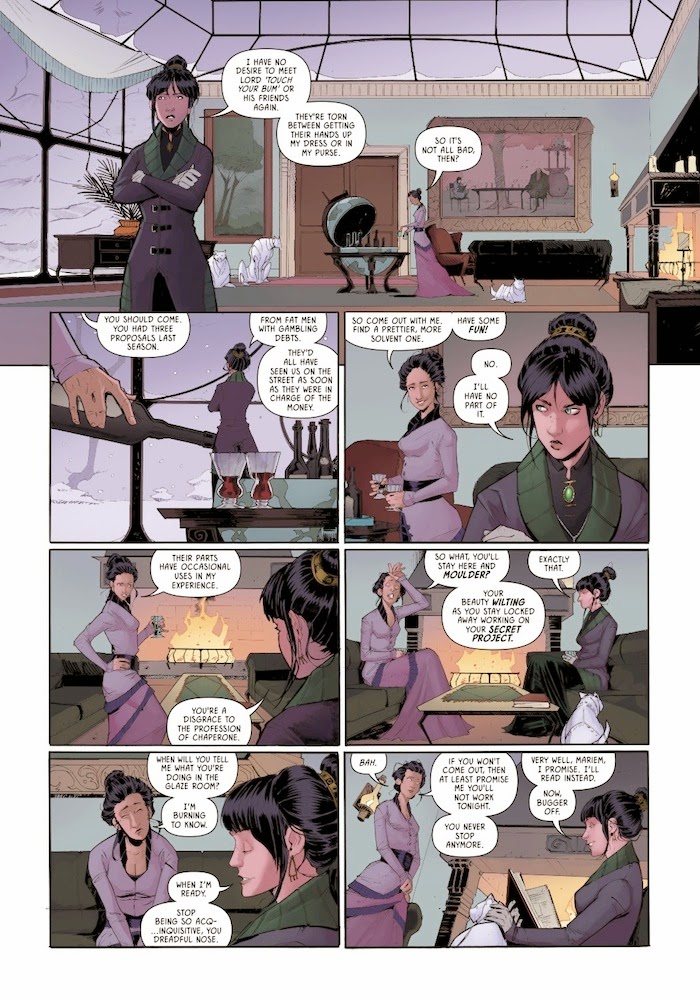