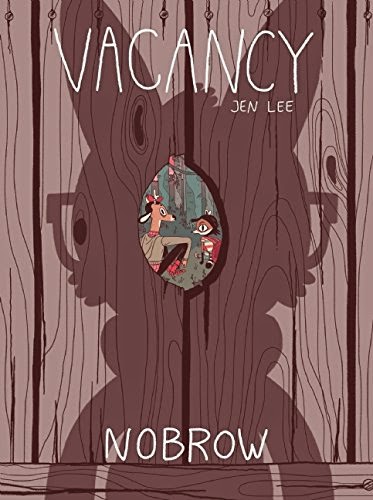 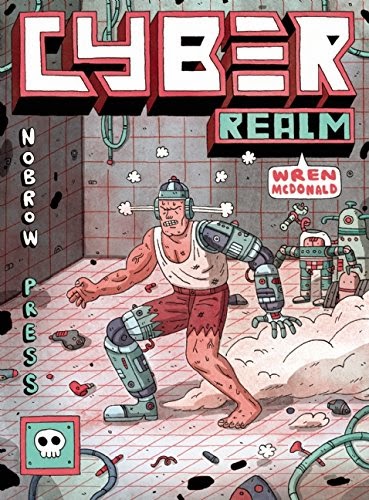 In the process of putting together a list of 20 most anticipated comics for 2015 -I did one last year and it seemed to go down really well- and came across a a number of upcoming titles from Nobrow, all apparently slated for publication next year. So I thought I'd share, as I generally tend to like almost 90% of what Nobrow put out, and it's nice to be clued in, and being able to get excited about interesting upcoming comics. As far as I can tell, all 4 of these books will be part of Nobrow's short-form 17x23 line, of which previous notable entries have been Mikel Sommers Obsolete, Luke Pearson's series- spawning Hildafolk, and Bianca Bagnarelli's Fish.

All four artist here are names I'm familiar with, but haven't seen a great deal from: Jen Lee is probably best known for creating the amazing, often animated, Thunderpaw comic, while I've read a few of Wren McDonald's self published comics- What's in Brick's Bag? and Plantr, and also follow both in Tumblr. I came across William Exley's work in the Nobrow anthology earlier this year for which he contributed a comic, and have been following Joe Sparrow's work for a number of years- one thing I admire about him is how he pushes himself- his style has changed quite a bit over the past 18 months or so, and I like the new direction and feel of it. Lee and McDonald are US-based, while Exley and Sparrow are British; it's good to see Nobrow continue to support young, fresh talent in this way. I guess these books from Nobrow will allow people to get better acquainted with each artists work, and provide a print platform from a well-regarded publisher; I intend to pick all of them up. No doubt I'll be talking about these in the run up to their respective releases, but for now, here's a look at the covers and official blurbs. As ever, release dates are by no means set in stone.

Vacancy by Jen Lee (projected release in April): 'In a disheveled and ransacked backyard, a dog named Simon has been forgotten by his owners. Simon breaks free and partners with a raccoon and a deer who take him into the woods. But Simon realizes he is not quite ready to live in the wild. And in the abandoned areas of the town strange things begin to happen. . . .Vacancy explores the ways that animals think; how they internalize their changing environment and express their thoughts, fears, or excitement.'

Cyber Realm by Wren McDonald (projected release in August): 'Before "the end" took place, all technology and robotics were locked away in a place deep underground known as the Cyber Realm. Now the technology that it stores is used by the King to bully the people into submission.Cyber Realm blends the best of sci-fi with honest and dark humor. It takes reality, breaks, twists, and rebuilds it into a new vision of the world.' 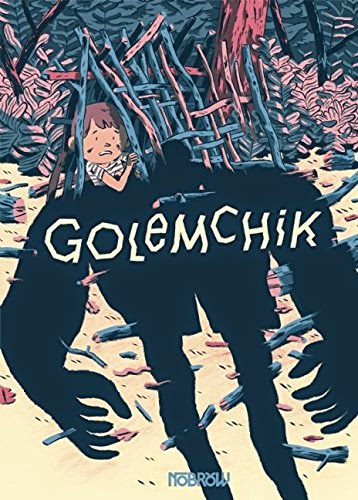 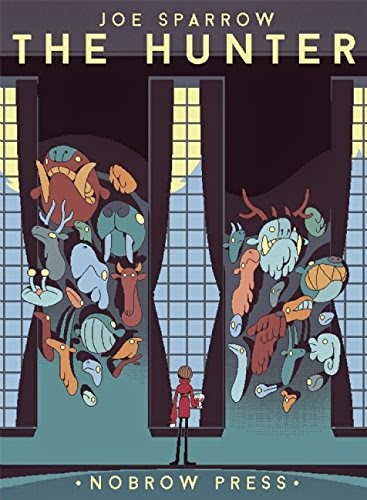 Golemchik by William Exley (projected release in June): 'Abandoned by his friends, one young boy goes searching for fun—and finds a golem on the hunt for the same. But as the two go about living out their dreams of having the best summer ever, the boy realizes that golems don't know how to take it easy. To save his town, he'll have to get his new friend under control!'

The Hunter by Joe Sparrow (projected release May): 'In a time centuries before our own, one arrogant hunter has grown bored of sport. Only the legends of a mythical beast excite him now, but when he goes hunting for the creature he quickly discovers that he is outmatched. Because this beast is not any mythical animal but is composed of all the hunted prey killed in the past, and it is most certainly out for revenge.'

In other Nobrow news, it looks like the publisher will be releasing an expanded version of Sam Bosma's Fantasy Basketball nest July. Originally self-published by Bosma, the comic debuted at SPX in September 2013 (I reviewed it here) with Bosma also making it available for digital purchase, and it appears to now be re-titled as Fantasy Sports and a longer-length 56 page story. I wonder if it will be in colour, too- that would really be something to see.
Posted by Zainab at 17:05