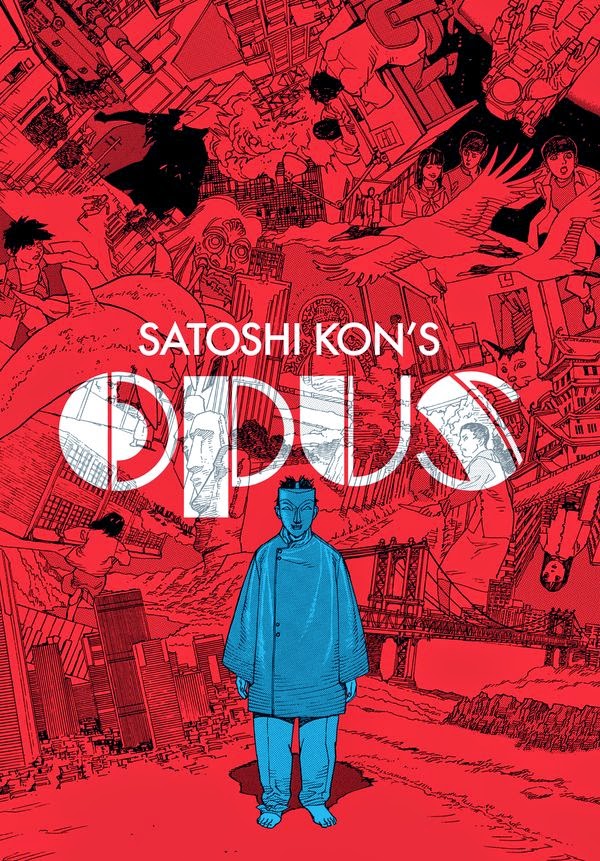 I make my weekly Friday visit to the comic book shop after work, and this week I'll have Satoshi Kon's Opus waiting for me (I know this because Jared already tweeted me about it). Released on Wednesday, Opus is Kon's last long-form manga, originally serialised in the bi-monthly Comic Guys between 1995-96, but left uncompleted after the magazine was discontinued. However, in 2010 Tokuma Shoten released a 2 volume collection, collating the story for the first time, including a previously unseen ending, and additional extras. Translated by Zack Davisson (Shigeru Mizuki's Showa: A History of Japan), Dark Horse's English edition collates all the material in one 380-page volume. Kon's only other available English-language comic is Tropic of the Sea, with Dark Horse also due to publish Seraphim early next year.

Dark Horse's manga editor, Carl Horn, describes Opus as 'a metafictional journey...a funny and ironic look at the manga industry as well as a serious meditation on the limits and responsibilities of a creator, trademark themes of reality, fantasy, perception, and the role of the creator.' Kon was an acclaimed and highly regarded film-maker, helming animated movies Perfect Blue, Millennium Actress, Tokyo Godfathers and Paprika, although he began working on comics before his film career took off, serving as an assistant artist to Kastuhiro Otomo on Akira. It's nice to see his work being given wider language editions, and this certainly looks worth your time. Here's more from Horn on the book:

'The OPUS manga begins with what is seemingly another manga entirely, entitled Resonance, about a mind-reading cop named Satoko in a showdown with a telekinetic cult leader called The Masque. The manga is presented the way it would look in a Japanese magazine, with intro pages in color and sidebars explaining the characters and asking for reader feedback. But Resonance soon breaks down to black-and-white pages, and then rough pencil layouts…and then we see a guy showing the layouts to an editor, and realize Resonance is just a manga that exists within the actual story of OPUS—a story about Resonance’s creator, Chikara Nagai, who’s struggling to finish the final chapter by the magazine’s deadline. Unfortunately for Nagai, it turns out that Resonance isn’t “just a manga,” and “it exists” for real—and before he knows it, he’s drawn into Resonance, where he discovers the characters in the manga think of it as their world, and aren’t too pleased (or impressed) to meet their creator!'

You can see a lengthier preview over at Dark Horse's website. 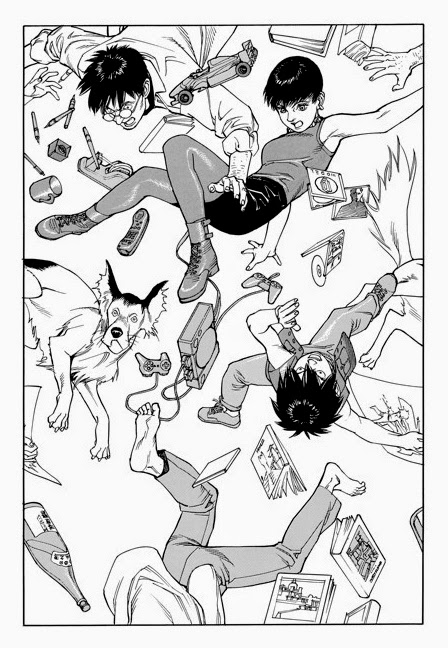 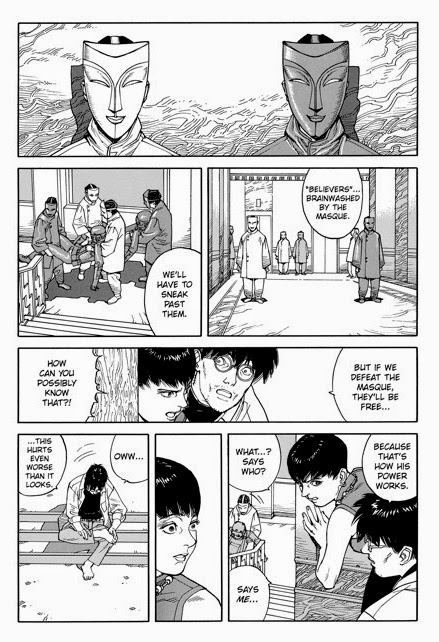 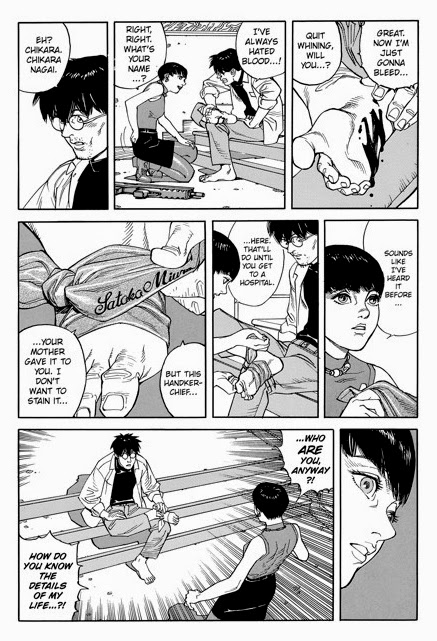 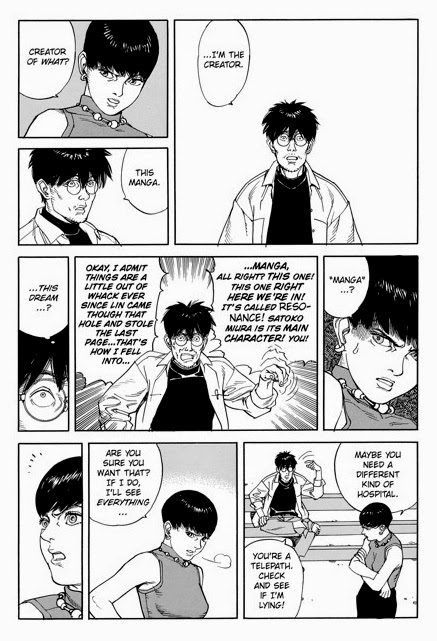 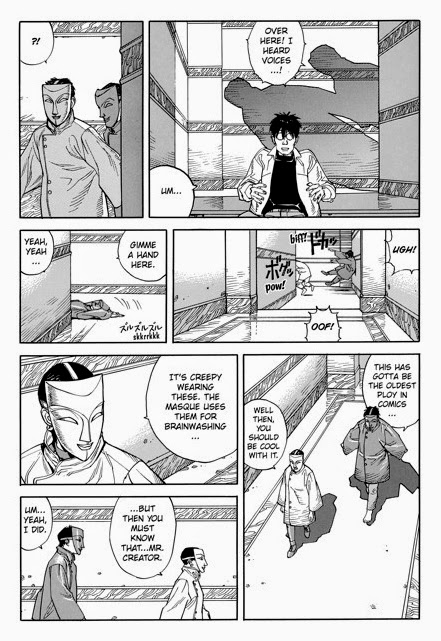 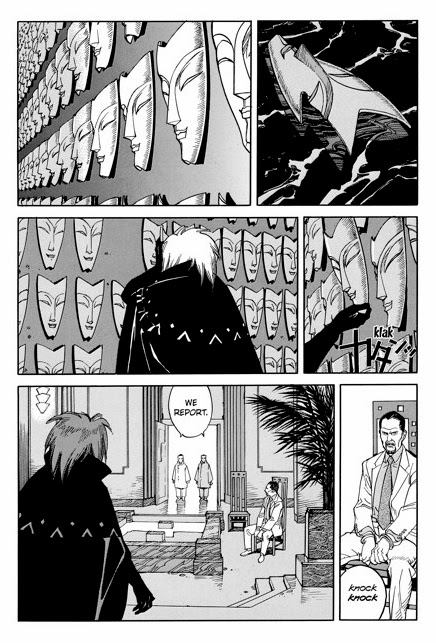 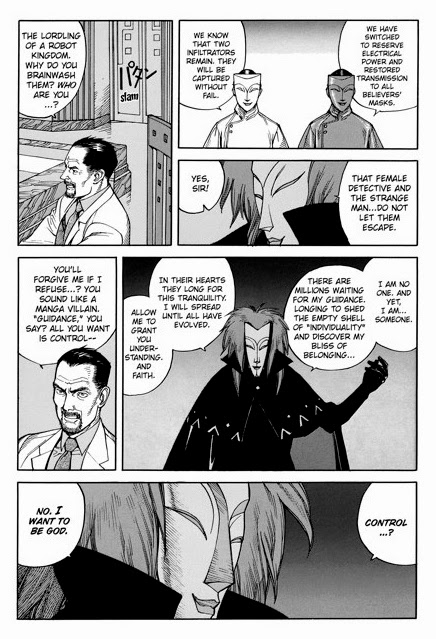