'Beauty' sells out of original print run; second printing due in February

There was a blog-post on the NBM site yesterday announcing they'd sold out of the first print run of Kerascoët and Hubert's Beauty. Beauty was originally published in French in 3 volumes, but released in English for the first time this October as a complete, collected edition. It's now gone to a second printing which will be available in February, although no doubt it is still in stock at some comics book shops and online outlets. If I recall correctly, the publisher also quickly sold out of the limited , early copies they had at SPX, whilst commenting that interest in the book was high, with people asking for it by name. Beyond seeing that people are buying translated work (when it traditionally does not do so well with English language audiences) with apparent increased vigour, this is interesting to me also because I really enjoy Kerascoet's work, and Hubert's and Vehlmann's- and I think the success of Beautiful Darkness (which also quickly went into a second printing, made the NYT's bestseller's list and was widely very well received indeed) went some way into contributing to awareness of Kerascoët and that they would have another book out soon. No doubt the preemptive buzz surrounding Beauty that Whitman mentions was in part due to the success of that book, and the share enough surface similarities to allow for comparison.

Another noteworthy aspect around the two books is the manner in which they've been marketed. Cheryl Lynn and I had a brief discussion on marketing on Twitter a couple of days ago, some of it regarding the manner in which comic publishers release information about their work, the outlets they target, the extent to which they push and pursue. I think Lynn hit the nail on the head when she remarked that for many comics publishers, marketing is still largely focused on the same audiences via the same avenues, in addition to the job being at times being shunted into the parlour of editors and artists themselves. There are differences in budgets and the size of companies, of course, but it's not always seen as a specialist job and role -which it is-  ties into notions of it being unseemly to push and sell your work, particularly if that work is 'art,'  It struck me again recently when reading Julian Lytle's comments on the state of Marvel's Storm solo series: 'If Marvel really wanted to push Storm and make it a success, how come they never put it out in front of stuff black women know about and follow? How come I didn’t see it in Ebony, Essence, Jet,  Madame Noir, The View, Queen Latifah, or Wendy Williams?'

A couple of comics publishers who do do the job well, are Drawn & Quarterly and Koyama Press. Both have people specifically hired for the job, and that's reflected in the variety of publications covering their books. The campaign for Beautiful Darkness began in November last year when they formally announced they would be publishing the book in February 2014, with previews releasing in January, with sites from Buzzfeed to the LA Times anticipating its release, a trend which continued once the book hit shops and was widely reviewed and written about. I'm not sure that NBM have been as active in showing off what they have, or done much to capitalise on the groundwork laid by D&Q. The selling out of the initial print run seems to me have happened at the audience's autonomy and behest more than anything.

You may argue that Beautiful Darkness is a special book, and it is, but believe me,  Beauty is equally as intriguing and even more gorgeous to look at. It's an incredible book, more complex, more dense, with lots of layers to pull at, and the art is simply gloriously sublime. I'll be writing about it soon- I promise! If you do want to reserve a copy at a comic book shop for February, the Diamond order code to use is JUL141324. Here are a few pages to look at, if you haven't seen any of it yet: 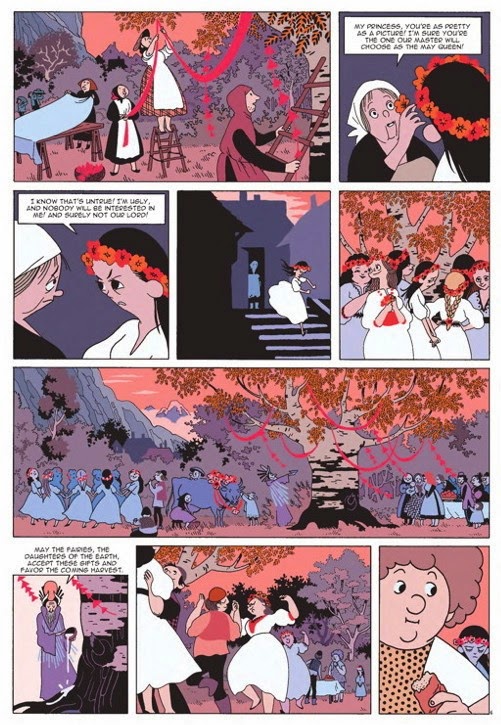 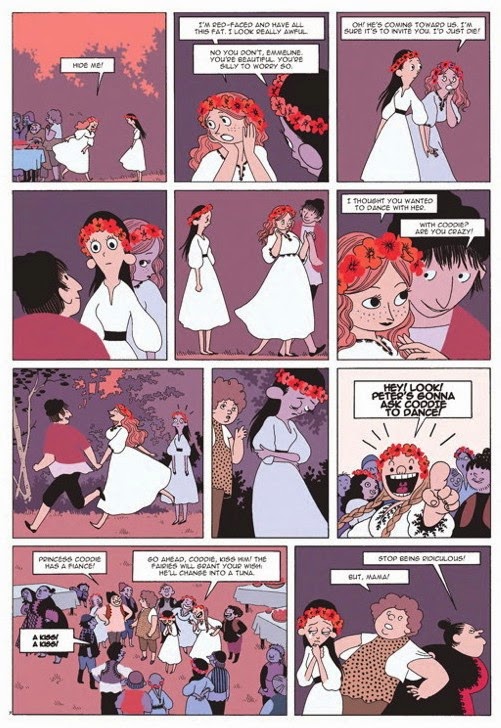 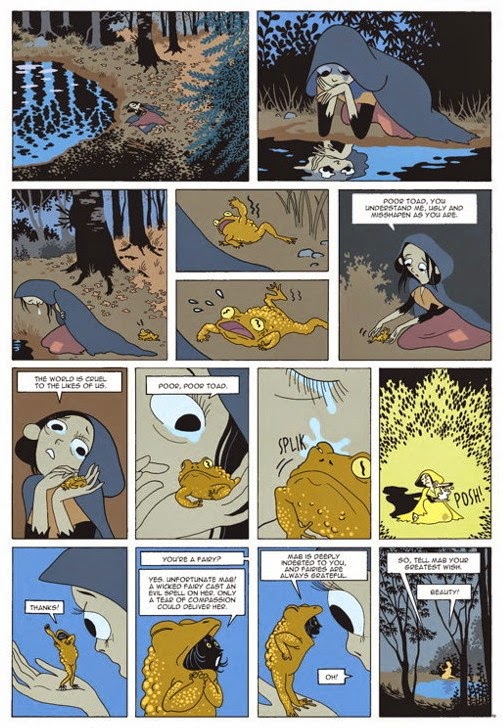 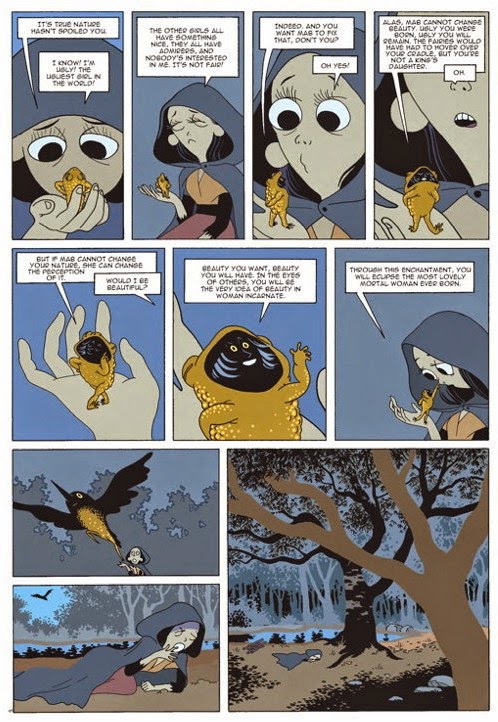