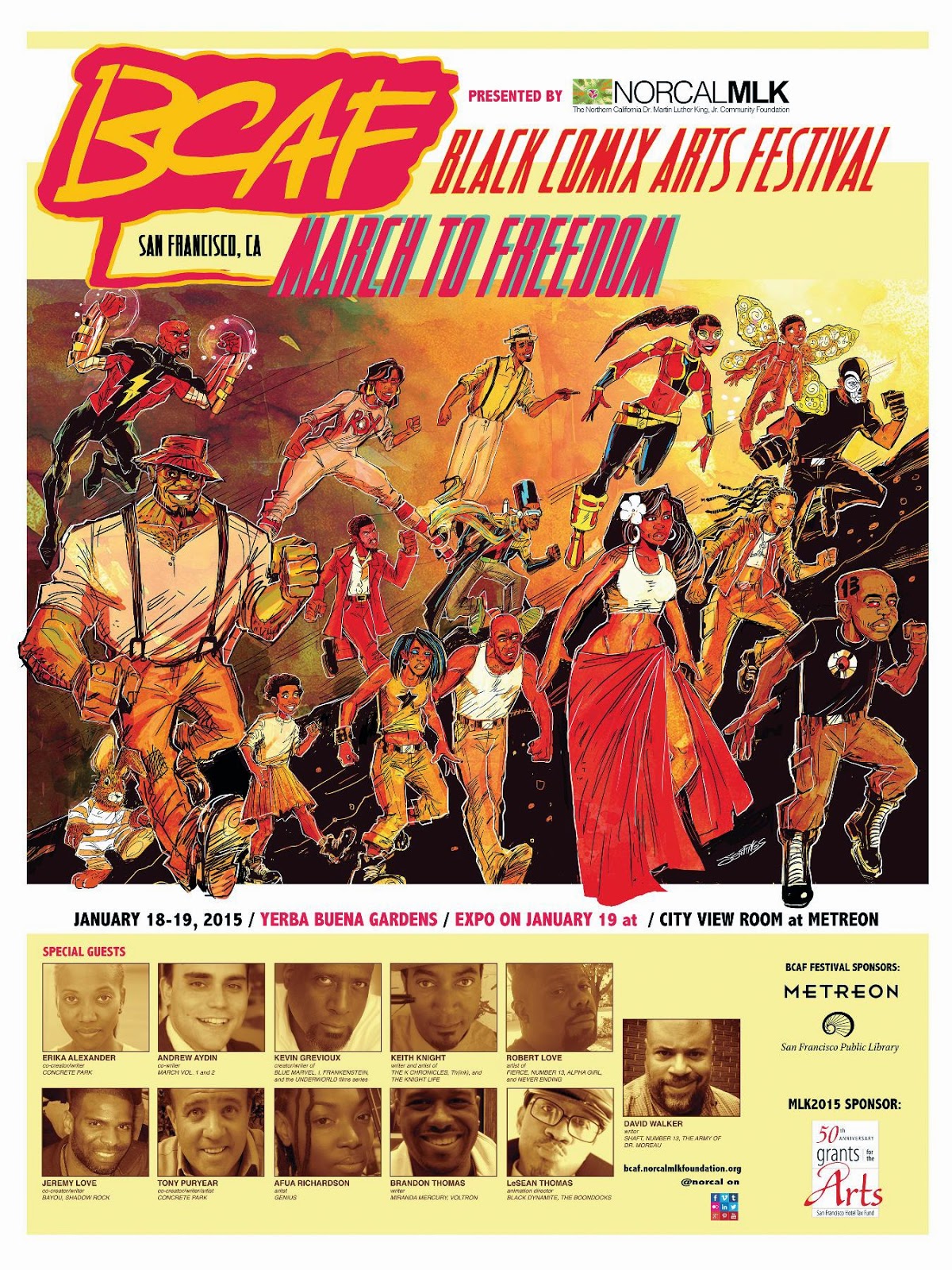 There's another new comics show hitting the circuit in 2015: the Black Comix Arts Festival, or BCAF, will be hosting its inaugural event in January over the weekend of the 18/19th at San Francisco's Yerba Buena Gardens. The festival is funded by the Northern California Dr. Martin Luther King, Jr. Community Foundation, a charitable organisation who aim to put Dr King's vision into practice in helping people to connect to community and services via a variety of ongoing and targeted initiatives, of which BACF is the latest. The event  and activities are free for all to attend and the programming sounds strong; in addition to the main show which will see the likes of LeSean Thomas (animation director of Black Dynamite, The Bondooks), Afu Richardson (Genius), Tony Puryear (Concrete Park), Erika Alexander (Concrete Park, and more in attendance, there's also a range of kids activities, film screenings, panels and cosplay- for a fuller, more detailed look at what's on, visit the website here. I think table applications are also still open, if you're interested in exhibiting- again for further information and prices, the site is the pace to go.

'BCAF’s mission is to celebrate the creativity and subjectivity of African Americans in the comic arts and popular visual culture and is dedicated to the notion that all audiences deserve to be subject in the culture in which we participate.'

I used to be pretty ignorant regarding this type of identification: 'queer anthology,' 'short stories by black writers,' 'poems by Muslim women'  and so forth, thinking it further boxed in and reinforced labels applied by others, and that a person is a person and should be defined as such, but the reality is we live in a world which hasn't progressed to that level. What it does allow people to do is not only own and appropriate the label for themselves, but also to celebrate who they are, what they do in a hugely affirming way, and to create spaces that frankly aren't always available elsewhere. These are the kind of events and creators that support should be thrown behind, if you're truly interested in seeing comics from artists of colour, rather than vague, superficial attempts at 'diversity.' I can see BCAF being well-attended -comics audiences, at least, have grown more and more diverse-  and I hope it is, and that it's the first of many.
Posted by Zainab at 14:02