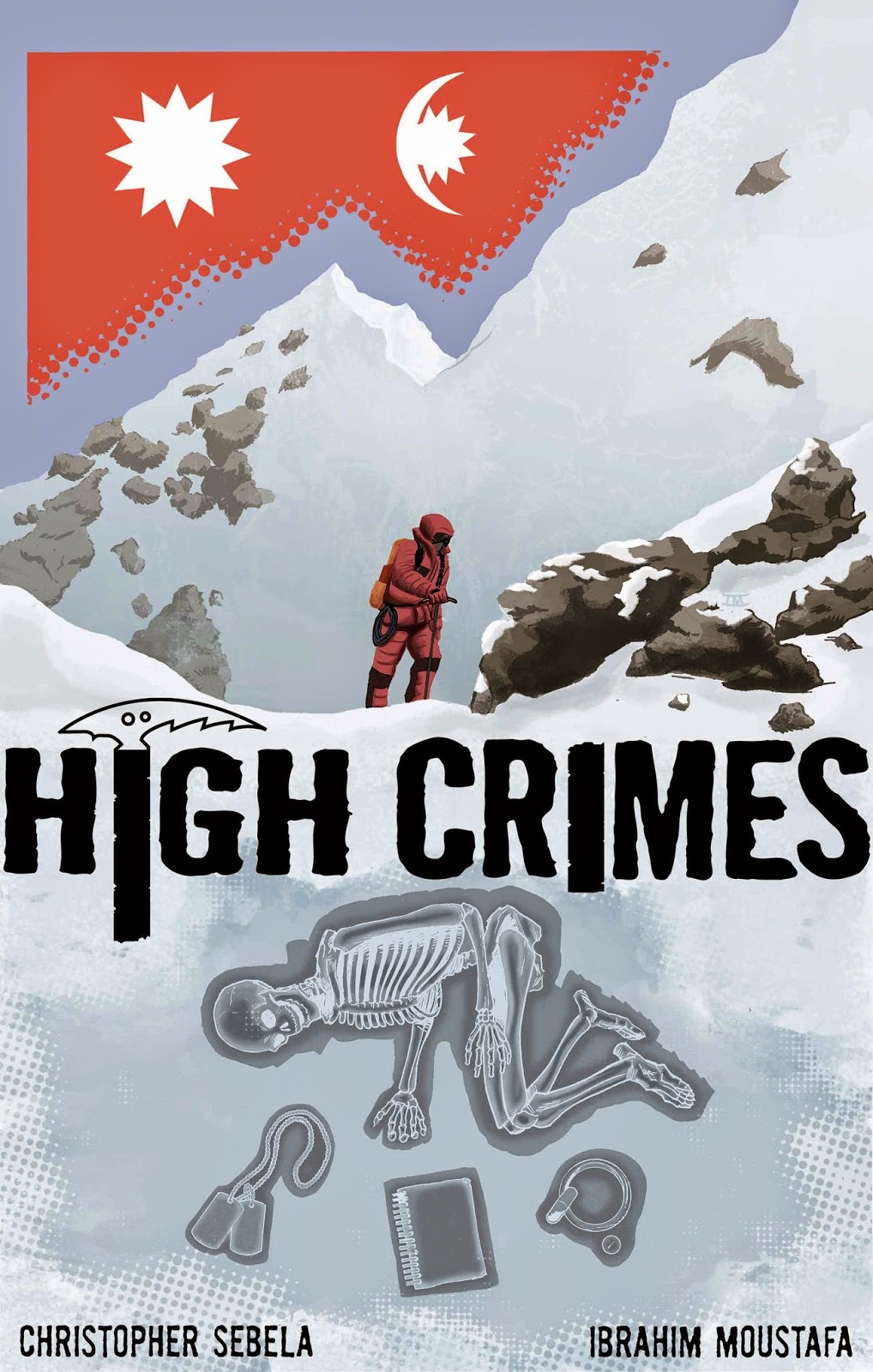 Hey look- here's me being negative: I hate reading comics digitally. Just loathe it. Half of this is due to a love for print and its excellent paper touchy smelly nature, and half of it is that I hate being in front of a computer screen any longer than I have to after the constants of work and writing about comics (not helped by the fact that I get awful, awful migraines). So despite there being a lot of very attractive and interesting digital comic titles, it means they go unread or I wait until they see print. One of said titles that I've previously made a mental note of is Ibrahim Moustafa and Christopher Sebela's High Crimes, originally published digitally by Monkeybrain Comics and nominated for an Eisner earlier this year. It's a series I've heard a great deal about -along with another Monkeybrain title, Bandette- and it was announced back in May that Dark Horse would publishing a hardback, print version collecting all 12 issues next July, and this is more a reminder to myself to check this out at that point in time. There are certain scenarios I gravitate towards to and snowy murder mysteries are one (that's kind of specific, right)- where the protagonists has to battle against the elements and nature as much as people wanting to kill her.

'Disgraced Olympic snowboarder Zan Jensen has relocated to Kathmandu as a climbing guide, while running a sideline business as a high-altitude grave robber. When a body is found at the summit of Everest with a treasure of state secrets under its skin, Zan finds herself in the crosshairs of a government hit squad bent on bringing the body home. As she races to the roof of the world, Zan will navigate bullets and avalanches to find salvation in the deadliest place on earth.' 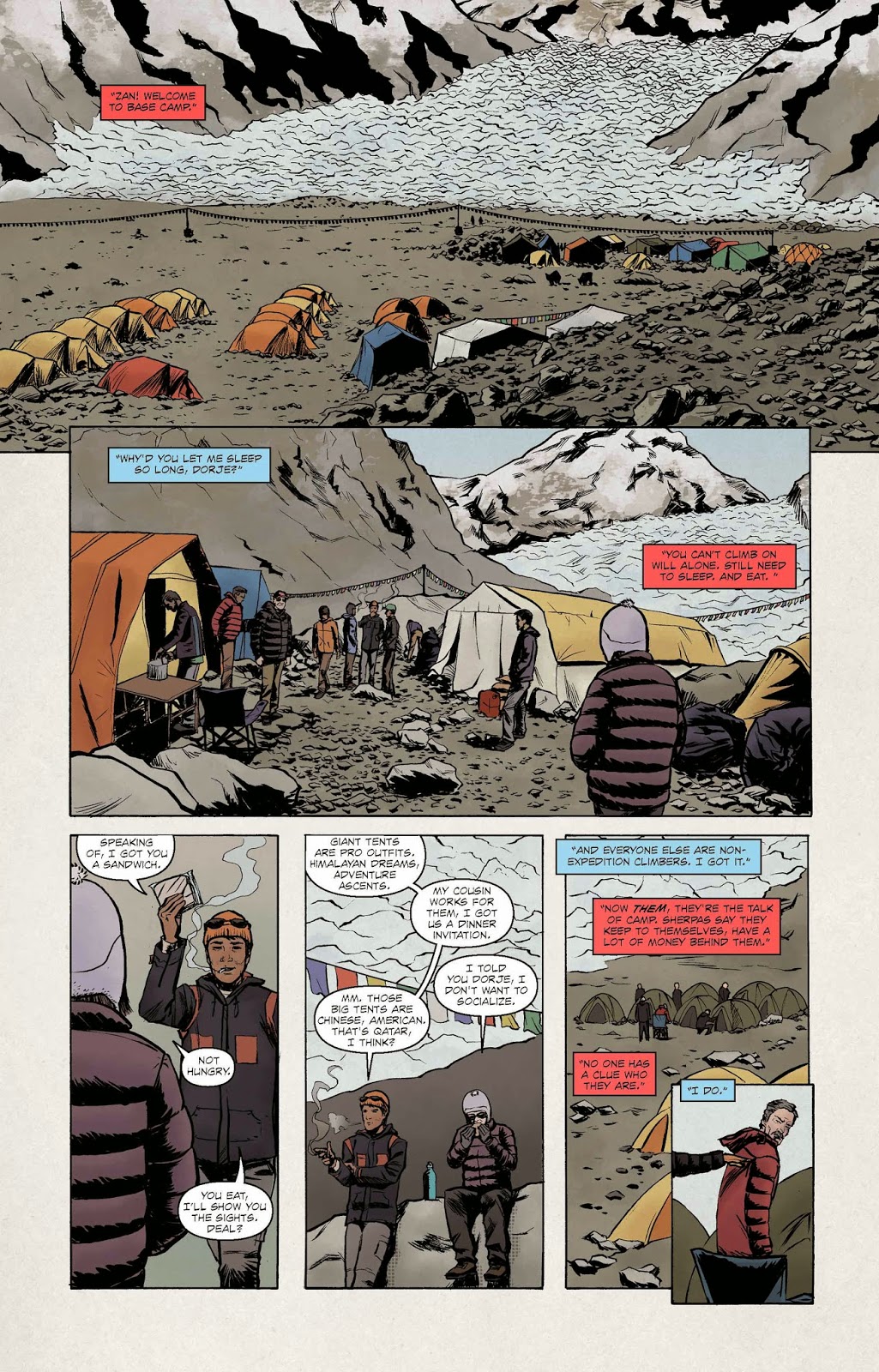 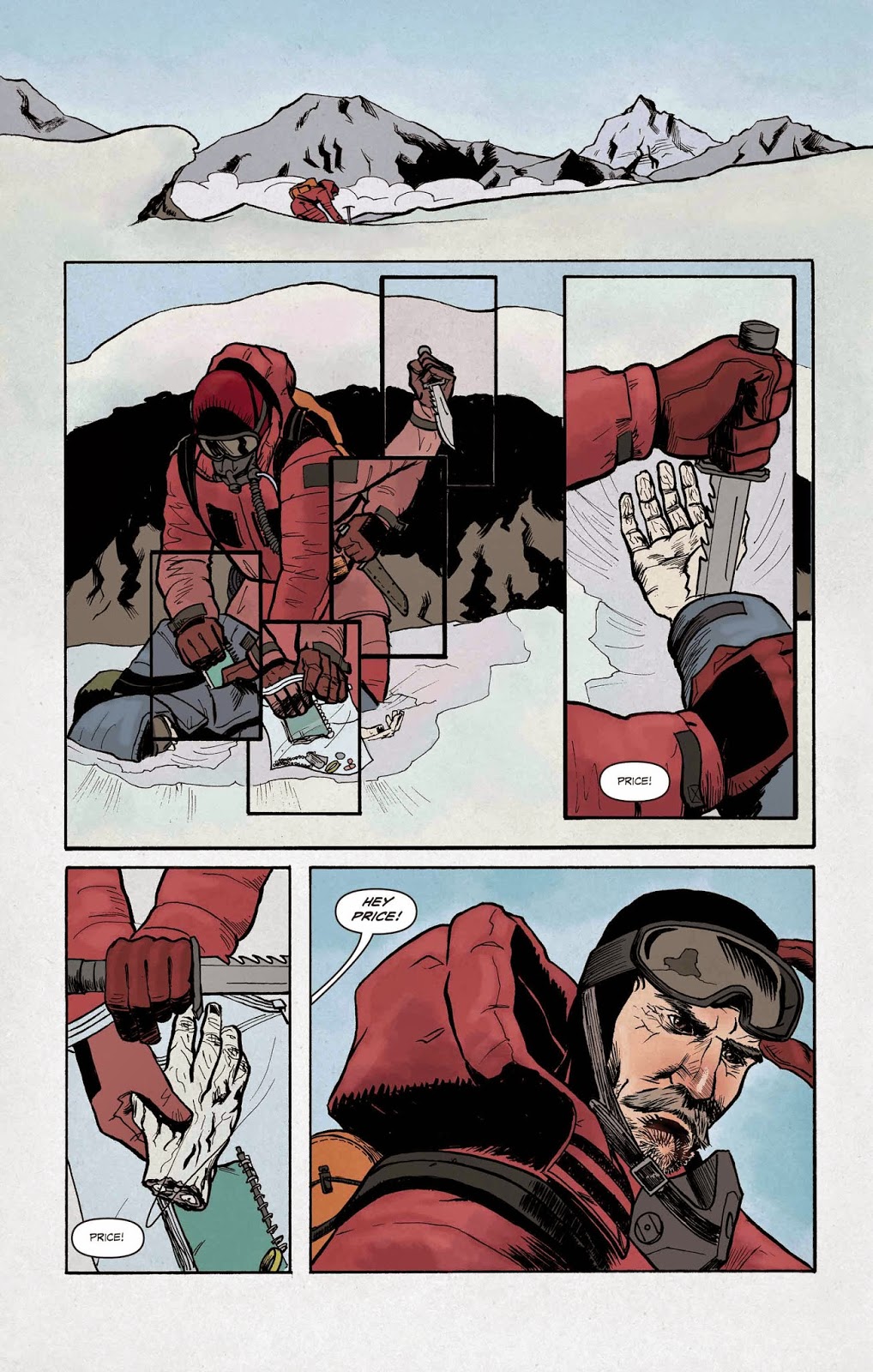