The comics internet was all a-excite yesterday over the news Nate Simpson had finally finished the second issue of Nonplayer. Which is great. I like when people get shit done. But being the hibernating comics snail I am, I did wonder who Simpson is and what Nonplayer was. And it's a simple enough story: prodigious talent produces excellent first issue of a new comic, but due to various circumstances is unable to return to work and complete on further issues. Simpson wrote and illustrated the first (of what was intended to be a 6 part mini-series) issue of Nonplayer, publishing it with Image in April 2011 (fun fact: also the month and year in which this blog came into bloody being) and has now finished work on the second issue, which will be due for release in May 2015. In a post on his website, titled 'Halley's comic returns,' Simpson is honest and upfront about the delays and challenges he faced in getting the second installment done: finances, time, motivation, life: having a child, and so forth- it makes for interesting reading.


In addition to once again reading a comic artist's experience of struggling with creating for any number of reasons, on my part I was a little agog to see something which seems very much in my ballpark in terms of appeal, art and certain facets, seemingly come out of nowhere. I always feel like I should know, or be told, about these things- there's a lapse in the chain here somewhere, folks. As has no doubt been mentioned repeatedly, Simpson has an incredible style that evokes Geoff Darrow (especially in the beasts/creatures he draws) and Terry Dodson- a pared back (in colour and detail) Seth Fisher- one of the aspects he stresses in his blogpost is an unwillingness to compromise on quality on a project of love (he mentions the first issue took a year to complete) and that shows- just look at these images from Nonplayer #1: 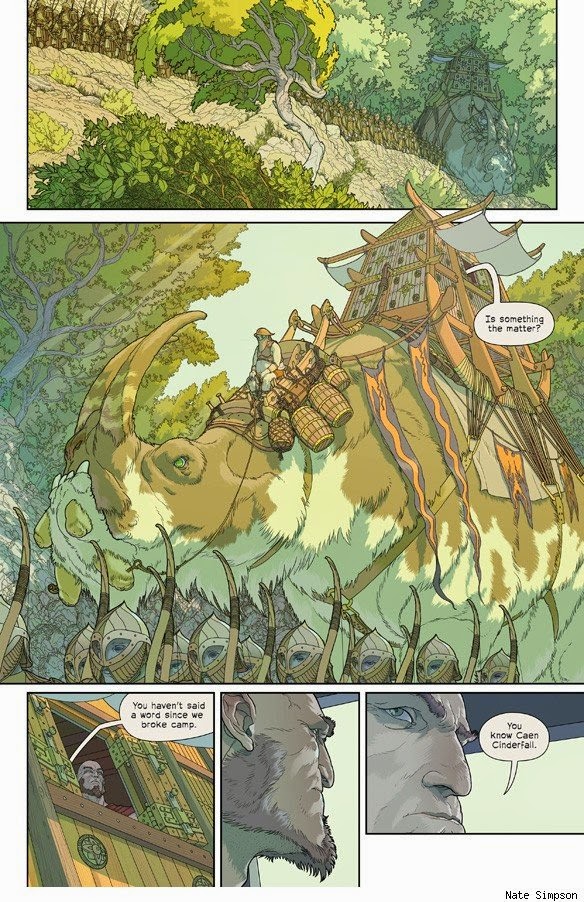 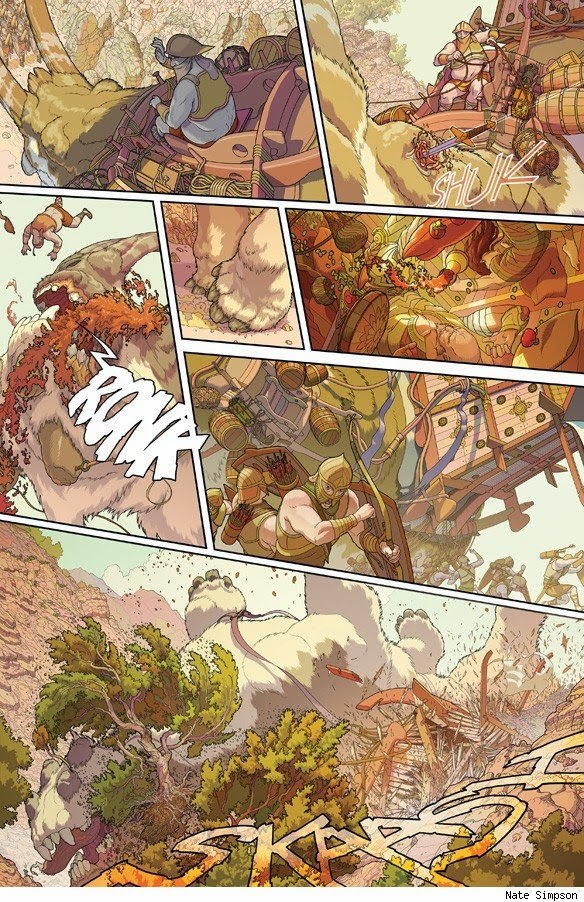 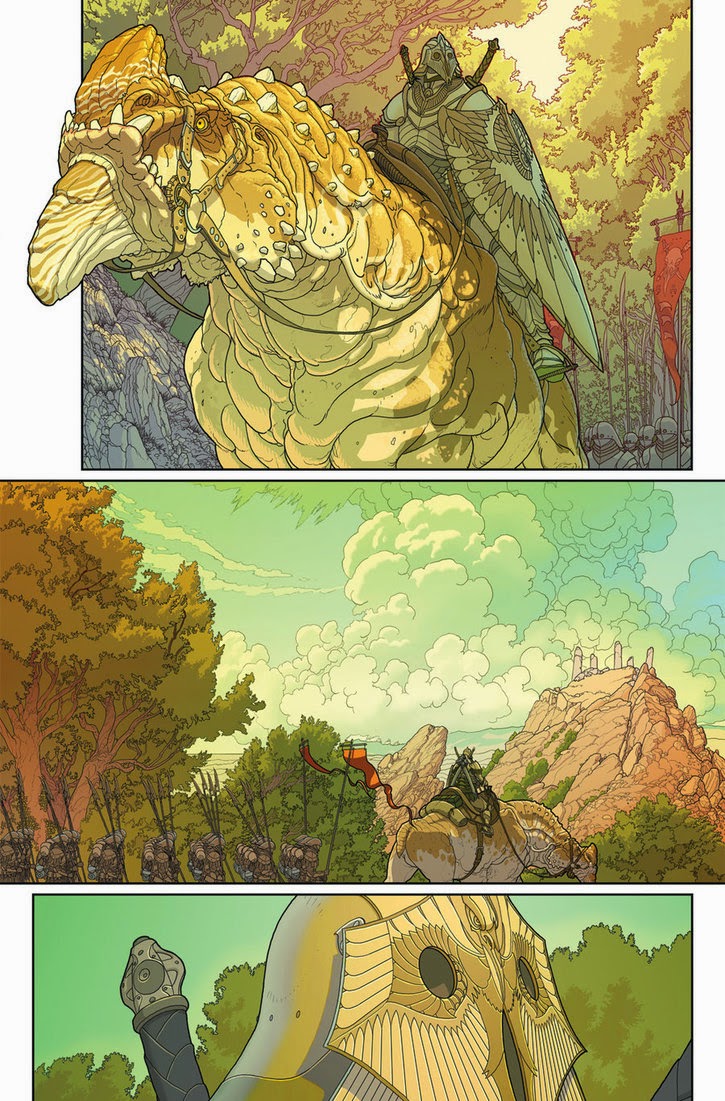 So what's the comic actually about? A sci-fi fantasy story centering around Dana Stevens, a brilliant young woman who chooses to spend every free moment role-playing as a fearless warrior in a luscious video game fantasy world called Jarvath, that may have more to it than meets the eye. Dana is not alone in her pursuits and before long her adventures begin to cat-and-mouse back and forth between the two worlds. It sounds good; it looks good- I'm on board.

Although Nonplayers #1 went into a second printing at the time, it's now out of print and selling for the predictably extortionate prices on places like Ebay. Simpson's been in touch with publishers Image about re-releasing it, either digitally or in print -or both- but is yet to hear back. I think it's a safe bet that will happen- this is a special comic that will be easily saleable, not to mention that Image are in far better position with a much large audience then they were 3 years ago; it can only benefit them to give newly interested people the starting point for the story. Something else to look forward to in 2015. 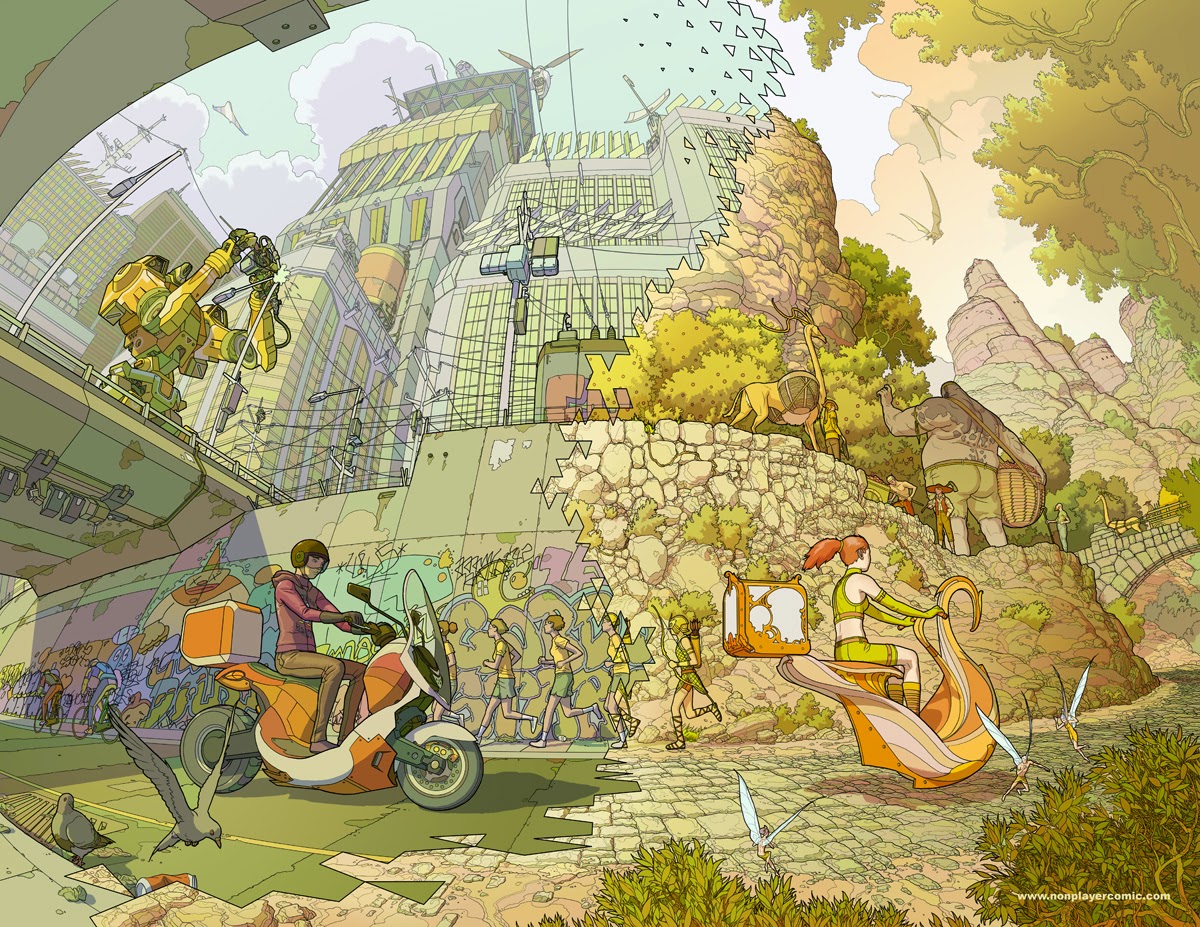