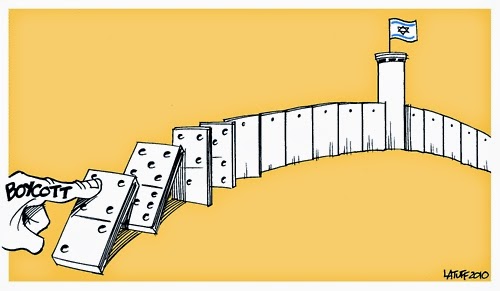 Lewis Trondheim, Jamie Hernandez, Jose Munoz, Igort, Alison Bechdel, Kate Beaton, Ben Katchor, Gabby Shulz, Eleanor Davis, Warren Ellis, Dylan Horrocks, Jacques Tardi, and more are among over 80 signatories who  have put their names to an open letter to Franck Bondoux, the head of French comics festival Angoulême -a show that is widely considered the medium's most prestigious event of its kind- asking him to end its association with Israeli drinks manufacturer, SodaStream. The letter is a follow up to a 2014 counterpart and in-person protests, and includes people invloved in the comics industry beyond cartoonists, among them writers and critics Jeet Heer, David Brothers, and Rob Clough, in addition to 10 Angoulême prize winners, two winners of the MacArthur 'Genius Grant,' many Eisner and Ignatz awardees, and a Palestinian cartoonist previously imprisoned for his work by the Israeli military.

SodaStream has been the subject of various international boycotts for locating its main plant in an illegal settlement in the occupied West Bank, with the company subsequently announcing it would be closing the factory by late 2015 and moving the plant to Lehavim in Israel’s southern Negev region, a decision it stated was due to 'purely commercial' reasons. However, a statement made by the BDS (boycott, divestment and sanctions) movement, which has been garnering increasing international support in taking tougher action against Israel, makes clear that this does not signal the  end of the problem: 'Even if this announced closure goes ahead, SodaStream will remain implicated in the displacement of Palestinians. Its new Lehavim factory is close to Rahat, a planned township in the Naqab [Negev] desert, where Palestinian Bedouins are being forcefully transferred against their will. Sodastream, as a beneficiary of this plan, is complicit with this violation of human rights.'


Cartoonist Ethan Heitner, and writer Dror Warschawski, organisers of the open letter, also released an accompanying statement in the wake of the slaying of cartoonists Wolinski, Cabu, Honoré, Tignous and Charb, among many others in Paris earlier this month, 'These horrific acts of violence compel artists of the world to act urgently for a world where the dignity, freedom, and equality of all people are respected and promoted. We affirm that the Palestinian boycott movement is one important step towards that vision, and we urge others to join us.'

Angoulême opens in France on January 29th. A full transcript of the letter is reproduced below:

We, cartoonists, illustrators, writers, editors, distributors, translators, critics and workers in the comic book industry, alongside people of conscience from countries all over the world, re-affirm our February 2014 call for the Angoulême International Comics Festival to drop all ties with the Israeli company Sodastream. Furthermore, we urge the Angoulême Festival, and all festivals, conventions, and celebrations of comics and cartooning art in which we participate, to reject any partnership, funding, or co-operation with any Israeli company or institution that does not explicitly promote freedom and justice for Palestinians, as well as equal rights and equality for Israeli Jews and Palestinians, including the Israeli government and its local consulates, so long as Israel continues to deny Palestinians their rights.

Today, the Sodastream company proudly boasts of its factory’s location in the illegal settlement of Ma’ale Adumim, which makes it complicit in the crime of military occupation. However, even if Sodastream, thanks in part to the pressure campaign launched last year, moved its manufacturing to the Negev (where Palestinian Bedouins are facing eviction from their ancestral lands by Israeli government’s Prawer Plan) it, and other Israeli companies and institutions, are part of a system built on the mass ethnic cleansing of Palestinian communities and sustained through racism and discrimination. It, and other Israeli companies, contribute to the economy of a state which conducted a brutal military assault against a civilian population in Gaza in the summer of 2014, resulting in over 2,100 deaths, including over 500 children.

We cannot accept our art being used to whitewash these crimes, as the Israeli Ministry of Foreign affairs has explicitly stated it will attempt to do through its “Brand Israel” campaign. Angoulême, a center of appreciation for comics internationally, should not be used in this manner.

We again urge you to sever ties between the Festival and Sodastream, and we extend our call to directors and organizers, editors and associations of comics and illustration around the globe. No “business as usual” with lsrael!"

A full list of all signatories can be seen here. Anyone (involved in comics in some way) wishing to sign their name to the letter, or contribute graphics can email lettertoangouleme@gmail.com 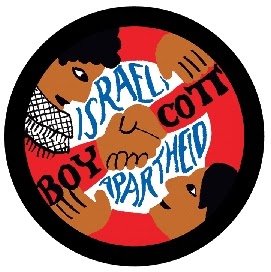