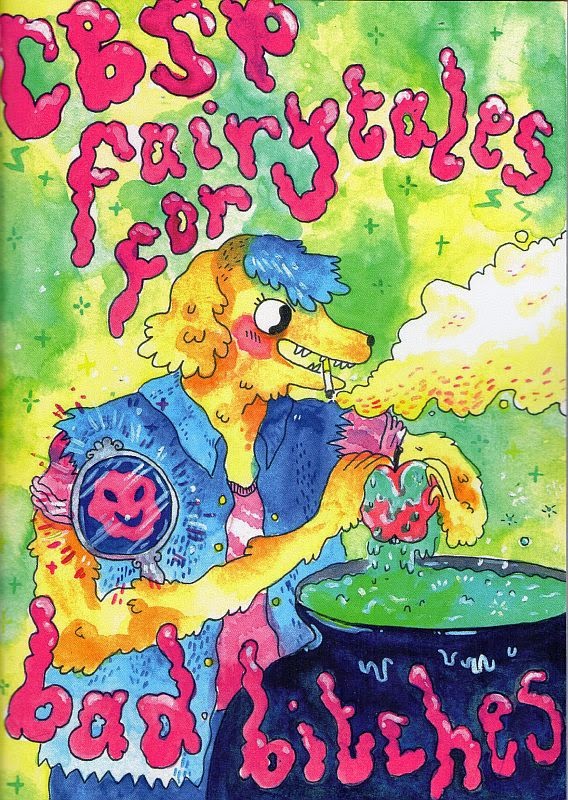 The proliferation and use of a concept over time often leads to a dilution of nuance and meaning, and in the case of character tropes in fairytales- which were perhaps not particularly deep or strong to begin with- they are reduced to decidedly one dimensional status: the evil step-mother, the good, virtuous princess, the sacrificial lover, the handsome prince, the bad witch, the duplicitous woman, and so forth. This dilution and change extends to the stories themselves; from dark parables and uneasy moralistic fables to flat, shiny happy, and although the genre is wide-ranging in both origin and content, in western culture, at least, it has become synonymous with Disney, and the company's hugely popular iterations of specific tales, largely centered around female characters: Cinderella, Snow White, Beauty and the Beast, Sleeping Beauty, The Little Mermaid, and more.

These characters have, in turn, been bundled into a franchise known as 'Disney Princess,' (singular, for some strange reason) a group that currently comprises of 11 members, incorporating further Disney properties such as Pocahontas, Mulan, Tiana, and Merida, and whose function is essentially to spawn lines of merchandise and theme park rides. The ubiquitous nature of Disney, its fairytales, and the representation (until more recently) of the Disney Princesses has propagated an ideal in which women and girls have very little or no agency, are weak and dependent in body and mind, in need of saving from others -usually men, as subservient, and looking for men to fulfill and complete their lives. Additionally, the Disney Princesses all adhere to conventional beauty standards, slim, with long hair, large eyes, clothed in dresses, and adhere to traditional ideas of femininity. On a peculiar, curious aside, the Princesses are not allowed to make eye contact, face or acknowledge each other in marketing and promotional materials in order to keep the mythology of each intact (maintaining canon, as it were), a concept that feeds into harmful notions that girls and women can't be friends and must be pitted against one another.

Comic Book Slumber Party's Fairytales for Bad Bitches is the utter antithesis of all this thinking.

A young girl is left under the care of her sister's friend -the wonderfully monikered Greasy- for the night, who proceeds to entertain her by regaling her with tales from a book called 'Fairytales for Bad Bitches,' familiar stories in which there is a decided lack of  damsels in distress, no easily duped, naive ingenues, instead featuring a range of smart, sweet, rough, kind, and selfish female characters. This main story is illustrated by Lucie Ebrey, with each artists contribution interwoven into the narrative as Greasy reads to the young girl. Ebrey does a stellar job connecting and holding all the individual tales together, in what is arguably the most difficult role. This is the first time I've seen her work in print and probably the longest comic she's published to date, and she steps up suitably- Greasy's expressions in particular, are fantastic; really lively, while her colouring is rich and engaging, working to maintain interest. There's one panel, a head and shoulders of Greasy laughing uproariously, tears coming out of her eyes, mouth wide, that's just brilliantly captured and so human.

There are seven fairytales that get a re-working and each has its own merits. Alice Urbino's Cinderella  is hilarious and gross- the slipper gets exchanged for a hat- and so perfect in its silliness, really sending up the prince and the inherent stupidity of his quest, as he unquestioningly whisks away the girl who has lopped off the top of her head in order to make the hat fit and become queen. There's a great awkward, silent beat, timed brilliantly, where the hat falls off the girl's head, leaving her brain matter exposed to the world- a moment in which you think the story might turn a certain way, but no- the prince decides to ignore this tiny infraction. Urbino's loose, breezy art complements the humour and bite here to a t. Emma Carlilse's clear colours and sure, fine lines are another highlight in Hansel and Greasy, while Liz Meddings' blue and pink Goldilocks is gorgeously to look at, almost pattern-like in imprint.

Sarah Burgess' Little Dog Fish sees a young dog fish hankering after a dapper land lubber. After making a deal to exchange her beautiful voice for some legs so she can be with him, and the object of her affection is taken by her silent charm. However, upon their first kiss, the dog fish finds she has regained her voice and begins to enthusiastically chat about all the new things she has seen on land, only to be talked she talks too much. He doesn't want to hear her talk, and has no interest in her curiosity and thirst for knowledge, he just wants her to be the way he likes: silent and lovely. But the dog fish can stand now and goes off to explore this new world of hers. I'm sometimes frustrated by Donya Todd's work, in that I like her art style, but the substance can be a bit hit and miss, but she acquits herself well here with The Three Little Pigs, rendered in her cutesy-with-an-edge which again is suitably fitting. The wolf and the pigs here are all female, the latter giving the former a middle-fingered salute accompanied with a 'blow this, wolf tits,' as she fails to find a way into their house.


The undisputed highpoint is Enoki's Belle and Bette, which manages to assert itself despite being a little too small for the page size. It's a beautiful comic, the brown and red contrast striking and evocative of a loric tone and feel, as is the rounded page panel and coat of arms. Hers is probably the meatiest story, and she packs it densely: sexual harassment in the workplace, ambition, career, manipulation, and lies, although it's not without fun elements: cameo appearances by Godzilla and other cultural icons.

The one thing that felt off here was the inconsistent writing and characterisation of Greasy. Greasy changes her young charge's haircut, gives her a (pen) tattoo, dresses her in a spiked leather jacket, effectively altering her image so that she can be a free sister and a bad bitch, after earlier telling her it didn't matter how she looked and that the key to being a bad bitch is being true to yourself and doing what you want. Tattoos and piercings, and coloured hair were long associated with punk and outsider culture, and I can see what they're aiming for: butting against expected and accepted notions of femininity, an attempt at inclusivity, but it feels untrue and jarring, and thus reads as unconvincing: the idea that a bad bitch is this vest wearing, heavy-drinking, chain-smoking, coloured mohawk/pierced/tattooed woman, leading Greasy to become the cliche 'this is what bad/cool women look like and do' instead of subverting it. It's at odds with the book's message of independence and self-acceptance. I did wonder, too, if this anthology might have been even more effective had it depicted women of varying races and body types, but I think the choice to have anthropomorphic dogs was a wise one in that it befits the sharp humorous tone, and the coupling of some of these subjects with human characters would have lost that, becoming something else. As a rebuttal, it proves it point eloquently and stylishly, with more than a dollop of sardonic uh-huhs and raised eyebrows.

The other thing I'd point out is that although there's a chronological list of all contributors on the very first page, it would be much more helpful to readers if it stated who did what, as it starts with Becca Tobin, who illustrated the cover, goes on to Jen Woodall who drew the endpapers, and then moves onto the comics without clarification. Ultimately, Fairytales for Bad Bitches is a brilliant and bright book, topical and vital, fun and sharp, and splendid to look at, whilst also being a vibrantly effective example as to the quality and strength of comicking in the UK as you could hope to find.