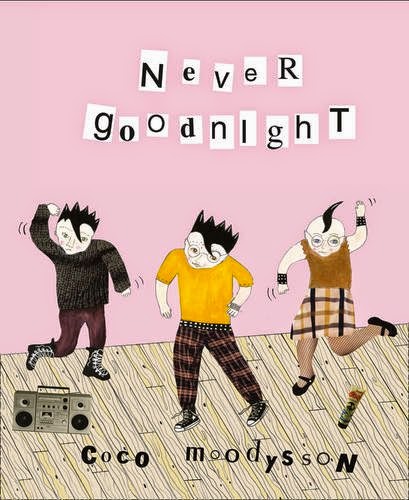 A film I saw garnering warm praise last year was Lukas Mooysson's We Are The Best! about 3 young girls growing up in 1980's Sweden and their mission to form a punk band. Mooysoon's acclaimed film (the trailer for which you can view here), a special selection at Toronto International Film Festival, is based on his wife, writer and graphic novelist, Coco Mooysson's comic book Aldrig Godnatt [Never Goodnight], published in 2008, which recounts her own autobiographical experiences of growing up in Stockholm. Thanks to the success of the film, Mooysson's 200-page book will be getting an English language release in April this year from  The Friday Project- the experimental imprint of Harper Collins.

'Coco, Klara and Mathilda have known each other since primary school where they met in Folk Dancing class. But now they’re almost teenagers and their anarchist ideals set them apart from the other girls at school. Despite the constant declaration from all that punk is dead they dream of starting a punk band and being as big as The Clash. The only problem is they can’t play any instruments and mainly practice with pillows and pans. Never Goodnight is a dark and witty depiction of growing up in a dysfunctional family, when music, friends and boys offer up all the possibilities in the world.'

I like the look of this; the style is very familiar in that spindly, neat alt comix way, similar to both Corrine Muccha and Yumi Sakugagwa to a lesser degree and the subject matter is an affirming, female-centric one that I can see appealing to a lot of people. Mooysson recently discussed the book and the film her husband was inspired to make from it with the New York Times, and the impetuous behind the girls desire to start their own band: 'There were no role models around that time. There were Swedish girl bands, but they were older, and their songs were about having sex and we thought that was disgusting.' She also spoke with Female First about the origins of the book:

'I remember I was writing a short piece for a comic magazine in Sweden, it was called ‘I Remember My Mother’s Lovers And How They Use To Touch Her.’ It took place in 1982-83, but there was something about this time in my life that I wanted to work with. I liked the tone that I had found in this and wanted to continue. There is something very interesting about the age of twelve, thirteen, and fourteen, when you are not a child anymore and you are curious. At the same time, you are not afraid because you have not gone through hard times that come after... I think that the comic is a little bit darker than the film.'

Never Goodnight will be published by The Friday Project in April. 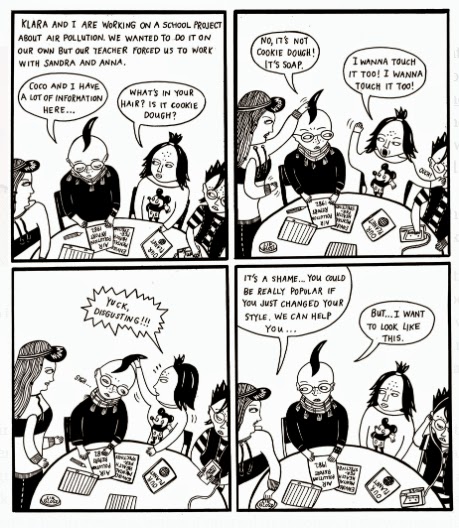 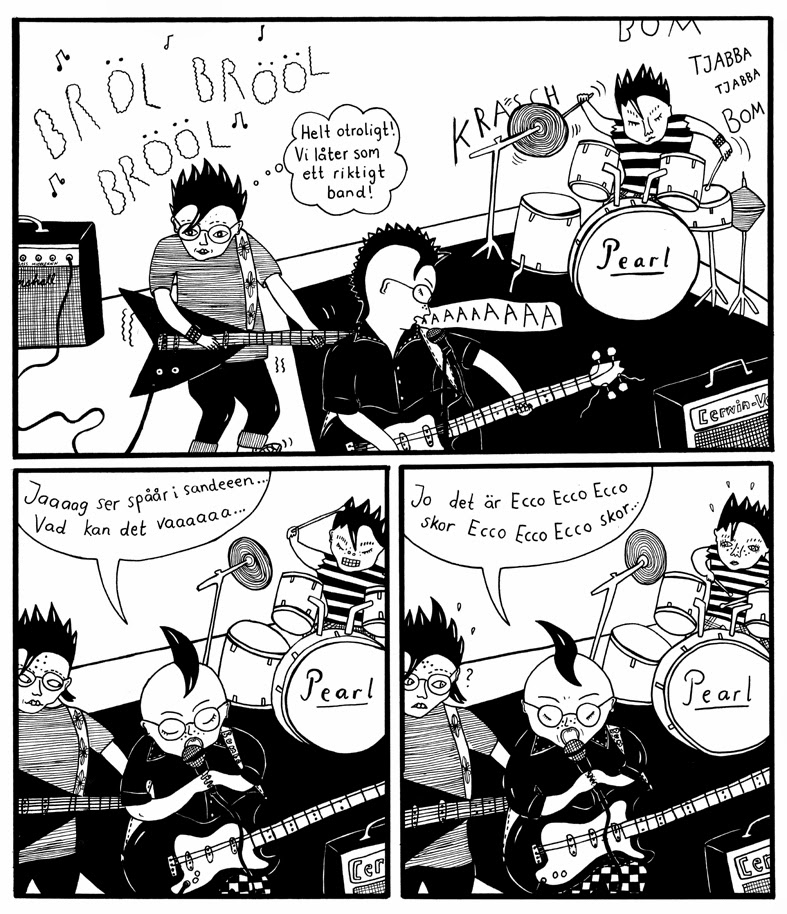