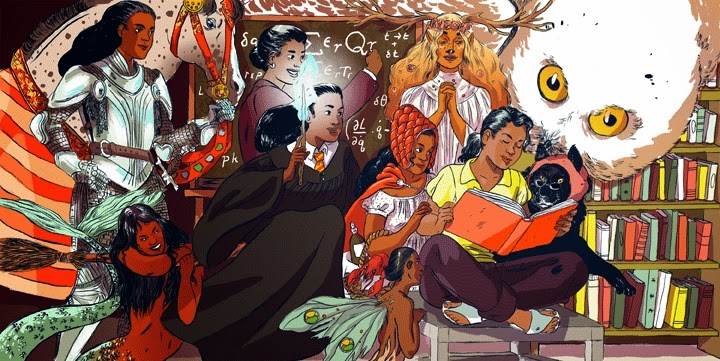 The first comics shelfie of 2015, and it's a great one, courtesy of the incredibly talented Celine Loup. I first came across Loup's work via Tumblr; someone had re-blogged some pages from Honey #1 prior to its release, and I immediately started following her with the view to buying it once it was published. Loup is French-born, and cites French comic books as one of her main aesthetic influences, and as an appreciator of same, I think her work is one of the few amongst North American and Canadian comic artists that is easily comparable in quality to the very beautiful and organic nature of  a large segment of French bande dessinee. She is currently working on Honey #2 and Mother, a separate comic set in the same world. One of the pleasures of the blog is that I get to ask some of my favourite artists about the books they read, what impacted and shaped them or their work, and Celine's shelfie is probably the one that's provided me with a list of books I want to immediately look into further. You can find her website here, and her Tumblr (which is a must-follow) here.

'So, I live in a 3 bedroom rowhouse in Baltimore, MD. The 3 big antique bookcases in the dining room house most of my books. It's a bit of a mess right now as we had to re-arrange the downstairs, which meant taking everything off the shelves and putting them back. The case on the left in the pic below has most of my comics. On top of it I keep some of my single issues and zines in those red magazine holders, but that's probably 1/4 of my loose collection, the rest of which I stack between the other books. 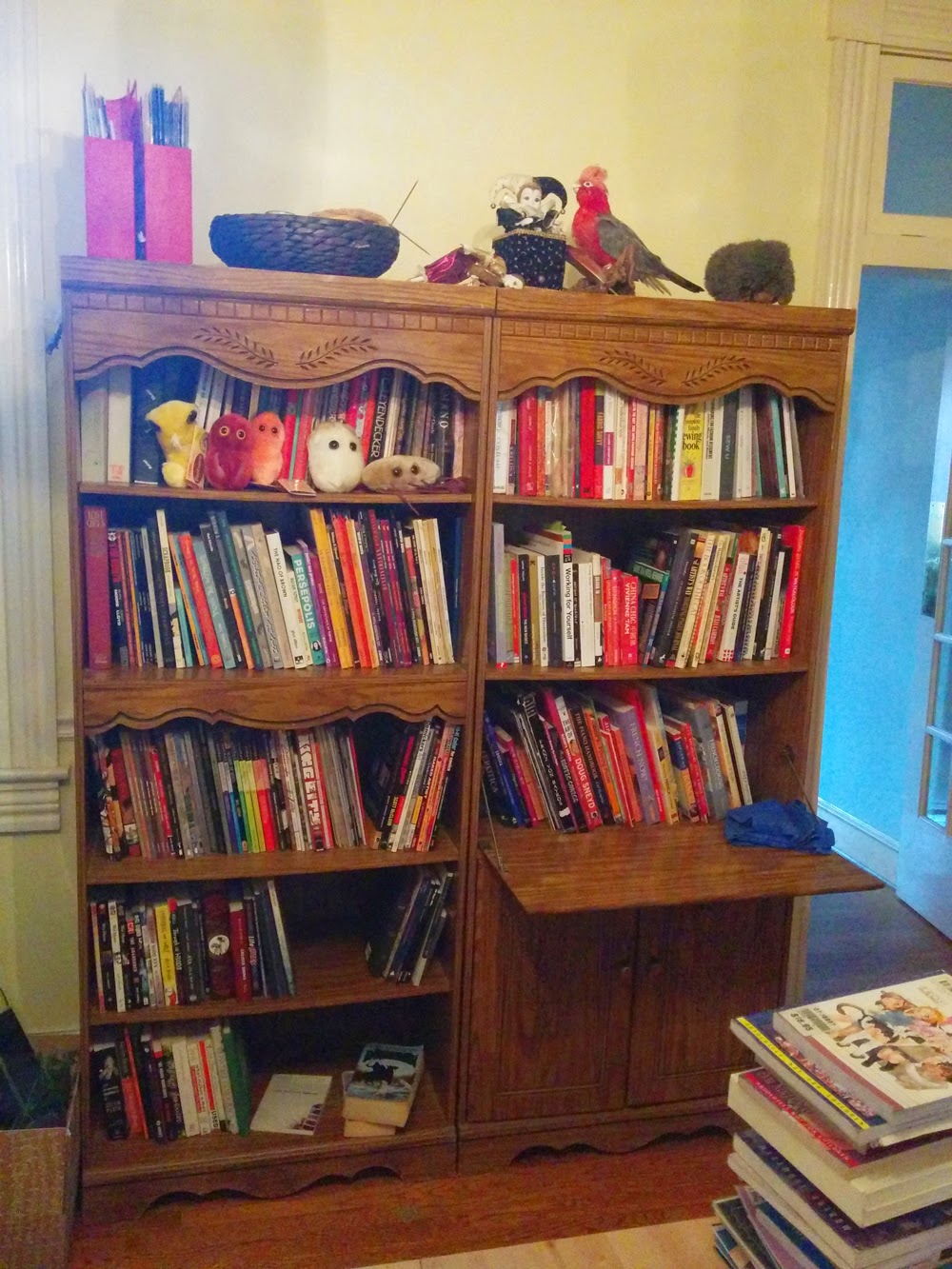 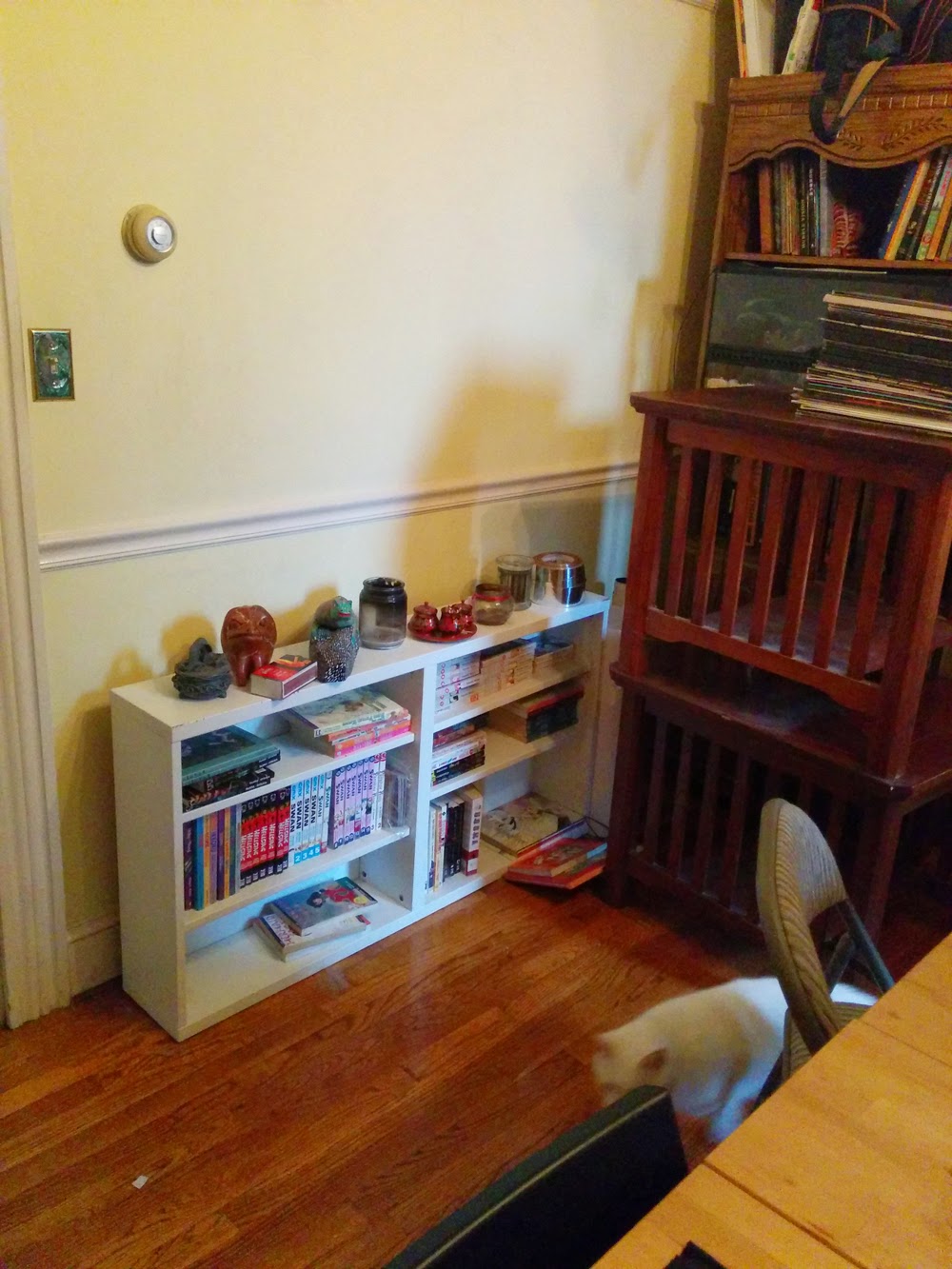 This little shelf we found in the trash behind our old house, and is reserved for manga. 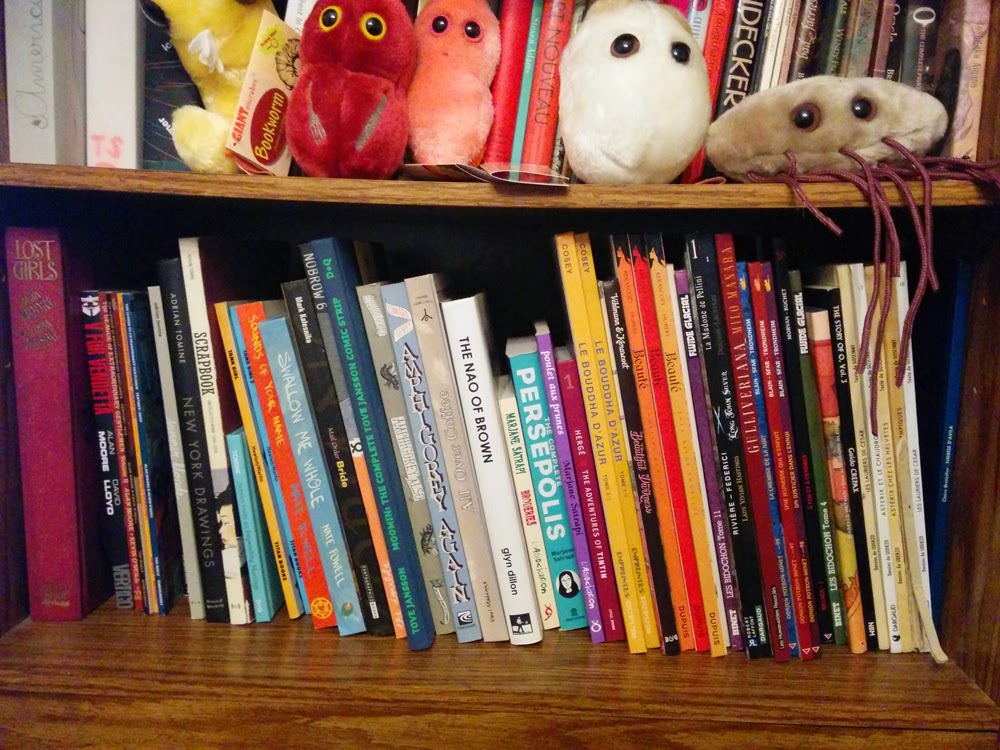 The top most shelf with the parasite plushies is for illustration anthologies and art books; below are my French language BDs and my larger american comics. I've already written about Kerascoet's "Beaute" trilogy here, suffice it to say they are the pride of my collection at the moment. Closeups below: 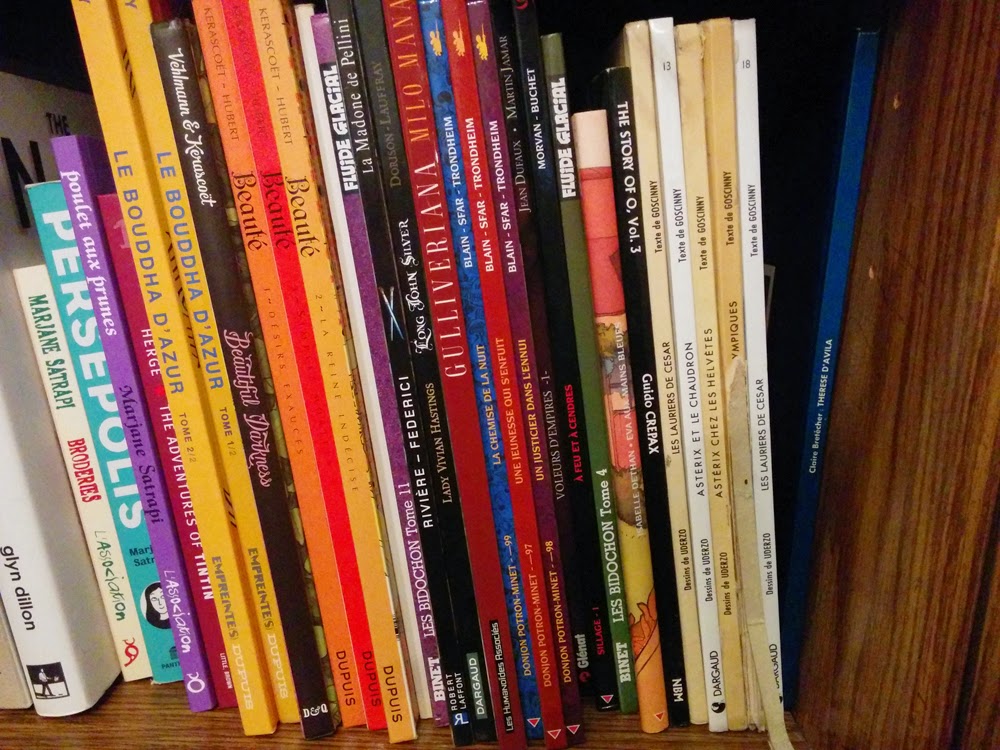 Below, my smaller, American comics: 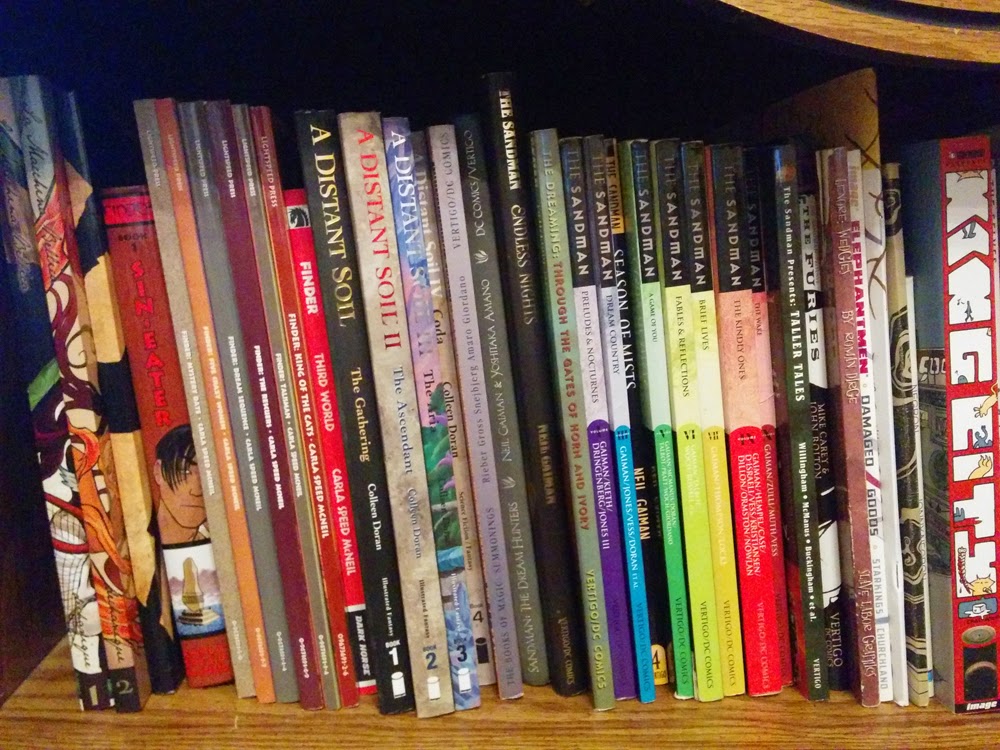 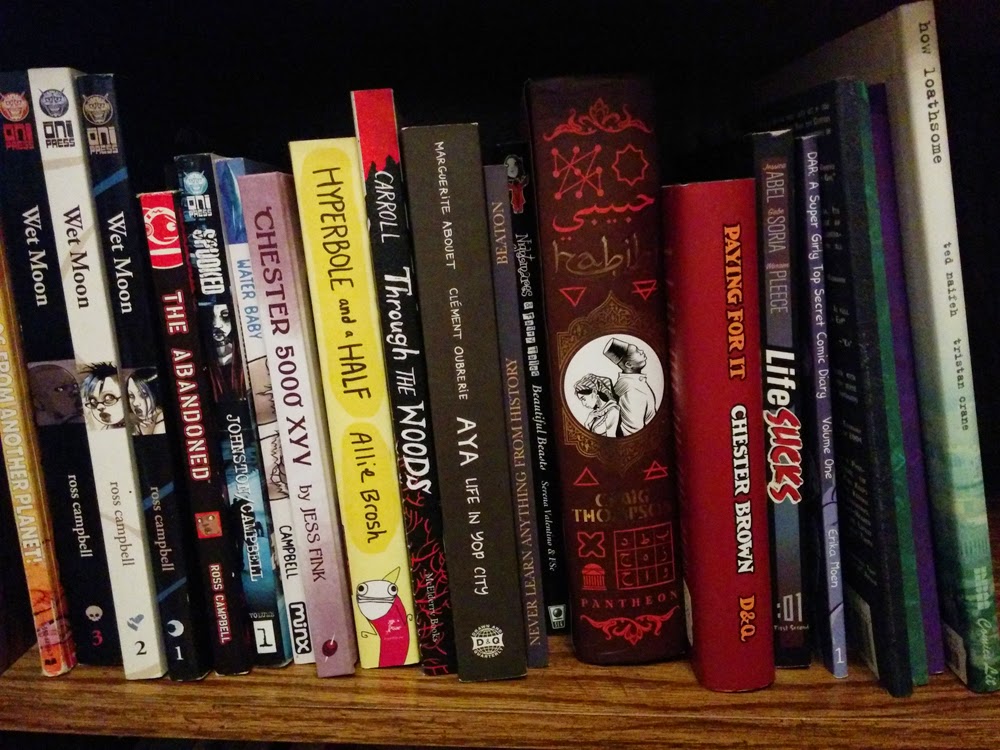 Moving upstairs to my studio, this case holds comics I might want to have on hand for inspiration while I work on MOTHER and HONEY 2---longtime loves and whatever I'm super into at the moment goes here. 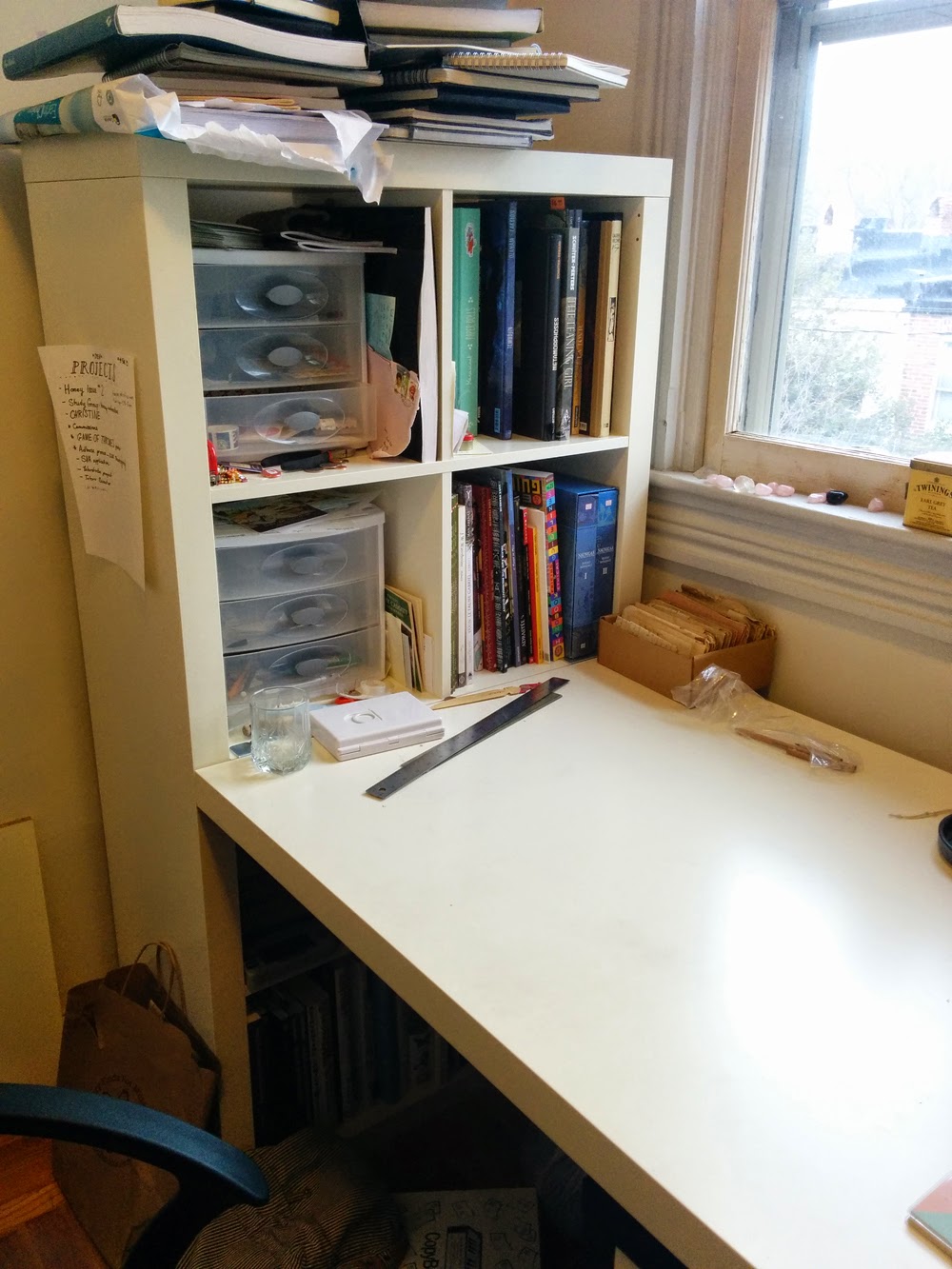 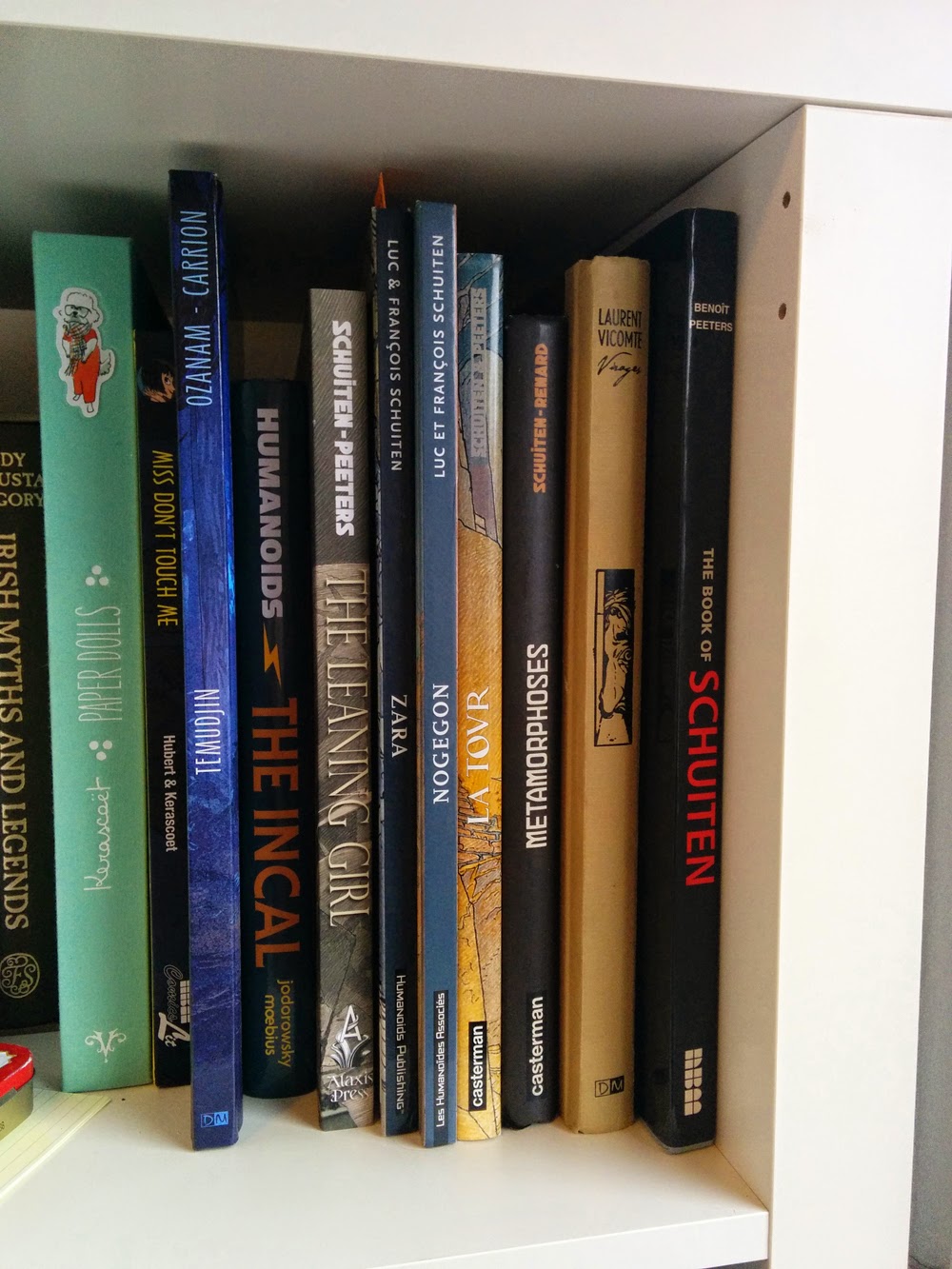 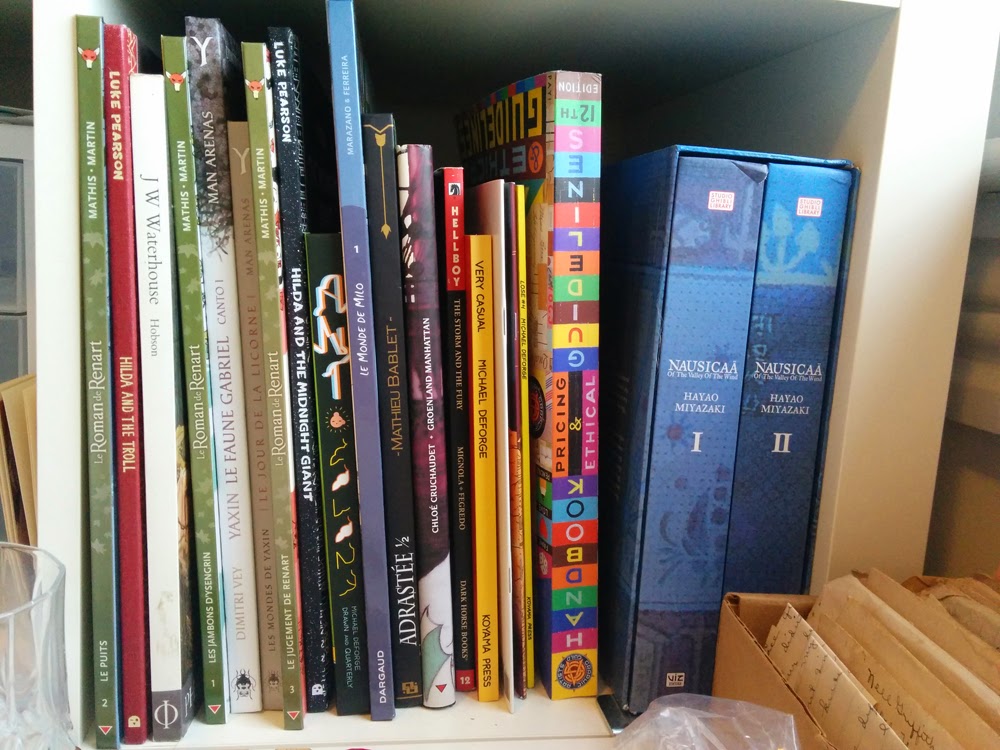 The early years: My history with comics is a series of looking at things I was WAY TOO YOUNG to be looking at, thanks to a mixture of of obliviousness and real concern for fostering my interest in art on the part of my parents. The first time I stepped foot in a comic shop in the 6th grade I felt totally intimidated----I was a girl, who the hell did I think I was, showing my face in a place like that? The walls were covered in grimacing latex clad ubermensch who looked like they wanted to crush me. I bought The Dream Hunters, because Yoshitaka Amano's paintings seemed to make me feel safe, and (please, don't laugh) a collection of stories by different authors based around "The Blair Witch Project"----because I was immediately in love with Guy Davis' terrifying short story (far scarier than the movie), which I've shown the first spread of below: 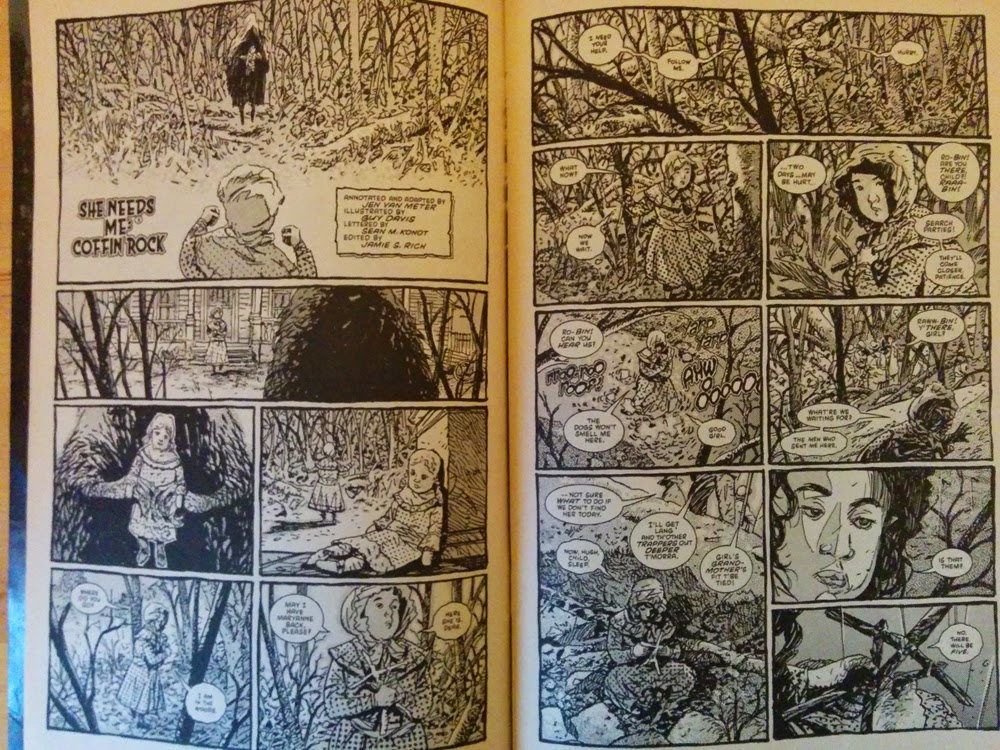 That same year I attended an advanced study program at MICA for painting. I guess there must have been a sequential art club that year, because I happened to discover one of their zines lying around the office. The stories were funny, gross, amateurish, but I think it was the first time it occurred to me that like....*anyone* can make comics. 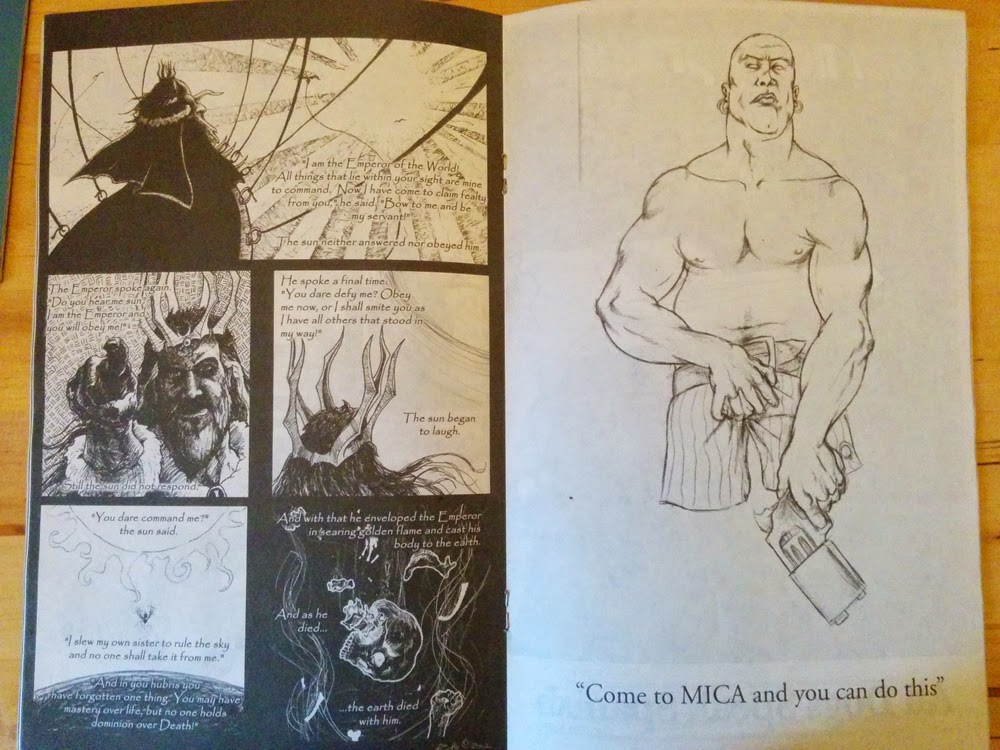 I went to MICA and I can do that.

Around the same time we got a stable internet connection, and I discovered the world of Elfwood and webcomics, and at last I found the first female comics artists I would know. Foo Swee Chin was a first love, and she inspired me to try to make my first comics and to come up with original characters and draw them. In middle school I also discovered shoujo manga, which introduced me to the concept of the female gaze, and the idea that feminine could in fact be the default---that the world could be measured against the feminine. Is it a blessing or a curse to be aware of these things just before the onset of puberty? 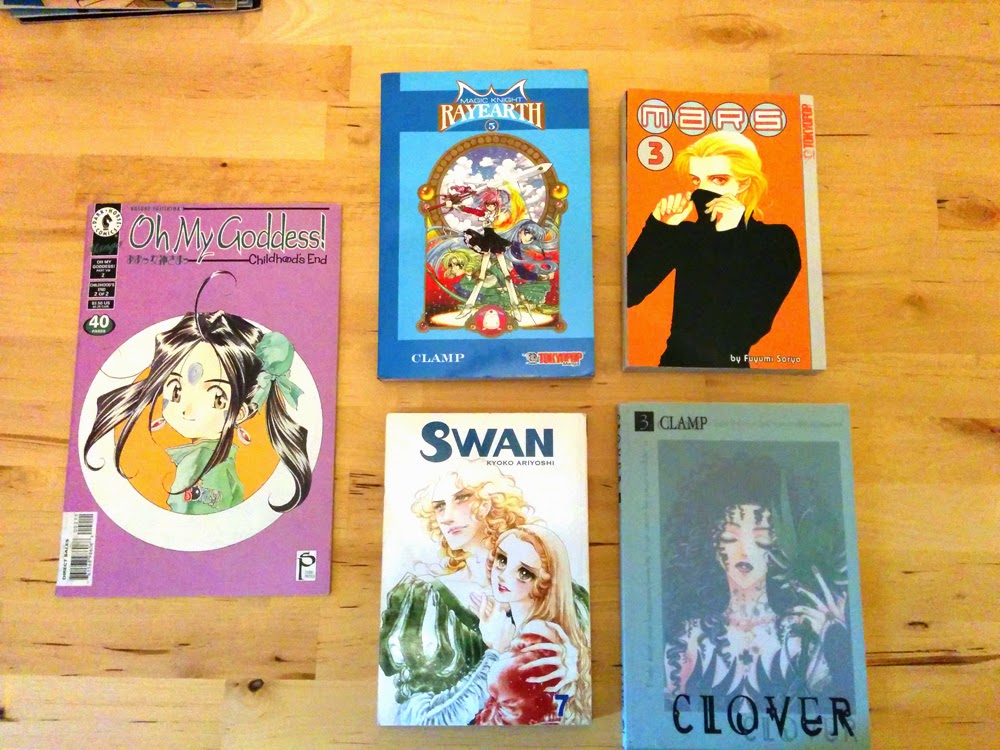 Oh, Mermaid Saga. When I was 5, I was obsessed with mermaids. I carried an Ariel doll everywhere I went. I was at a friend's for a sleep-over, and her mother must have seen "Mermaid Forest" at blockbuster and thought---perfect. She left us alone to watch it in a dark room. I was doing ok until the part where a fisherman harpoons a beautiful mermaid through the tail and EATS HER FLESH. I think that was the first time I'd seen anything so beautiful and cruel happen at the same time, and it *fascinated me*. Ahhh, formative moments. By the time I got my hands on Masamune Shirow in freshman year of high school and MPD Psycho in college I'd had 10 years to let that moment grow into an aesthetic longing. 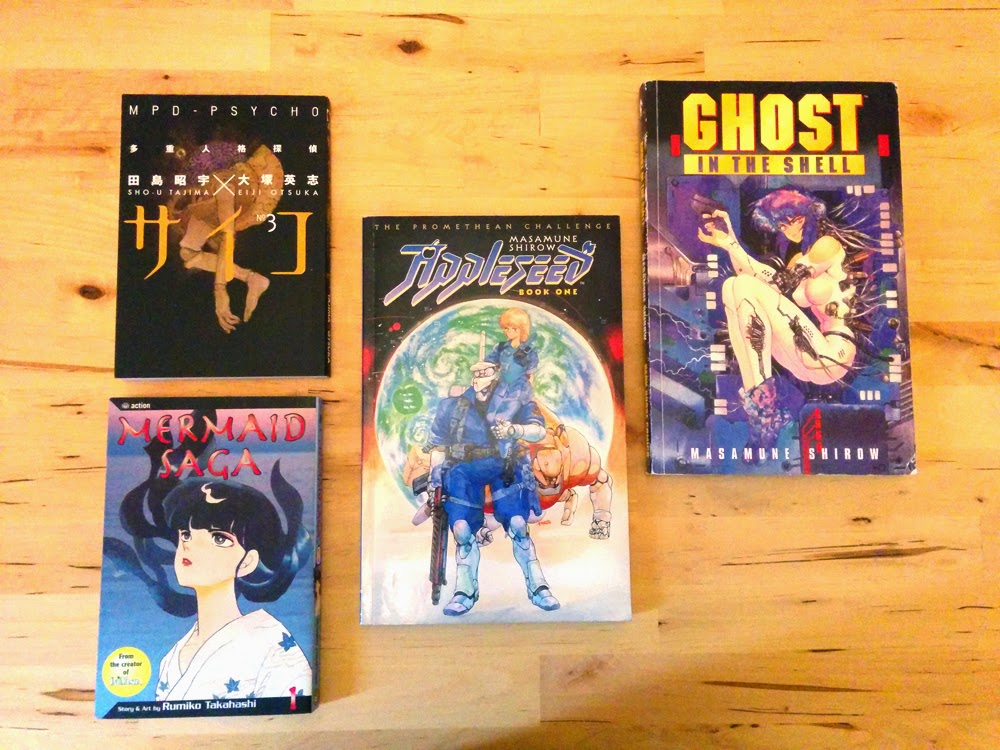 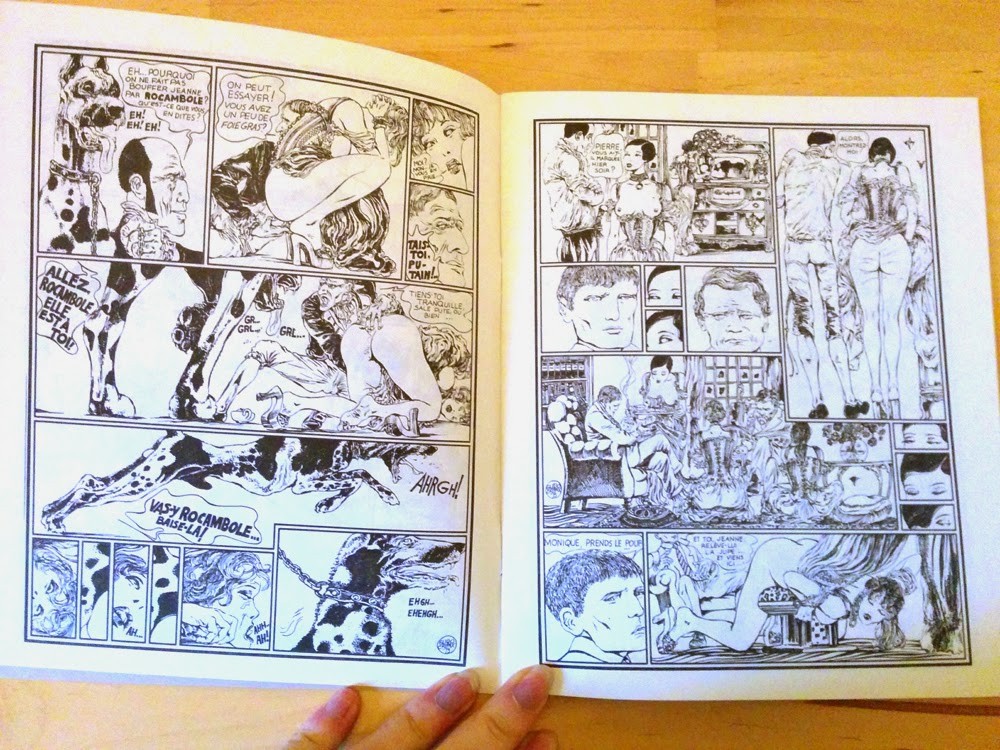 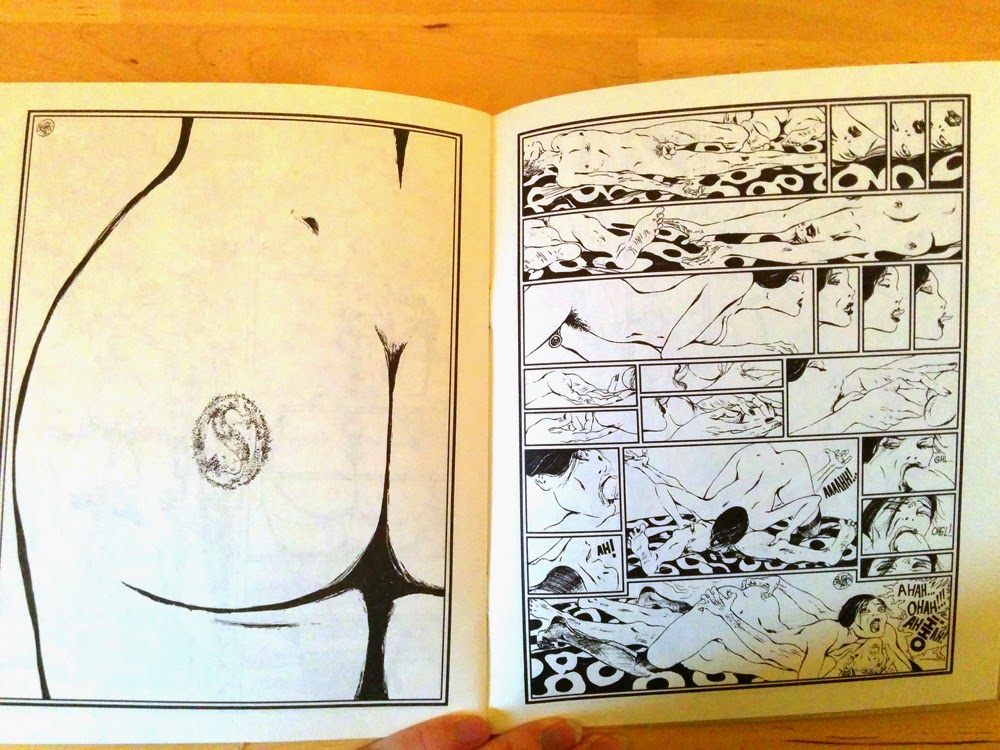 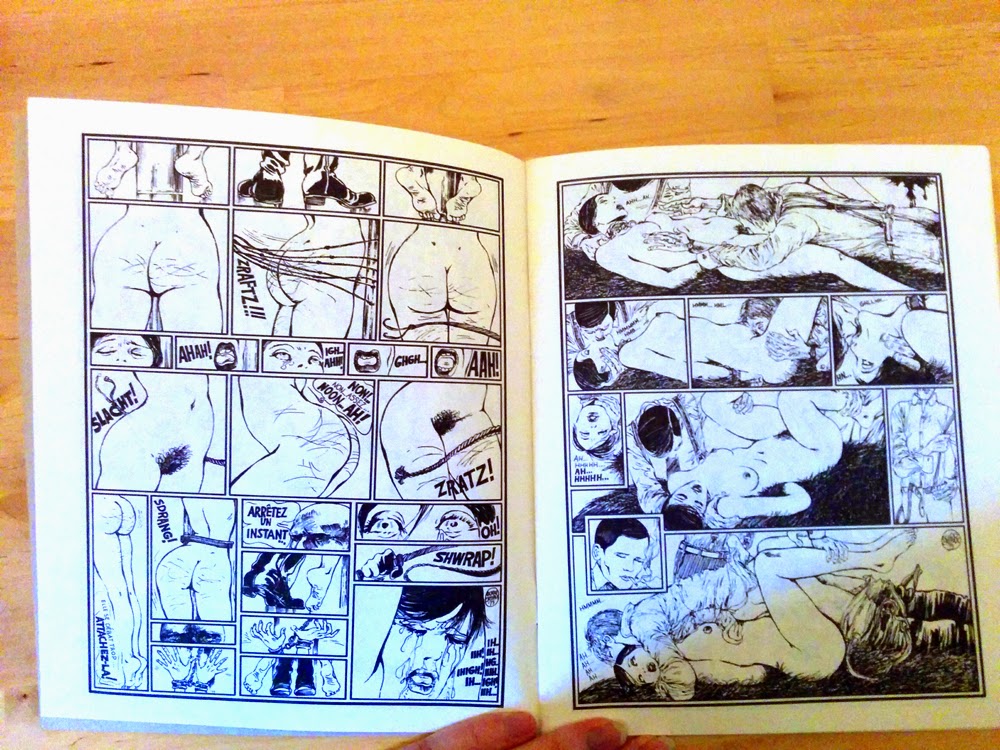 In high school my boyfriend introduced me to Bondage Fairies: Two lesbian fairies are raped by a variety of insects every issue but their love for each other is incorruptible, and together they always defeat the rapists in the end. Bondage Fairies and Zara (see below) together, I suspect, had the biggest impact on my aesthetic for HONEY. 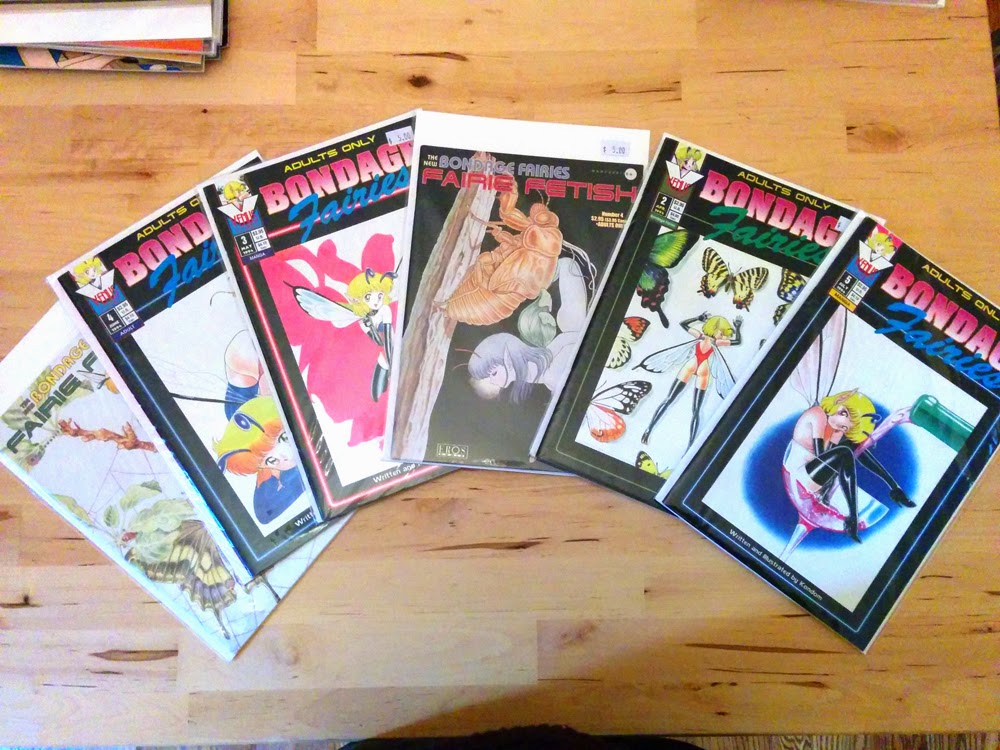 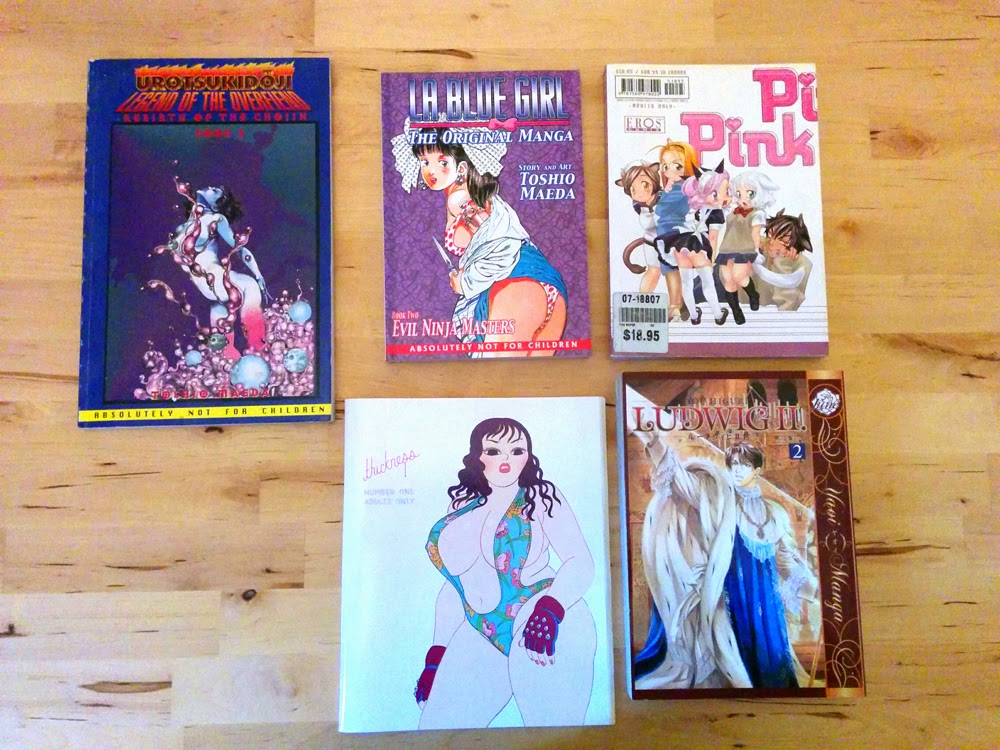 Jumping tracks a bit, "Sasmira" was one of those things that can sometimes happen across cultures. When I was 17 I was in Switzerland and came across "Virages", which was the mysterious concept art book for Sasmira. It would be almost 10 years before I found a good way to order BDs online and finally read Sasmira---in that time I had come up with all kinds of wild theories as to what it could possibly be about, and had constructed entire worlds based off the preparatory drawings in Virages. There's no way Sasmira could live up to my expectations! But that's ok, because ten years of imagination was its own reward. 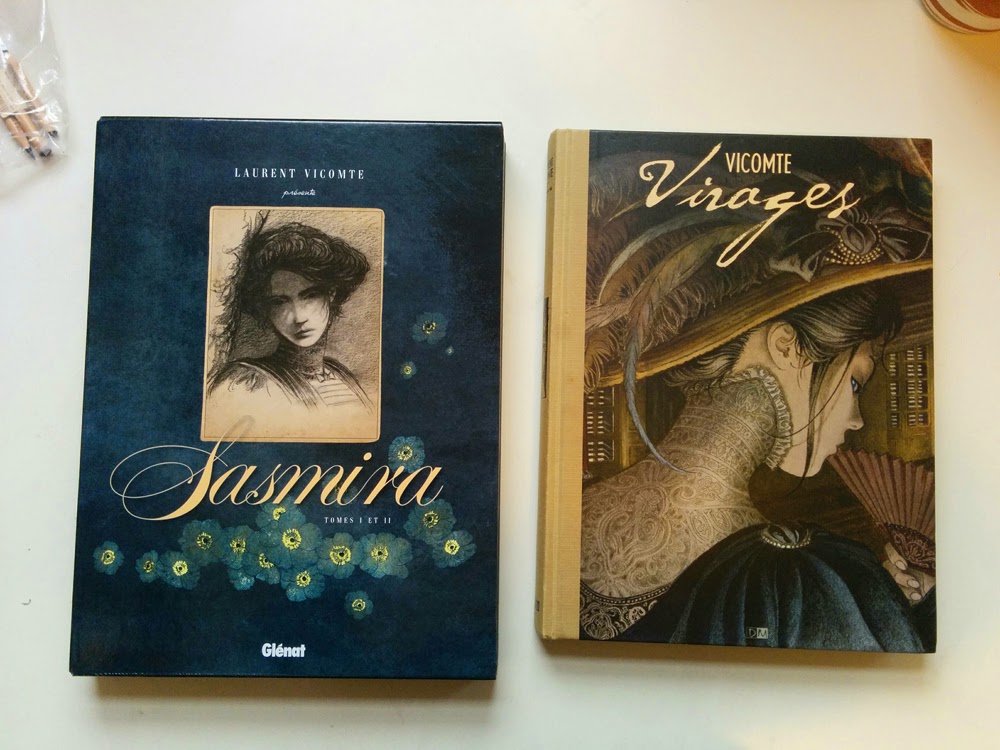 Below are a few of my Francois Schuiten BDs---I talk about their importance to me in this comic, and in this post. 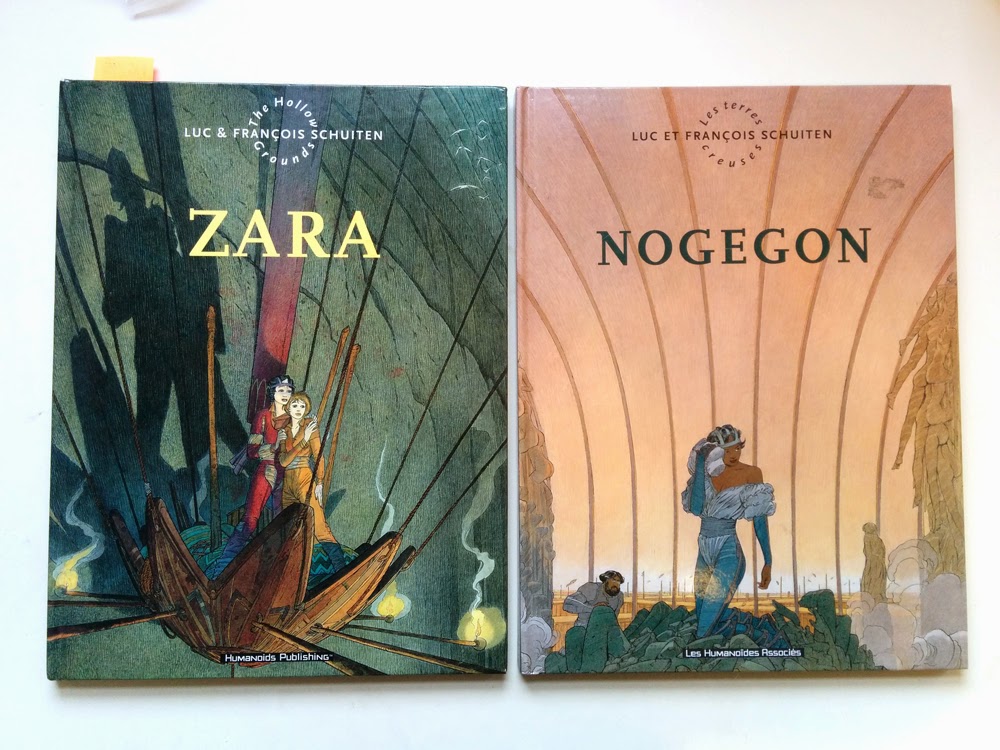 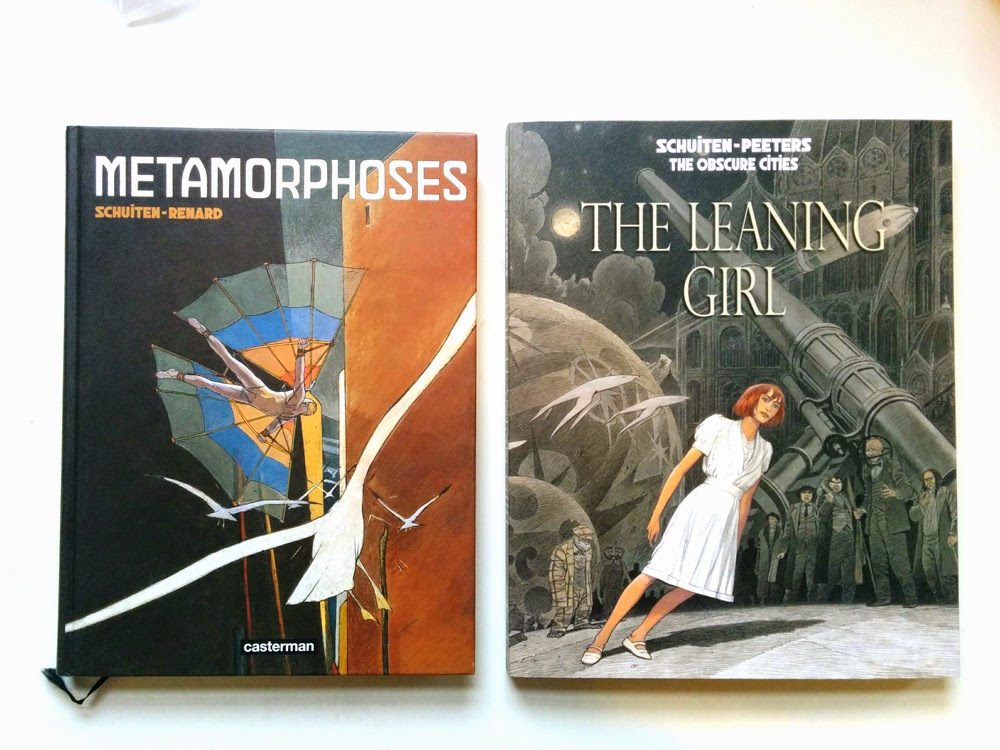 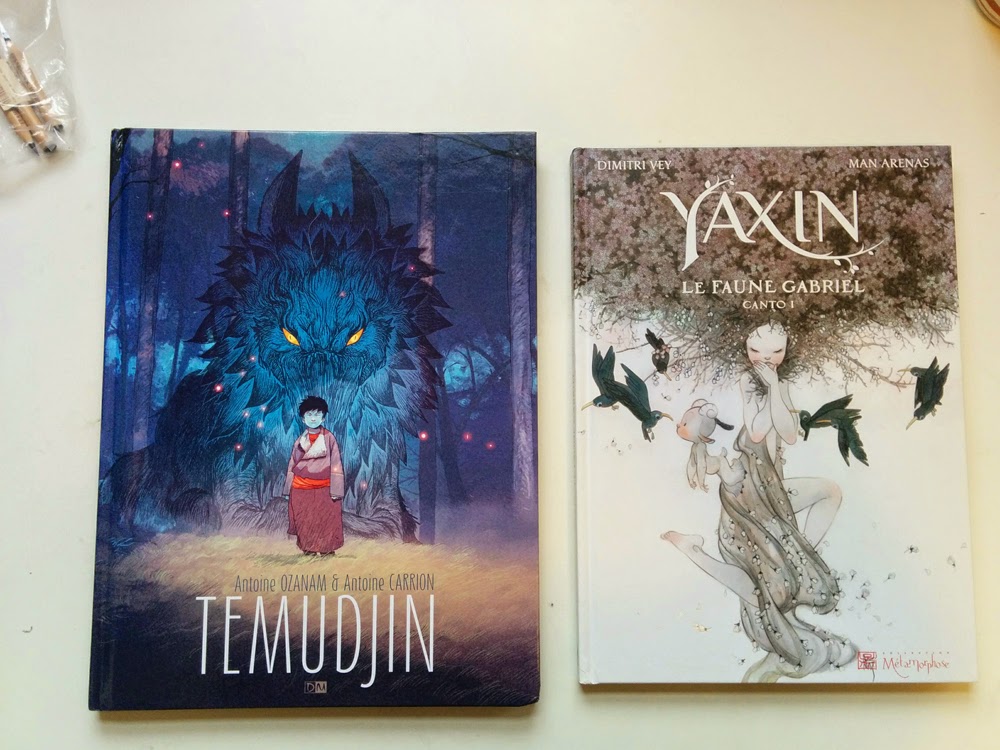 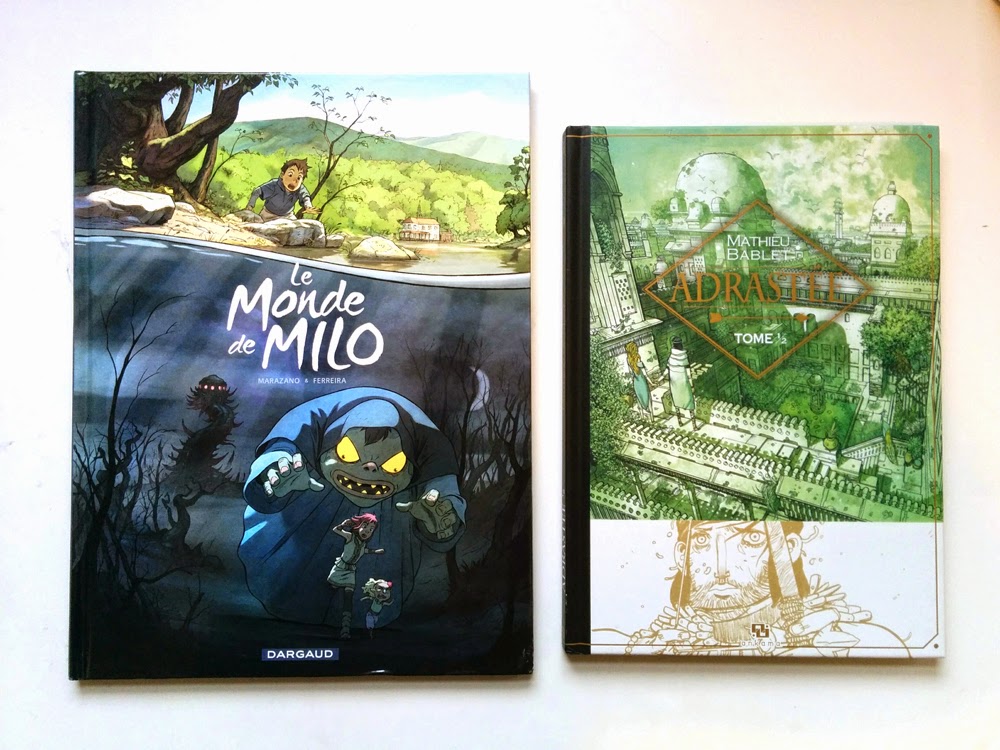 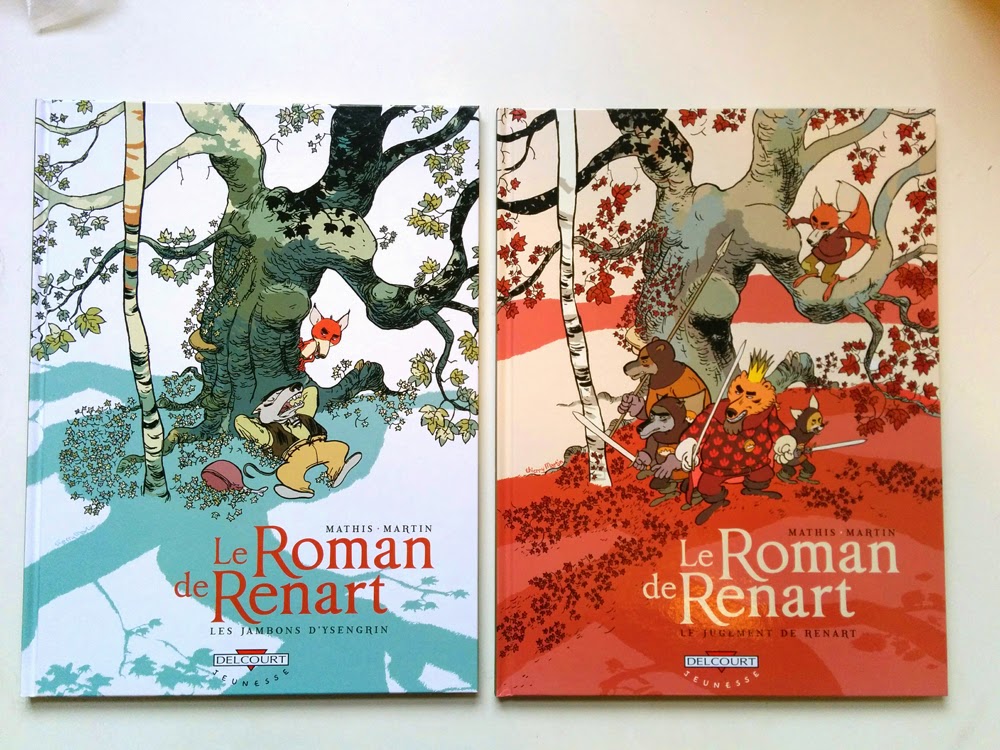 A massive thank you to Celine for her time and participation. You can view all the previous installments of Comics Shelfie here. Next installment will be up in a month's time.
Posted by Zainab at 22:13