Enter the world of 8House: previewing Emma Rios and Hwei Lim's 'Mirror,' and 'Arclight' from Marian Churchland and Brandon Graham

Originally announced last year, the much anticipated Brandon Graham-helmed 8House series will begin releasing this April. Conceived as a shared sci-fi universe which is ruled by 8 magical houses, the comic series will see four collaborations tell separate (yet interlinked in that they're set in the same 'world') stories: Arclight by Brandon Graham and Marian Churchland, Kiem- again penned by Graham and illustrated by Xurxo Penalta, Mirror by Emma Rios and Hewi Lim, and finally, Yorris by Fil Barlow and Helen Maier. Each story will run to four issues with the mini series being interposed from one artistic duo to the next. Readers may recall an additional 8House series (an off-shoot of sorts), From Under Mountains, by Marian Churchland, Sloane Leong, and Claire Gibson was previously announced at SDCC, although at 12 issues that will be a longer length book.

I'd marked 8House down as one to look out for already: the artists involved, the sci-fi world, the concepts and themes, are all things that appealed to me, but looking at these preview pages had me sit up sharpish. I've been wanting (and waiting) for Marian Churchland to return to comics since her 2009 graphic novel, Beast -although she's worked on a few projects here and there- and that's a pretty inarguable group of artists and writers. Graham seems to thrive on collaboration and I like the notion of various artists and writers getting to imagine their own stories all rooted in the same world, building it up turn by turn.

8House will begin with Graham and Churchland's Arclight, written by Graham, and coloured and illustrated by Churchland. The story centers around a noblewoman, who believes she's permanent trapped in an alien body she projected herself into many years ago. Arclight is her genderqueer knight who refuses to leave her Lady's side even after she is no longer human. The first issue sees the return of the Lady's original human body, with the alien mind inside it. Here's a first look at the opening 7 pages of the book- what appeals to me about Curchland's art is it's so earthy- textured and real, but manages to be romantic, too. 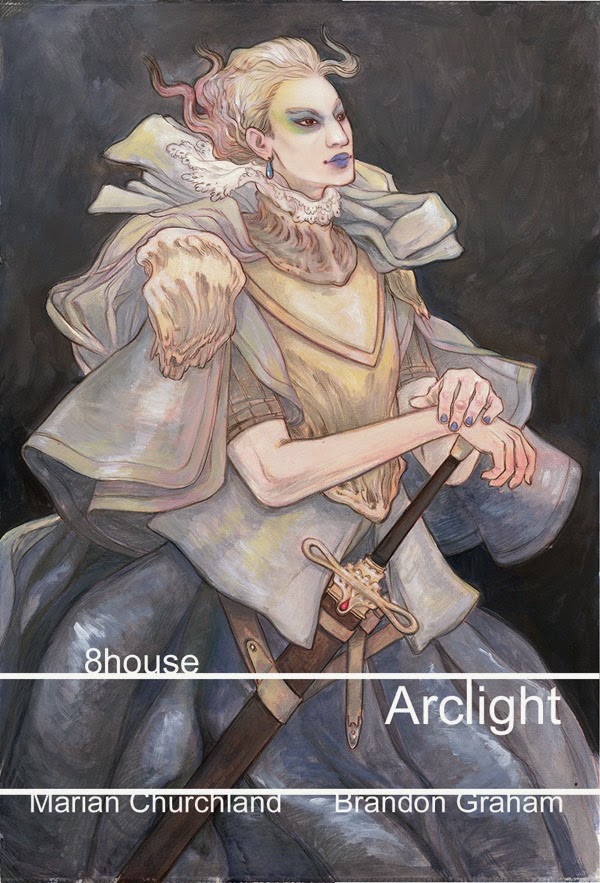 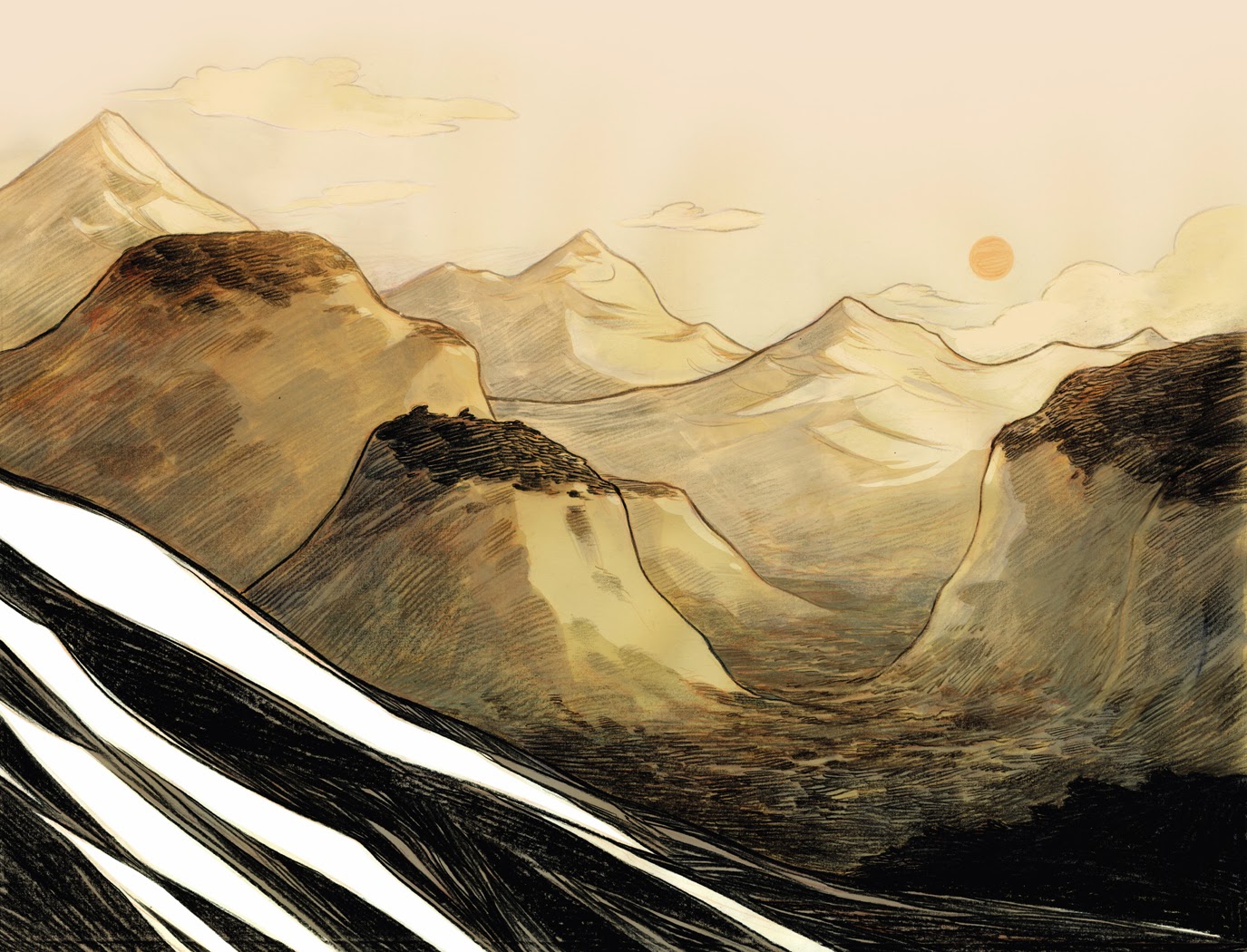 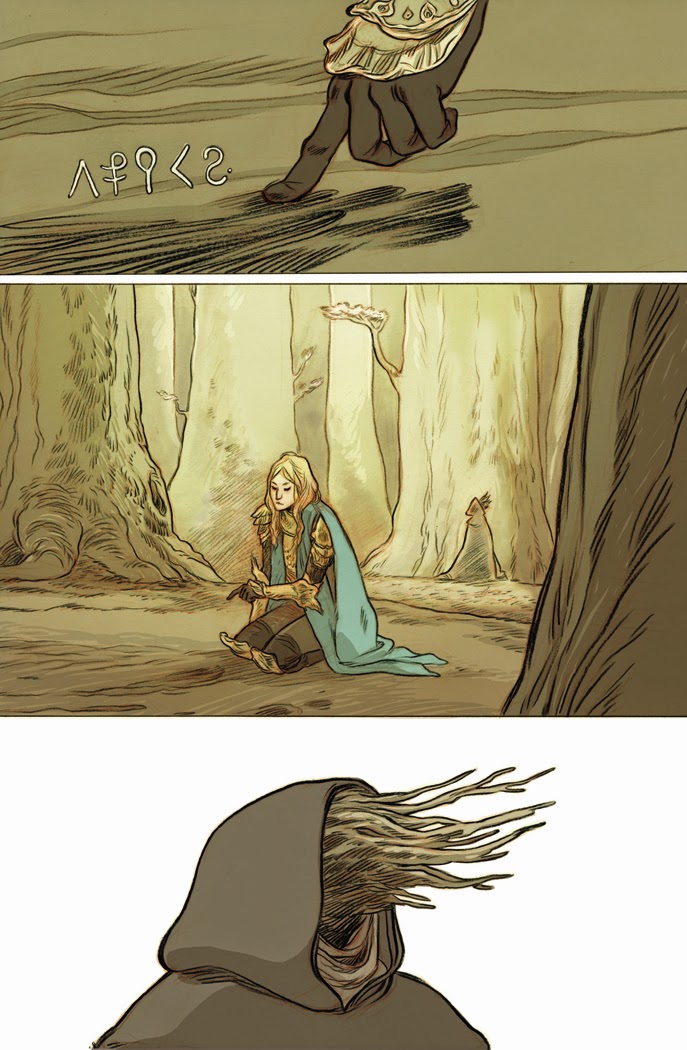 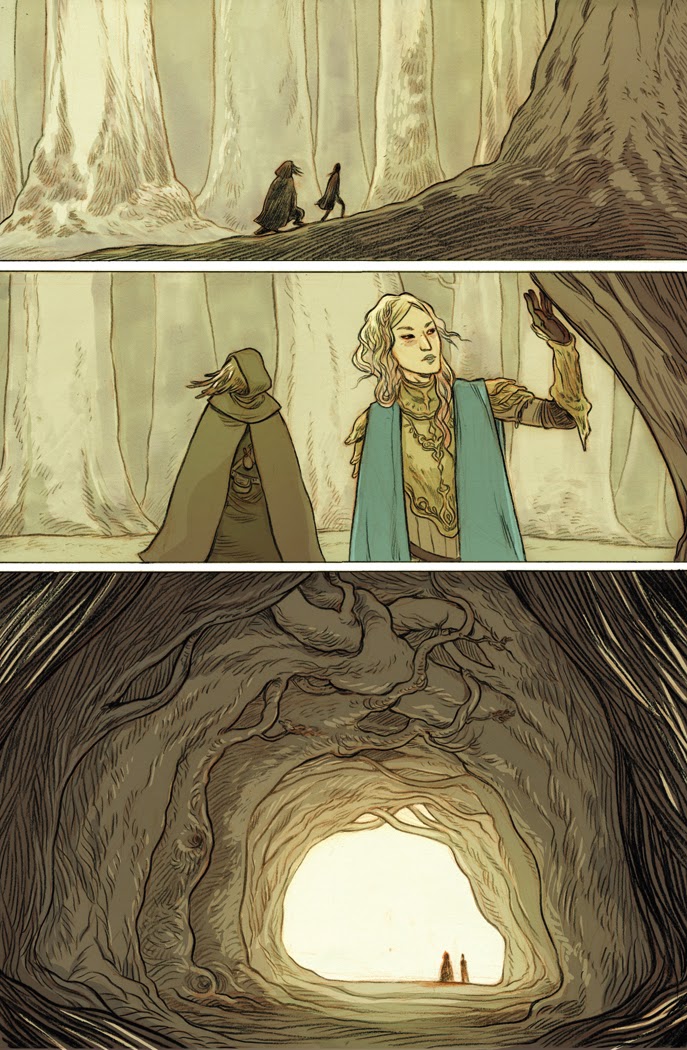 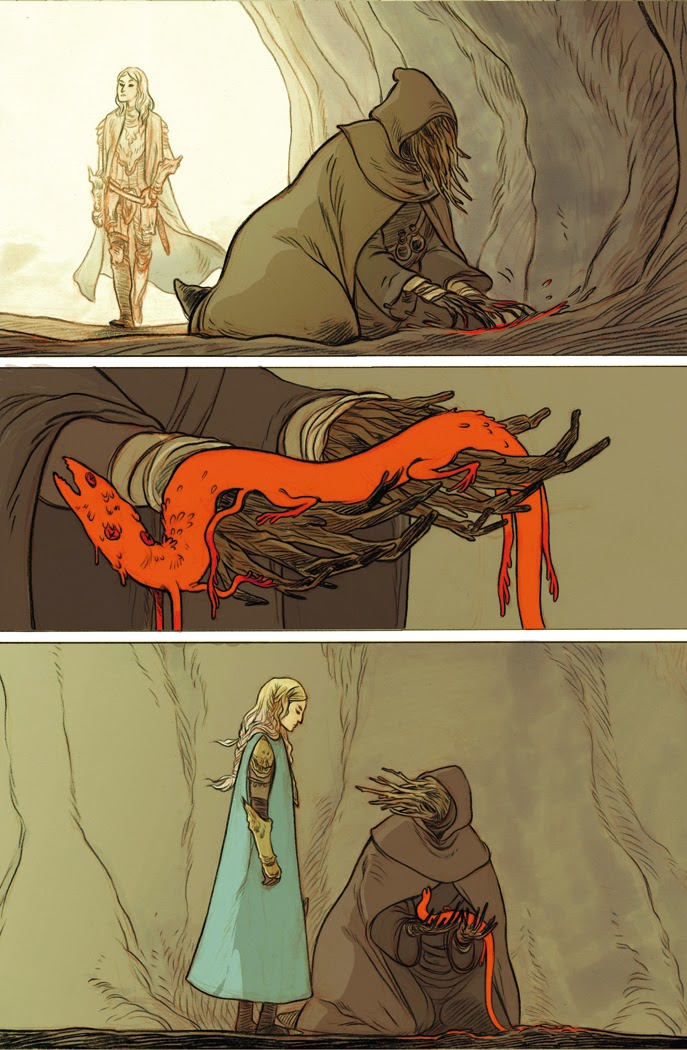 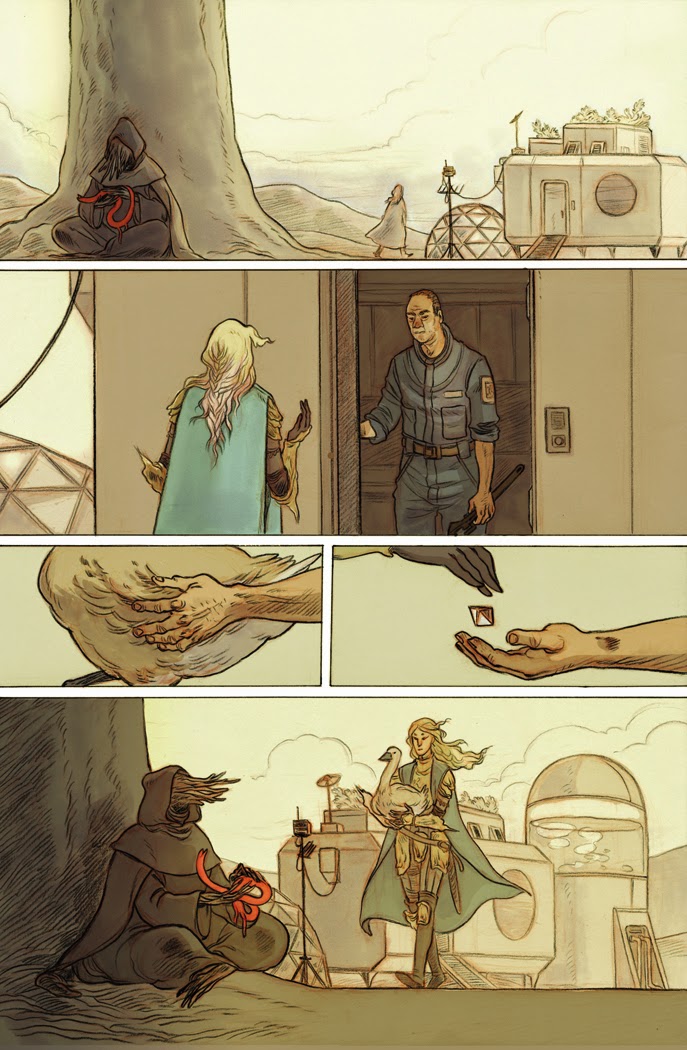 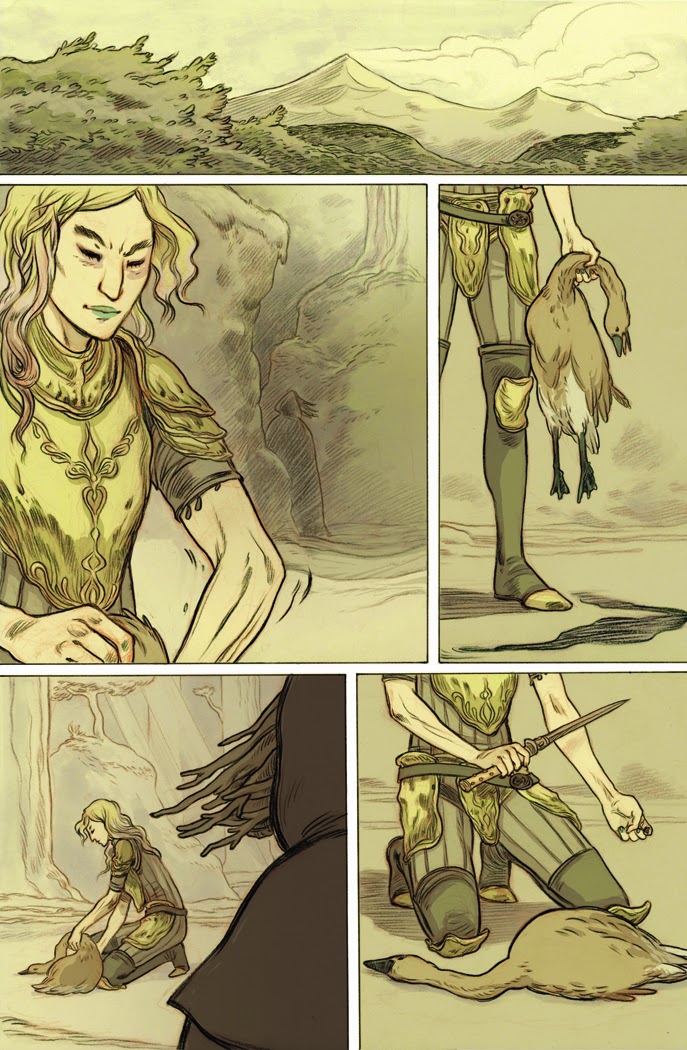 Emma Rios' and Malaysian artist Hwei Lim's Mirror is a story set in an isolated colony growing around a landed lab starship. This community is a safe haven in which magicians and scientists of the House of Healers experiment with the satellite's local fauna to create human/animal hybrids, the experiments a means of obtaining insight which could then be utilised to win political favour in a desperate cosmic war. The growing band of hybrids, however, want nothing to do with war or politics, and especially not with their patronizing human creators; and want only to be left to live in piece and on their own. Hwei Lim has done  an utterly breathtaking job on these pages- the colours and lines are so crisp and clear, and just take a look at those panels and layouts- the arcs and circles, that architectural design incorporated into the cutaways- seriously stunning. I can't imagine people looking at these pages and not wanting to pick this up. Very much excited for this series. 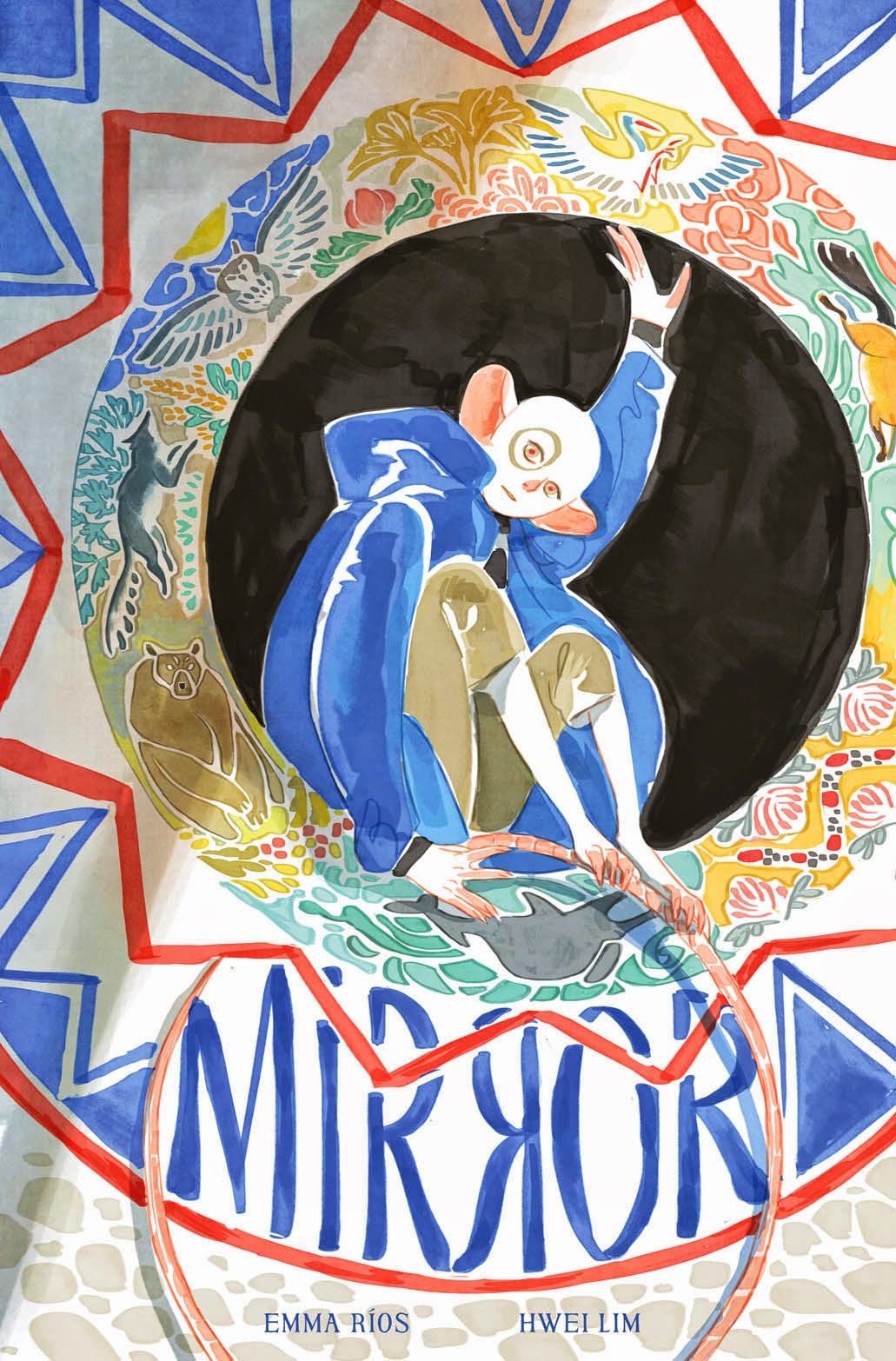 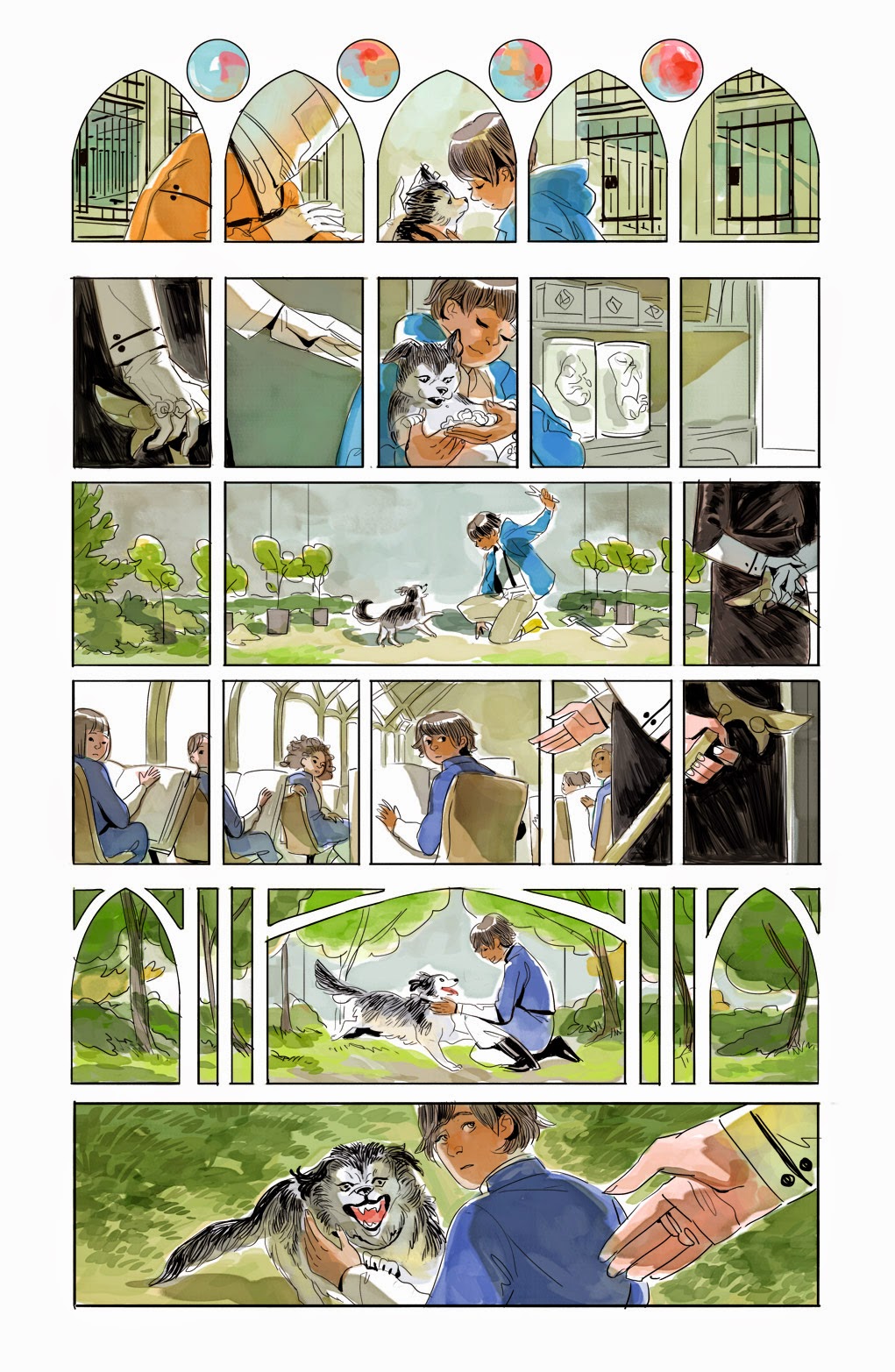 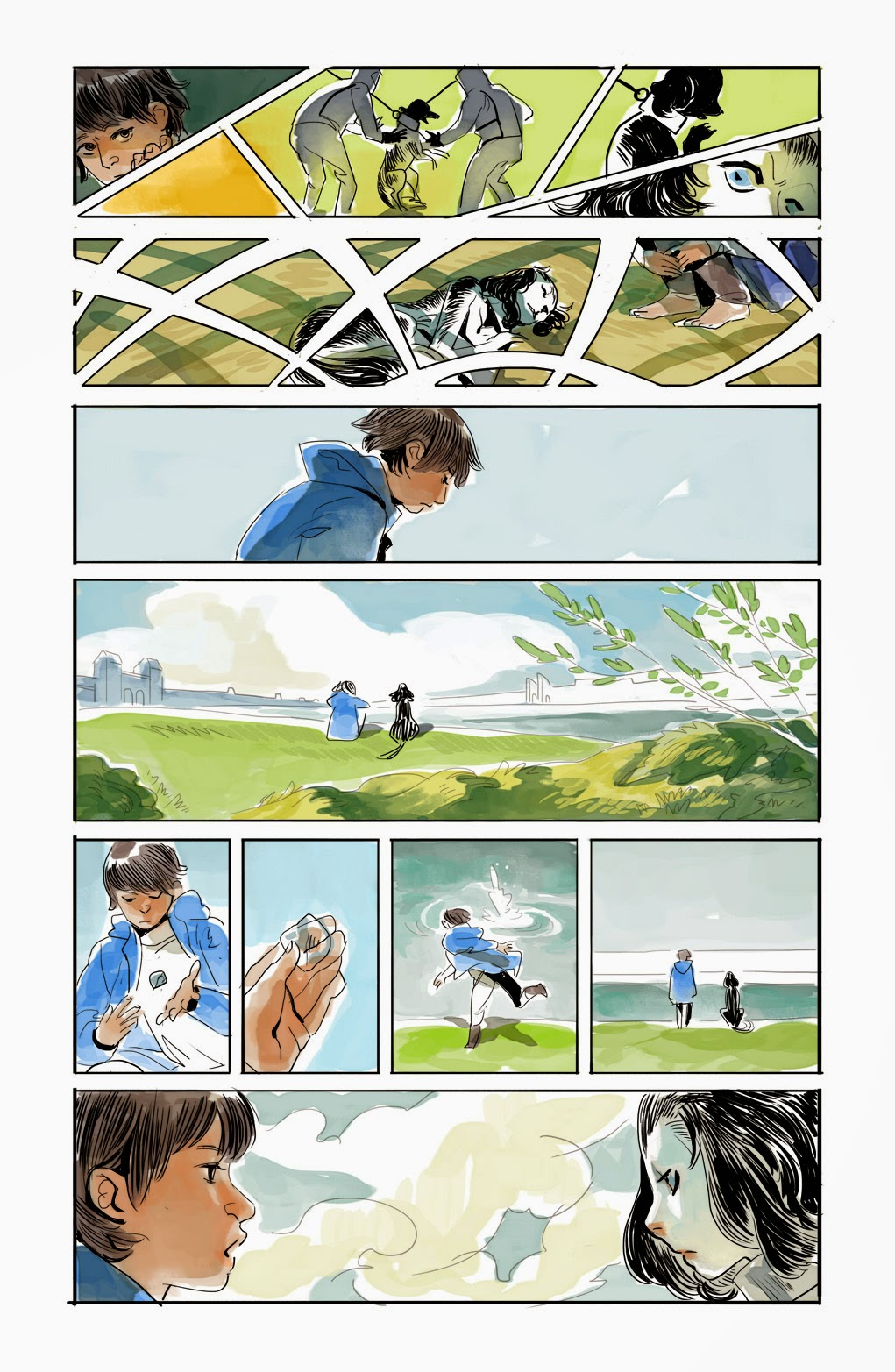 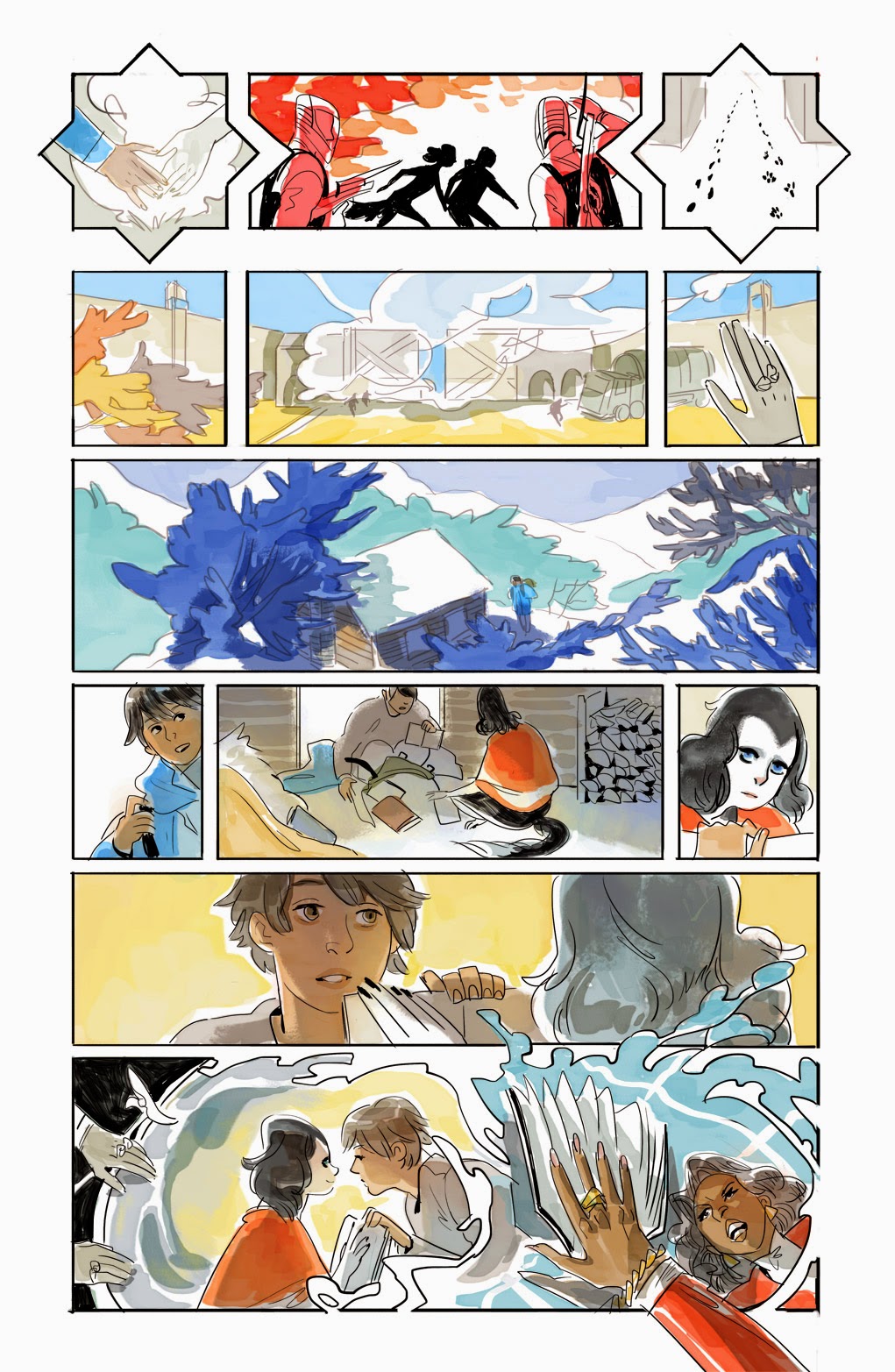 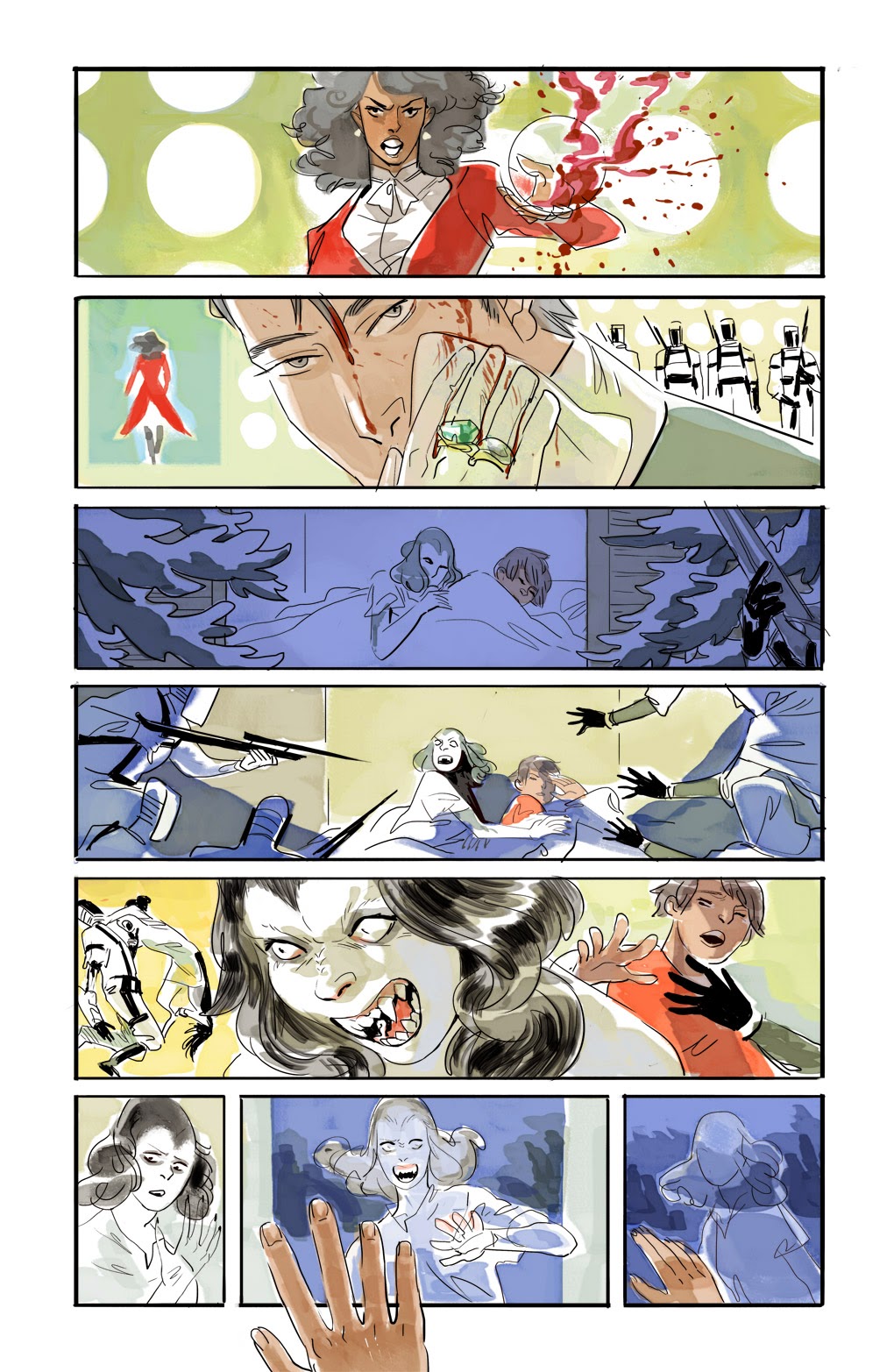 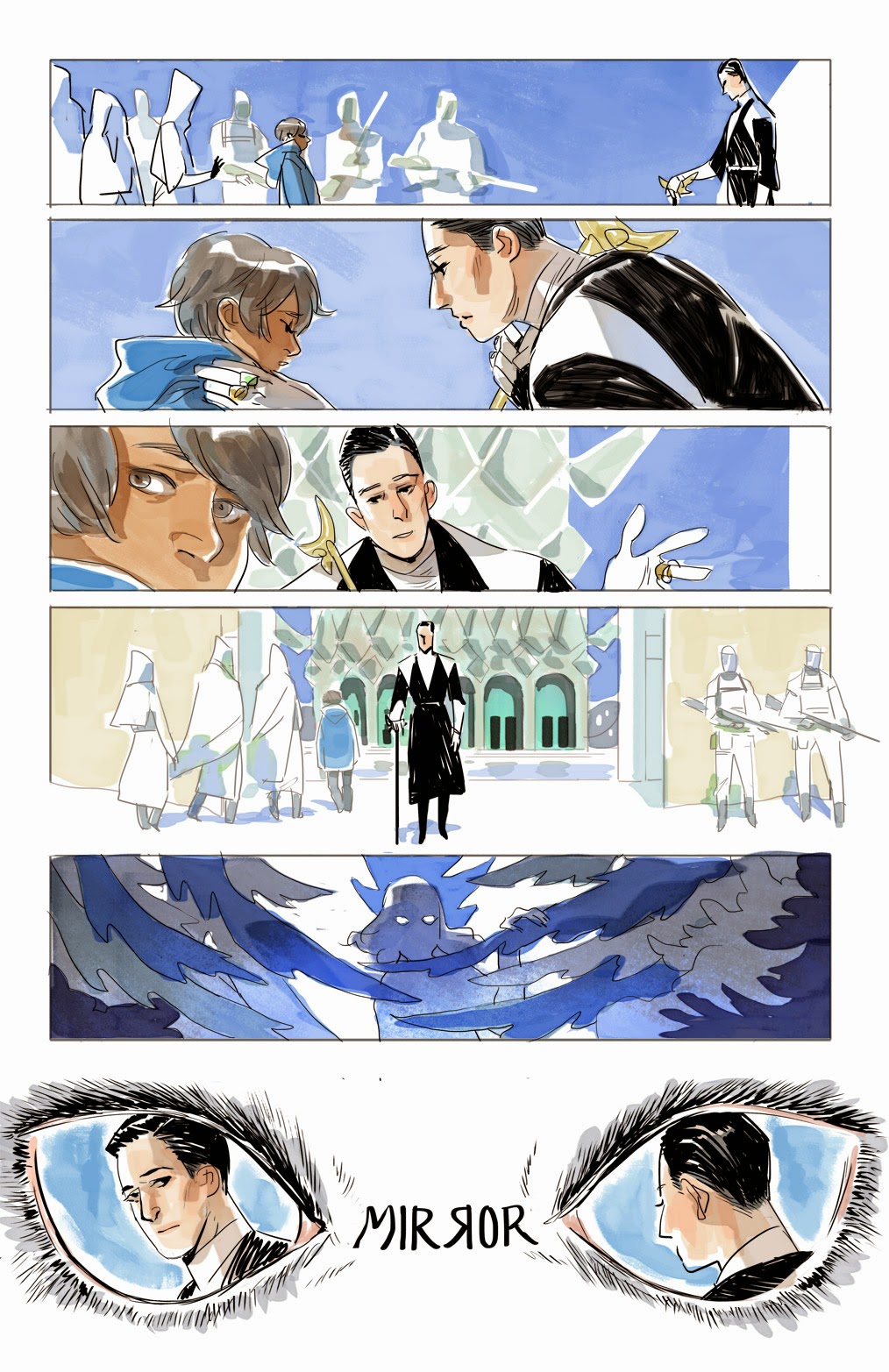 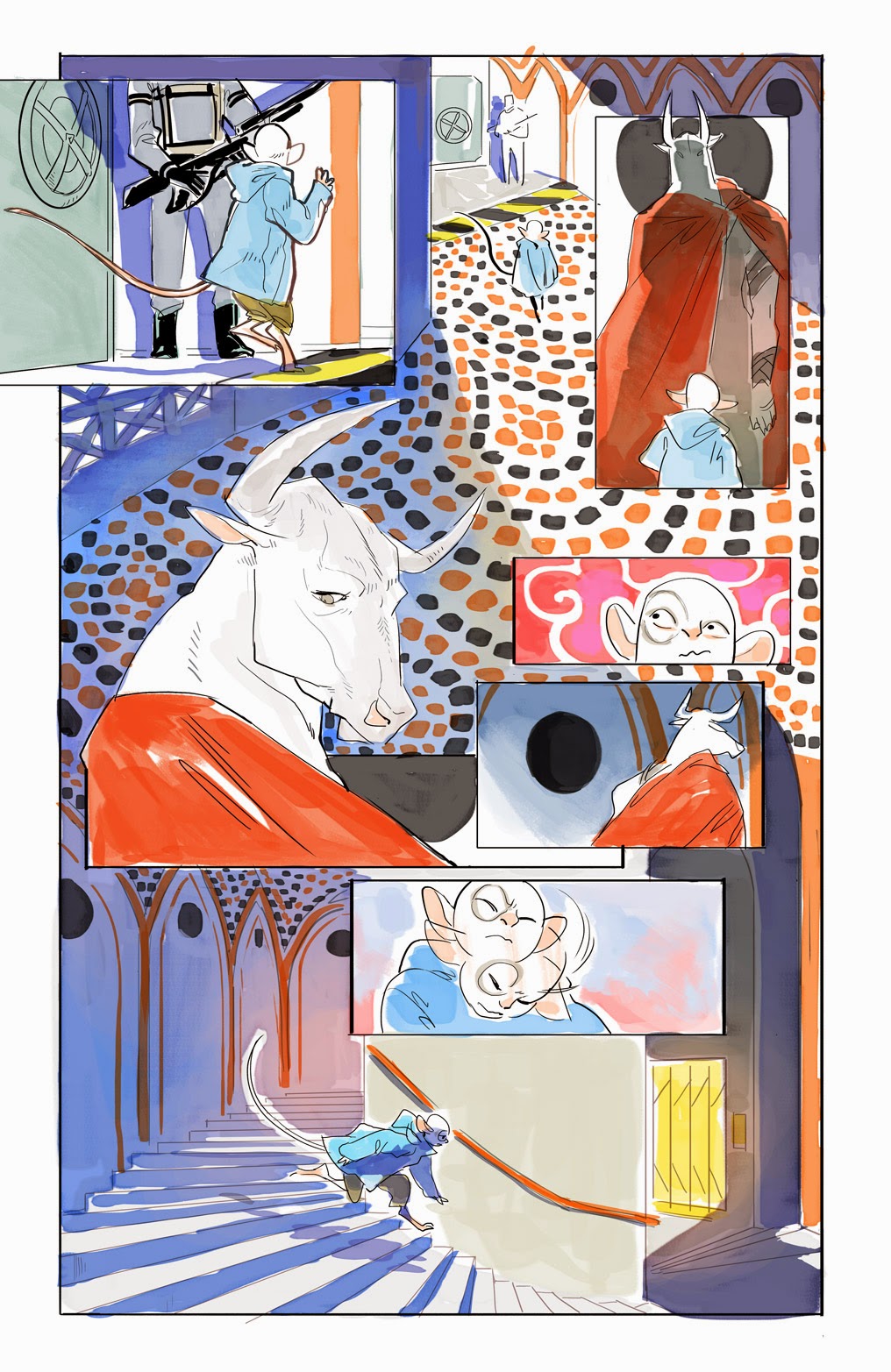