Announced in December, this March will see Boom publish a new, six-issue run of John Allison's Giant Days comic. Allison, best known for his Bad Machinery comics, published in print by Oni Press, originally ran Giant Days as one of his online comics at his Scary Go Round website. The series followed Esther De Groot and a rag-tag group of friends and hanger ons as they negotiated first Freshers Week and then university life aproper (with a bit of spookiness thrown in, from what I remember). Written and drawn by Allison it featured his signature humour, sharp characterisation and ear for dialogue. I'm happy to see anything from Allison, and this is an interesting move for him (he previously announced he'd be wrapping up Bad machinery soon and has new projects in the works), as he'll be undertaking writing duties only, with artist Lissa Reiman illustrating the book. A large portion of what makes Allison's comics tick, and well, his, is the fact that he draws them, with a unifying expression and speech woven from word to tone to page. Reiman's art looks a little less lively but still pretty good great none-the-less; I'm intrigued to see how it'll read as a whole. As much as I love Bad Machinery and hose pesky kids, I liked Giant Das that much more for being a bit more adult and featuring female characters around my own age.


This looks to be a great, short new series that will be smart and fun, for readers with an eye out for well-written, entertaining comics; something a bit fresh (I can't think of another university set or 'normal' 20-something, female-led comic, but there might be one out there). Esther, Daisy and Susan all start university at the same time and three weeks in have become fast friends thanks to their dorm rooms being located next to each other. Away from home for the first time, all three decide this is the opportunity to reinvent themselves. However, it seems they're destined to thwarted by a range of obstacles: hand-wringing boys, personal experimentation, flu, mystery mold, nuchauvinism, and actual university assignments, all of which cast doubt on whether they'll even survive the term. I'm so glad they decided to keep it all British- it's set up north, in the University of Sheffield, that horrible (somehow allegedly voted best university in the UK) place at which I did my Masters... 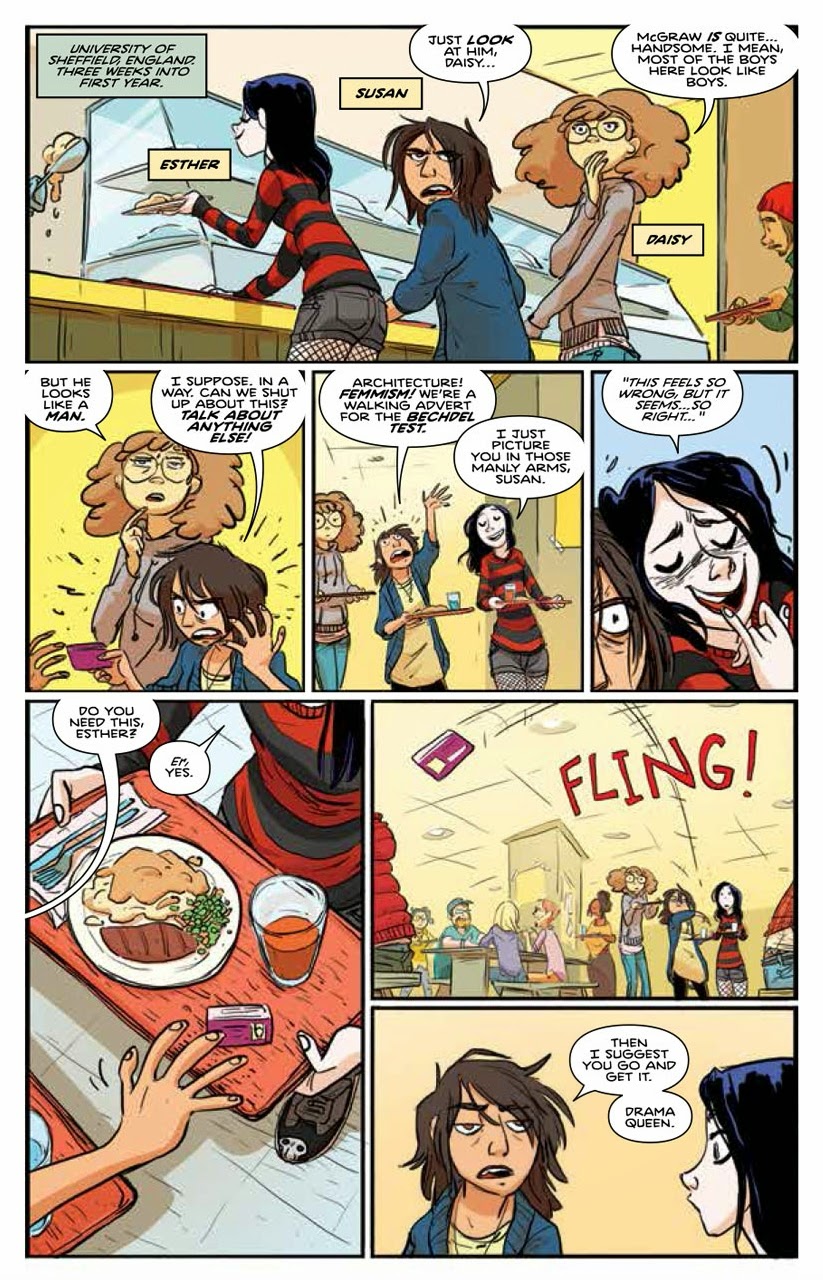 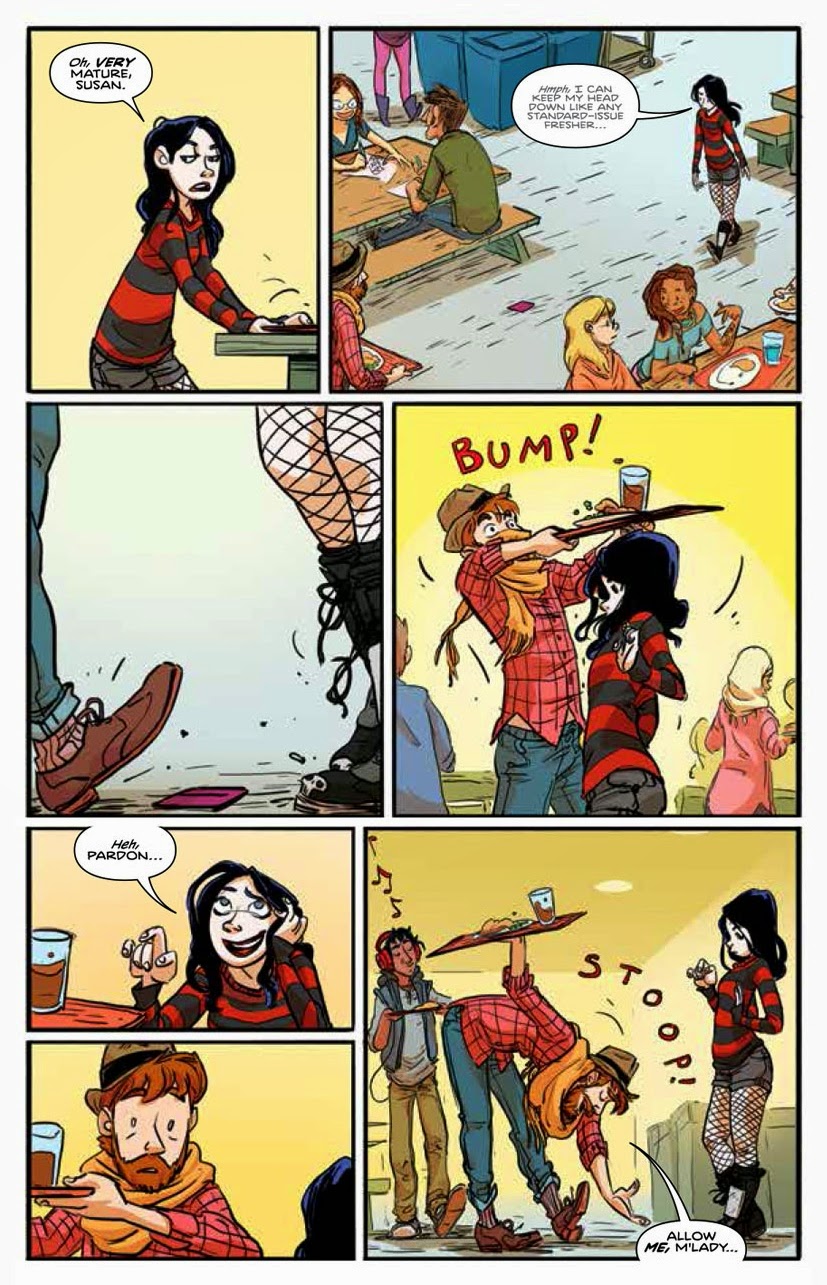 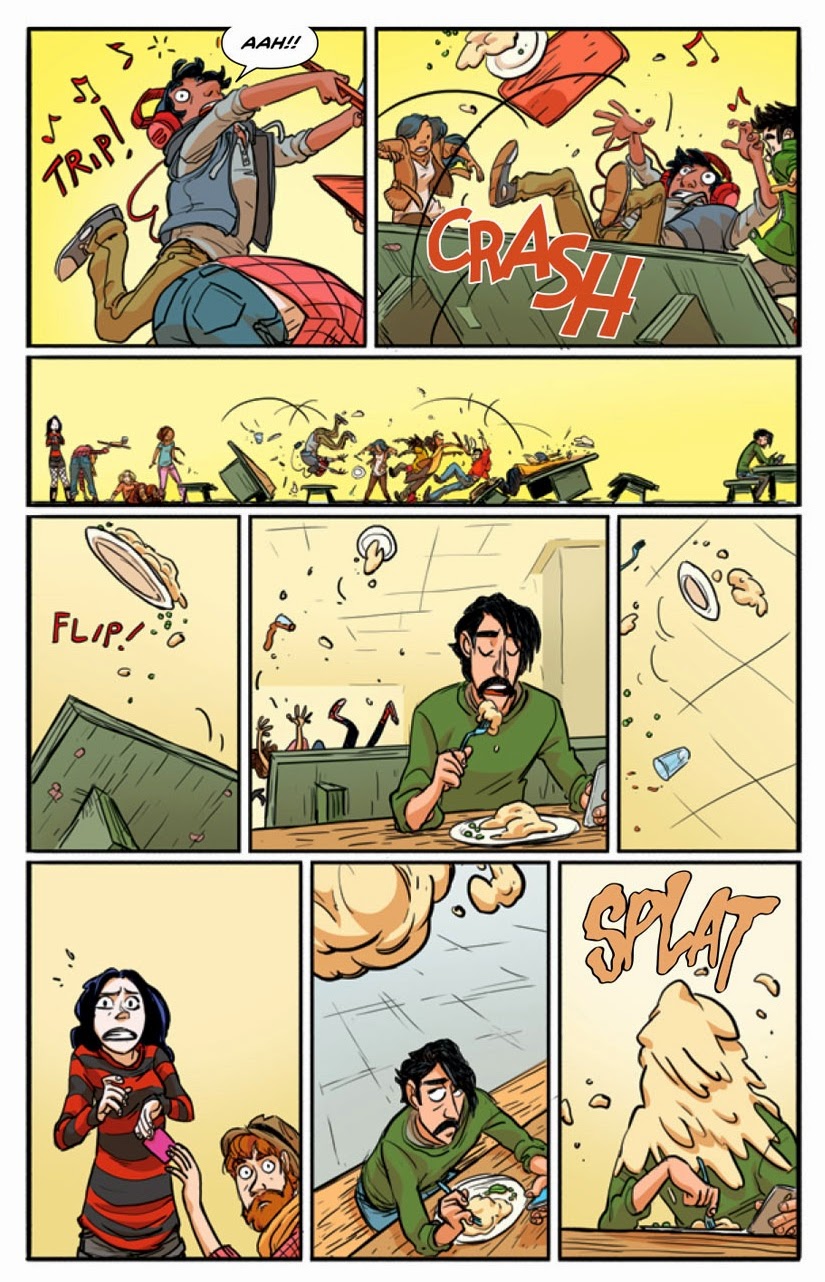