Lewis Trondheim and Jason have been jamming together to create 2-panel comic strips that sum up various hit films, including Jaws, Alien, Fargo, Ghostbusters, The Nightmare Before Christmas, The Avengers, The Bourne Identity, Indiana Jones, The Shining, Edward Scissorhands and more. Trondheim and Jason have each been posting their respective strips on their blogs each Wednesday, and the results are pretty great. Some films it's difficult to divorce from their iconic moments- the chest-burster scene from Alien, the Stay Puft Marshmallow Man from Ghostbusters  and how good is Jason's rendering of him? I like how with Jaws, all you really need is some simple visual imagery to signify the movie- a jagged line for rows of teeth, a fin. While most of the titles are quickly grasped, some are more harder to get at, Fargo, and The Bourne Identity, for example, but the guessing and working out is part of the fun. Jason's a pretty big cinephile and writes about the films he watches often; he's been doing the 2-panel strips for a while over at his blog, but it makes it all the more better with Trondheim joining in, as you get twice the goodness. I've collated some of my favourites below, but make sure to check out all the entries and bookmark both cartoonists' blogs. 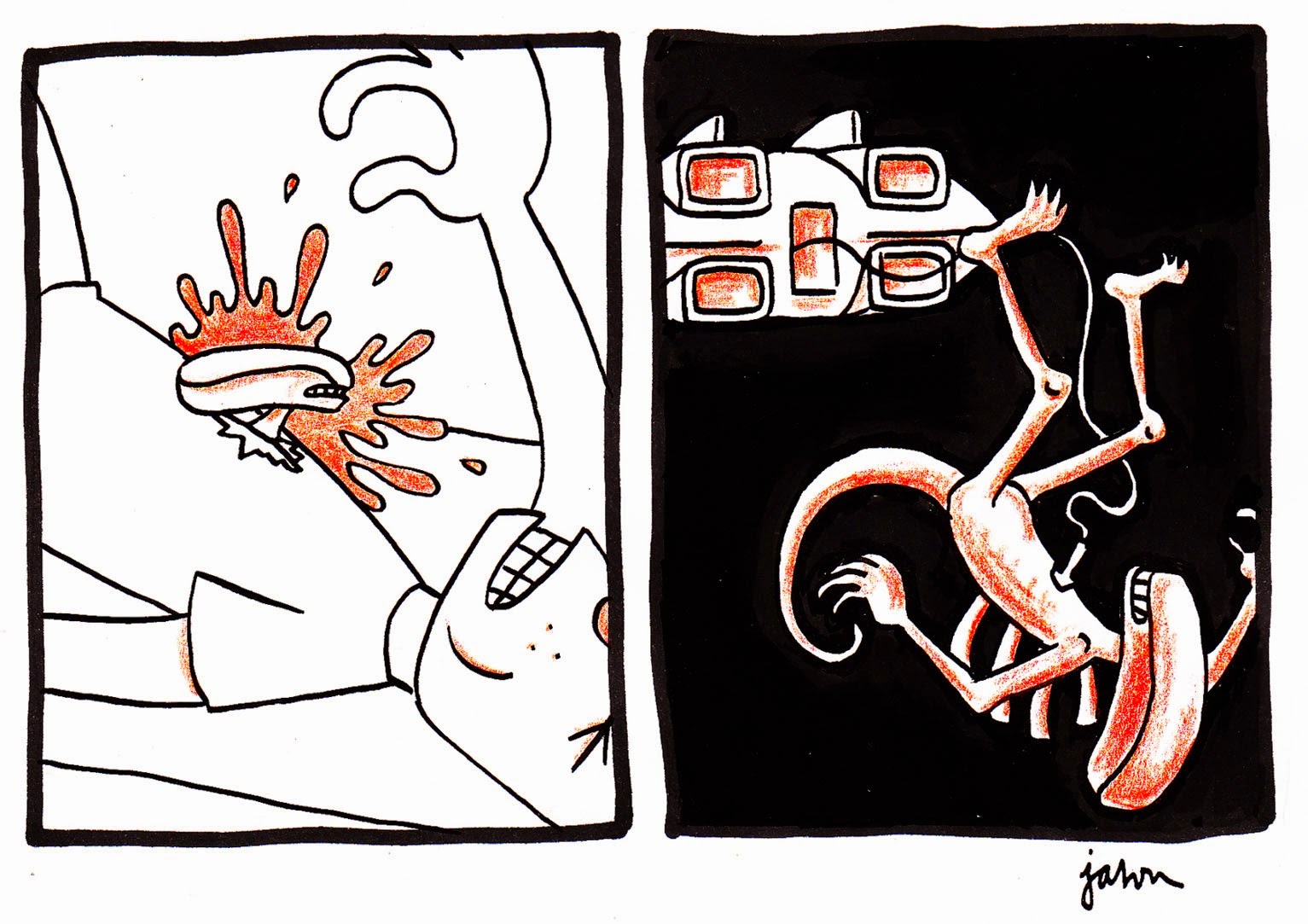 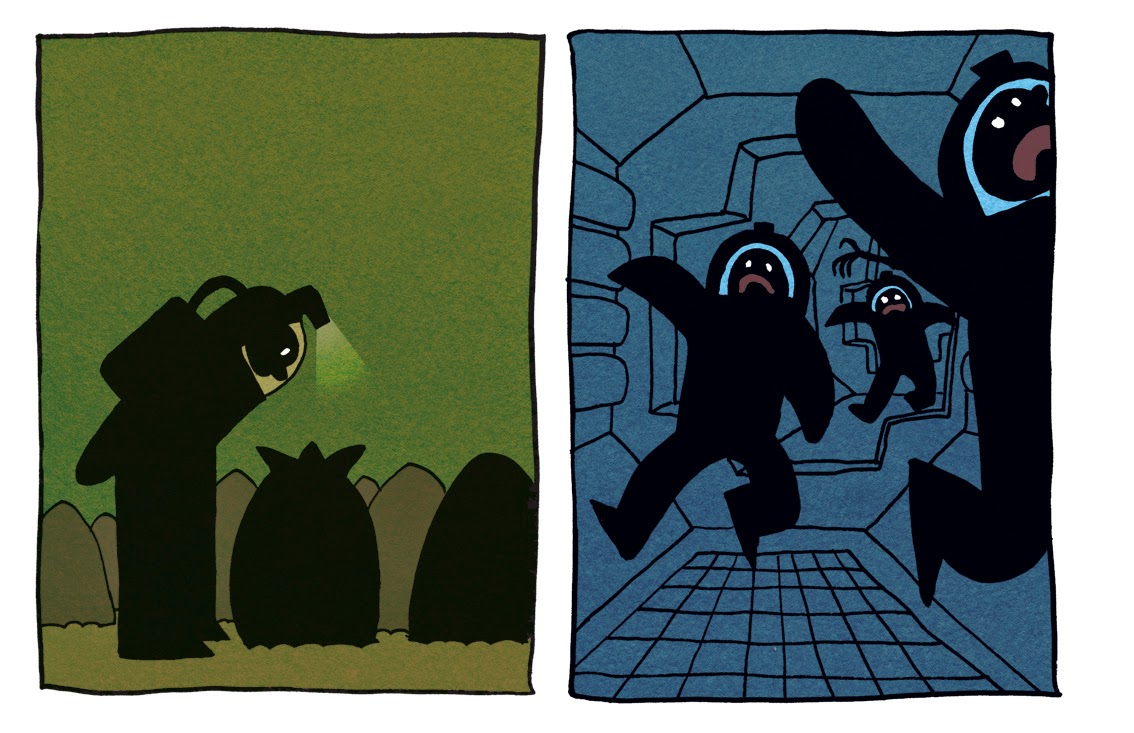 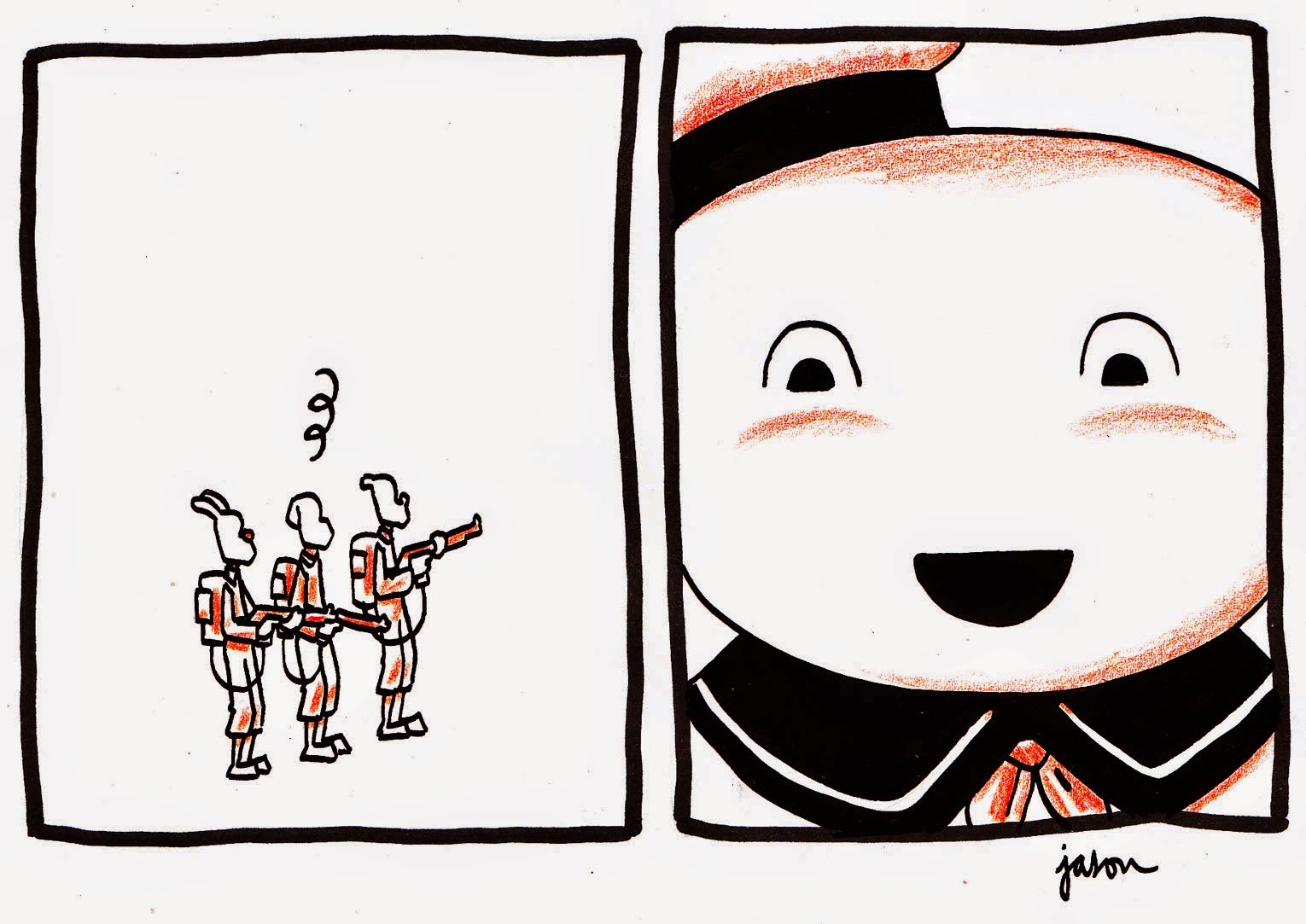 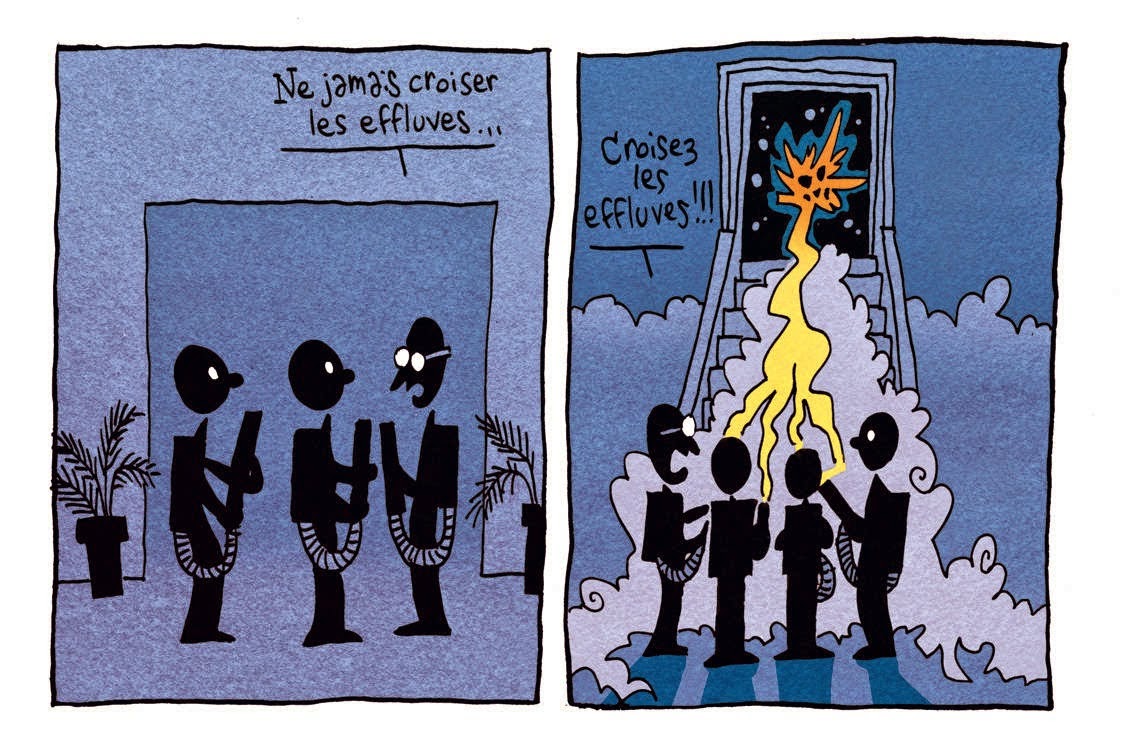 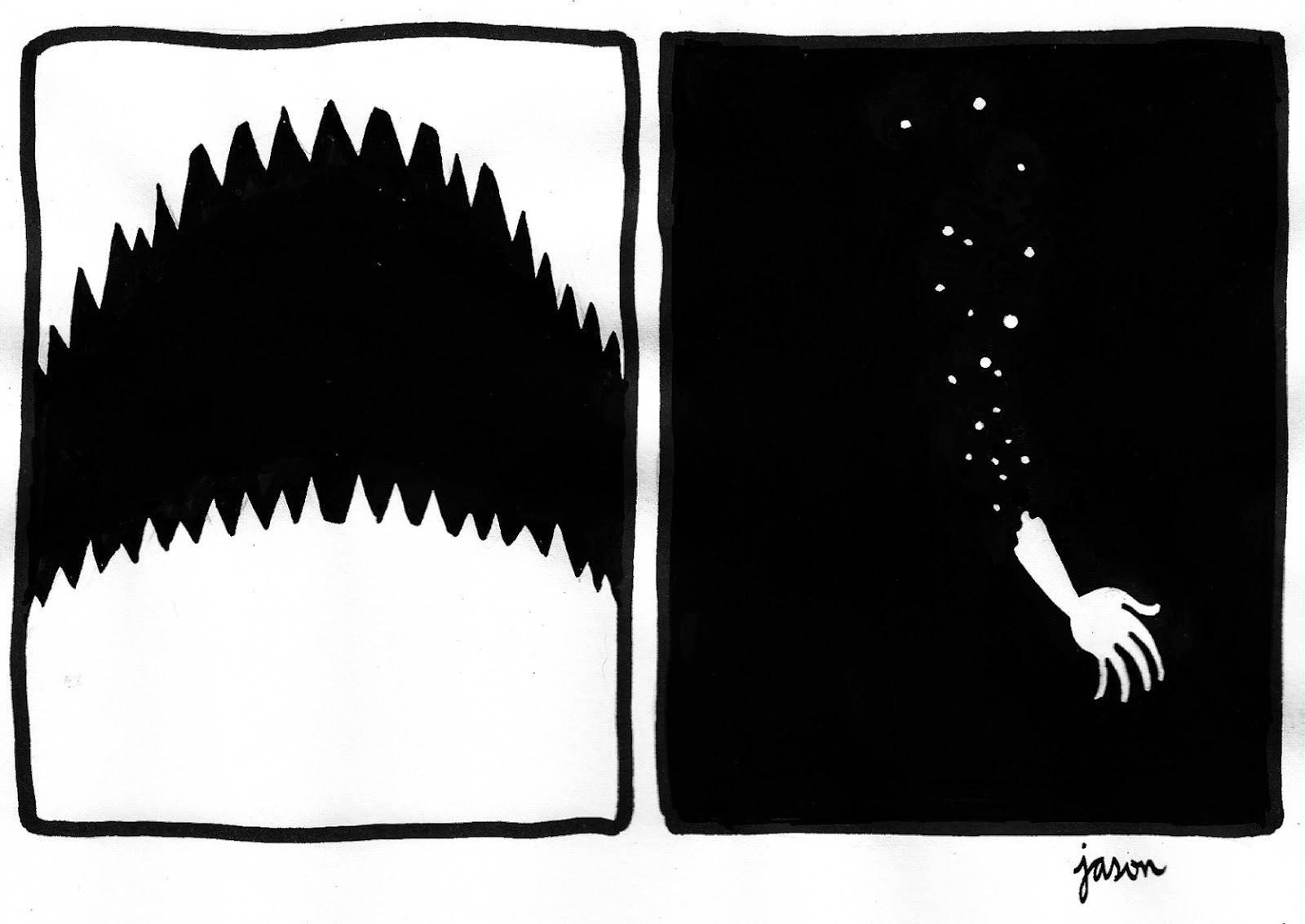 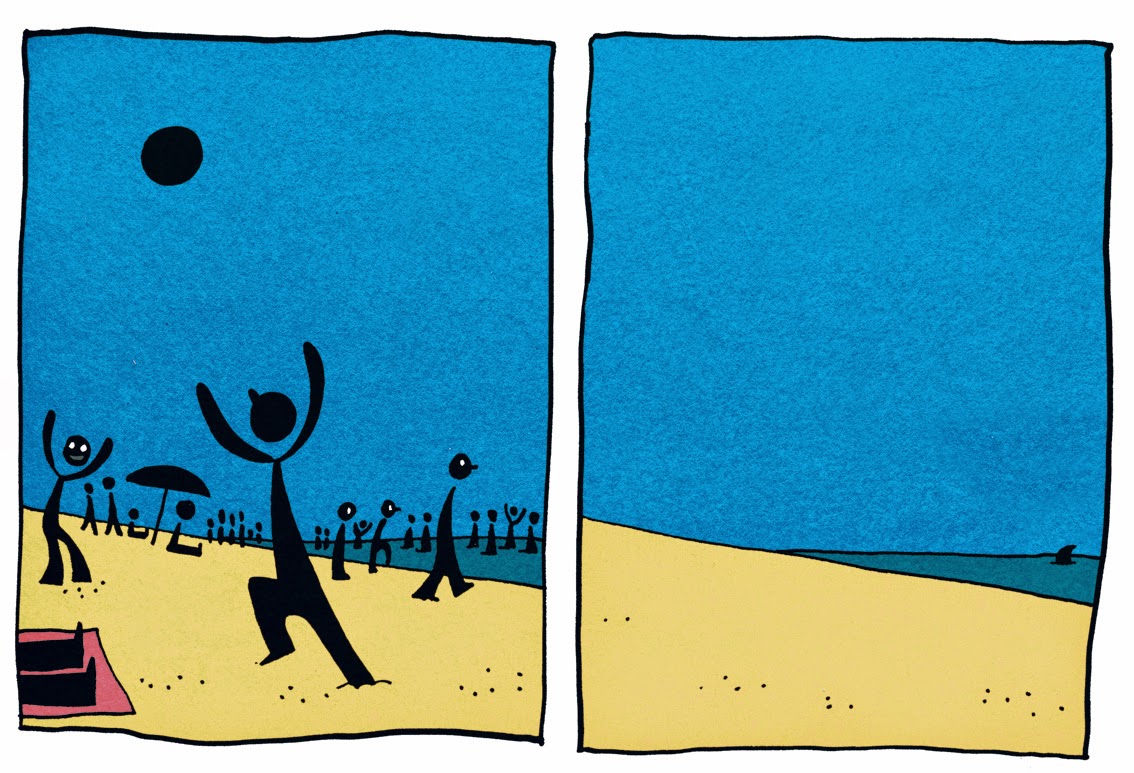 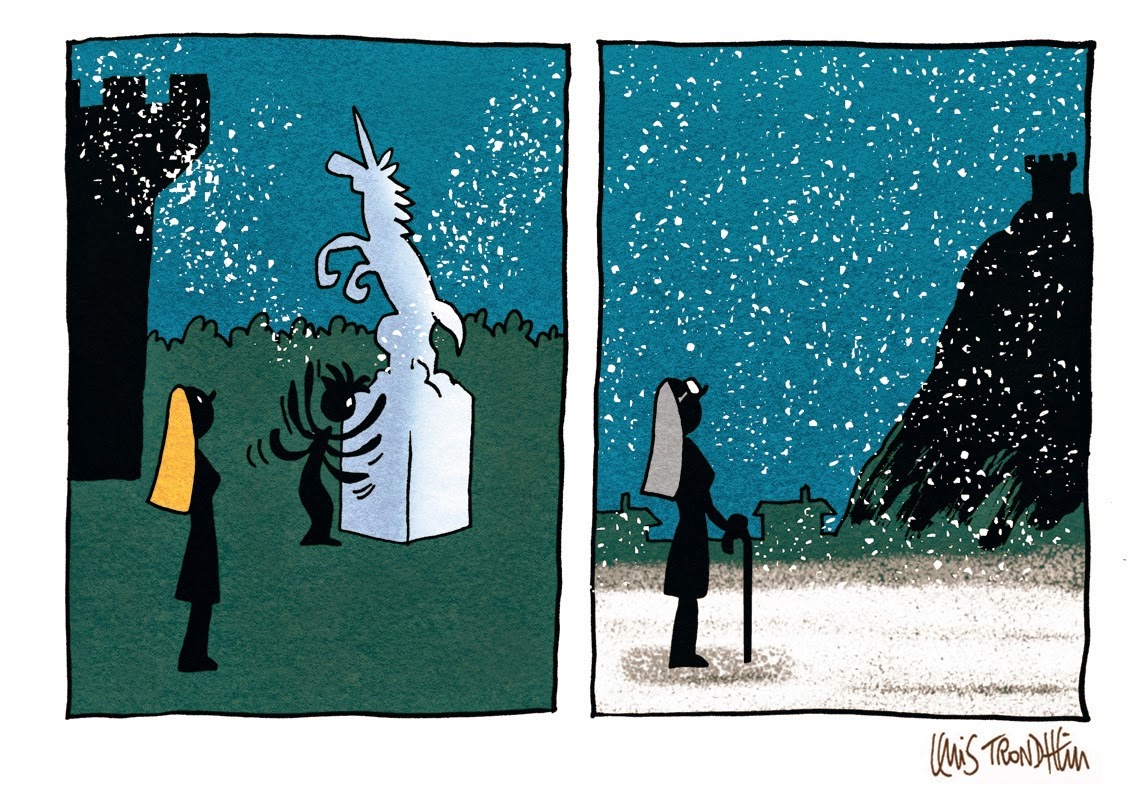