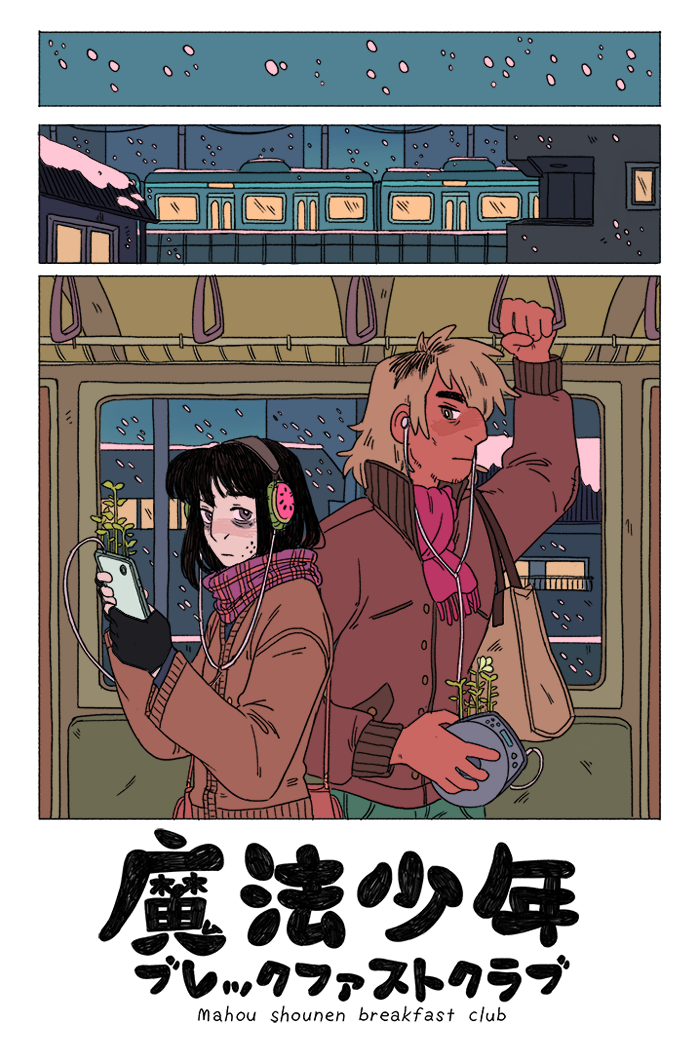 Cartoonists Katie O'Neil and Toril Orlesky have been building anticipation for their new comic, Mahou Shounen Breakfast Club, for a while, sharing process and art on their Strange Star blog (the banner under which they create comics together), and now it's finally here. And boy, is it utterly beautiful to look at- something evidenced by the few pages I've gathered here. A slice of life comic about the anime voice acting industry, romance, and cup ramen, Mahou Shounen Breakfast Club, the name suggests reference also to high school manga tropes, and well, The Breakfast Club. So although it's about a group of Tokyo voice actors and their lives, relationships and resulting production issues, it opens with lengthy scenes of the anime to which they're lending their voice, and if that cut between the two narratives is to be continued, it's going to be very ambitious indeed, and even more intriguing to watch develop.

That opening is wonderfully done, as it takes you into the anime straightaway, and coming into it cold, you're not aware that what you're reading is not the actual 'reality' of the story. I like how the colours, setting and choices reflect that: a full page splash of the school, a closer panel of the front doors, then the inside of the hall, a long view panel of the five characters at their desk, and then individual close-ups of each on. This establishing, coupled with the bright, clean colours and lines is lovely and thematically fitting with what you think is an anime comic, but that rather perfectly done mis-en-scene makes more sense when you consider -and know- it's not 'real life,' but the show that you're seeing. Similarly, O'Neil and Orlesky have fun with character introductions: the professor's entrance is complete with dramatic door opening, flying swirling, flower petals, an imaginary wind making her robes flow: that whole magical girl thing. The colour palette and style changes a little (as in the title card above)  -darker, slightly more textured- once the reader's pulled out of the show and into the real, voice acting narrative.

Mahou Shounen Breakfast Club is a project that O'Neil and Orlesky work on in their free time, so the comic doesn't have a set schedule, but will be updating once a month with a new chapter (10-15 pages), which I prefer as I like reading in chunks, and find it more easier to keep up with web-comics by checking back periodically. It's free for all to read (which I always find fascinating and am very grateful for; I can't think of any other medium which puts out as much free work), but there's a Patreon for it here, for those wishing to lend their support. It's an incredibly good comic, and I recommend you go read it now. Really excited to follow this and see where it all goes. 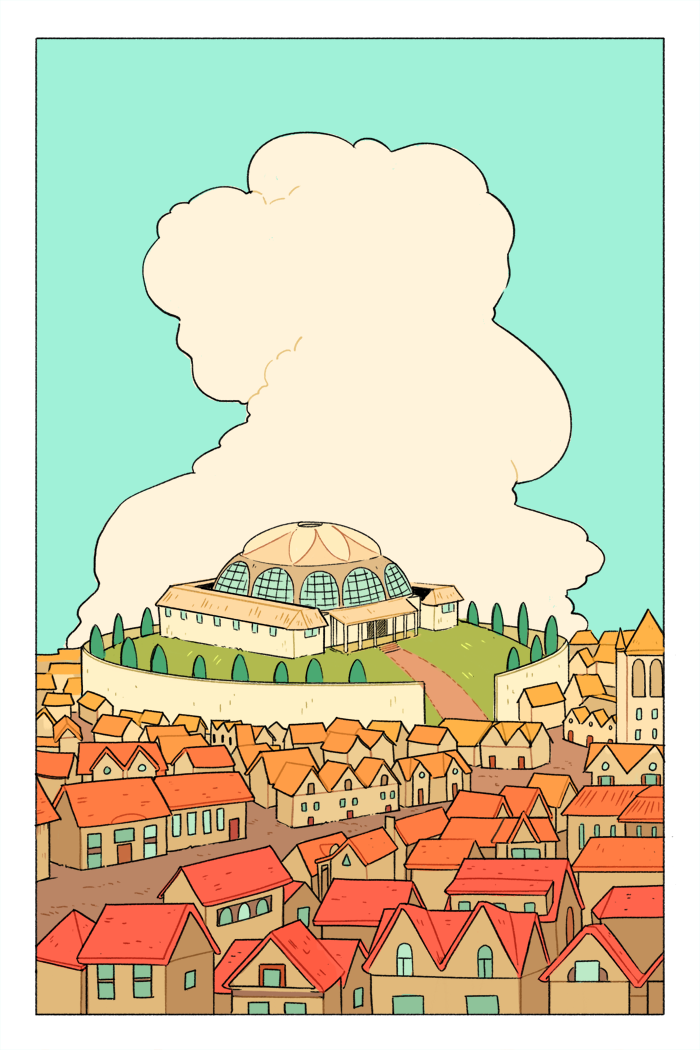 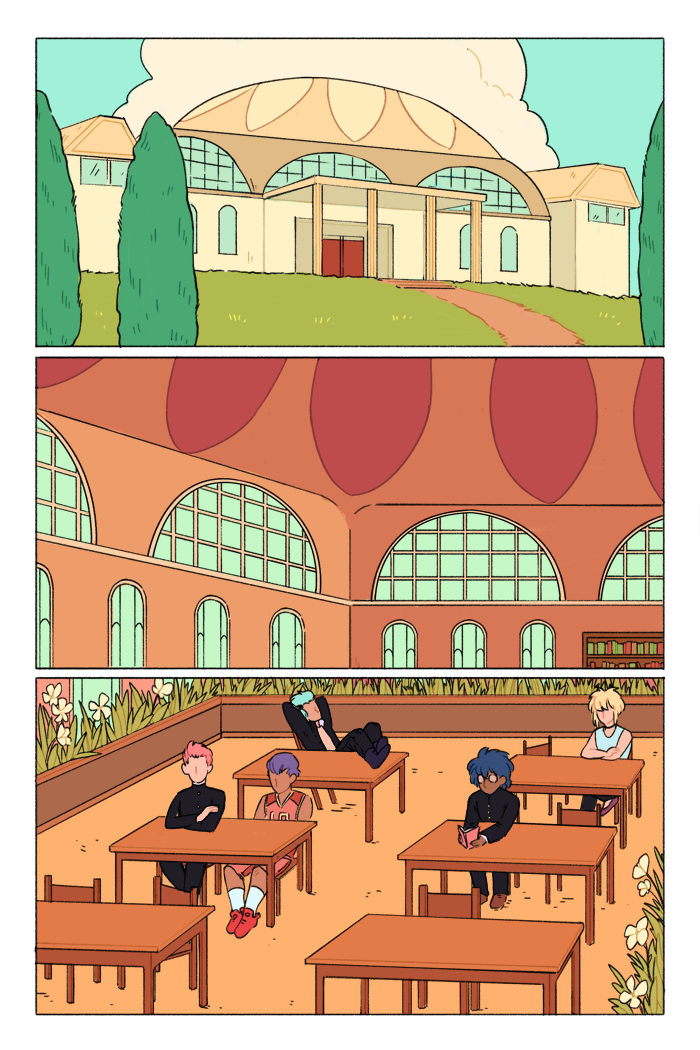 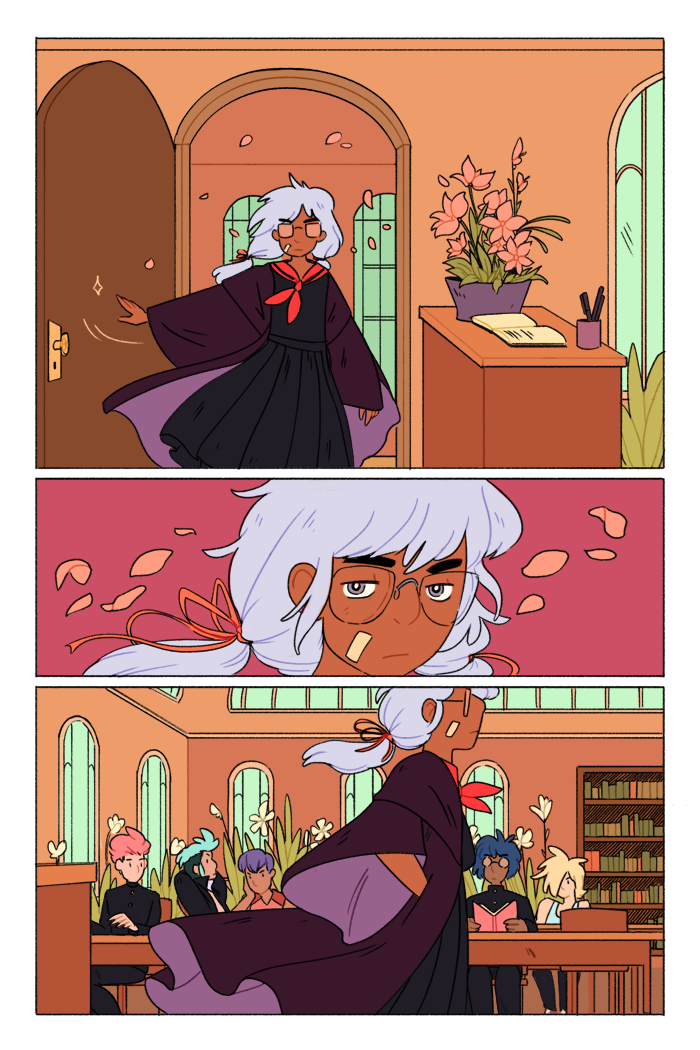 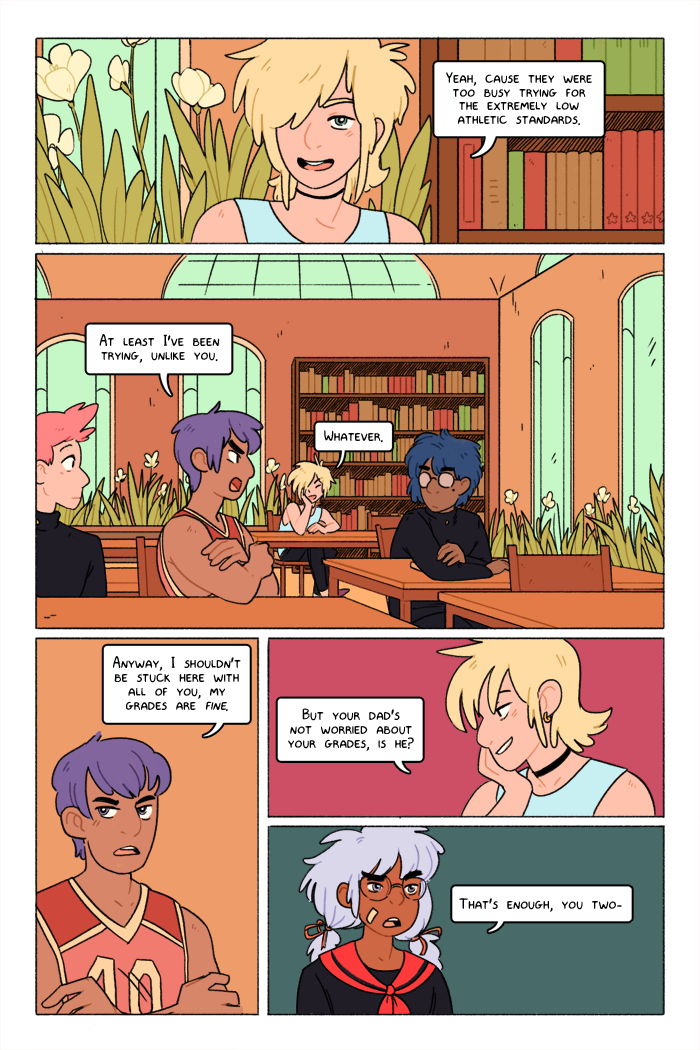