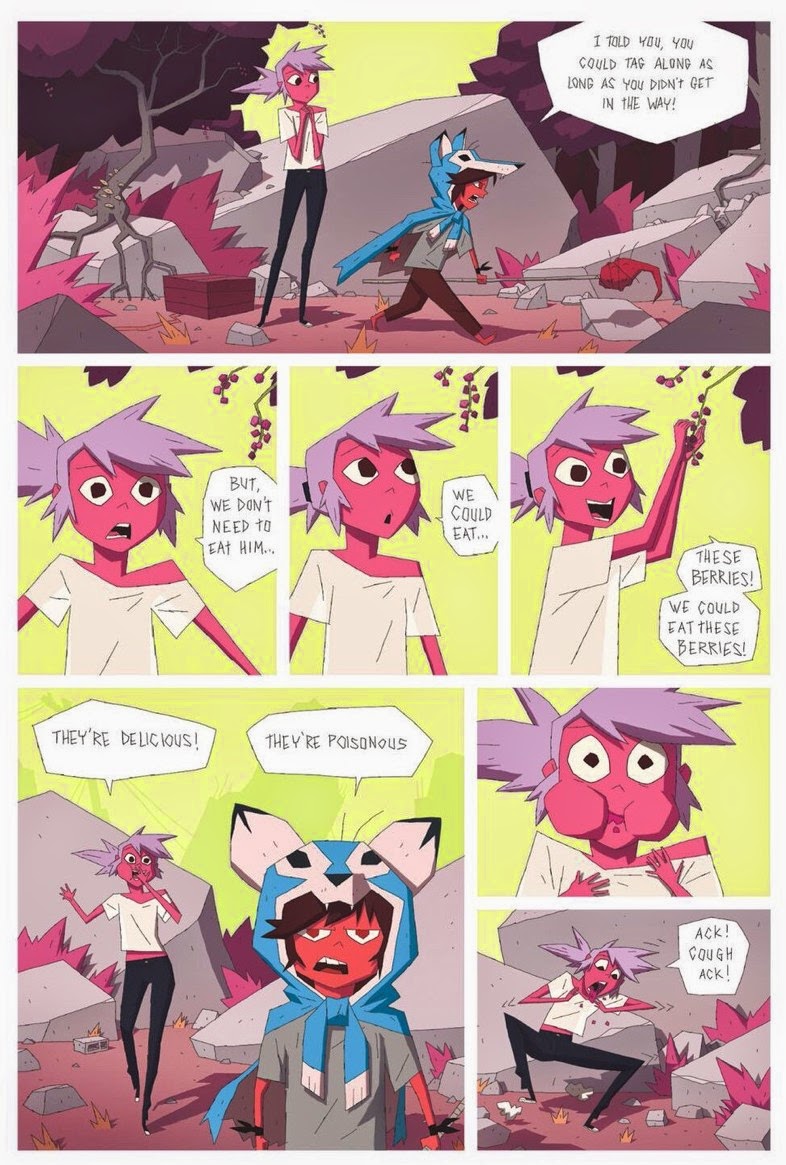 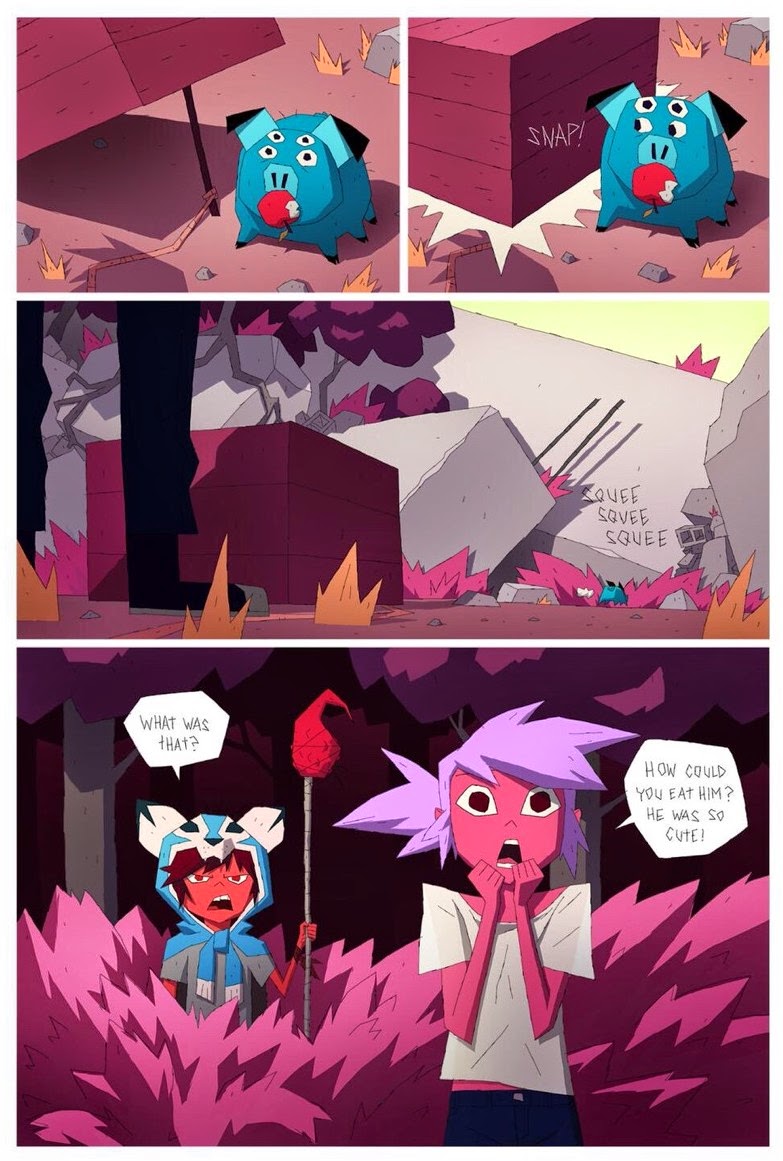 A new web-comic that's definitely worth checking out is Rad Sechrist's Kipo. Sechrist, a former storyboard artist/ character designer working in animation (DreamWorks, Disney, Cartoon Network), has recently quit his job to make comics, and began posting pages of Kipo on his Tumblr. I was going to flag it up at that point, but he mentioned he was in the process of creating a dedicated site for it, so I decided to sit on it until that was live, in order to link directly to it, making navigation much easier than sifting through various Tumblr posts. Truth be told digital art is really hit and miss with me; some of it can look so homogeneous and flat, lacking any emotion or character but Sechrist has ensured his work doesn't fall into that territory via the use of an unusual and outstanding colour palette, a variety of interesting textures, and the expressions bestowed upon his characters- all of which really help bring it to life.  It's too early to tell where the story is going yet, although it appears to be a sci-fi/fantasy, with odd duo protagonists learning to get along with each other, and some very curious beasts: ginormous cat/bear fluffy creatures, anyone? The best thing, however, has to be that four-eyed blue pig- the way one set of eyes is looking curiously to the left and the others straight at you: adorable. You can read Kipo from the very beginning here. 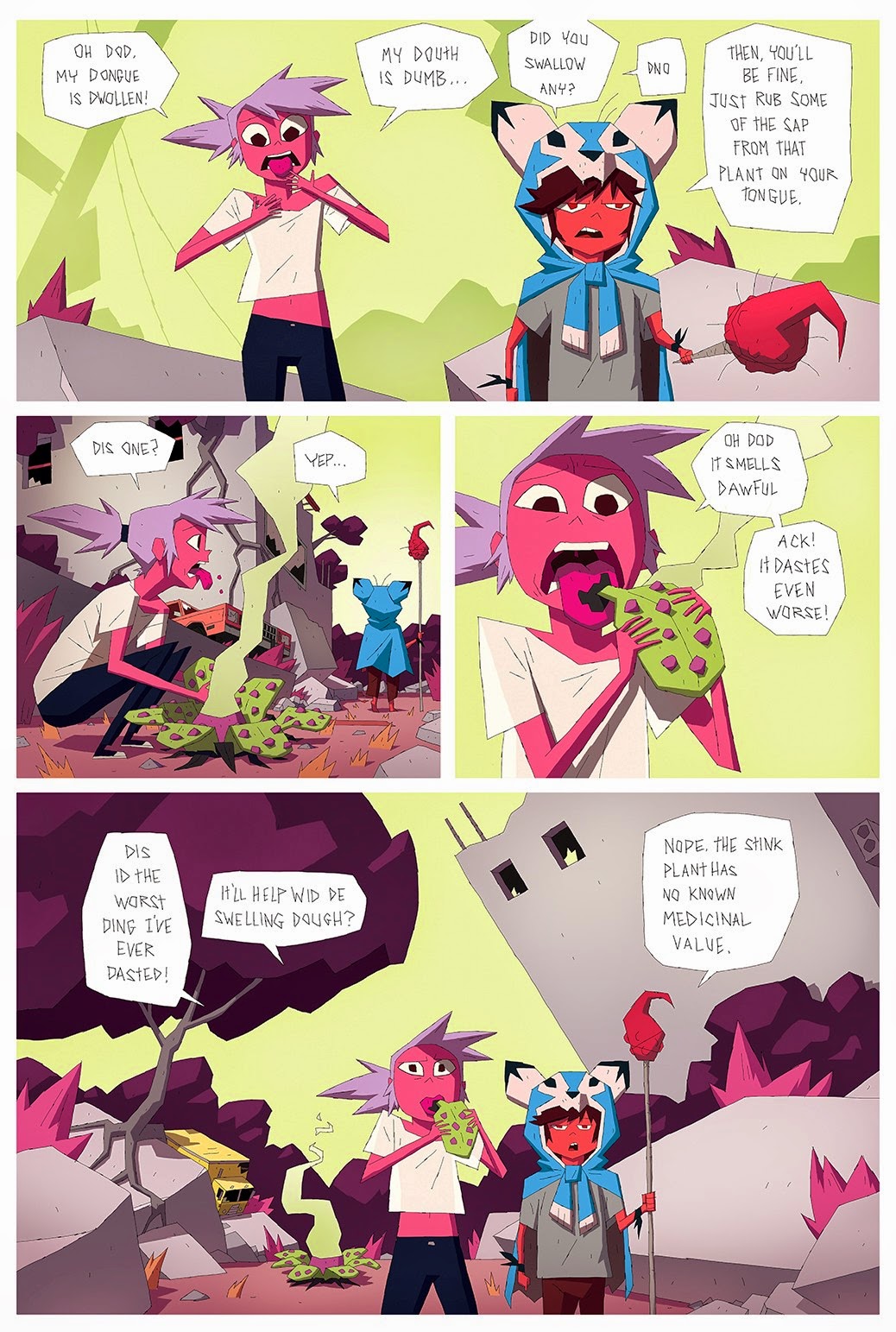 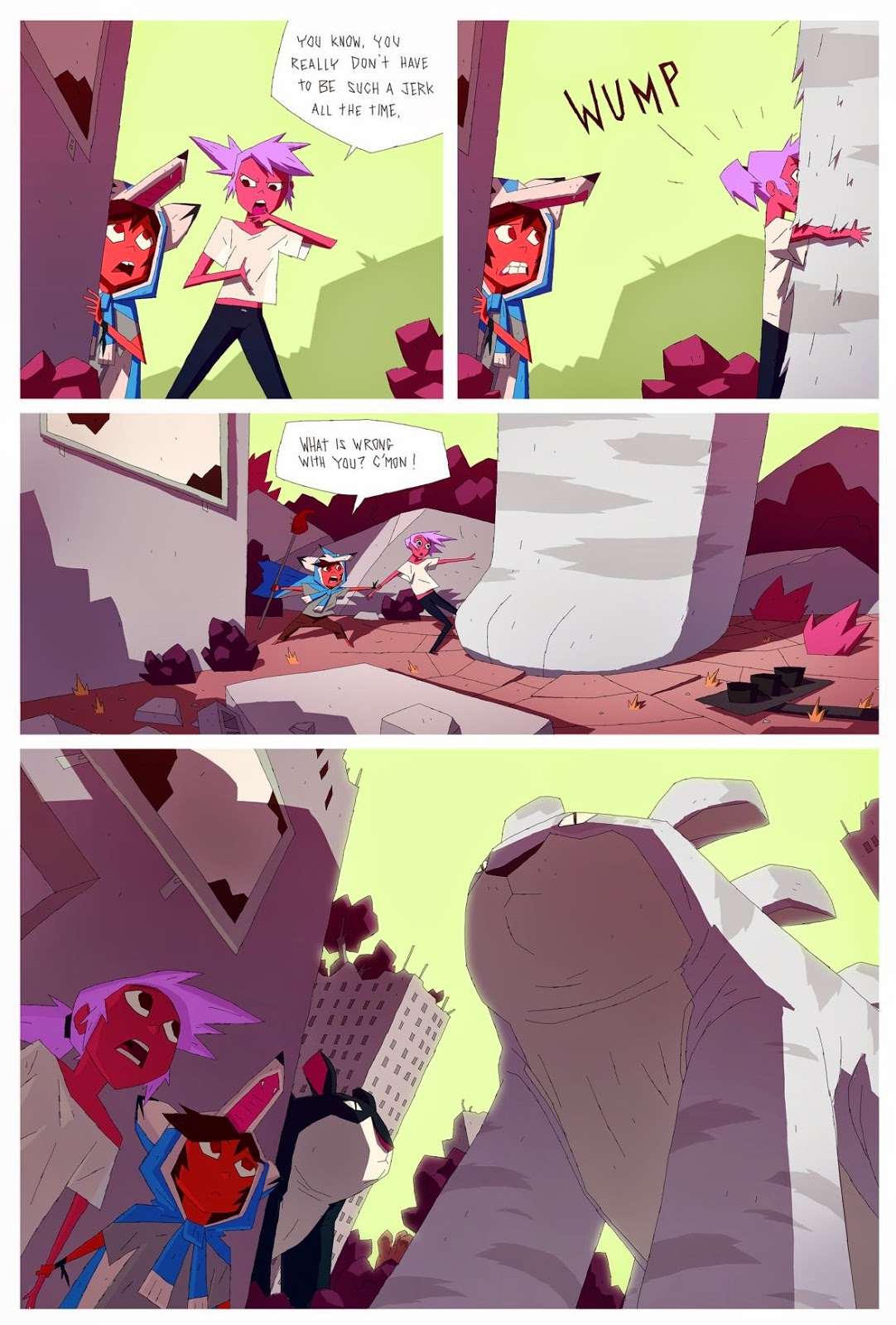 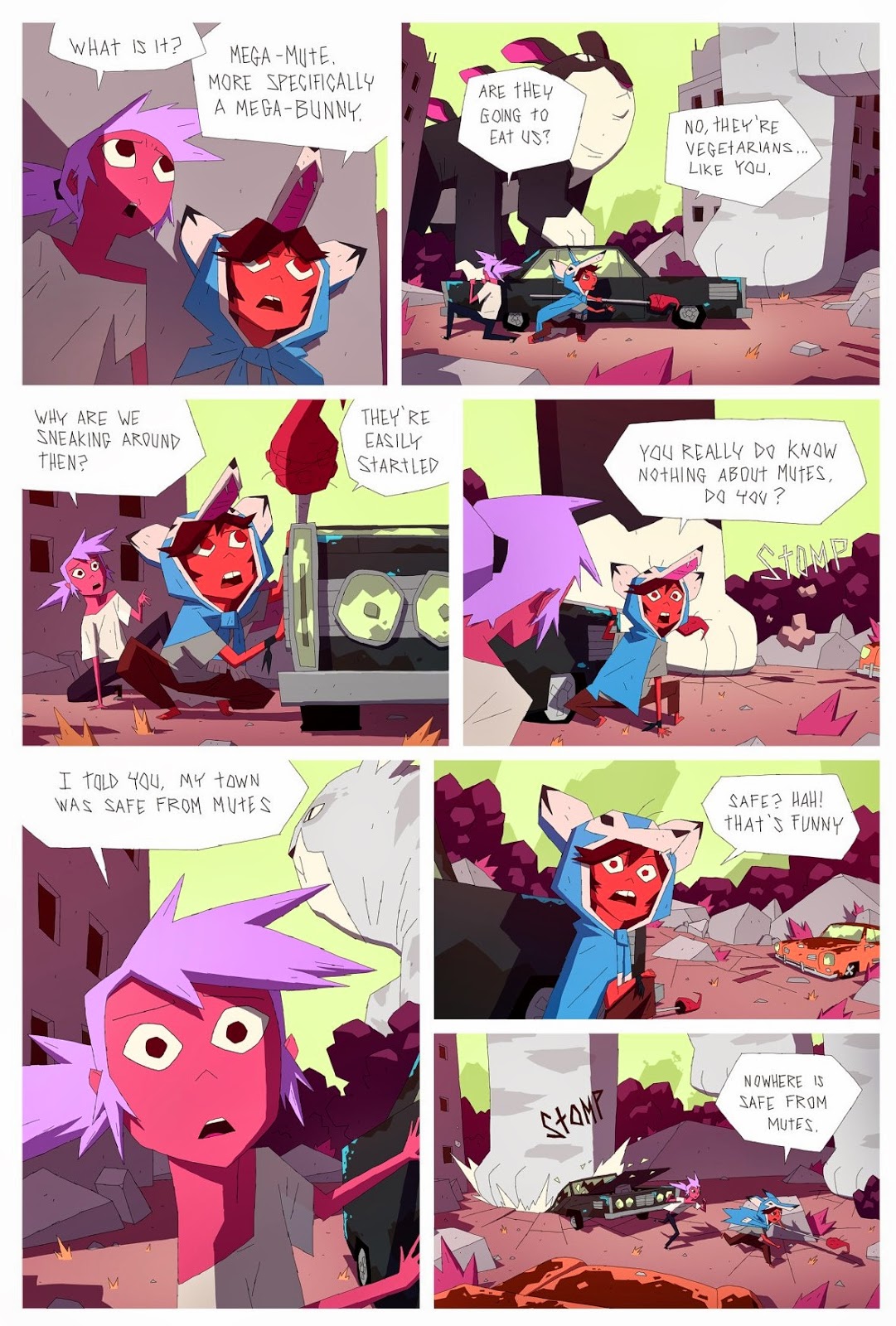