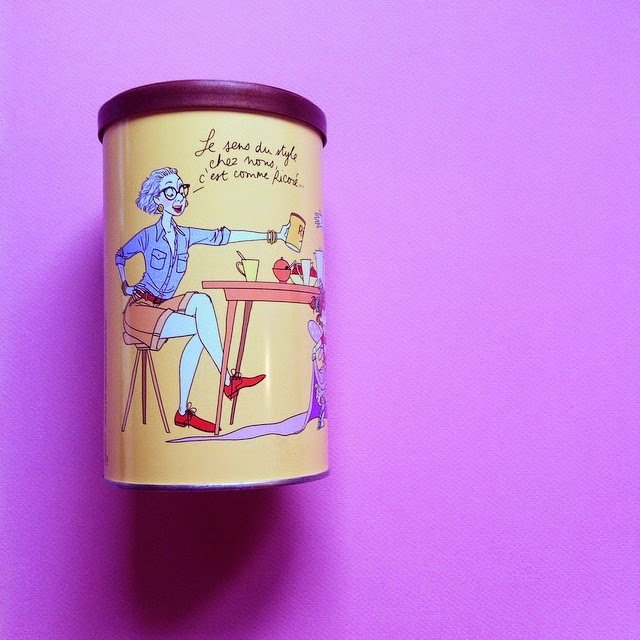 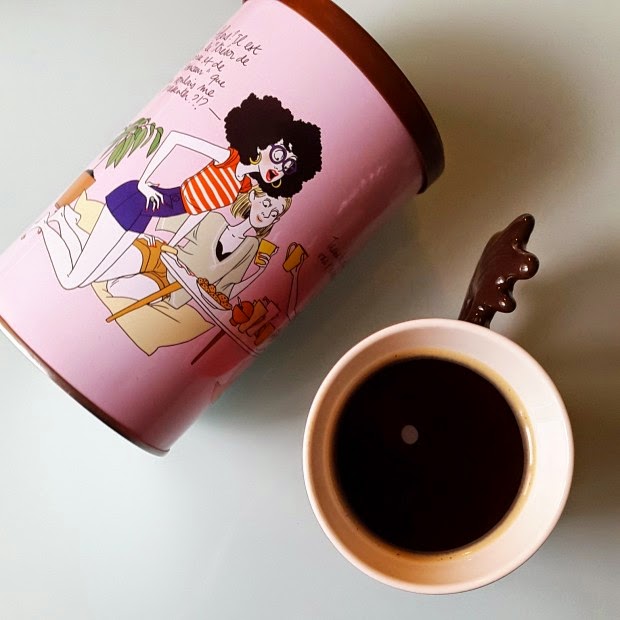 This is from last year, but I'll always have space on the blog for Margaux Motin, and I actually love seeing artists and comic artists, especially, involved in collaborations like this- whether it be for clothes, or travel cases, or as in this case- coffee packaging and design. Even better when the person tapped is someone whose work you love. Nestle's Ricore is a coffee brand established since 1953, largely found in France, who, in a bid to re-brand with something more contemporary, hired the excellent Margaux Motin to create limited edition packaging for the coffee, which would also adorn the re-usable plastic tube boxes in which the coffee comes encased.

Motin is perhaps most familiar to English language audiences via her 2012 graphic novel, But I Always Wanted to Be An Anthropologist! released by British publishers, Self Made Hero, but she's a respected and immensely popular artist with a vast online following (where she began chronicling her autobiographical comics with a focus on fashion and humour), and has worked with several magazines and publications. Anthropologist is a collection of those comics, which see her discuss the daily rigours of a 30-something illustrator living in Paris, her interactions with her persistent and precocious young daughter, and her boyfriend, whilst trying to look stylish at all times. Her irreverent humour and covetable fashion wardrobe and choices aside, her cartooning is wonderful; she possess a great, lively line, and her figure work demonstrates an expressive command of body language and posture it's that loosed, fine-lined style that looks so good and effortless, but is really difficult to do well,

Ricore set Motin the task of coming up with three illustrations -for the three different sized boxes the coffee comes in: family, friends, solo- that would reflect the brand's values whilst imbuing them with the characteristics that define her own work: modern and full of life. As you can see from the images below, she more than came up with the goods, creating light, fun, everyday scenes that also speak to the branding of each box size. When transposed onto the actual tubes, the designs look even sleeker and rather elegant; the brightness of the background colours is tempered somewhat and translates as pastel shades, which works better. I'd imagine they're rather collectible; Motin fulfilled her remit and then some in making them appealing and they wouldn't look out of place as decorative storage- I'm going to see if I can track any down...

(Cup image via, pink image via) 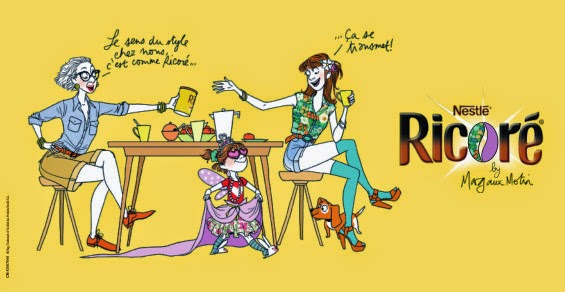 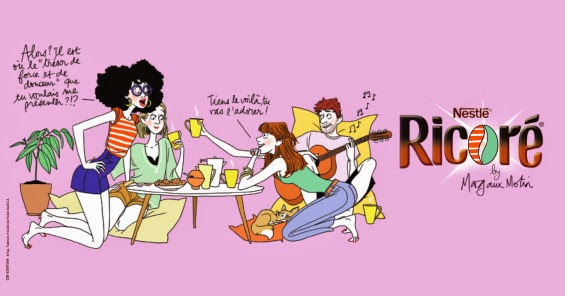 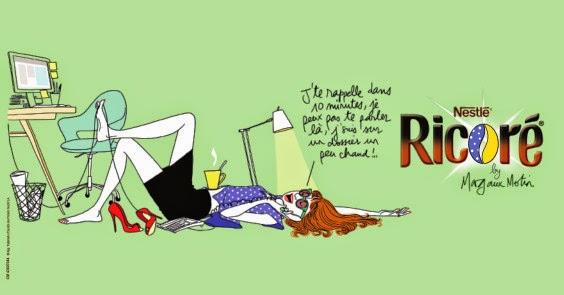