A bumper edition of News, Views and Oddities, as I've been saving up bits and bobs of news from a while back, so chances are you may have heard of a few of these already. As usual, links to interesting pieces encompassing comics, books, illustration, toys. design and film. Clicking fingers at the ready.

There are few better ways to spend some time -on a Friday, of all days- than looking at a video-book of beautiful Jiro Taniguchi watercolour paintings. these are from the travel book he produced for fashion house Louis Vuitton.


I'm keeping a close eye on TCAF guest announcements as I'm attending this year (as I've mentioned 1000 times already; I'm pretty excited- it's my first time), and the festival has released news of the first wave of invited attendees, the bulk of whom are Canadian or American artists at this point; no doubt international guests will be announced at a later point. It's a strong line-up: Charles Burns, Jillian Tamamki, Eleanor Davis,  Barbara Stok, Scott McCloud, Lucy Knisley and more.


Darling Sleeper is Medium's new comics-focused publication, edited by Jesse R. Lucas. Whit Taylor is serialsing her comic, Passing, on there, and this interview with Aisha Franz is good, too.

A good, short interview with Bill Sienkiewicz on art as a vocation and career.

You may remember in May last year, it was announced that Bastien Vives' Polina, a mesmerisingly gorgeous graphic novel on the life of a young woman who is a ballerina,  would be adapted into a film. Well, its pedigree just got a little more richer, as Variety revealed superb French actress Juliette Binoche has joined the cast. It'll be interesting to see who she plays; Polina's mother isn't a presence in the comic, but there is a tough teacher with whom Polina clashes bitterly with, so perhaps Binoche will take up that role.

Pleased to see any Richie Pope comics, so the news of him creating a story for something I'm already fond of is an additional bonus. Pope is working on a comic for the next volume of the Josh Tierney-penned and multi-artists authored Spera: Ascension of the Starless. The Spera series has such a good track record of talented voices in comics and illustration. And because I'm a sucker for unique and distinctive monsters, these designs he's been sharing of the 'molded angels' have me intrigued. 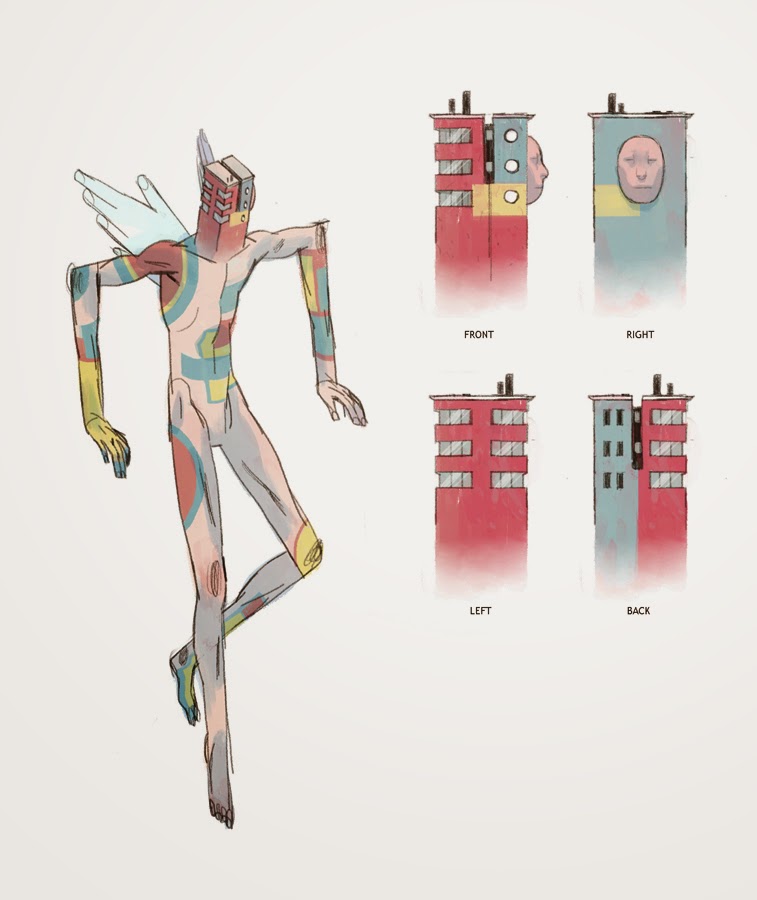 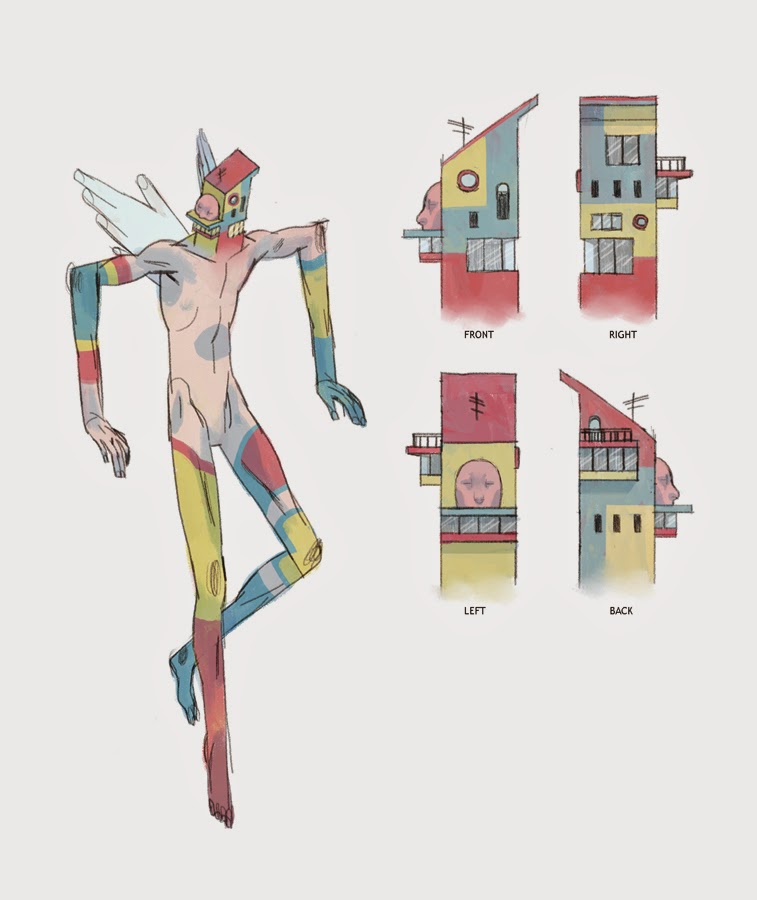 Sana Amanat, Marvel's star editor behind titles such as Ms Marvel and Captain Marvel, amongst others, has been promoted to Director of Content and Character Development- as Heidi McDonald reports, it appears that's a position that's been specifically created specifically for her, which makes it an even more impressive achievement.

This is an excellent interview with Drawn & Quarterly's Tom Devlin, on the success of Tove Jansson's Moomins comics. And this is another one with Josh Palmano, owner and founder of one of the UK's most well-know comics shops, Gosh! That latter one in particular is interesting, as Palmano talks about the changes in comics and audience etc over the years and how the shop has adjusted to reflect that.

I love Chris Haughtons' work, and this is a wonderful fit and application of his talents: painting wall reliefs on walls in a children's hospital in London.

Lego have acquired the Scooby Doo license (don't pretend you're not excited), so we're due a few different Lego sets incorporating the characters in various scenarios. Me, I'm just after the Mystery Machine and the individual figures. The Brick Fan has the full run-down on the sets including photos, and all other news and announcements from the New York Toy Fair. 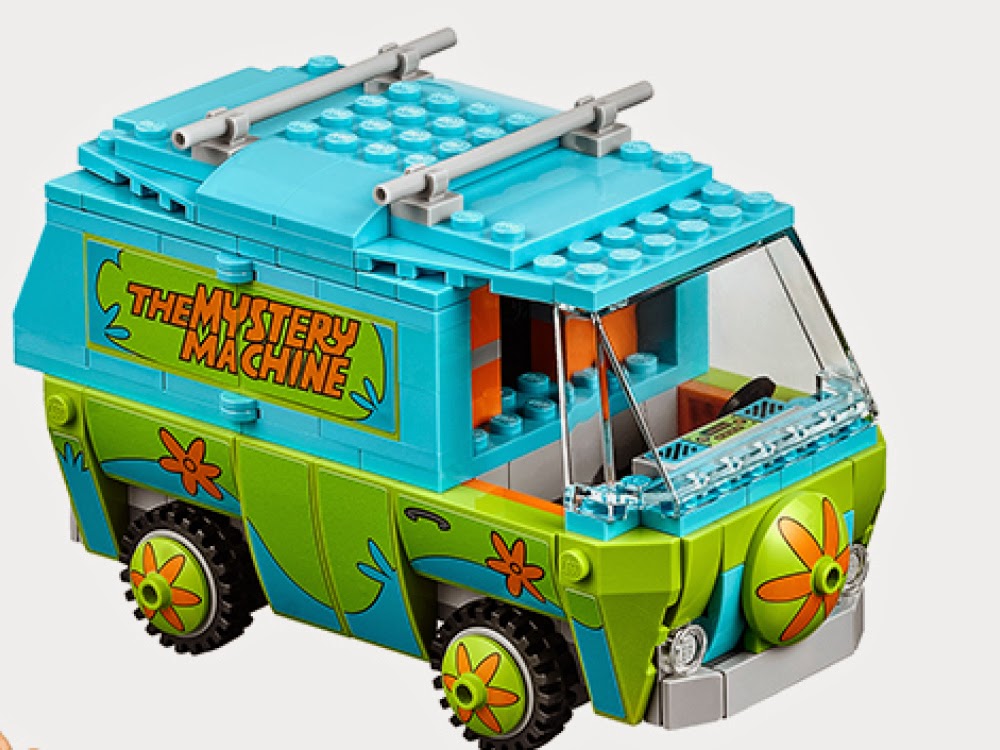 Horizontal press have published a series of 'Tijuana Bibles' by some of comics foremost authors: 2 colour risograph-printed poronographic zines, by Sophia Foster-Domno, Eleanor Davis, Roman Muradov Lizzy Stewart, Eleni Kalorkoti, and more. You can buy the zines individually, or as a set.

I'm always wishing for more fashion/comics efforts, and as commercial as this may be, I still like the concept and idea of it: Marvel have a 'styled by Marvel' Instagram account which shares clothes and accessories -some of which are Marvel-licensed, some not- in an effort to 'get the look' of certain characters, or simply clothes with your favourite comics character on.


I wrote about Viv Schwarz's excellent anxiety comics roughly this time last year, so I'm honestly thrilled to see that she's planning a book around them, hopefully for publication at some point this year. I also like what she has to say about the process of connecting these single, albeit connected, comics she made into a graphic novel, and not losing what they're about:

'I am working on making my Anxiety comics into a book. A full graphic novel. It's a lot of work. I need to connect all the little episodes up, a little bit, and have a few narrative arcs. At the same time I am refusing to give the reader anything to latch on that might detract from what I want to say. I know many people will want to pick up a narrative that supports their favourite ideas about anxiety disorder - maybe about medication being a good or a bad thing. Maybe about trauma - how it's all about relationships or childhood or self-esteem. They'll be looking for somewhere to put the blame and some solutions that they can approve or disapprove of. That's not what this is about, though. There's enough of those books already.' 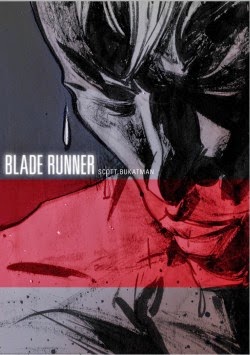 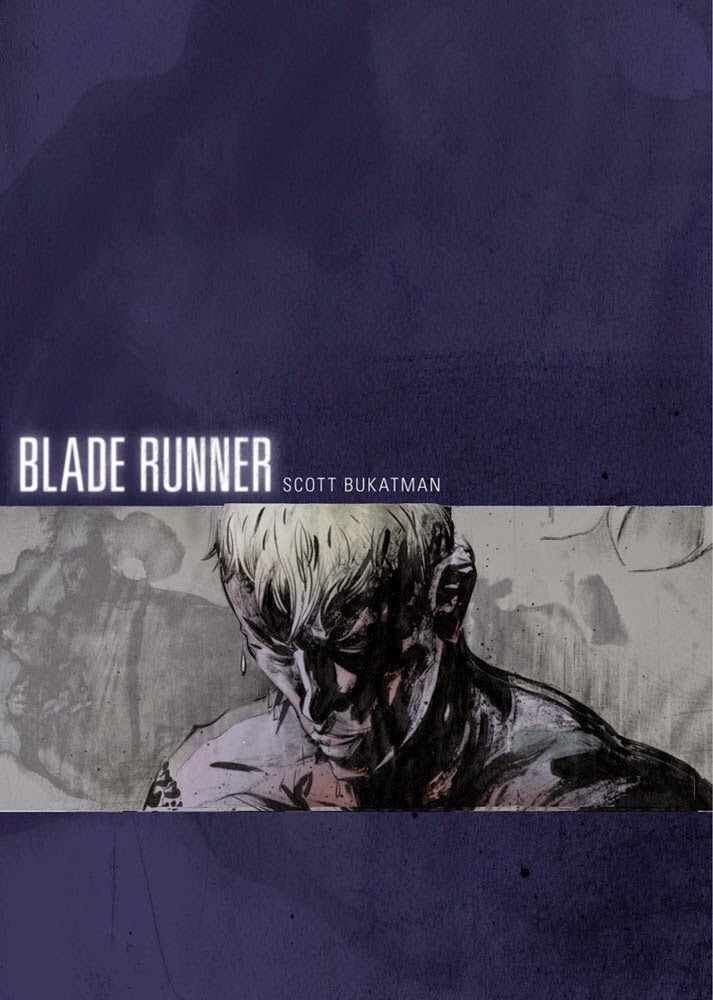 In further film/comics news: Jane Goldman has joined the Fables production as screenplay writer. The projected film adaptation of Bill Willingham's comics series currently has Nikolaj Arcel (A Royal Affair) on board as director, with Jeremy Slater (The Lazarus Effect and the new Fantastic Four) as a scriptwriter. Goldman's previously written screenplays for several comics-to-film movies, including Kick-Ass, X-Men: First Class and Kingsman: The Secret Service, in addition to adaptations of Neil Gaiman's Stardust and Susan Hill's The Woman In Black.

Sticking with films, but slightly smaller productions, there's been a film made of Paul Hornschemeier's We Were Not Made for this World, a comic taken from his Project: Telstar  book published by AdHouse Books.  I really like the way that looks; solid design interpretation.

Announced yesterday and due in the summer, the hit duo of D'Israeli and Ian Edginton are publishing a new sci-fi series with 2000AD, titled Helium. That teaser image is glorious.

The Felt Mistress (Louise Evans) does it again. After last years magnificent Turtles, she's created something that may well make you feel warmly towards as cold and hard a corporation as Coke (obviously I already do- hence blog name)- the cutest, sleekest felt coke bottle complete with spindly arms and legs, a-strumming on a guitar.

Of all the announcements of new comics from Image Expo last month (that was only last month?!) the one that got me most excited -Island and 8House aside- was the upcoming Paper Girls series by Cliff Chiang and Brian Vaughan. That's a an awesome collaborative team-and the premise also sounds nifty: 'Set in the late 1980s, the ongoing series will follow four newspaper-delivery kids who experience something extraordinary, where what exactly has occurred isn't readily apparent. ' 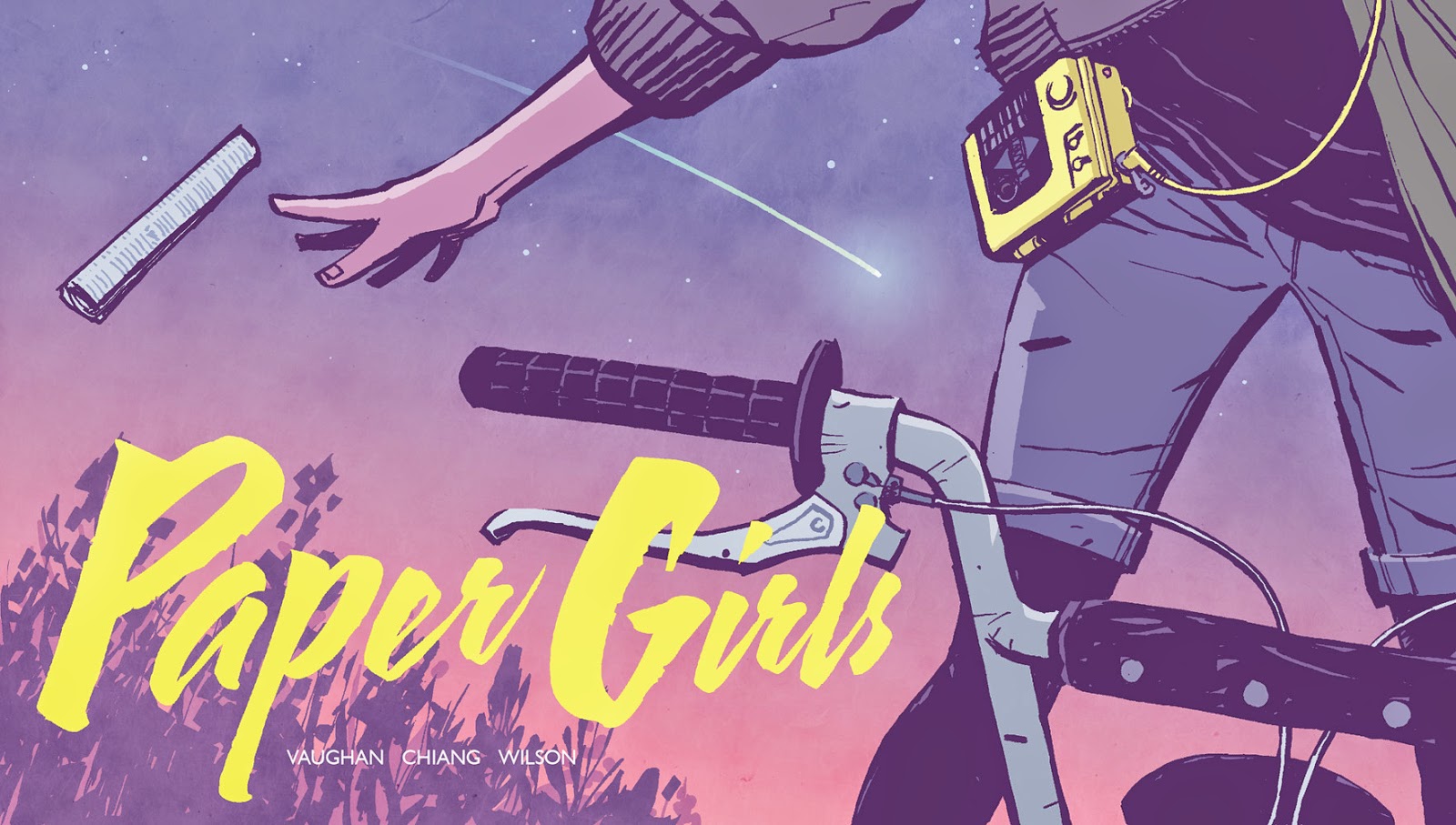 Comics you need to read: 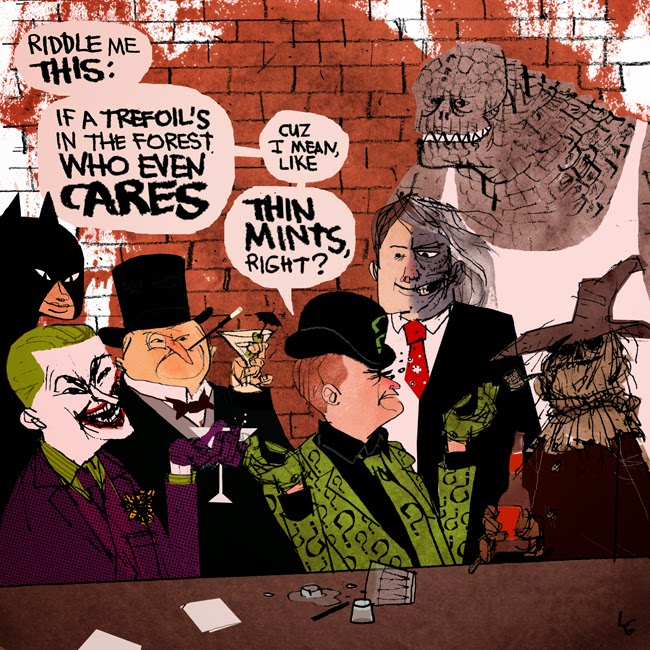