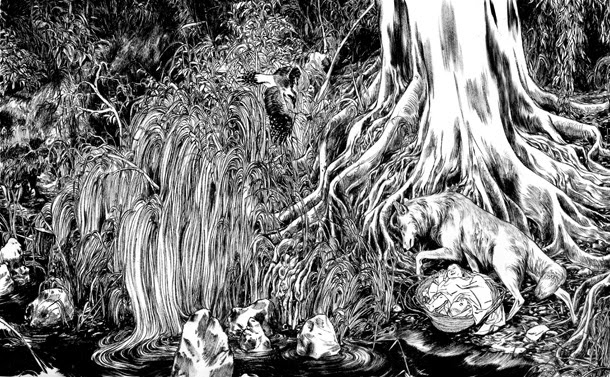 The East London Comics and Arts Festival (ELCAF) have announced Canadian cartoonist and illustrator Jillian Tamaki as their artist in residence. Now in its fourth year, the festival has expanded to a two-day event for its 2015 programme, and will take place on the 20-21st of June. Tamaki will be producing the festival poster in addition to being in attendance with her newest book SuperMutant Magic Academy, the multi-award winning This One Summer, and more. While Tamaki is a highly regarded, successful artist with four Eisner award nominations for 2008's Skim, co-authored by Mariko Tamaki, and listed as one of the New York Times' Best Illustrated Books of 2008, she has hit a particularly rich career streak of late. Her second collaborative work with cousin Mariko Tamaki, the bestselling This One Summer (published last year), won the prestigious Governor General's Literary Award, and also became the first graphic novel to receive a Caldecott Honor. Meanwhile Tamaki's illustration work continues to go from strength to strength, she contributes to the New York Times regularly, and recently completed a stunning wraparound cover for a new Penguin edition of Les Miserables, amongst various other book covers. This is a really great get for ELCAF; Tamaki is a superb fit for the festival, a high quality, very contemporary artist, and I imagine there's going to be large portion of people excited to attend due to her presence.
Posted by Zainab at 14:00