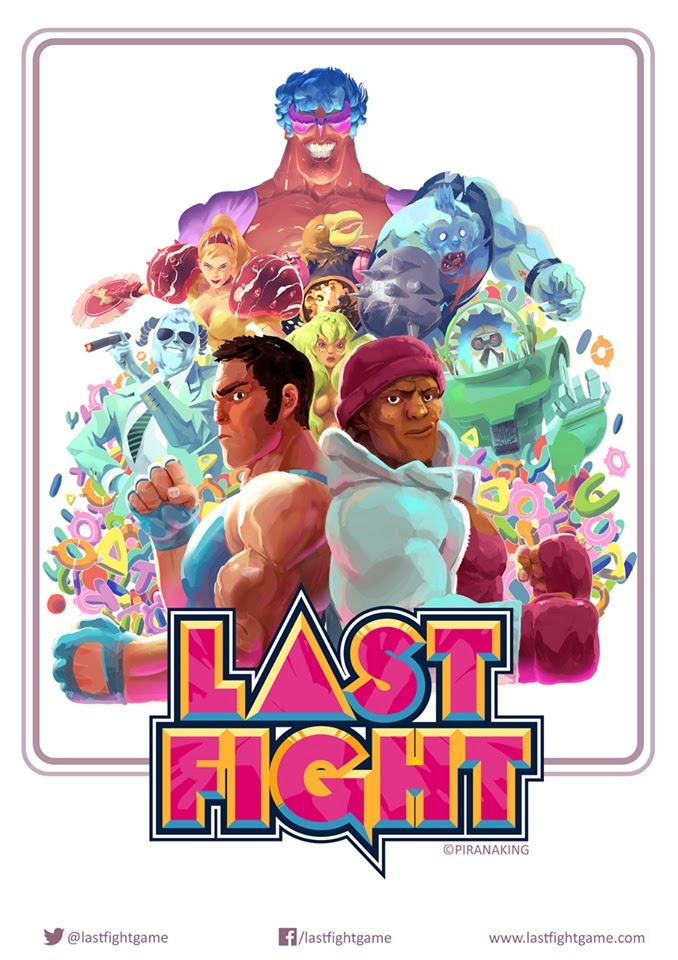 While we're on the subject of the Last Man, you may recall that back in April last year in my profile of Bastien Vives, I briefly discussed his, Michael Balak and Michael Sanlaville's intention for the comic to be an interactive, multi-media experience, with associated animations and video-games. Well, the latter goal is now closer to reality, as the trio have released a teaser trailer for Last Fight, a 3D indie arcade fighting video-game created for PC and consoles, and releasing soon. Influenced by games such as Capcom's Power Stone and Smash Bros, Last Fight will feature a roster of 10 characters from the comic, with up to four able to fight at any one time. Despite not being even faintly a gamer of any kind, I really like the look of it, especially how the art style mirrors the comics so closely, and it looks pretty accessible too, which makes me want to give it a whirl once it's out. There's a Facebook page for the game here, where you can view some in progress backgrounds and news, and is probably the place to keep an eye on for a release date.