Lorenzo Ghetti's 'To Be Continued' attempts to reapproach the webcomic 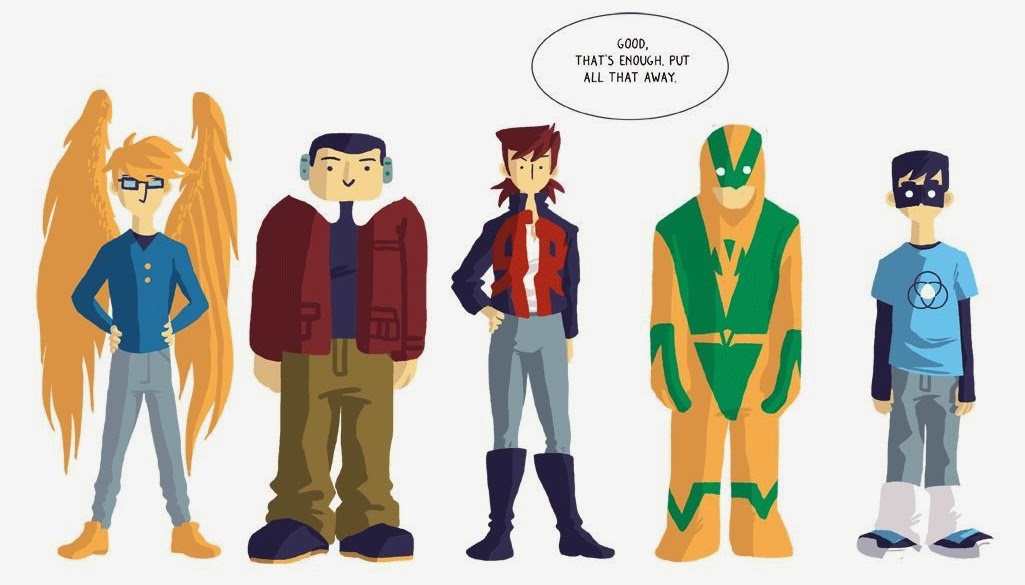 I'm often conscious of the manner in which I can describe comics with regards to enthusiasm: most of the things I write about I find interesting in some capacity, or I'm engaged with on some level, therefore one of the things I'm trying to move away from is hyperbole- like this comic is the greatest, the worst, the last word and so forth, in a losing effort to not descend into boring cliche for those words to regain their actual meaning. It can be difficult to do; those descriptors have become shorthand really; most people would agree when that when you say something's great, you don't actually mean that: you mean it's very good- give or take an extra very.


Preamble over, Lorenzo Ghetti's To Be Continued is a comic I find interesting -more so or with what it tries to do with the webcomic platform than the actual content- although that's not poor by any means. Ghetti is an Italian cartoonist, involved in Bianca Bagnaerlli's Delebile imprint- I remember reviewing Myriad, a sci-fi effort he produced in collaboration with Ugo Schiesaro, early last year. The story of To Be Continued comes encased in superficially familiar clothing: in a world in which each country has its own superheroes, their position rather like famous musicians plus additional disaster/crime prevention, kids with powers enroll at a special school designed to hone their talents. Ostensibly, the narrative focuses more on these young adults growing up, forming relationships, and generally learning to deal with their hopes and doubts and frustrations. The comic updates every Wednesday, and readers can select from a few languages, including English, thanks to a translation courtesy of  Mauro Nanfitò.

Ghetti's obviously put a lot of thought into how to manipulate the web form and present the comic in a more dynamic, fresh way instead of the traditional read the page, read the next page linear fashion, bringing on board Carlo Trimarchi, who's designed and constructed the site. It's very interactive, leaning towards motion comic space- there's some animated facets, incorporated videos, speech bubbles pop up as you scroll, giving the appearance of immediacy. Clicking on next arrows doesn't merely take you to the next page, but the next section, moving within the same room or area, zooming in and bringing forward images or back, in from the left or right. For example, one panel will focus on the character talking in the foreground, and clicking on the next arrow will zoom in, moving past that panel to bring the background and what's going on there into focus. This is put to nice use when George is going through the oral exam for entry into the school of powers, facing and addressing the reader as if we're the judging board, with Ghetti switching between him answering the questions and producing demonstrations of his powers to the kids in the background bickering and bitching about him.

Ghetti uses the infinite space of the scrolling screen to move his characters around, requiring the reader to navigate left and right, up and down all whilst on the same 'page.' A page starts in the top left with panels of characters talking at eye levels and then switches perspectives to an aerial, bird's eye view as they walk out of the room and down the  corridor to lunch, all the while following their conversation, before dropping back down. He doesn't use  a great deal of panels or borders which makes it less anchored to specific time and place, and offers varying angles - one scene sees events unfurl as the characters watch a live TV news report, seated with their back to the reader, so bits of the TV are visible: people walk in and out of frame, reacting to what's happening. It's not 100% niggle free or intuitive, but it's worth spending some time playing around with, and  I like the attempt at something different, especially as I'm of the thinking that the web-comic format should be explored further to see what (accessibility aside) it can provide as an experience and medium that print can't. Boulet, Emily Carroll, Jen Lee and Zac Gorman are the only artists who come to mind in experimenting with interactivity, and all their work is excellent. It'll be interesting to see if and how the platform progresses and develops.

You can start reading To Be Continued here. 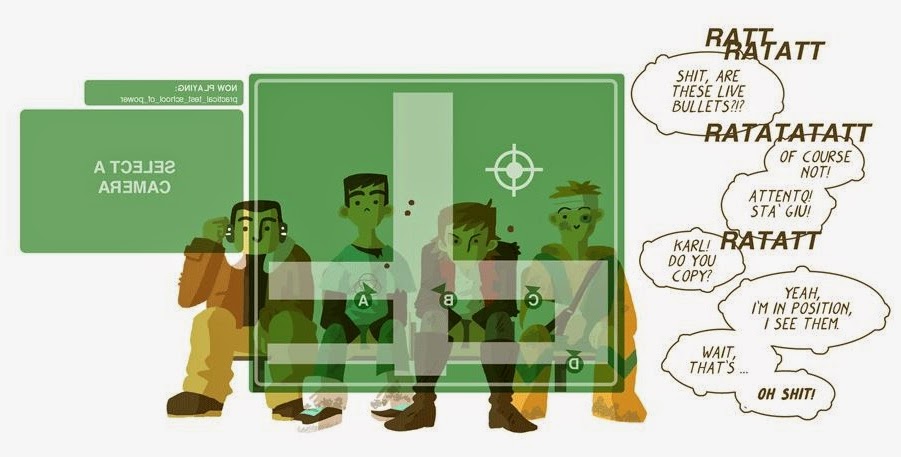 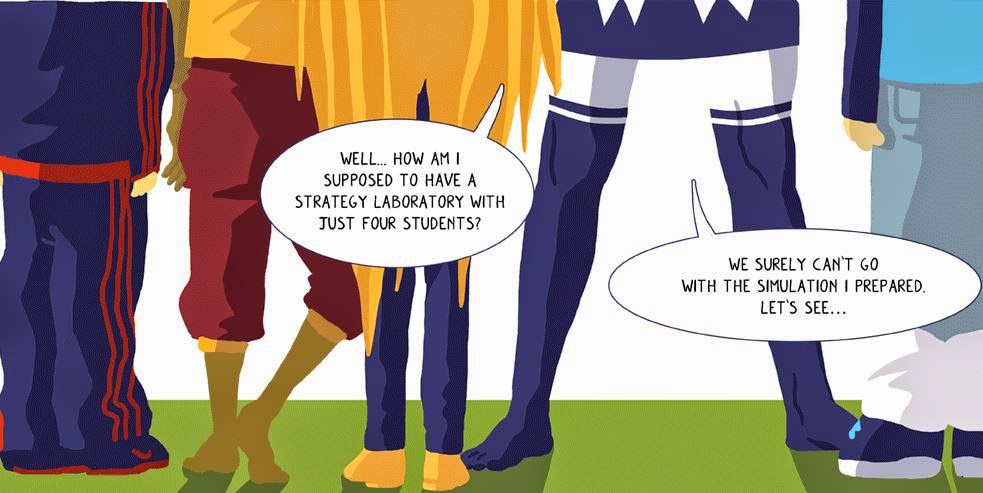 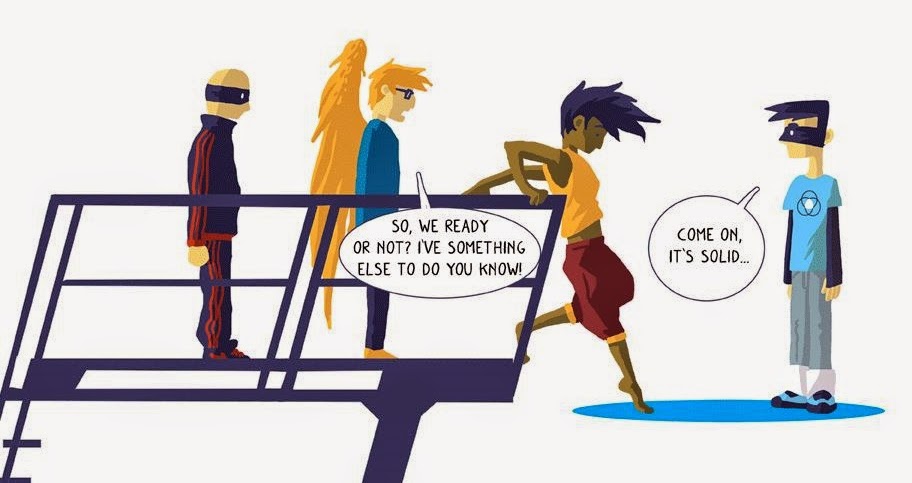