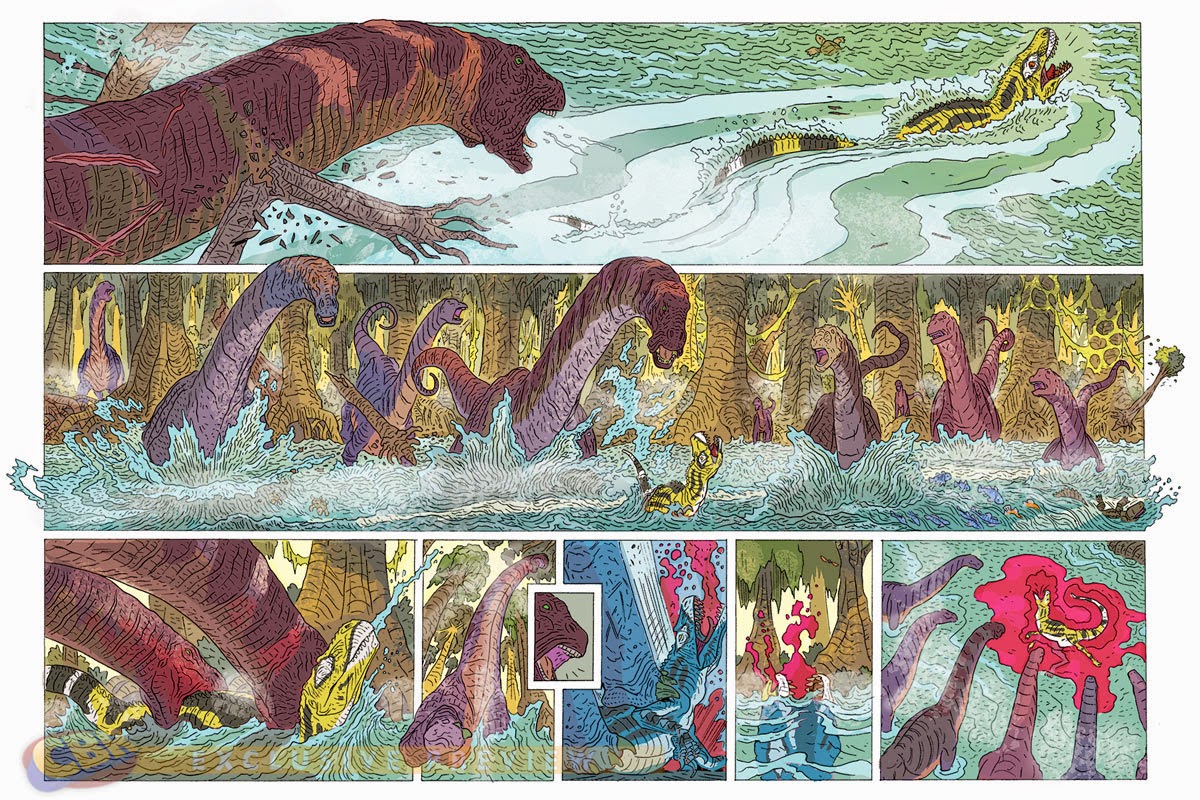 My love for all things dinosaur is well established, but a mere glance at these pages from Ricardo Delgado (provided exclusively to CBR) will allow you to determine that the beauty and artistry of his work transcends subject matter. Delgado began producing his glorious, silent Age of Reptiles series with Dark Horse in 2009, winding back the years to follow various beasts before the existence of man: tracking seasons, migration journeys, families, survival, and more. The series proved popular, winning him an Eisner award, and Delgado went on to expand it, creating further stories: Age of Reptiles, Age of Reptiles: Tribal Warfare, Age of Reptiles: The Hunt, and Age of Reptiles: The Journey, all of which were later collected into one omnibus volume in 2011. There have been a couple of hints that Delgado may return with new Age of Reptiles comics: he contributed a couple of short stories to the Dark Horse Presents anthology, and Dark Horse officially announced details of a new mini-series yesterday.

The four part mini-series Age of Reptiles: Ancient Egyptians, moves to Africa, and old spinosauraus (the big one with the snout and sail) will be making an appearance: 'The steaming swamps of Cretaceous Africa teem with prehistoric life and primordial danger in a tale filled with villains, victims, and one of the most dangerous and unpredictable protagonists ever created: the lonely anti-hero Spinosaurus Aegypticus!' Issue #1 will be 32 pages in length and goes on sale the 3rd of June. Delgado wrote an interesting piece for CBR to accompany the announcement, where he talks about his creative inspiration, film -namely westerns- and issues of representation; he's Costa Rican- nothing about dinosaurs, or the comic really, but well worth a read. Really excited to see this back; the pages here look fantastic. 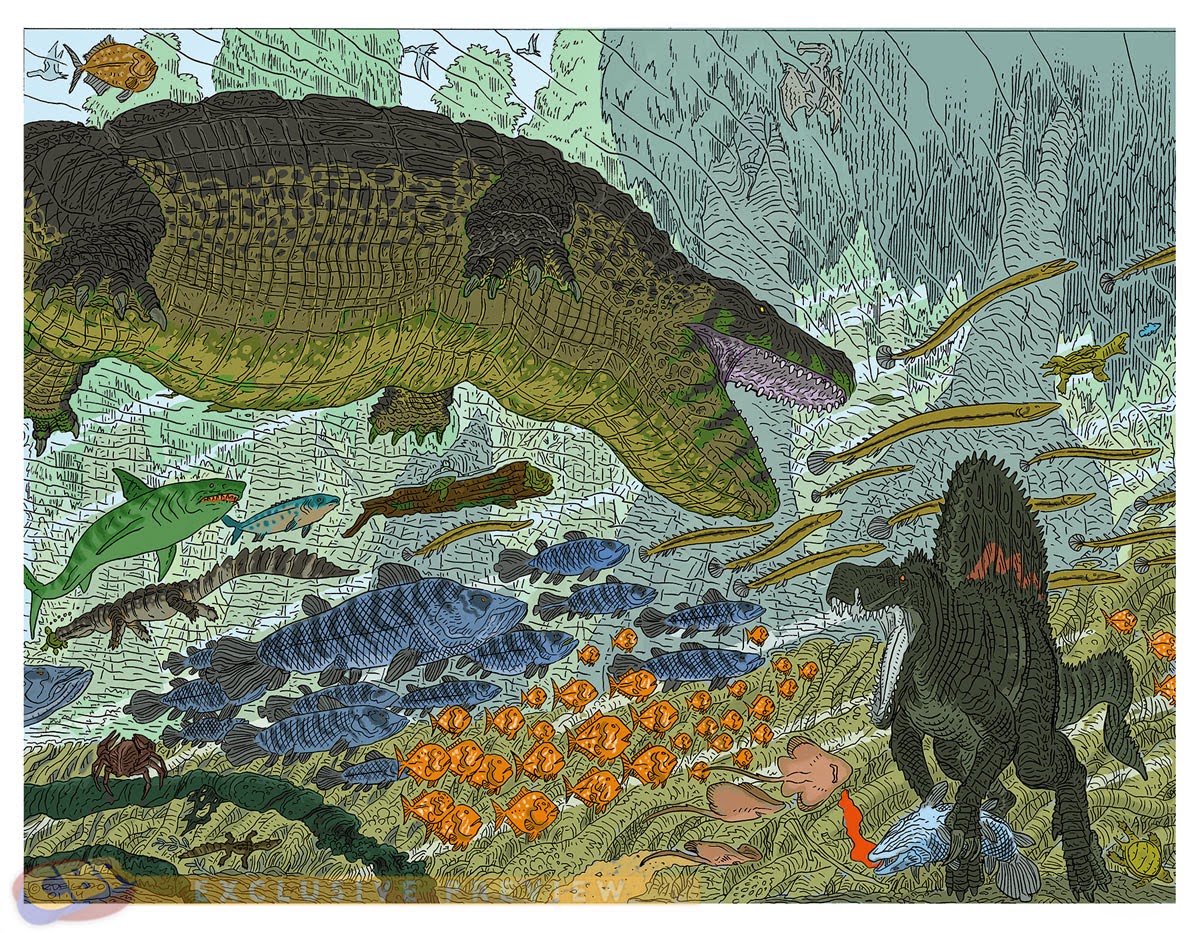