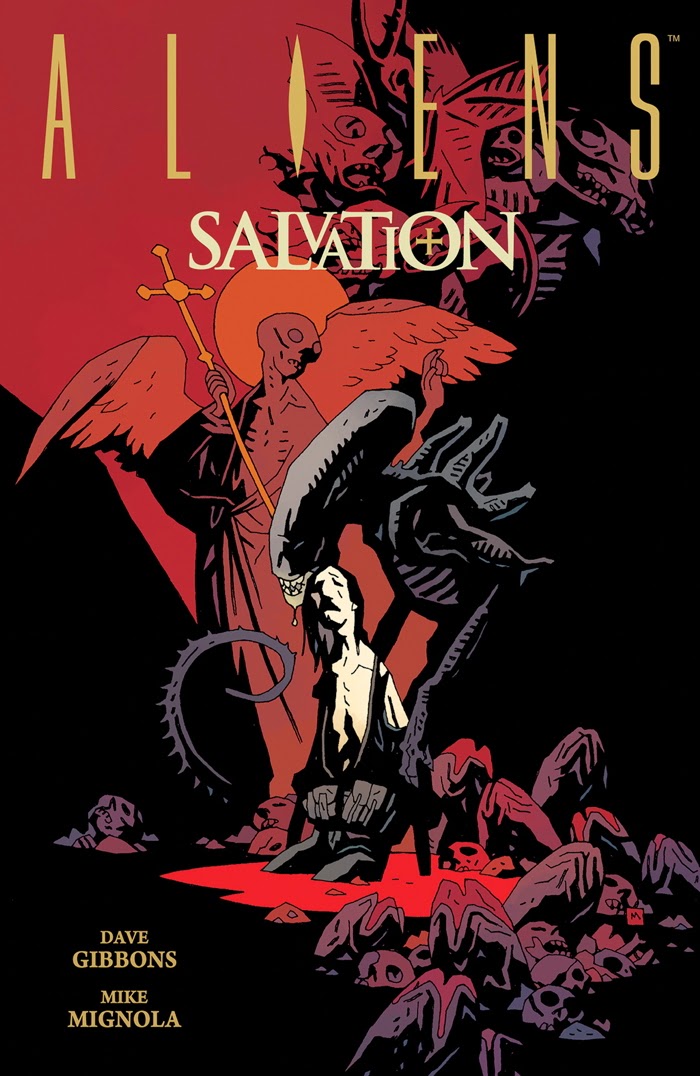 Ending Friday on a strong note involving both beautiful art and good news is something I can get on board with, thanks to Dark Horse. the publisher are re-releasing Aliens: Salvation this September, a Dave Gibbons-penned, Mike Mignola-illustrated story originally published in 1993. Oliver lent me his copy last year (because he has a copy of every rare, good, covetable comic- it's written in stone somewhere), an edition which collected together Salvation with Peter Milligan's and Paul Johnson's Sacrifice, for no other discernible reason other than that the titles are thematically affiliated, and I have to admit that that was the story which actually stuck with me. Still, what I do remember vividly is Mignola's and inker Kevin Nolan's art: the depiction of the xenomorphs as slick, swift terrors, this unnatural yet natural force once again given menacingly strange presence, a facet that I feel is gradually distilled from movie to movie and lost completely in a lot of Alien comics. That mythic, demi-god beast status is reinforced in the manner Gibbon's religious protagonist reacts and interacts with the aliens. It's a short story, so I'm not going to talk about it further to preserve for those who haven't read it, but instead quote the brief blurb provided by Dark Horse: 'Selkirk, a God-fearing crewman aboard the space freighter Nova Maru, is forced at gunpoint to abandon ship with his captain. They crash-land on a small planet, but it is soon apparent that they have not entirely escaped the Nova Maru's dreadful cargo.'

Salvation has been out-of-print for over a decade, I believe, and while there's an idea amongst some people of licensed properties as cash-ins or phoned in works, there's some really excellent work done in the area, and this small, contained story is one of those gems. I'm certainly not going to pass by the opportunity to own a comic which has Mike Mignola illustrating one of my favourite mythologies, and I imagine there'll be many people of similar frame of mind: whether they're Mignola fans, or Alien fans, or coming across the story for the first time. It looks like that's (above) a new cover  (or newly composed from older elements) for the this hardback 5/8″ x 10 3/16″ edition, too, which will run to 56 pages and release on September 2nd. Really the only two words you need to know are Mike Mignola and Aliens- that should work. 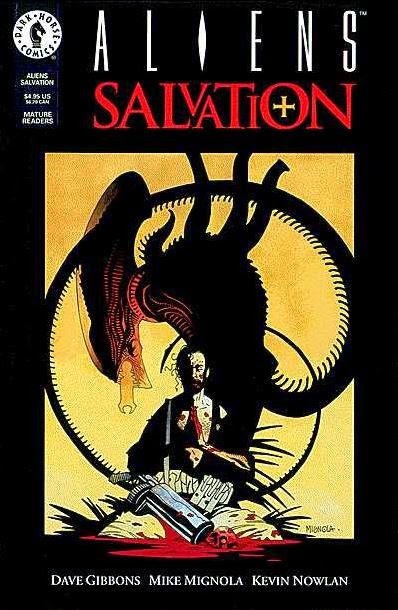 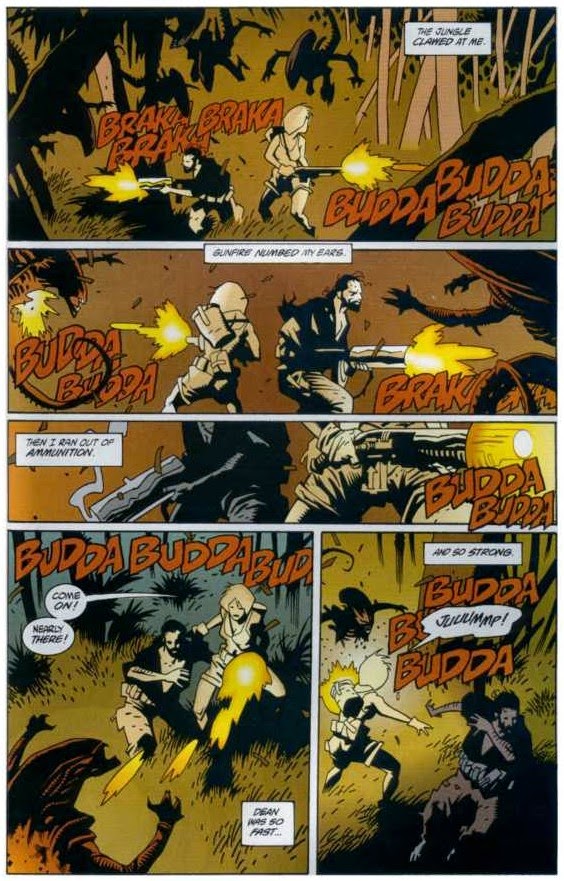