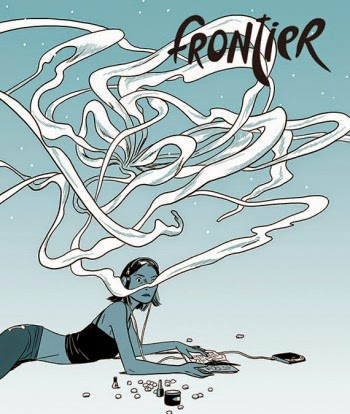 Probably the most singular achievement of SexCoven is how it so completely encapsulates a particular time, and, for want of a better word, movement, and feeling: a zeitgeist. It feels very of it's time, in the way The X-Files is synonymous with the 90's- in it's look and feel and conversation. With technology and the internet beginning to experience rapid growth and coming into undeniable force, Tamaki's tale of SexCoven, an odd, early-internet music/sound file that gets shared and downloaded, developing cult status amongst younger people/groups who are more open to its mystique and possibilities, mirrors the inherent trajectory of suspicion surrounding tech-based (and art) connectivity.

As with the wistful, hazy balminess of This One Summer, Tamaki's style is an integral factor in conjuring a specific vibe and essence; there's something about her lines that's very evocative- fine cursives that lend body and character, almost brush-like, and that sort of emotional emphasis is further compounded here in her use of panelling and layouts. A number of the pages act as larger, double-spread, wallpaper backgrounds, into which inset panels are laid out across: a parallel reflection of the windows, screens, pop-ups, of computers and devices. The backgrounds have grass, clouds, sand, trees, water- elemental forces juxtaposed against diagramic numbers and theorems, closed boxes, as people try to breakdown SexCoven's allure, while the gradiented green/blue tones sit somewhere between cool and warm.

The story of SexCoven is interesting in multiple ways, whether its speaking to ideas of art, community, authorship, ownership, sci-fi, generational differences and understandings, or all. The concept of only being able to tap into SexCoven's qualities and effect so long as you fall within a specific age bracket, at a certain time in your life. It's central theme is one of engagement and interaction: what begins as an unauthored file with double digit shares takes on a whole life of it's own: walking groups, small businesses, further creative enterprises, friendships, due to how people respond and interpret it. The removal of the author, the mystery of the file's origins, removes any intent, or any discussion over the point of creation. Once made, the audience are the ones who make SexCoven what it is, or what they'd like or need it to be, and therefore the value it has, any importance it attains, is almost always provided by others: while you have commonalities, the interaction is a response and dependent on the individual. So as much as SexCoven speaks to notions of people connecting to something -be it art or else- and believing in it, creating spaces of shared interest and belonging both fruitful and weird and interesting and loopy and harmful, there's no need to fear things you don't understand. Sometimes something isn't for you, and that's fine- that shouldn't prompt disparagement of other's pleasure and appreciation. That Tamaki manages to present all this on both a wider, encompassing view and a personal level through characters is a testament of her undeniable ability.

One of the most amusing and knowing aspects of SexCoven is its journey on the cultural highway of consumption: from niche track to wider distribution and appropriation, wordy critical reviews, t-shirts and bracelets, to confused mainstream panic on the effect it's having on the 'children,' ending with some journalist writing up an earnest retrospective op-ed on a now all but dead cult phenomenon. How it will be remembered is as another very, very good work from Tamaki in a period in which she's ensured the mention of her name as a signifier of excellence in comics. 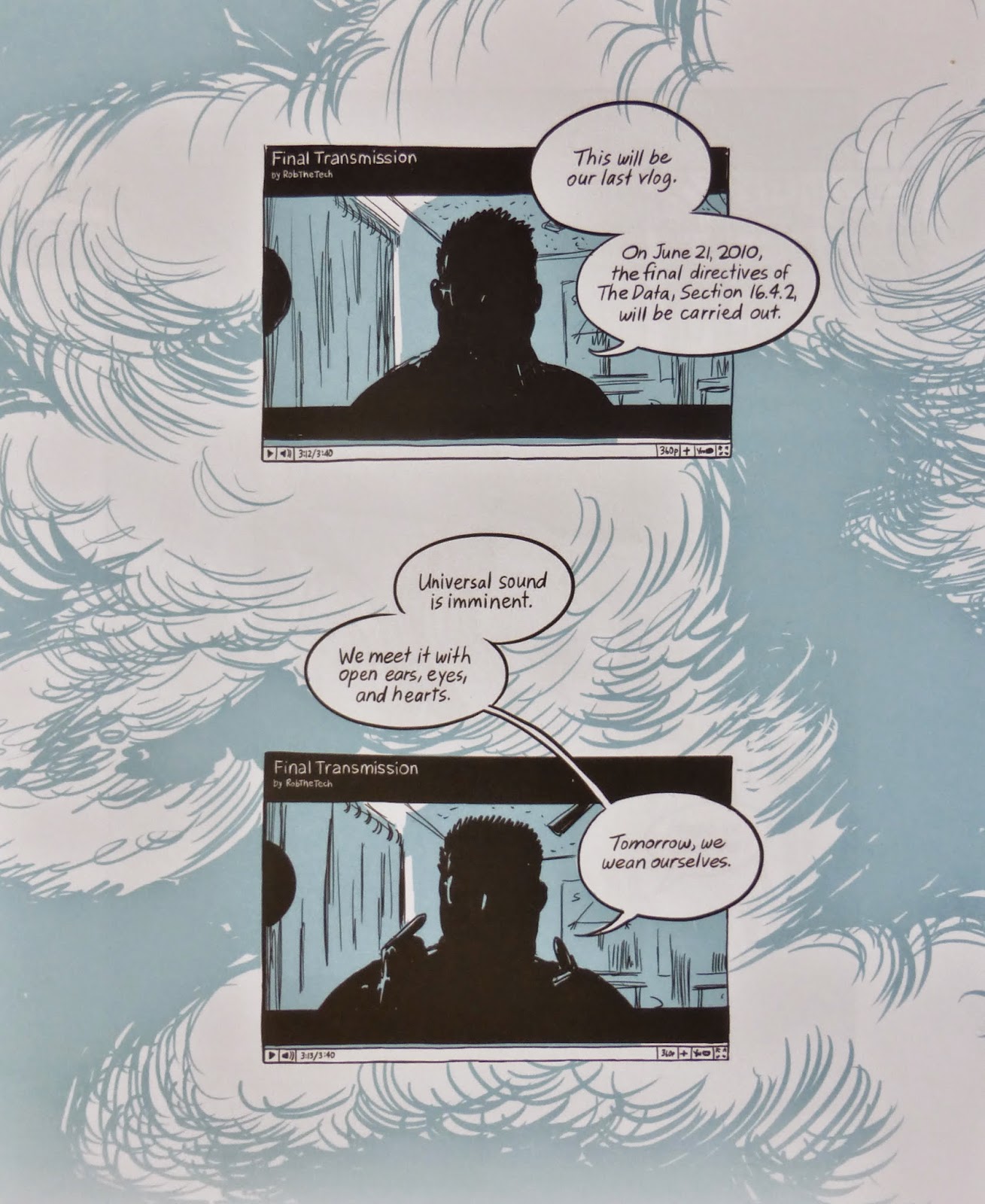 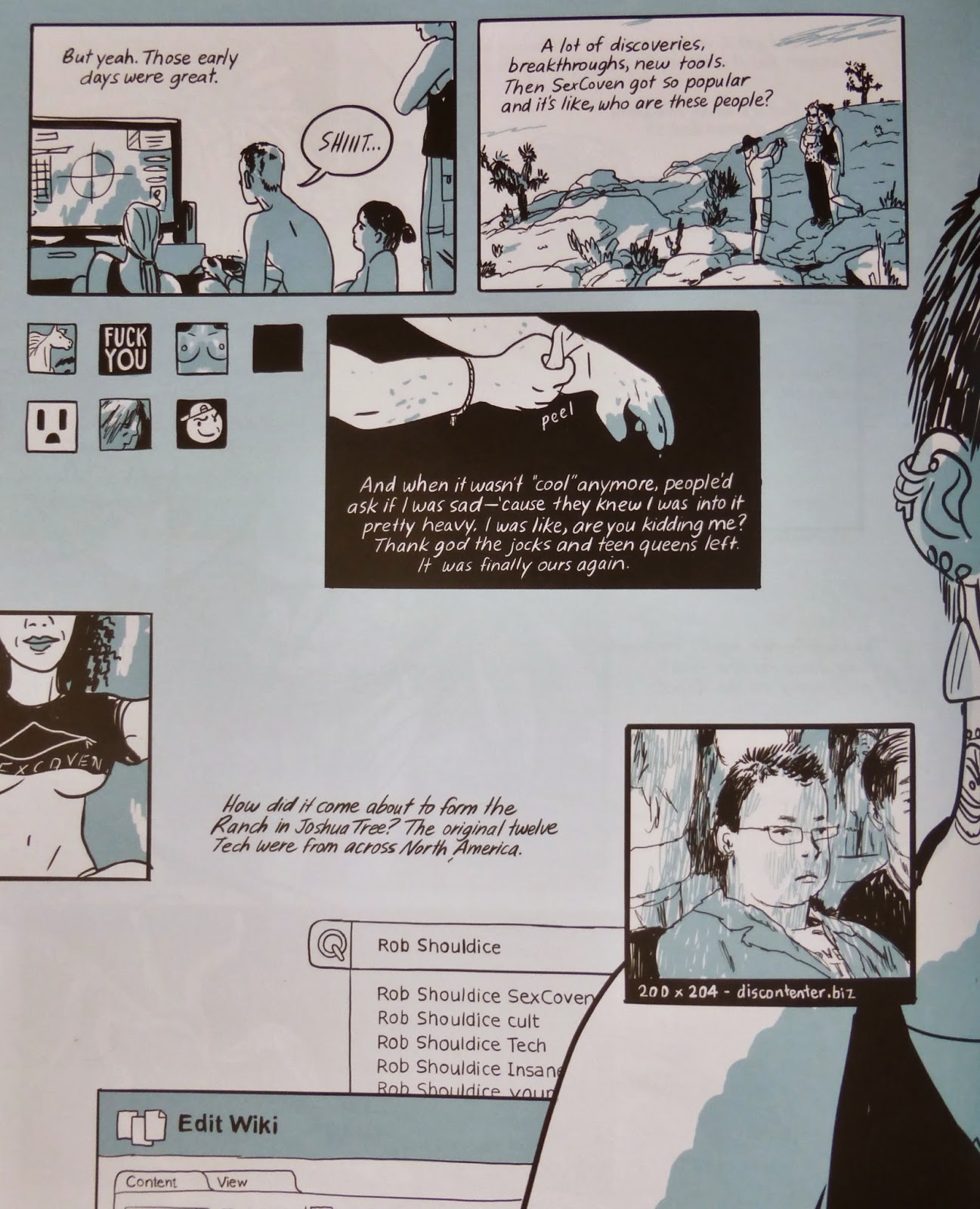