With pound in hand: April comic and graphic novel releases

Here we go: picking out the cream of this month's releases, in graphic novels, collected editions and anything else notable: 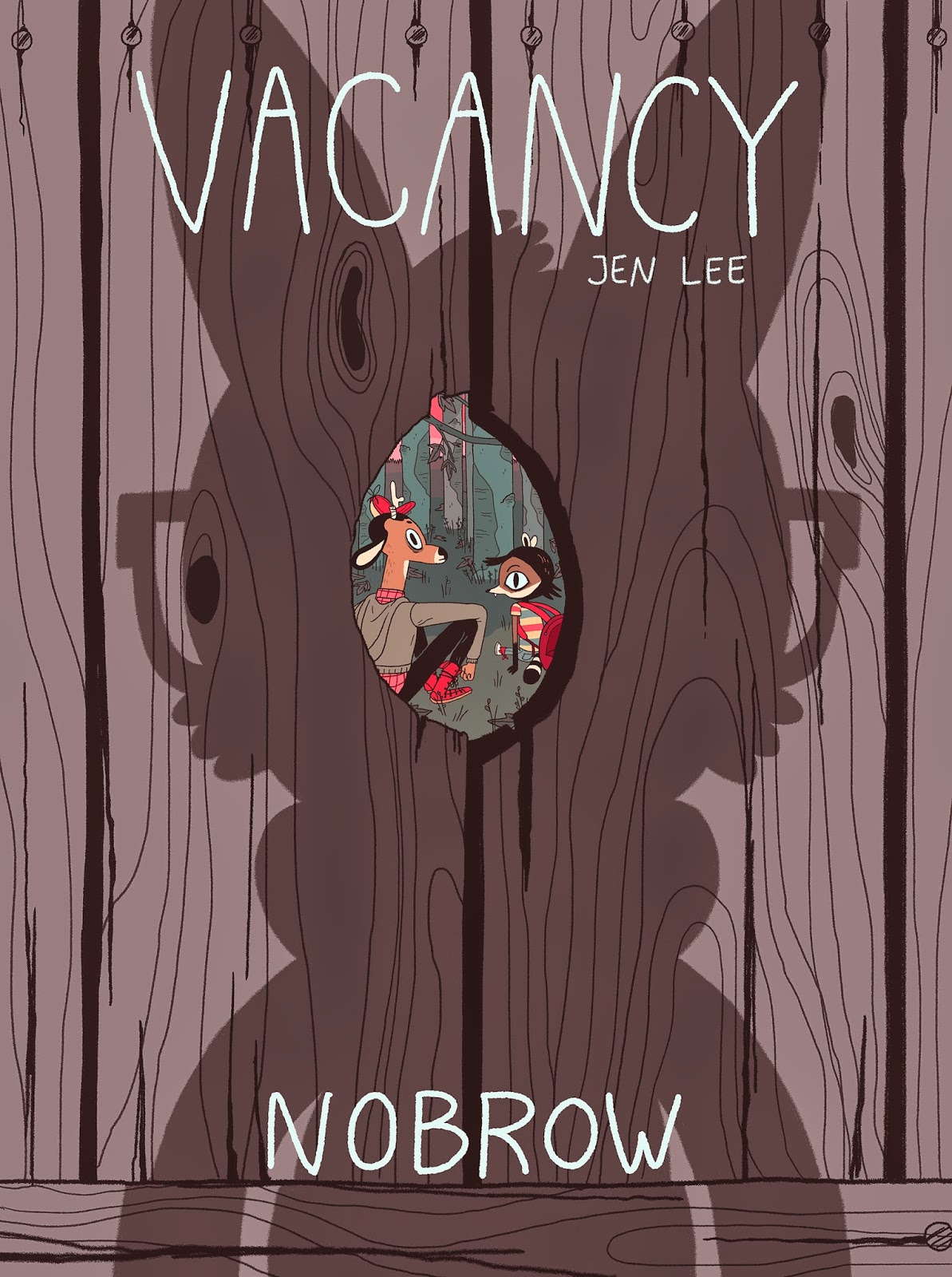 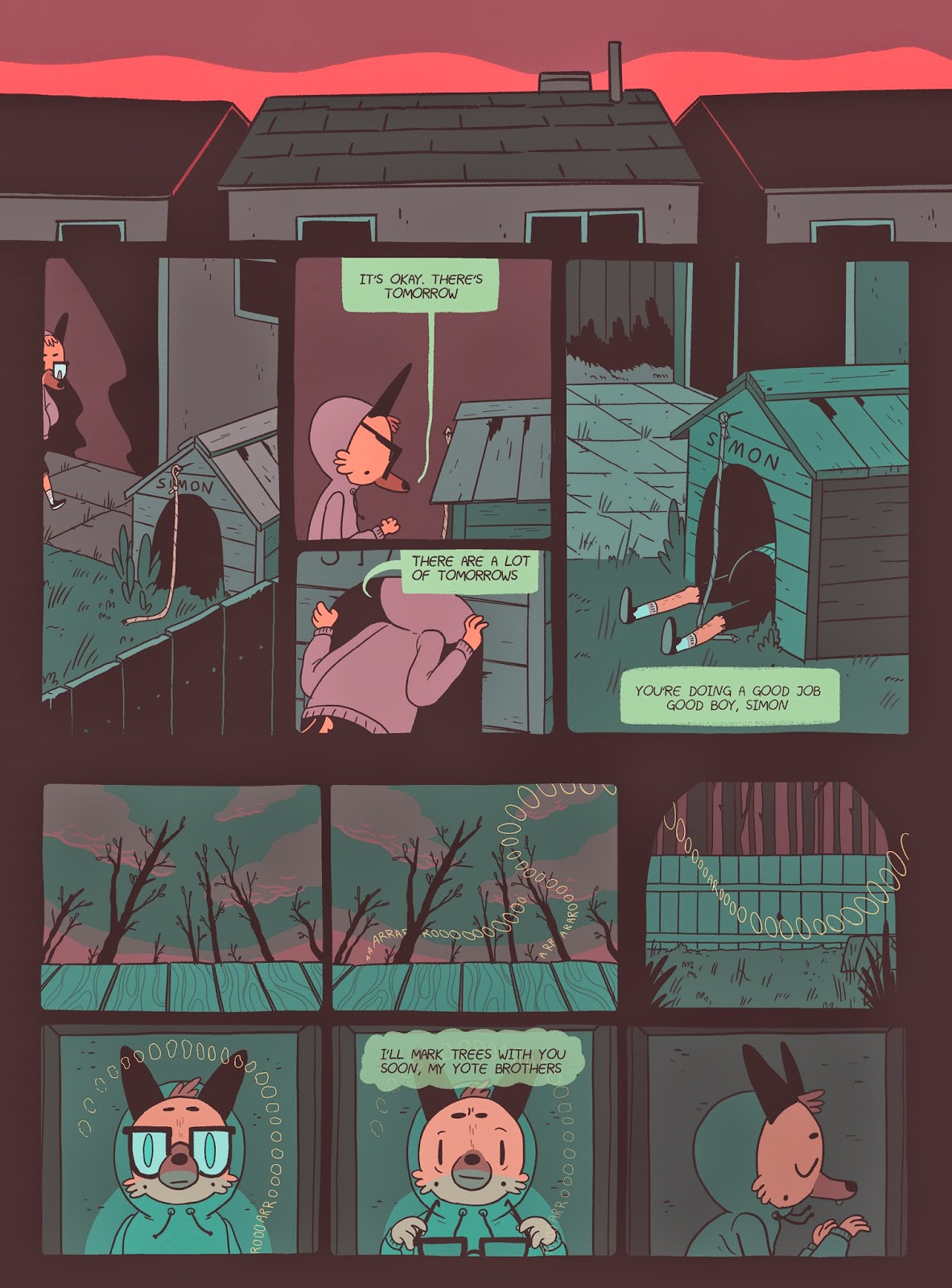 PICK OF THE MONTH: Vacancy by Jen Lee, Nobrow: I previewed this over at The AV Club, where I also briefly talked to Jen Lee about it. Set in the same universe as her Thunderpaw comic, Vacancy features the same post-apocalyptic world, suddenly devoid of all humans, leaving previously tames animals to fend for themselves. Simon is one such dog, building up the nerve to leave his backyard, and venturing into the woods beyond with his new-found acquaintances: a raccoon and a deer. But Simon realizes he is not quite ready to live in the wild. And in the abandoned areas of the town strange things begin to happen.... Lee manages to pack quite a lot in for a shorter narrative and her art and colours are stylish and vibrant. Vacancy explores the ways that animals think; how they internalize their changing environment and express their thoughts, fears, or excitement. 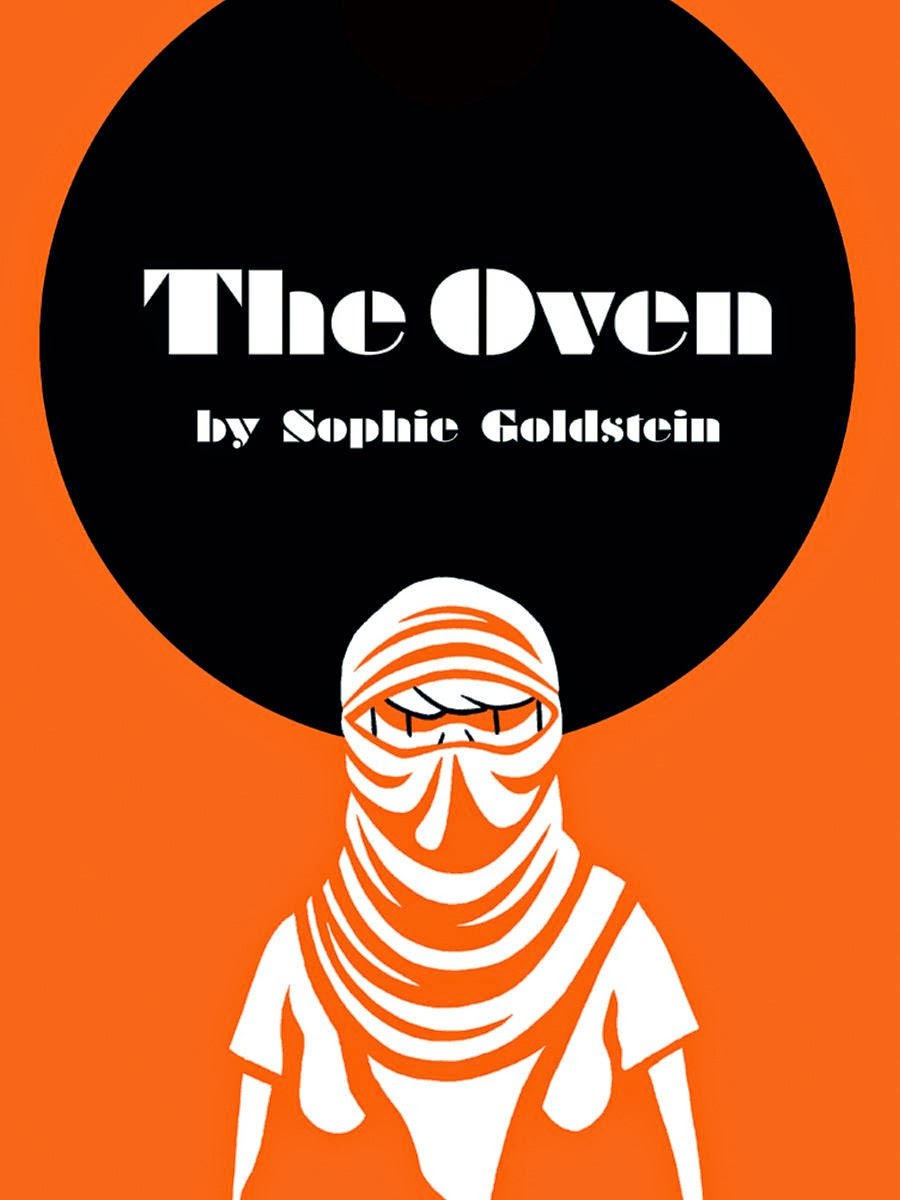 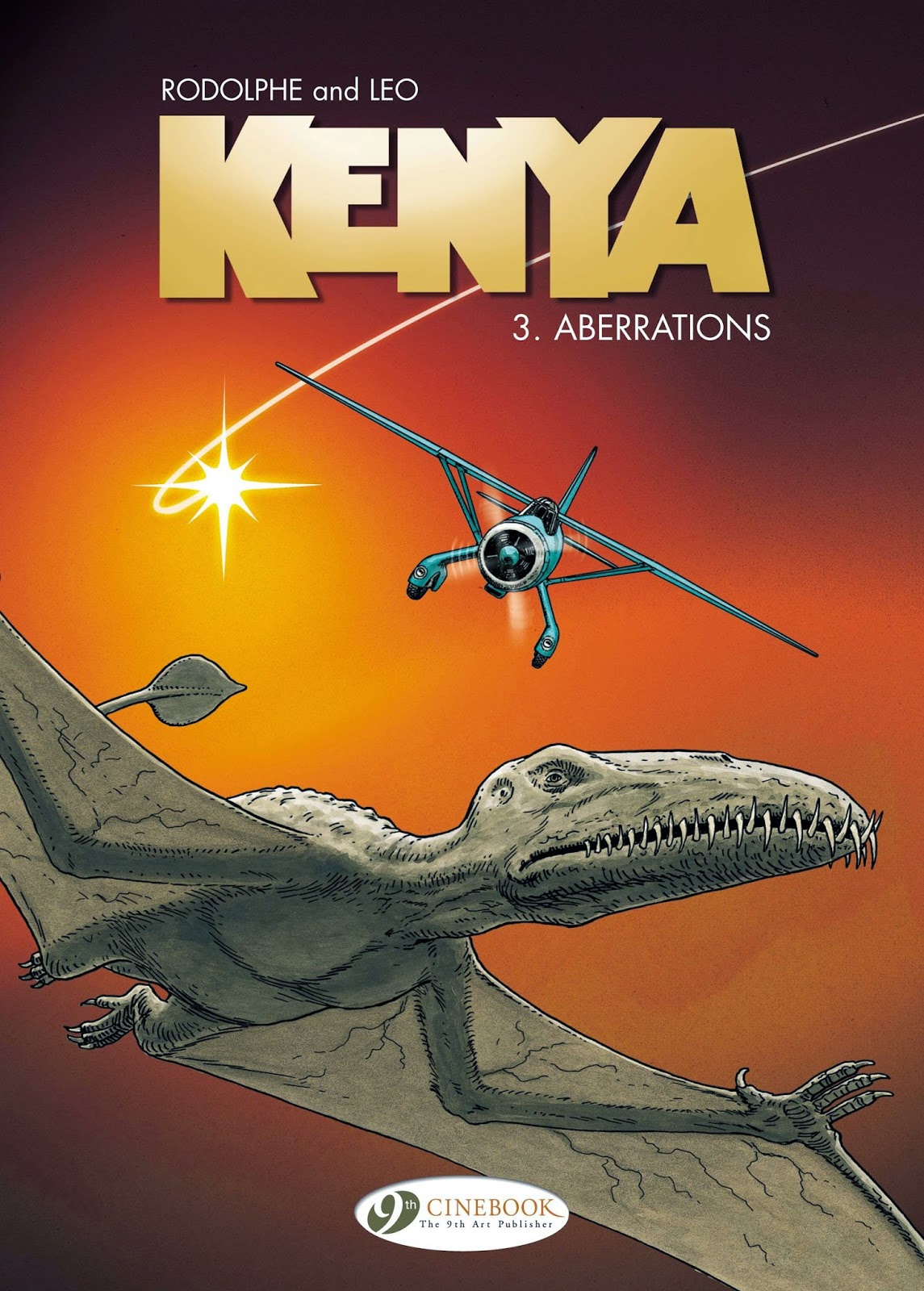 The Oven by Sophie Goldstein, AdHouse Books: Another book to tick off my most-anticipated of the year list. Sophie Goldstien's longest comic to date, and first major published work is a sci-fi tale in which ozone depletion and dwindling resources have driven the human race into domed cities where population controls are strictly enforced. In that environment, a young couple go looking for a rumoured anti-government paradise in the desert, and find more than they bargained for. I've enjoyed and been impressed by everything Goldstein's produced so far- if you've not heard of her before, or are simply looking for a new comic to pick up, I'd say this is a very good bet. You can view a 12-page preview here.

Kenya vol 3: Aberrations by Leo and Rodolphe, Cinebook: Leo and Rodolphe's Kenya has run nicely as it's continued, mashing together a string of genres and scenarios: inter-continental spy thriller, alien invasions, safari adventure -plus strange dinosaur beasts, and somehow managing to make it all work. This third volume sees Kathy Austin returns to Kenya to continue her investigation, after reporting to intelligence agencies in London. In the palace of Count Di Broglie, she finally meets the last survivors of the Remington expedition, but they lack material proof to support their stories. Kathy is ordered to obtain information on Irmanius, a rather inquisitive individual who’s been snooping around the country, but is unsure of his motives and who he works for. A very entertaining series. 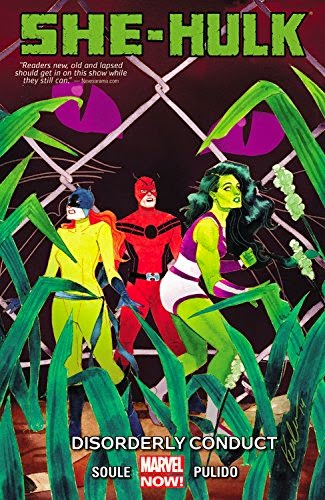 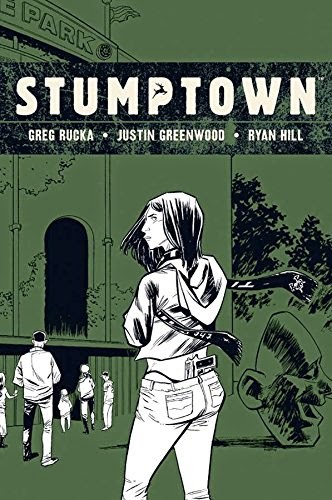 She Hulk 2: Disorderly Conduct by Javier Pullido and Charles Soule, Marvel: I can't stress enough how fun and engaging this comic is- and that's speaking as someone with a very superficial familiarity with Marvel characters and universe. This run was my introduction to She Hulk, and I believe this second trade collection gathers the concluding half of Pullido's and Soule's storyline, namely the blue file case. It's a joy to look at, too, thanks to Pullido's vivacious art, and together the two volumes include stories that incorporate Daredevil, Hellcat, Captain America, and Dr Doom. This will probably be one of those runs that ends up gaining cult status, with the trades going out of print, so if you didn't get catch it in issues, now's your chance.

Stumptown vol 3 by Greg Rucka, Justin Greenwood, and Ryan Hill, Oni Press: The third Stumptown collection saw artist Matthew Southworth leave the book, with Justin Greenwood taking over. From what I've read, thee switch alters the tone of the series considerably (which I'm guessing is why we can see Dex's thong on that cover- and I don't point that out in a prudish way, but I do think it's detracting from Dex's character as it's been presented thus far, and don't think Southworth would have made the same choice), but I like Rucka's PI, and am curious to read this newest installment.  'When one of investigator Dex Parios's dearest friends is brutalized following a Portland Timbers match, Dex is determined to get to the bottom of the attack no matter who stands in her way.' 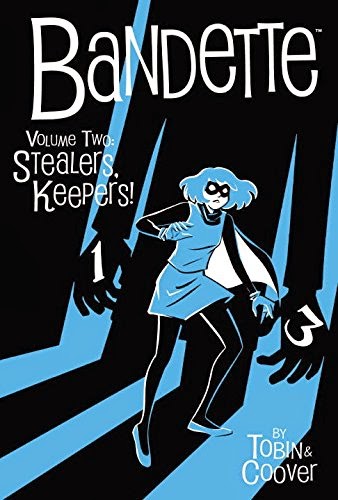 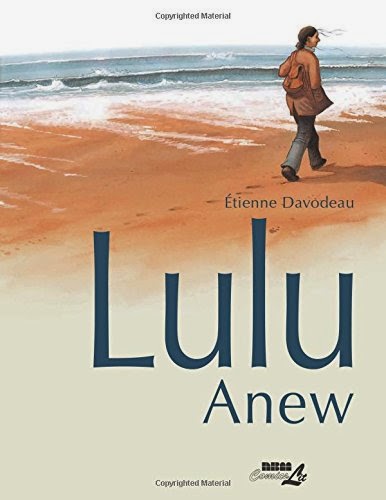 Bandette vol 2 Stealers, Keepers by Paul Tobin and Colleen Coover, Dark Horse: For anybody looking for a good, different comic for kids, Bandette fits the mould nicely, and often goes overlooked as it's a digital first release. It's about a French teenage master burglar who's also a bit of a Robin Hood figure, illustrated zestfully by Coover. In this second volume, Bandette's partaking in the 'Great Thieving Race', with her friendly rival Monsieur, as the two compete to steal the most priceless artefacts from the criminal organization Finis, turning over whatever they learn about its plans to the long-suffering Inspector B. D. Belgique. But Finis's response could make this Bandette's final crime spree...

Lulu Anew by Etienne Davodeau, NBM: Only the second of Etienne Davodeau's works to be given an English language release after 2013's The Initiates, Lulu Anew follows Lulu, who, at the end of yet another unproductive job interview, takes off for the shore just to get away from it all. Her husband and children are bewildered by her disappearance, but she has nothing against them: this is just her time, getting away from the grind and being taken for granted with no other plan than savouring it. Surprised at her own temerity, she meets other people on the edge of the world. This sounds like an interesting premise -depending on approach, and I believe we get to see Davodeau's artwork in full-colour, too.

Borb by Jason Little, Uncivilized Books: Jason Little's Borb strips are a brilliant work: at once funny, sad, affirming, and horrifying. The format of the strips is that of newspaper dailies, so they're each self-contained, but read together as a long-running narrative -one which has a definitive conclusion. Borb is a severely alcoholic homeless man; a downtrodden urban Candide whose misfortunes pile up at an alarming rate, with Little drawing on the tradition of the comic strip slapstick vagabond archetype to twist and tell his tale to depict the real horrors specific to present-day urban homelessness.