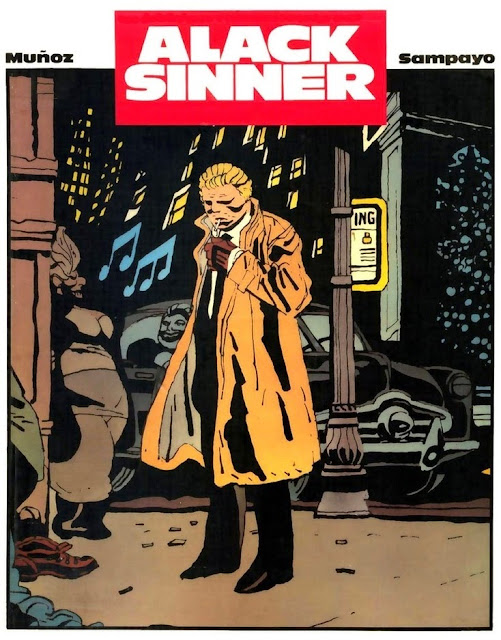 It looks like IDW's newly revived Euro Comics imprint means to continue in the quality fashion in which it opened: after announcing a complete translation of Hugo Pratt's Corto Maltese last year, the publisher's next project, Alack Sinner, is another black and white European classic. Written by Carlos Sampayo, and illustrated by José Muñoz, Alack Sinner details the adventures, trials and tribulations of its eponymous hero, an Argentinian-born New York gumshoe and former New York cop. Widely recognised as a noir masterpiece, Sinner is perhaps best noted for moving beyond its 'brooding, cynical detective solves mysteries' remit, and evolving into a complex and compelling character study. But above all else, it is defined by Muñoz's stylish, impressionistic artwork: a heavy chiaroscuro, with a tendency to exaggerate faces and figures to the point of grotesque (Sinner himself has an unexplained scarred face); the character of the world brought to literal life.

Within the realm of my narrow contexts, Muñoz's style is very reminiscent of Hugo Pratt's, which makes some sense as he studied at the Escuela Panamericana de Arte under Hugo Pratt and Alberto Breccia. I imagine depending on how well versed in comics you are, the symbiotic nature of styles and influences extends even further. Muñoz is also regularly credited as having a big impact on Frank Miller -in particular Sin City- and that's something that's easy to see, with Miller's work on that series being faster and looser in appearance. As interesting or irrelevant as those things can be considered, ultimately it looks and sounds like an exceptionally fantastic work, and one that will be introduced to a host of new readers previously unaware of its existence (like me!), which to me, is the best thing about translations and reprints. Accessibility and appreciation.

From what I can gather all the Sinner comics were collected into 7 volumes, with Fantagraphics/Catalan publishing 5 of a planned 12-issue English language run in 1987-1990. IDW will be amassing these into 2 definitive 300-page plus editions, releasing in 2016. 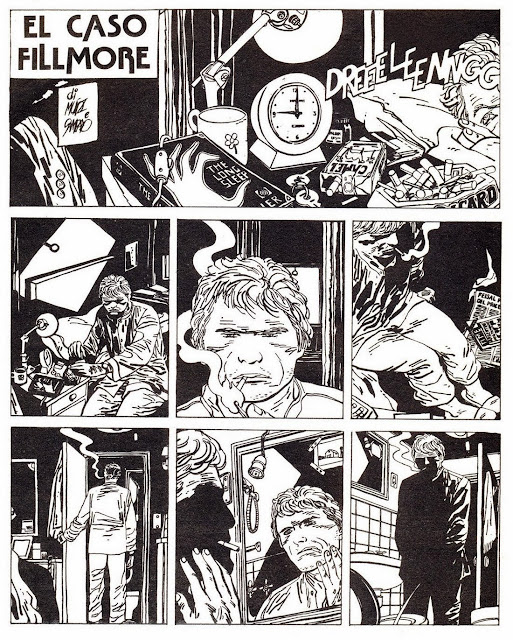