With pound in hand: May comic and graphic novel releases

Here we go; picking out the cream of this month's releases, in graphic novels, collected editions and anything else notable: 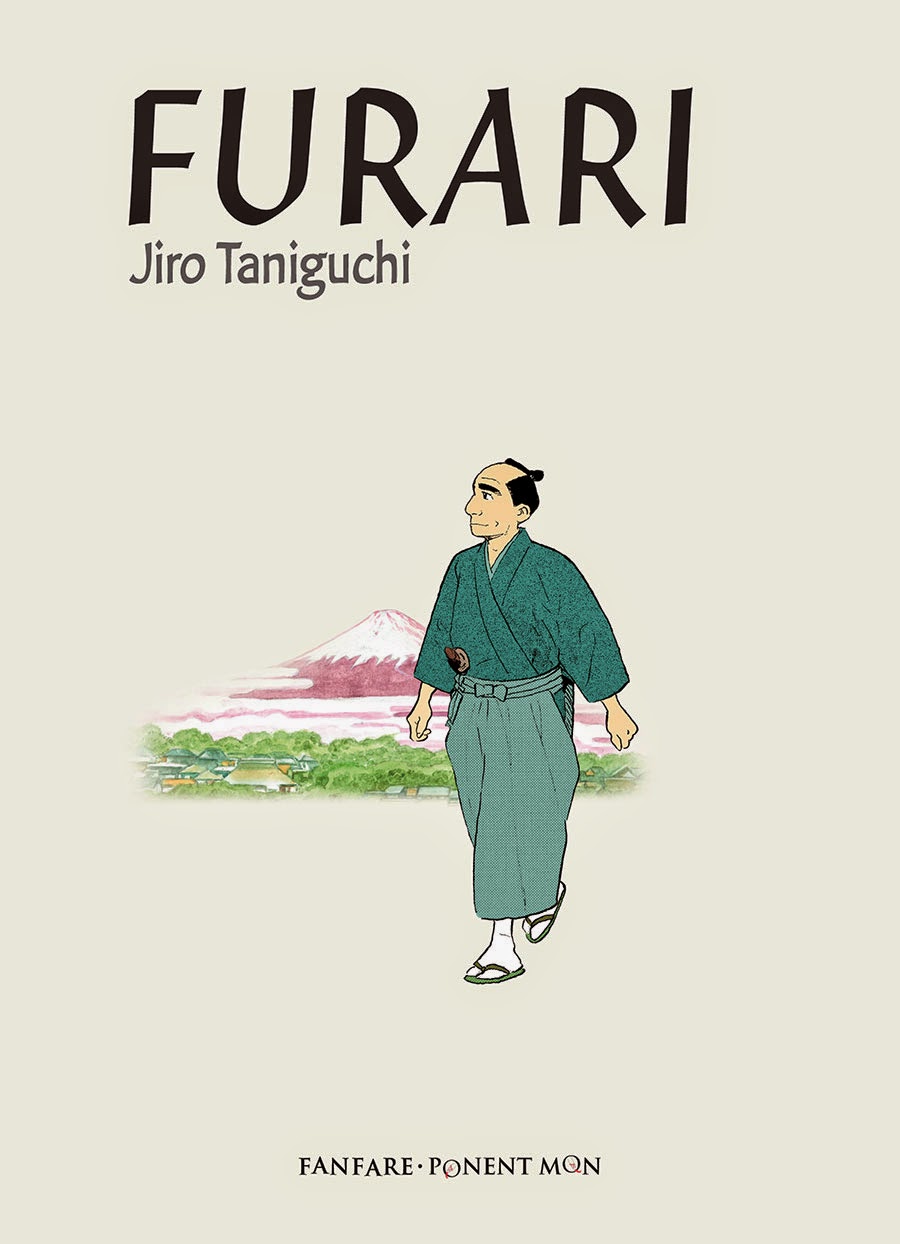 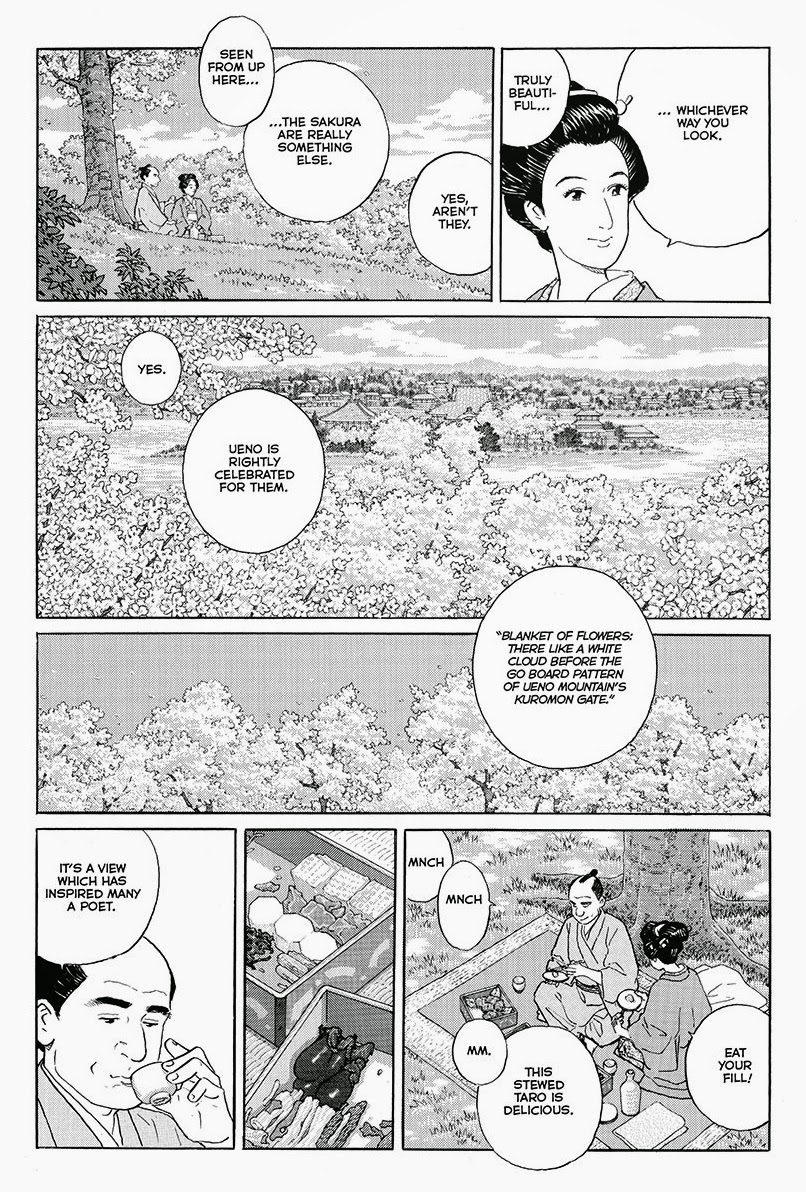 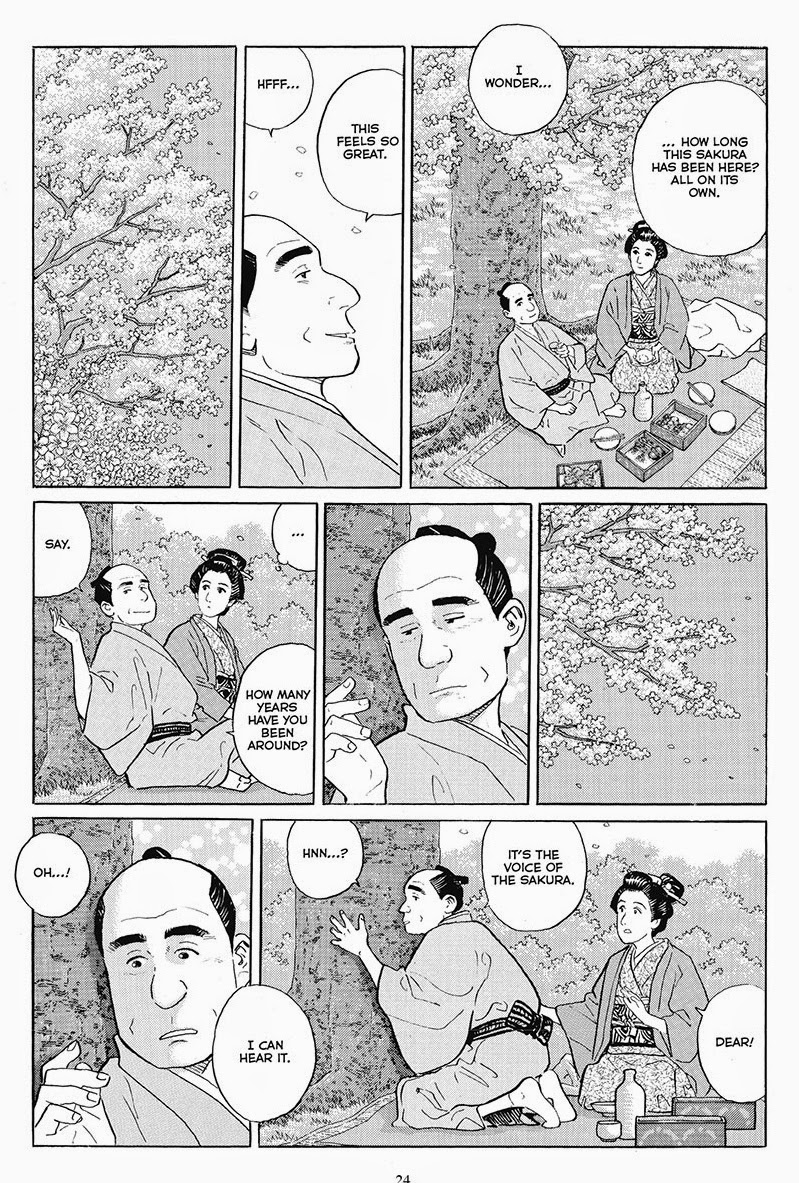 PICK OF THE MONTH: Furari by Jiro Taniguchi, Fanfare/Ponent Mon: This has been delayed for a while, as anyone perusing  book listing websites on a regular basis will know. But there's now a 4-page preview on publisher Fanfare/Ponent Mon's site, and a mid-May release seems imminent. I made the mistake of sitting on Taniguchi's Summit of the Gods series, to the point where the early volumes are now very hard to find at reasonable prices, so I'll be nabbing a copy of this as soon as it's out. In the vein of Taniguchi's Walking Man, Furari sees another protagonist take the reader on a journey as he strolls around from place to place in a Tokyo of days past. Inspired by a historical figure, Tadataka Ino (1745 – 1818), Taniguchi invites us to join this unnamed but appealing and picturesque figure as he wanders, now retired from business. He surveys, measures, draws and takes notes whilst giving free rein to his taste for simple poetry and his inexhaustible capacity for wonder. 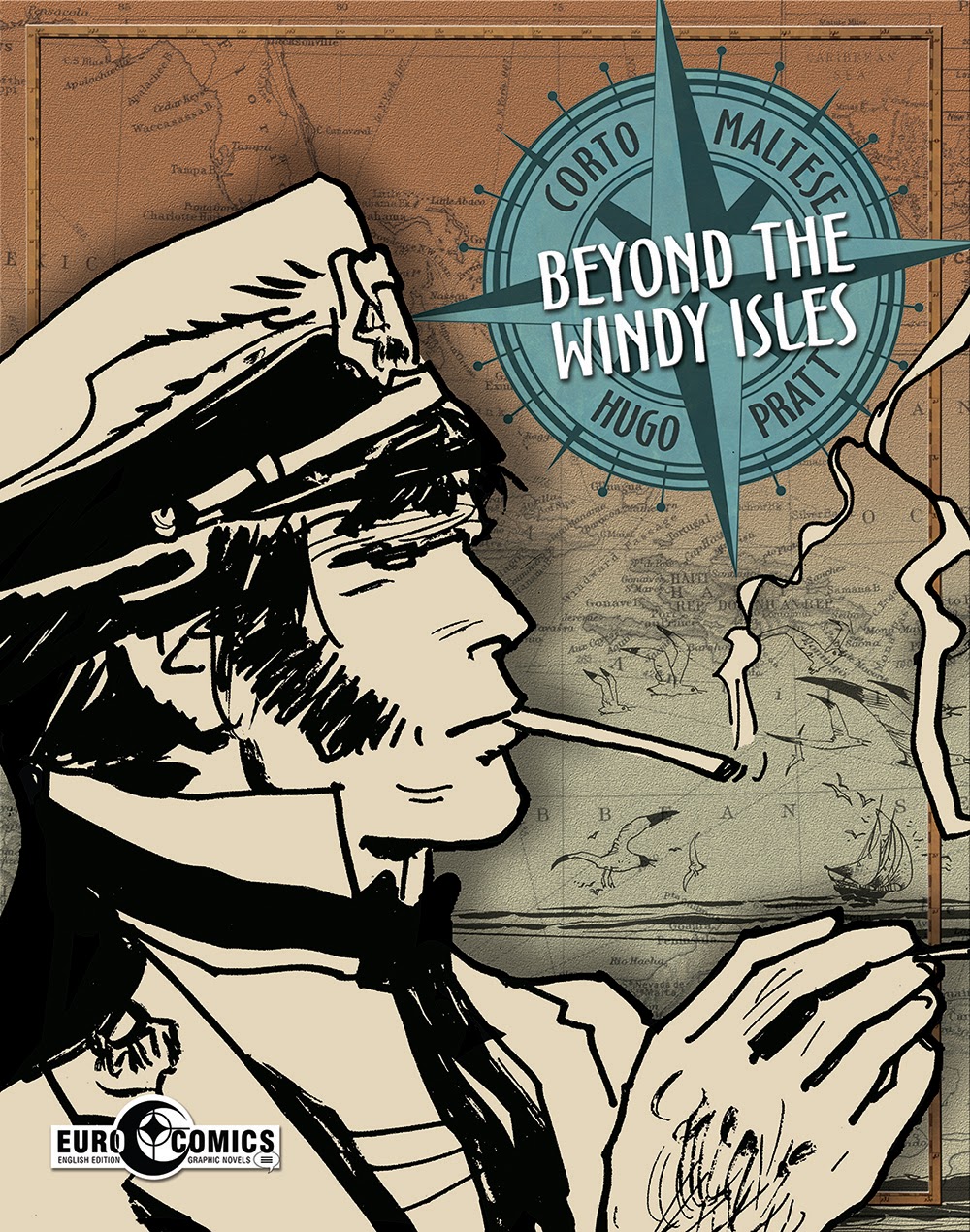 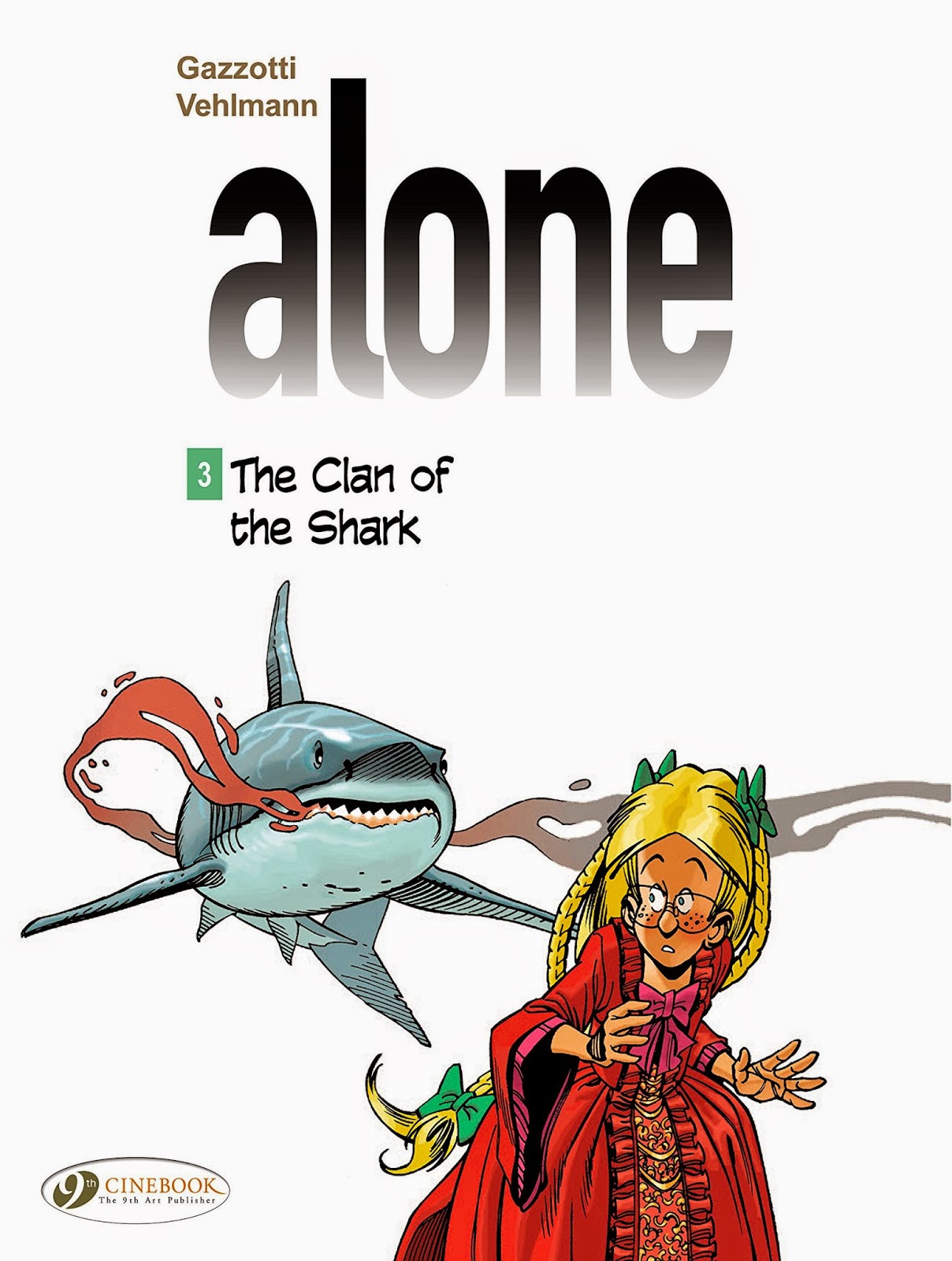 Alone vol 3: The Clan of the Shark by Bruno Gazzotti and Fabien Vehlmann, Cinebook: It's frustrating and befuddling to me that more people aren't reading this series because it's so good. This third volume sees the five Campton children leave their town, travelling to neighbouring cities by bus, desperately looking for other living humans. All they find are deserted settlements, burned forests and packs of feral dogs... Until one day they discover an amusement park filled with kids, all found and gathered by Saul, the owner’s son. A strange, authoritarian child who worships the park’s great white shark, and whose arbitrary rules are not at all to the taste of the newcomers… (Reviews of book 1 here, and book 2 here).

Corto Maltese: Beyond the Windy Isles by Hugo Pratt, IDW: I'm looking forward to this one like a tall refreshing drink, or a cool shower after a day in the sticky heat. This is the second volume of IDW's bid to definitively translate the whole of Corto Maltese into English provides the opportunity for readers new to Hugo Pratt to familairise themselves with his finest creation.  ' "Mushroom Heads" begins in Maracaibo, Venezuela, where Corto Maltese and Professor Steiner lead an expedition on the trail of the legendary El Dorado, financed by the antiquarian Levi Colombia. In "Banana Conga," Corto has his first and nearly fatal encounter with the beautiful yet dangerous mercenary Venexiana Stevenson. Within this framework of adventure, Hugo Pratt weaves themes dealing with the exploitation of indigenous people, the noble struggle to gain freedom and independence, and how cowardice can poison men of all classes. The action, set in 1917, takes Corto Maltese from the Mosquito Coast to Barbados to a deadly struggle among Jivaro head-hunters in the Peruvian Amazon.' 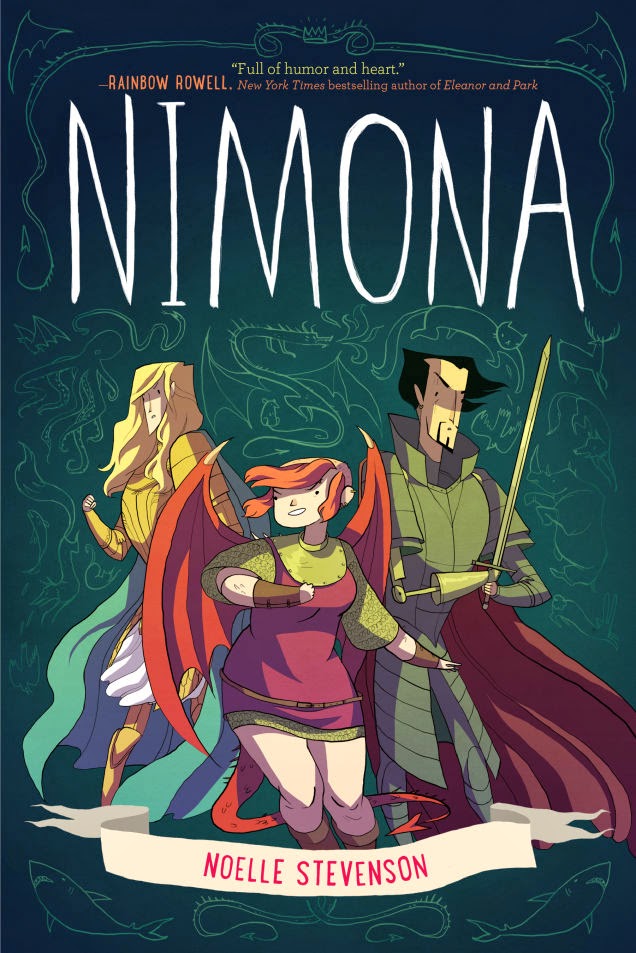 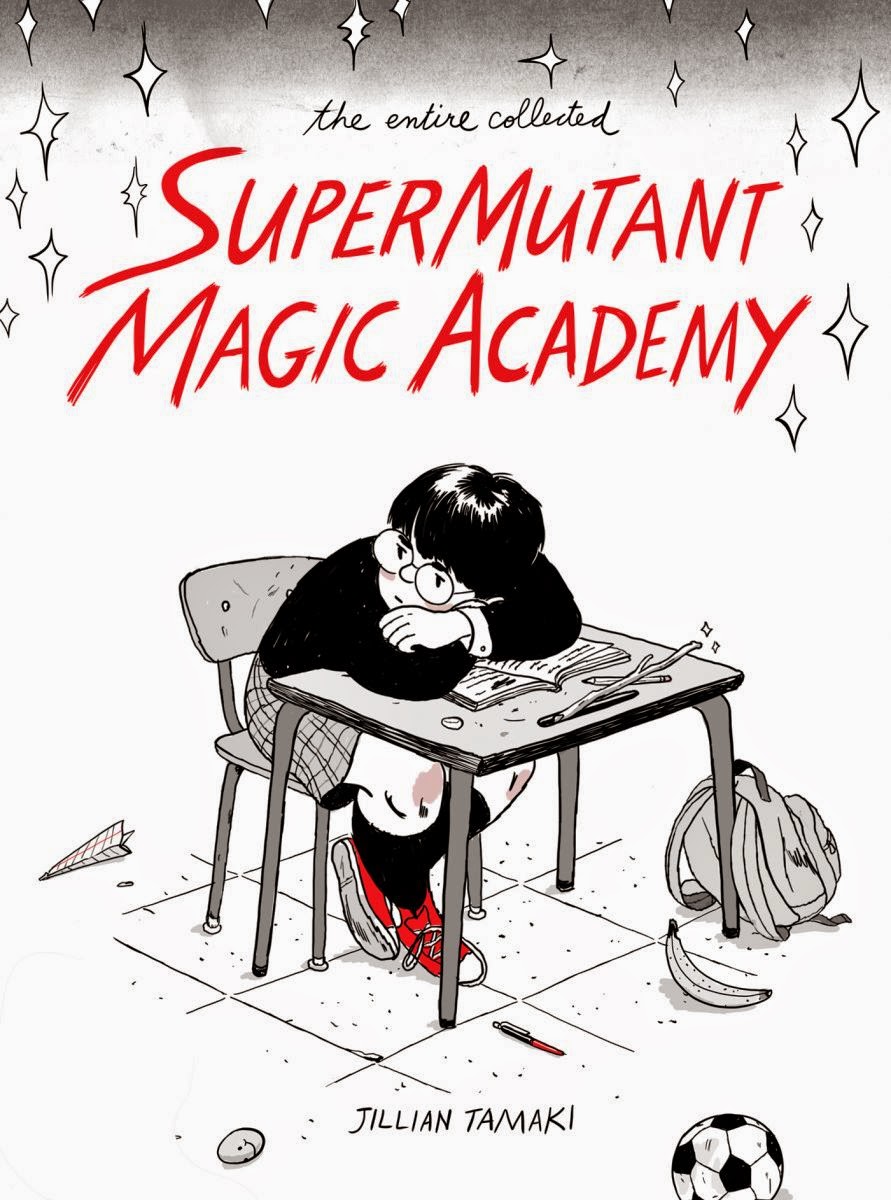 Nimona by Noelle Stevenson, Harper Collins: I'm slow with web-comics and bad at keeping up with them in general, so Noelle Stevenson had gotten quite a way through serialising Nimona online when she announced it would be published as a book. I prefer reading things in chunks and also in print, so I decided to wait for the book's release and as with most things, it's come around fast.  Stevenson has a lovely delicate line and a cheeky sense of humour, so it'll be interesting to see how a longer work from her fares. This print edition features an exclusive epilogue not seen in the web comic, along with bonus conceptual sketches and revised pages throughout. 'Nimona is an impulsive young shapeshifter with a knack for villainy. Lord Ballister Blackheart is a villain with a vendetta. As sidekick and supervillain, Nimona and Lord Blackheart are about to wreak some serious havoc. Their mission: prove to the kingdom that Sir Ambrosius Goldenloin and his buddies at the Institution of Law Enforcement and Heroics aren't the heroes everyone thinks they are. But as small acts of mischief escalate into a vicious battle, Lord Blackheart realizes that Nimona's powers are as murky and mysterious as her past. And her unpredictable wild side might be more dangerous than he is willing to admit.'

SuperMutant Magic Academy by Jillian Tamaki, Drawn and Quarterly: Does anybody still need introducing to Jillian Tamaki's SuperMutant Magic Academy? Tamaki has been publishing the strips online over the past four years, a look into a prep-school for mutants and witches in which the students actually behave like teenagers, with their problems and concerns a more pressing concern than magical or paranormal shenanigans. 'Tamaki paints a teenaged world filled with just as much ennui and uncertainty, but also with a sharp dose of humor and irreverence, playing superhero and high school Hollywood tropes against what adolescence is really like. This volume collects the most popular strips from the webcomic along with a selection of all-new, never-before-seen material.' 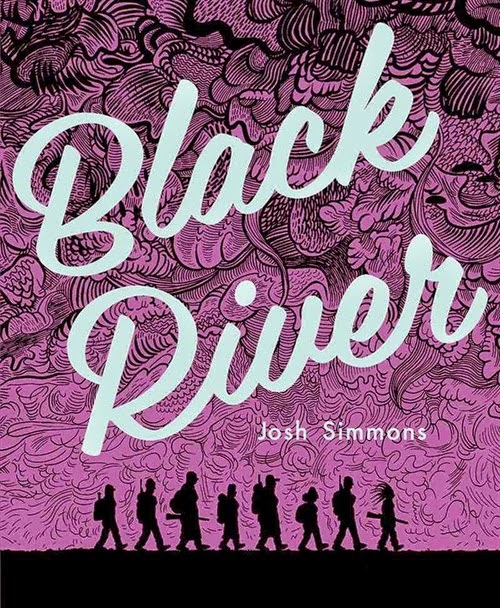 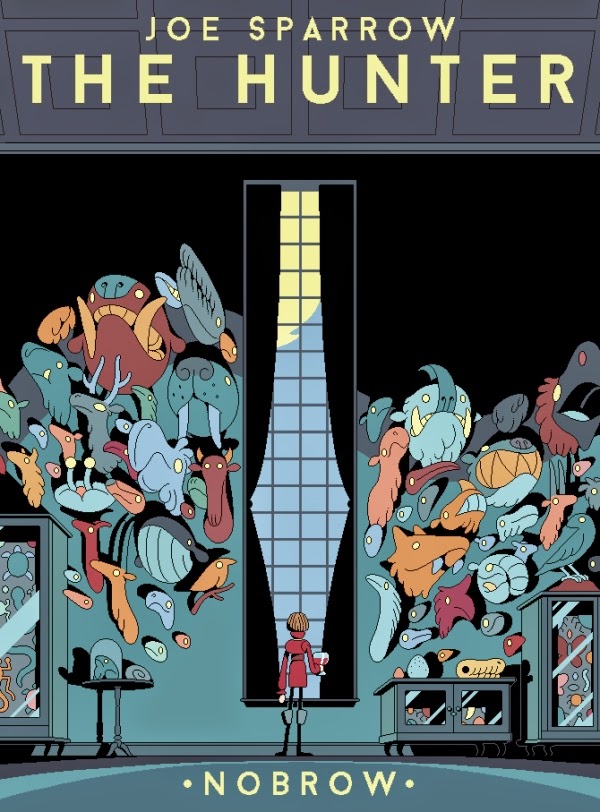 Black River by Josh Simmons, Fantagraphics: Josh Simmons returns with his first full-length graphic novel since 2007’s acclaimed House. Black River follows a group of women, one man, and two dogs as they make their way through 'a post-apocalyptic world in search of a city that supposedly still has electricity and some sort of civilization. Along the way, they go to a comedy club, take a drug called Gumdrop, and encounter gangs of men who are either fools, lunatics, or murderous sadists. In other words, all manner of terrors.' Stripping people to their bare vestiges is one of the core themes in Simmons' work, and there are few things that facilitate that than a post-apocalyptic, each-man-for-himself survival situation.

The Hunter by Joe Sparrow, Nobrow: I've had the pleasure of reading an advance copy of this (review soon), so I can attest to its quality. My preference has always be towards lengthier works, but I have a new appreciation for impressive 20-odd page comics that give you just enough to dig into and chew over.  'In a time centuries before our own, one arrogant hunter has grown bored of sport. Only the legends of a mythical beast excite him now, but when he goes hunting for the creature he quickly discovers that he is outmatched. Because this beast is not any mythical animal but is composed of all the hunted prey killed in the past, and it is most certainly out for revenge.' 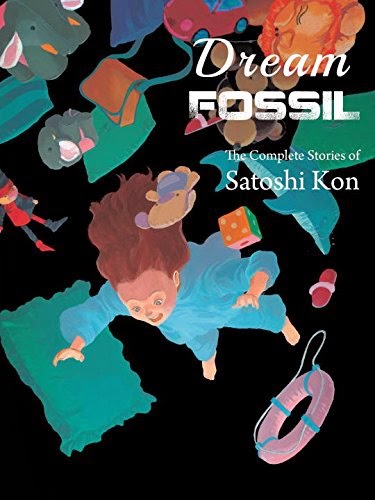 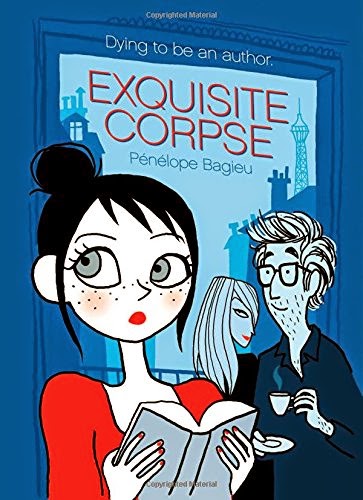 Dream Fossil: the complete stories of Satoshi Kon, Vertical: There's been somewhat of a surge of English language translations of Satoshi Kon's work: Dark Horse released Opus and Seraphim earlier this year and are due to publish another collection, the 'Art of Satoshi Kon' in August, but prior to that Vertical have this retrospective in shops. Featuring his first comic Toriko, the 1984 short that won that year's Chiba Tetsuya Award for the Best New Comic Artist of the Year, and other early comic works created before he  embarked on his career as an acclaimed director.

Exquisite Corpse by Penelope Bagieu, First Second: A romance-mystery revolving around the world of writers and publishing, in Bagieu's lovely fine, expressive fluid cartooning style is something that sounds like a very enjoyable hour. 'Zoe isn't exactly the intellectual type, which is why she doesn't recognize world-famous author Thomas Rocher when she stumbles into his apartment...and into his life. It's also why she doesn't know that Rocher is supposed to be dead. Turns out, Rocher faked his death years ago to escape his critics, and has been making a killing releasing his new work as "lost manuscripts," in cahoots with his editor/ex-wife Agathe. Neither of them would have invited a crass party girl like Zoe into their literary conspiracy of two, but now that she's there anyway...well, as it turns out, both Thomas and Agathe think Zoe is awfully cute. Zoe doesn't know Balzac from Batman, but she's going to have to wise up fast...because she's sitting on the literary scandal of the century!'
Posted by Zainab at 10:03