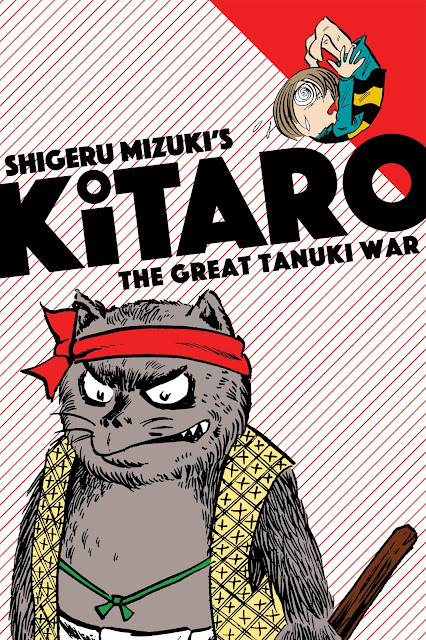 In the first of a series of announcements celebrating their 25th anniversary, publishers Drawn & Quarterly have revealed they'll be releasing an all-news series of Shigeru Mizuki’s Kitaro. Created in 1959, Mizuki's GeGeGe no Kitaro, as it's known in its Japan is something of a beloved cultural landmark, inspiring half a dozen TV shows, plus numerous video games and films. It follows the adventures of a little boy -Kitaro- who also happens to be a 350-year old yokāi (spirit monster). With only one eye, his hair is an antenna that senses paranormal activity, jet-powered geta sandals, he makes quite the impression. Imbued with offbeat humor and charm, Mizuki's young, unusual hero and his folkloric, supernatural tales became a firm favourite with audiences of all ages, and his series is credited as influencing a decades-long boom in stories about yokai, Japanese ghosts and monsters. D&Q previously published a 400+ page volume of Kitaro in 2013- the first English language translation of the material, and have also translated Mizuki's childhood memoir, Nonnonba, the award-winning Japanese history series, Showa, as well as his World War II indictment, Onward Towards Our Noble Deaths.

These new editions of Kitaro contain stories not yet published in English (so they won't reprint material published in the Kitaro book D&Q released in 2013), and are designed in a more kid friendly format- bright and breezy covers running to around 150 pages, which means a lower price point. The first book, The Birth of Kitaro, is due out in March 2016, with a new volume to follow each season. There's 7 volumes planned in total, gathering stories from the 1960s 'golden age' of Kitaro: 4 will release in 2016, and 3 in 2017.  Each volume will be accompanied with an essay by series translator Zack Davisson. Chuffed with this news: I'm always happy to have more quality Japanese comics translated into English -and with D&Q you know they'll get excellent treatment and production, etc.,- but even more so when they're kid-friendly. 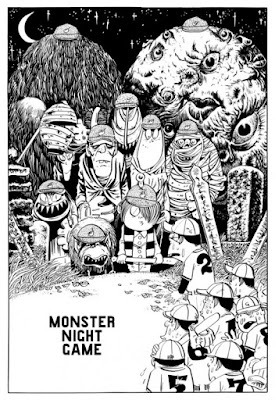 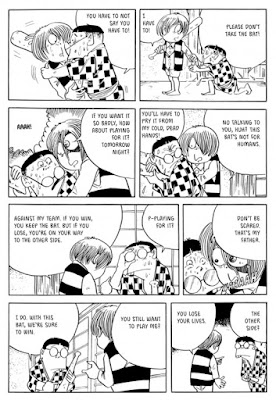