Il mio lavoro- a Gipi artbook: 'Because that place you have drawn will be more real than an existing one' [review] 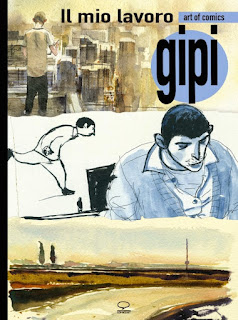 Il mio lavoro: my sketchbook, Gipi, published by Comic Out

Released last November, Gipi's (full name Gianni Pacinotti) Il Mio Lavoro (my sketchbook) is a satisfying window into the contemporary Italian comic master's work. Running to 160 pages and 21 by 29.5 in size, publishers Comic Out's new 'art of comics' series -which will spotlight the work of various artists within the medium- has been developed with an eye towards international audiences, with introductions, forewords and annotations in both Italian and English. That said, it is largely pictorial artbooks (no essays or prose interludes), with brief one or two sentence descriptors from the man himself: a date, title, the medium. As editor Laura Scarpa writes in her foreword, this book only represents a portion of Gipi's output between 2000 to date, with the exception of a few pieces from the 90's. Sketches, pencil work, comics roughs, thumbnails, process, paintings in various stages -they're are all here, but any earlier work prior to 2000 is excluded, because Gipi doesn't consider it representative of his art today.

Indeed, Gipi seems to take a rather dry view of his art being chronicled thus, 'Some stuff had been thrown away.. she took it out of the bin and handed it to the director... Basically I have been picked up from the trash.' Later he reiterates he's not fond of keeping rough work and concepts once they've served their purpose: 'Then I take all the sketches and throw them away, as they are no use, in fact.' So it makes sense that the majority of the work collated here is from the personal collection of Francesco Bazzana, an early patron and Gipi fan who began buying his work early in his career and has continued doing so over the years. Those statements on his work are probably the longest he makes, but it's a mindset that's made a little more illuminating from the foreword and introduction, penned by Riccardo Mannelli and Scarpa respectively, with regard to Gipi's approach and attitude. Gipi is only happy when he's drawing, they say, but he's rarely happy with the result. He has to draw, he needs to draw, he can understand the world by drawing it, drawing is healing, communicating; he doesn't stop drawing.

Gipi's illustration career began in advertising and publishing before moving into comics, and in recent years he's kept more to films, animation, and direction. before making a return to the medium with Unastoria in 2013. His English-translated comics work extends to a handful of books: Garage Band, Notes on a War Story, The Innocents, They Found the Car- of which the latter two are both out of print. There's a theme to the pieces in this book in that they are mostly of trees, landscapes, sky, lakes, figure-work studies, accompanied by a lot of portraiture. Open spaces, and then the tight, personal character of people's faces: he draws faces over and over, teasing out nuance and personality. It feels very classic in subject, and yet grounded, confronting the everyday to make peace with it, placing people within larger and then confining contexts to understand them better. The pinprick of the finite purporting to be of significance in the vast, unyielding infinite of the cosmos. Lots of Gipi's people look to the sky.

From the covers and posters presented -lots of illustration work in here- it's easy to see that Gipi receives briefs and is able to get to the point and story of an image quickly. His tendency leans to keep things clean and simple, drawing impact from the isolation, combined with his watercolours which provide further resonance.  There's a series of oil paintings in a fantasy setting done in the 90's- trolls, ogres, and more, and later another in watercolour, this time focused on pirates, and it's tantalising to imagine a fuller work within those worlds- Gipi's so good that they're brimming with richness and story that clamour to be expanded upon. These, and other 'lighter' drawings- a frazzle eyed beaked man- a great, wiry, spirally pencil dinosaur spread, are especially fun to see, as they mark somewhat of a departure from Gipi's general tone.

I've always associated Gipi's work with a very traditionally masculine quality- he writes about men's stories, men growing up, men's friendships, men's crimes, men boxing, playing football: he doesn't actually draw a lot of women. It's not unidentifiable, but it feels particular. Drawn from experience or something very close to it. To a degree, many of the men he draws even look the same: sharp noses and chins, short dark hair. It's a difficult thing to describe: men writing about men , and people being asked to accept that viewpoint as the default, is nothing new, but the representation and idea of masculinity here feels more specific and overt, although not pushy. Men and masculinity simply seems to be what Gipi is interested in.

Il mio lavoro is, I believe, the first Gipi artbook, and his work -there's no disputing the level of his skill and ability- and contribution to the medium is certainly deserving of the treatment. I do, however, always like to consider what I'm getting for my money when it comes to comics and artbooks -neither of which are cheap. While the paper quality is very good, a roughly £22 pricepoint (it's available on Amazon) for a full-colour perfect paperback with a soft cardboard french flapped cover, is too dear. As much as artbooks are 'specialist' items -and from small publishers even more so, unless you're producing an ornate hardback compilation, your price should reflect the product. That aside, for anyone interested in Gipi's work, or illustration and comics, this is a very strong buy with not a single bad picture. 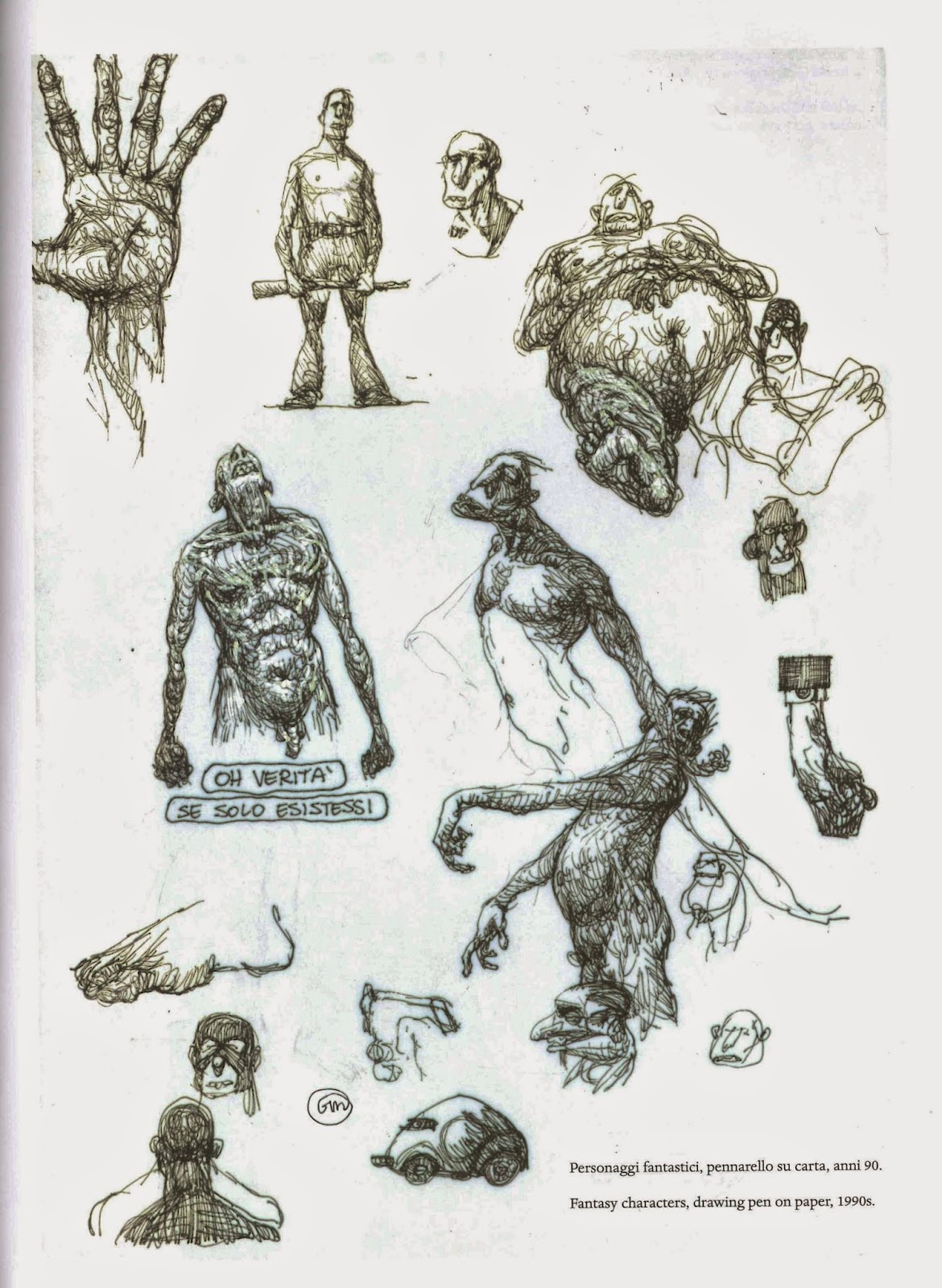 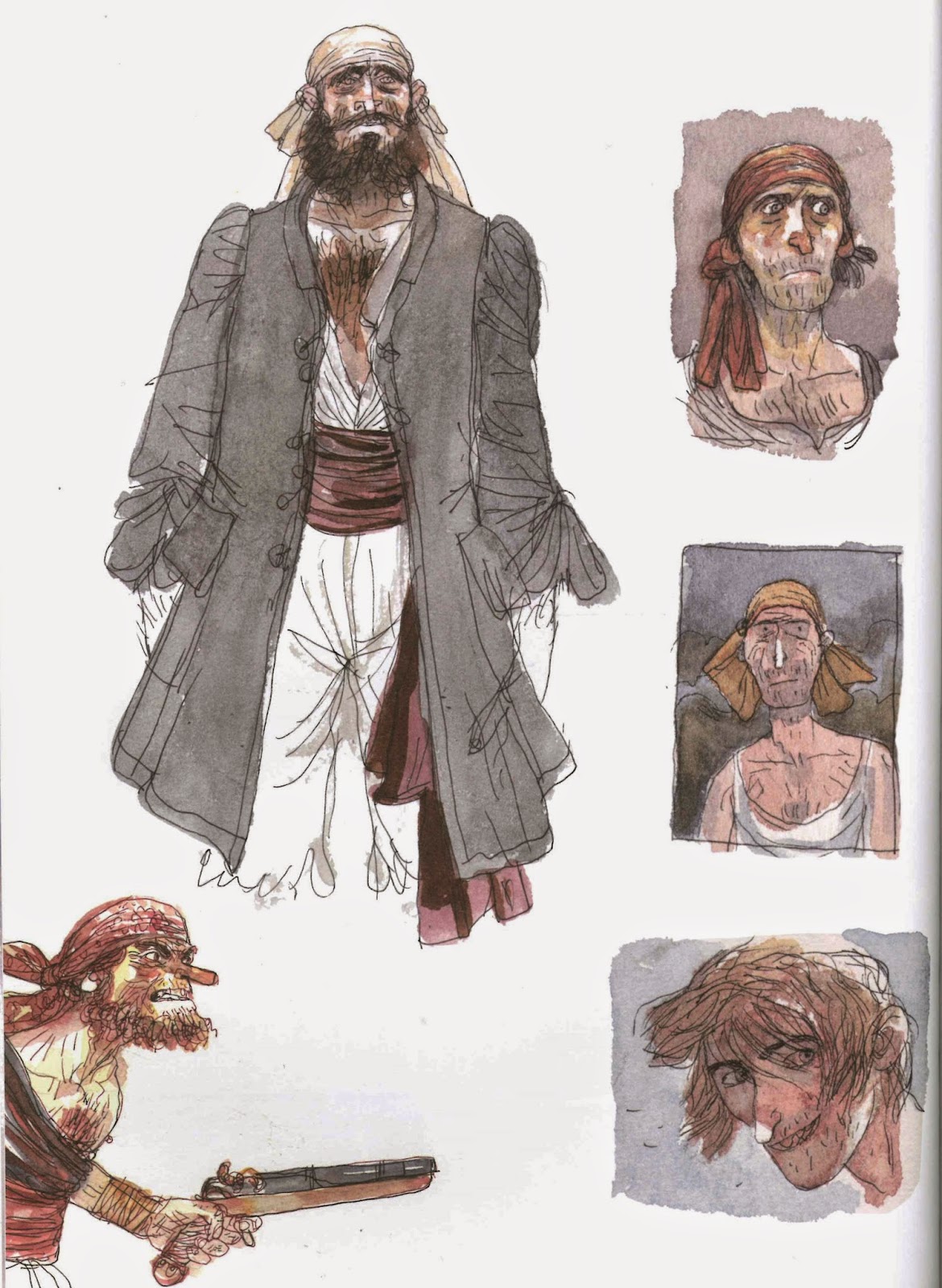 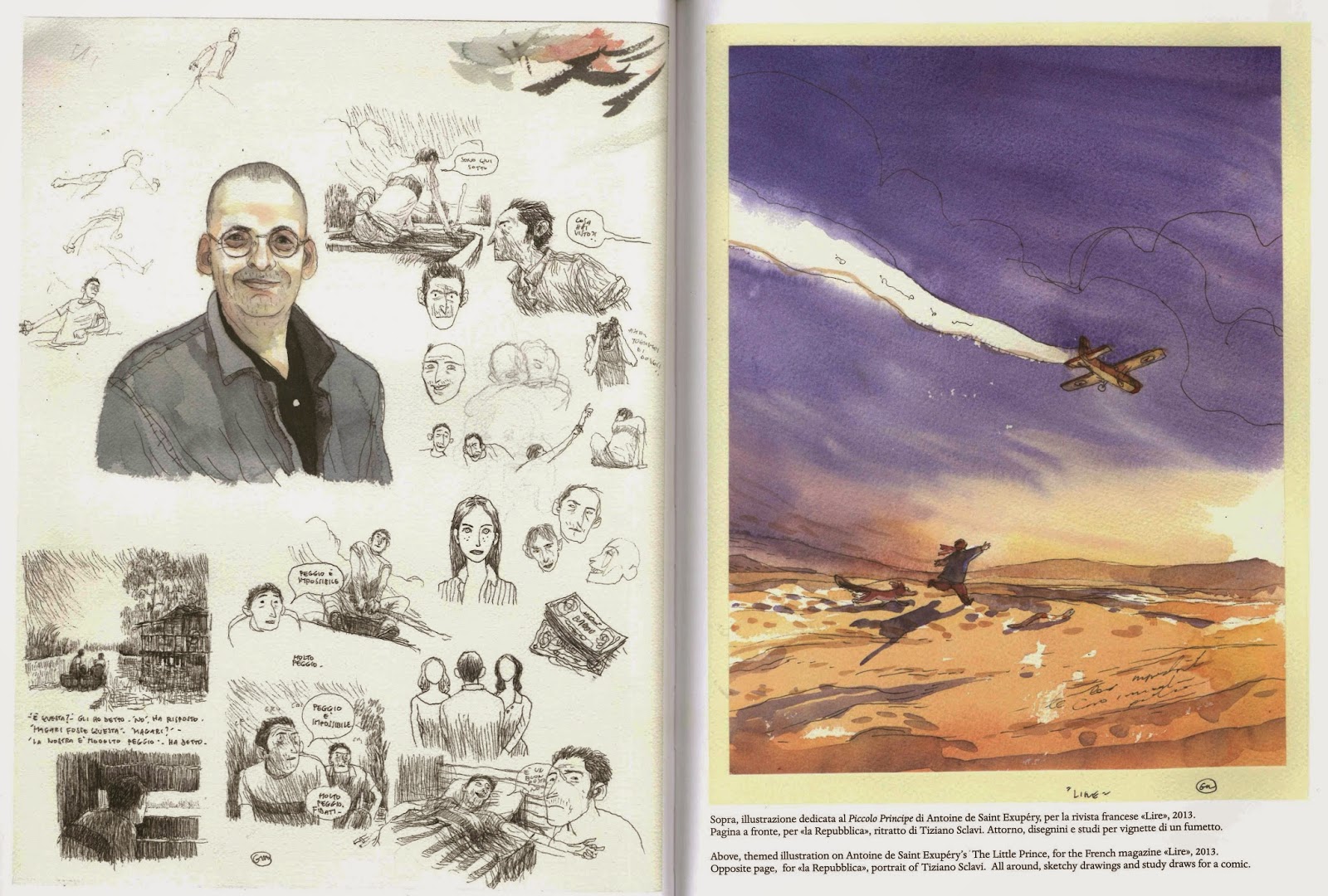 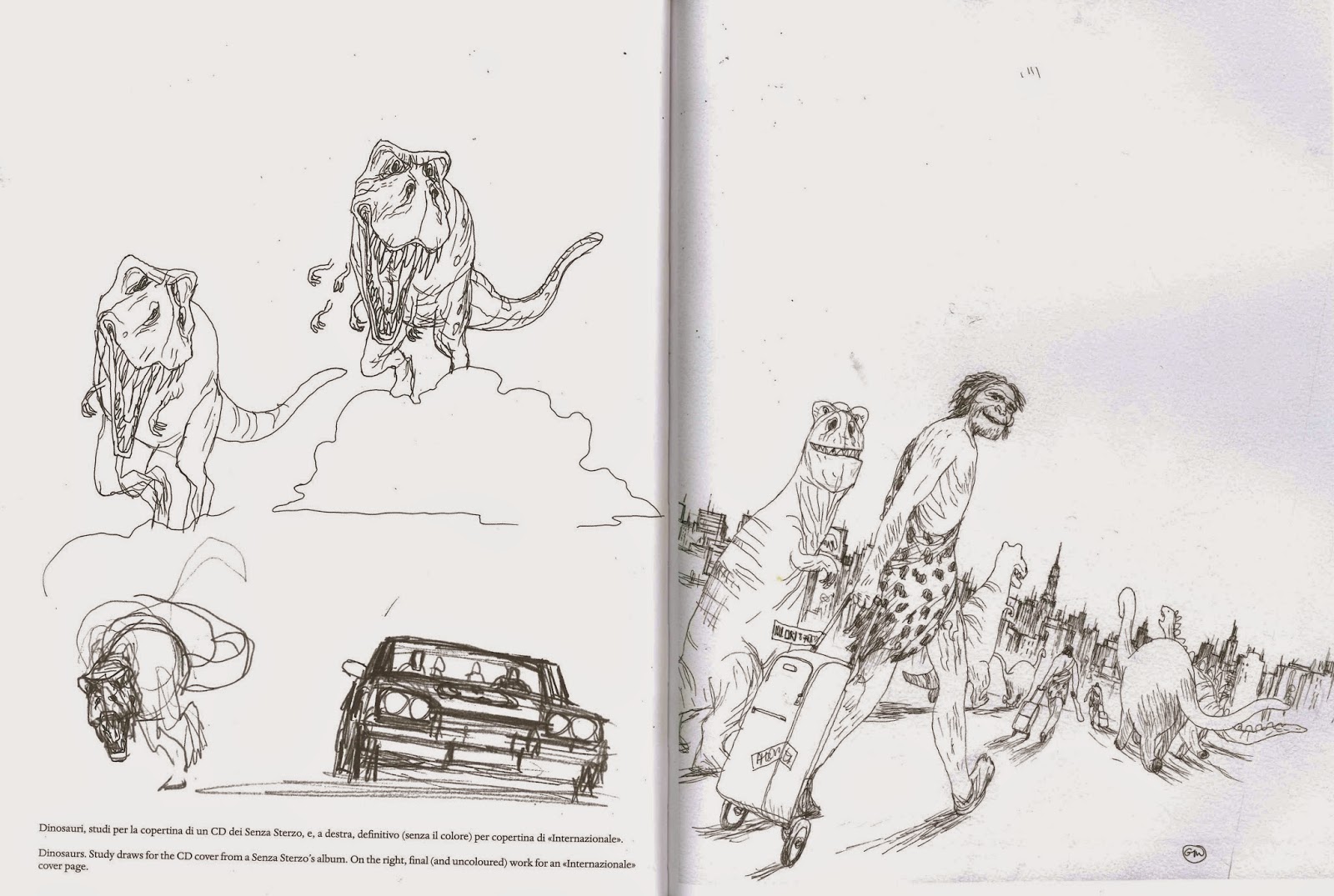 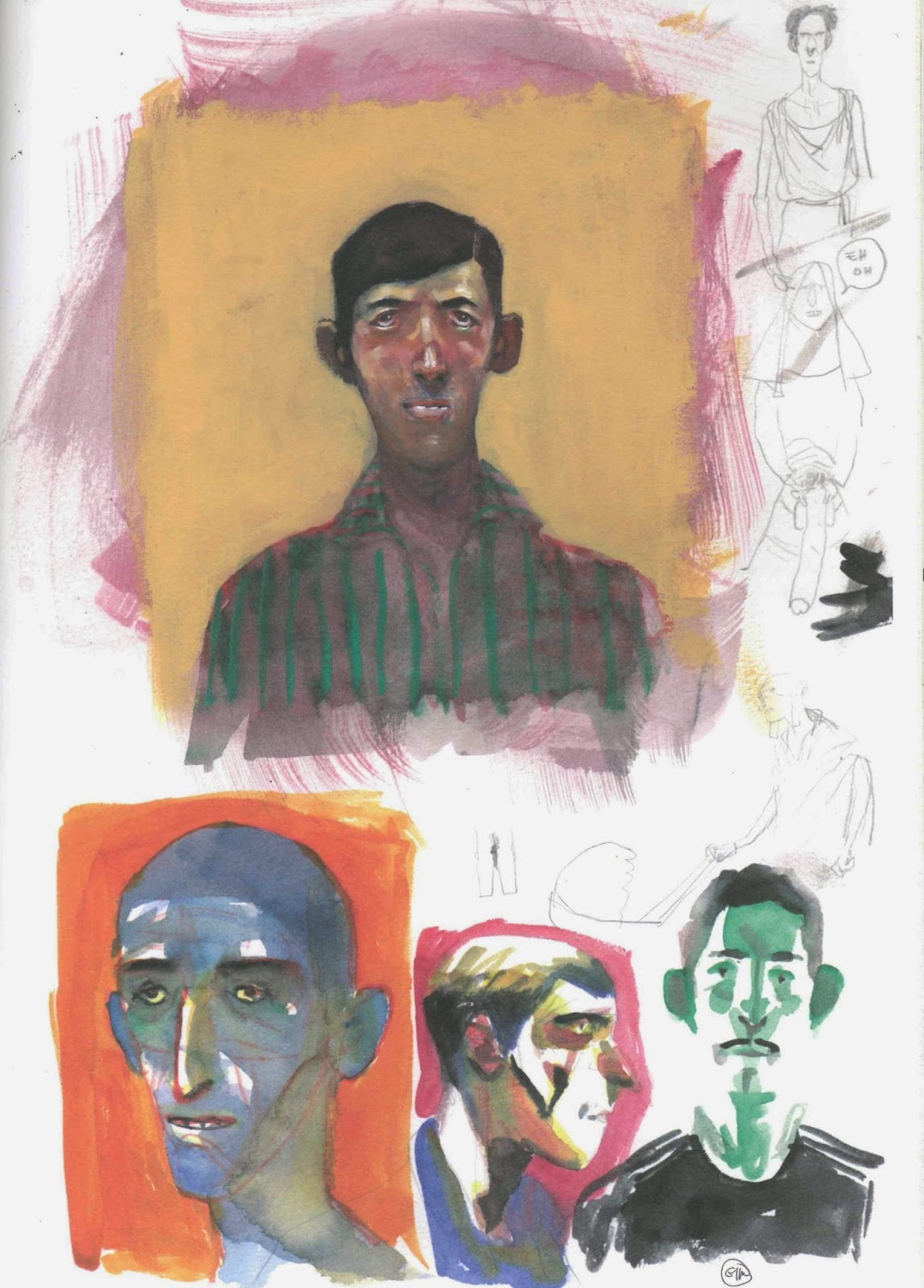 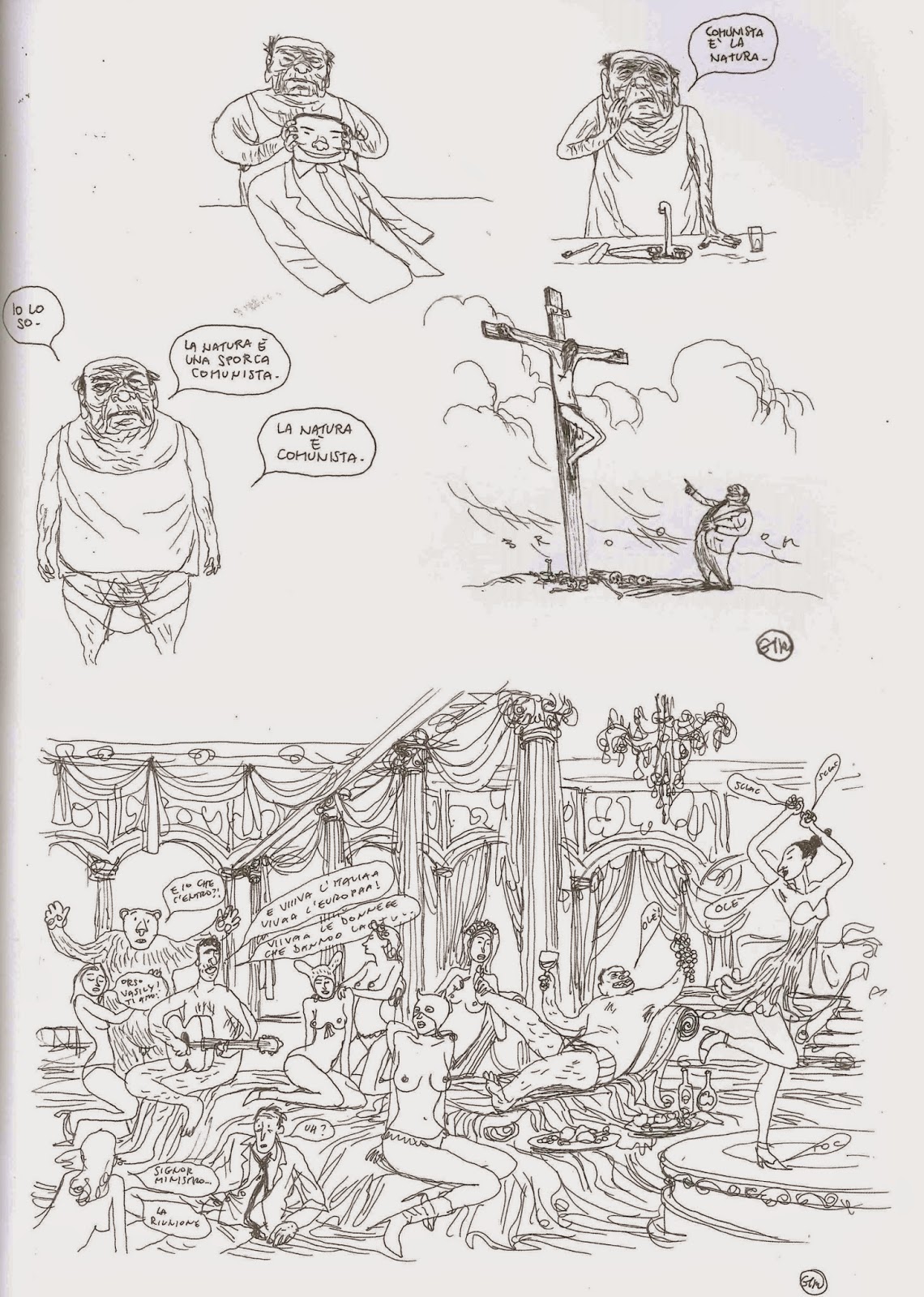 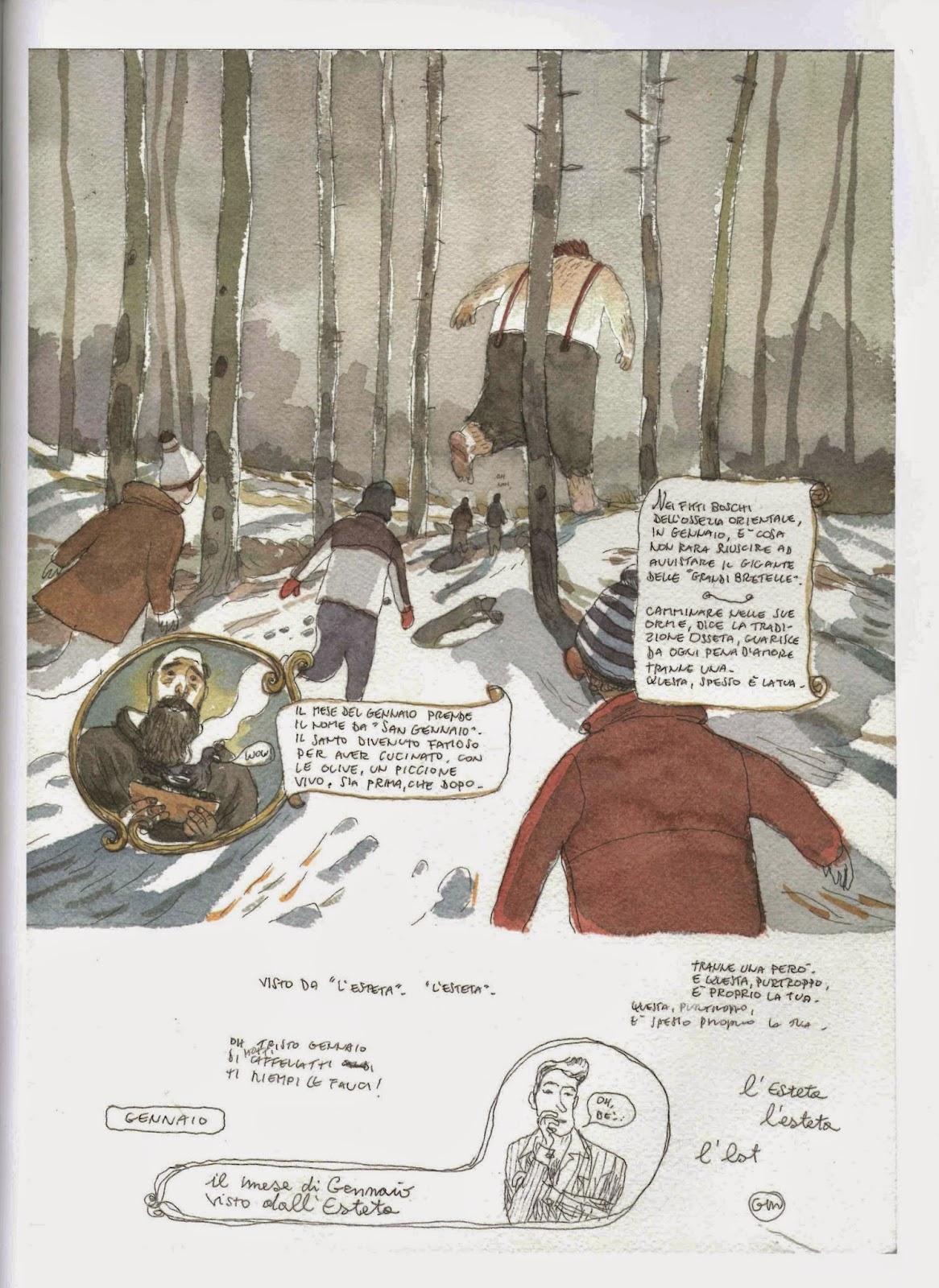 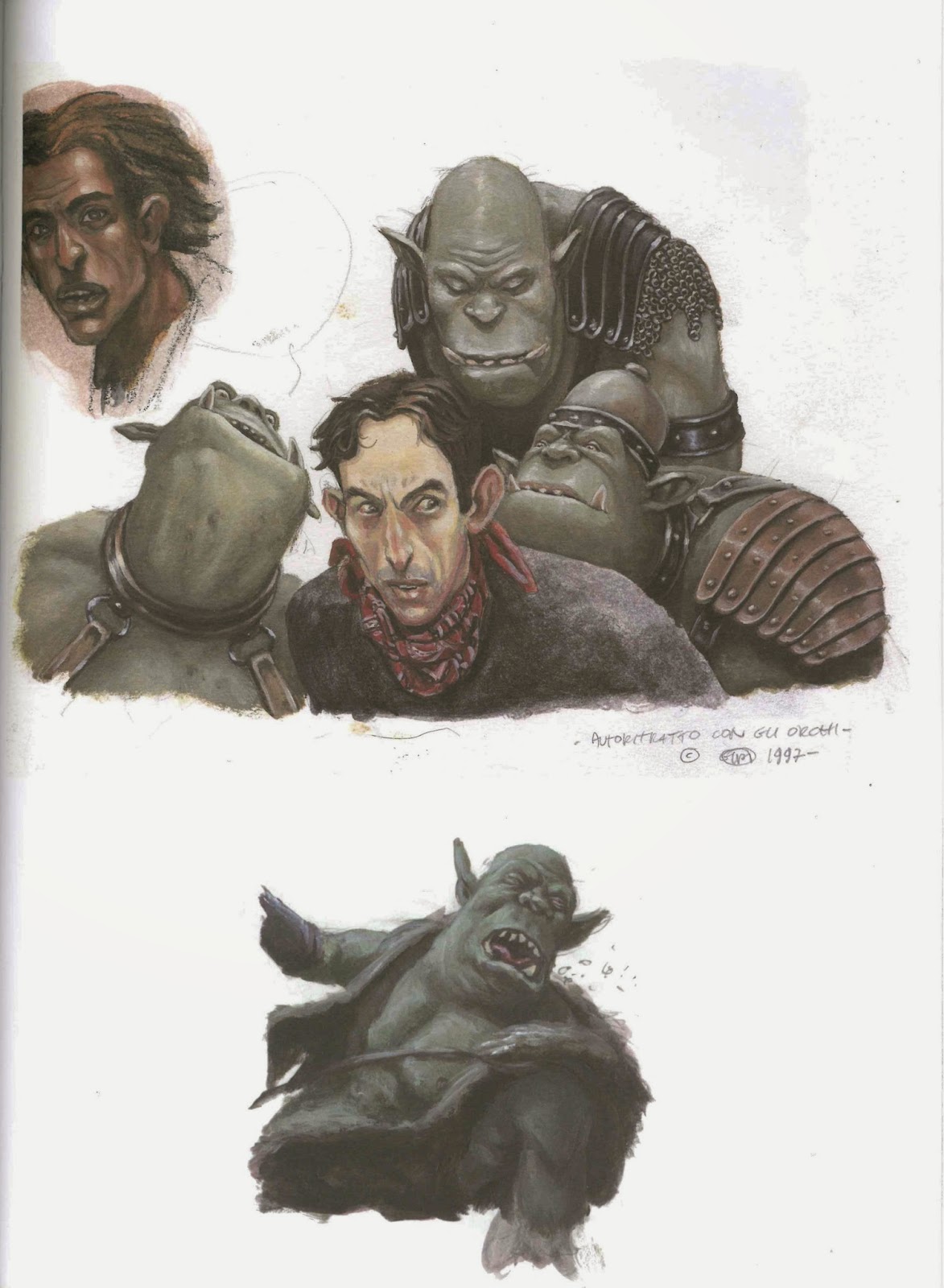 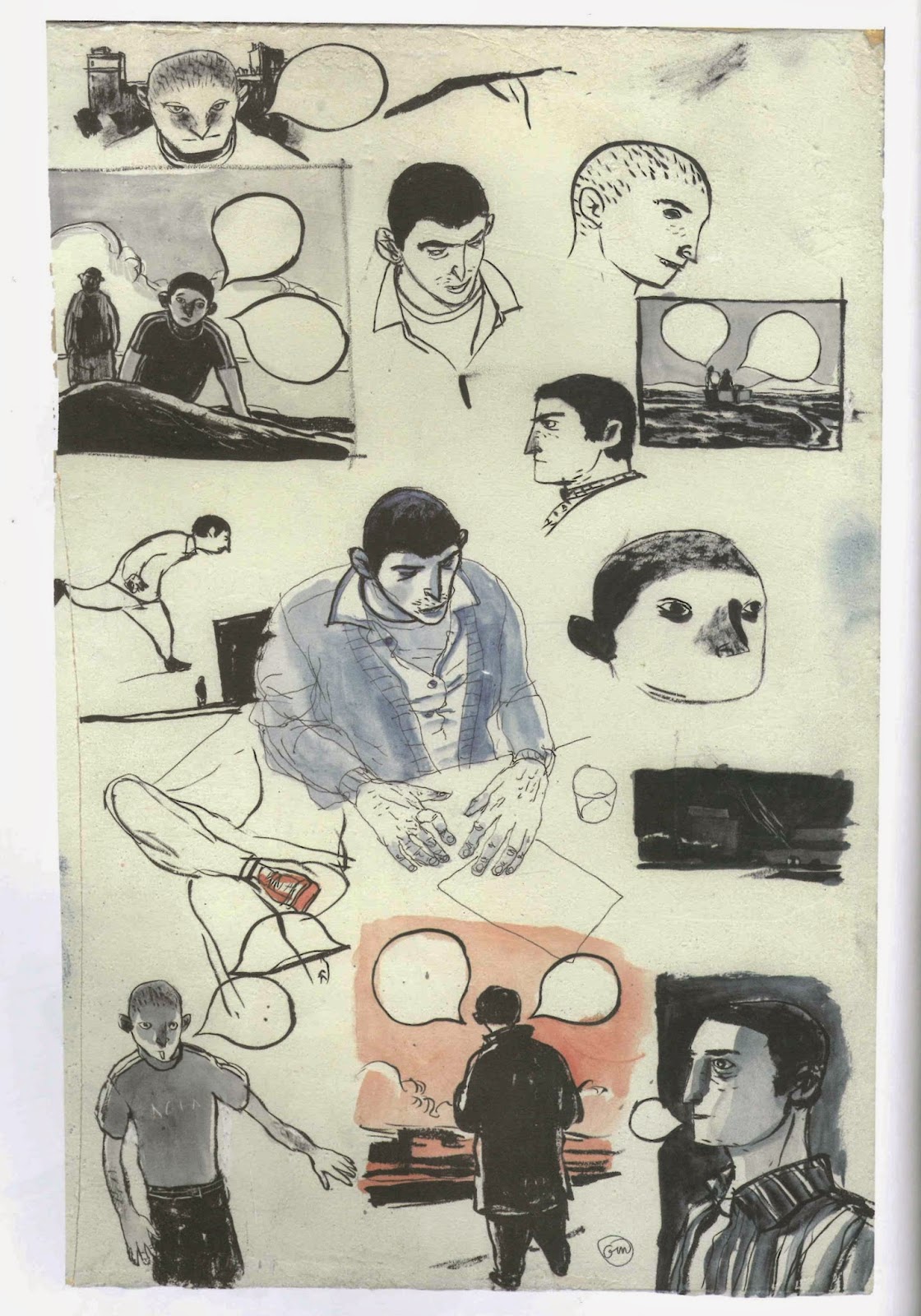