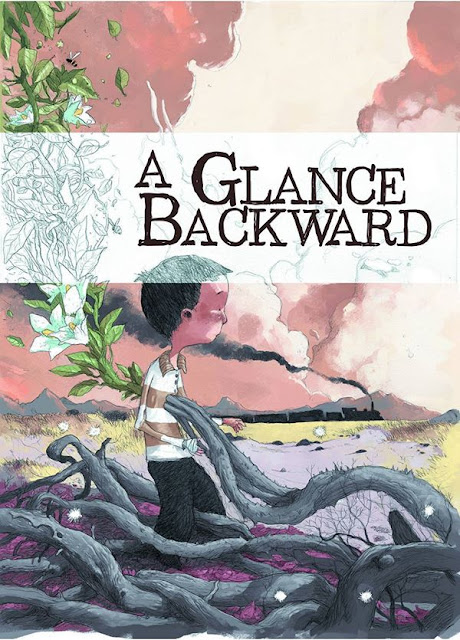 Magnetic Press are releasing a second Tony Sandoval work in English, after the success of last year's Eisner-nominated Doomboy (you can read a review of it here). Due for publication next month, A Glance Backward finds Sandoval on illustration duties with Pierre Paquet taking up the writing reins- the inspiration for the story is supposedly taken from a moment in Paquet's own childhood. In it, 11-year old Joey is pulled into the walls of his own home, trapping him in a strange and surreal place filled with odd, intriguing, and frightening characters who he encounters as he tries to make his way back into the real world. The blurb reads like cusp-of-adulthood/growing up tale by way of Alice in Wonderland- the latter reference is especially strong if you look at these pages on Magnetic Press' website. As with previous Magnetic Press productions, A Glance Backward will have rounded corners, a textured spine, and be quarterbound.

As I imagine was the same with quite a few people, Doomboy served as my introduction to Mexican artist Tony Sanodval's work. He has a gorgeous, warm watercolour style- classically romantic in a sense, gothic romantic almost, amalgamated with his distinctive  stylistic choices, such as disproportionate, large headed figures with flat moonafaces. The size of the head can shift and change, as can the features- they sort of look like those grotesque old Punch and Judy puppets, or those eerie porcelain dolls. Looking at some of Sandoval's other art, it's easy to see how those qualities easily lend themselves to more horror themed work-  the sudden exaggerated changes in expression coupled with that po-faced inscrutability. So while I'm not especially intrigued by the premise of A Glance Backward, I do really like Sandoval's art, and blurbs are often unreliable indicators of a story, so I'm curious to see this. 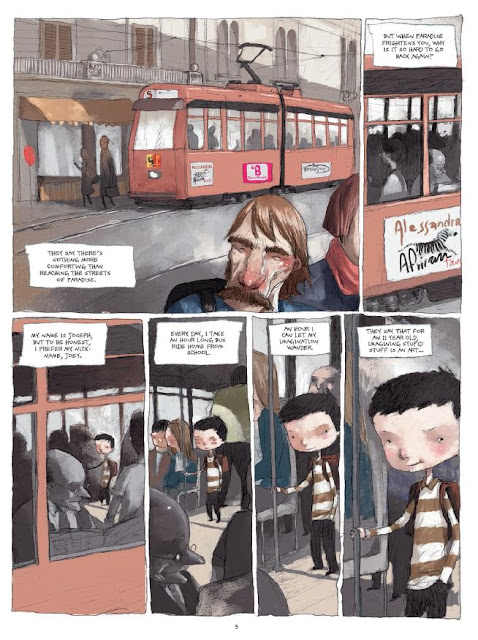 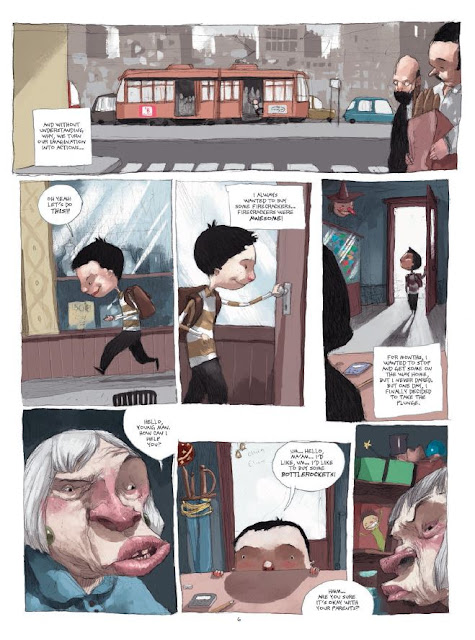 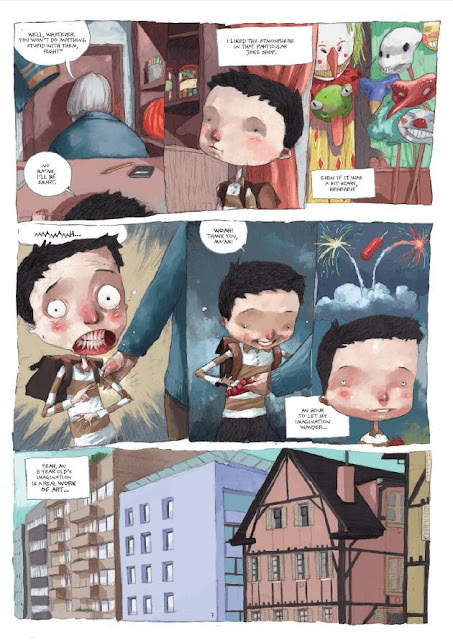 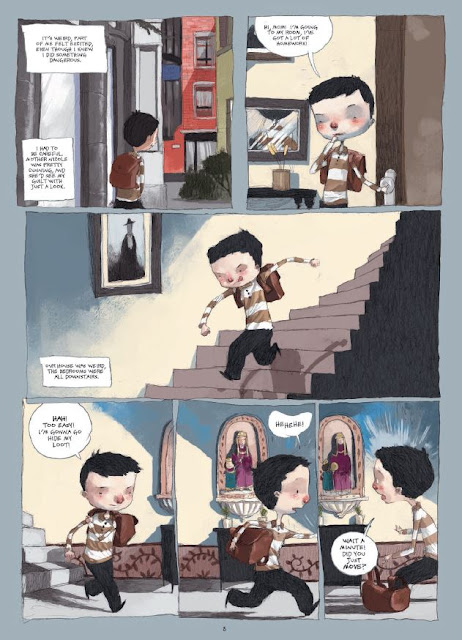 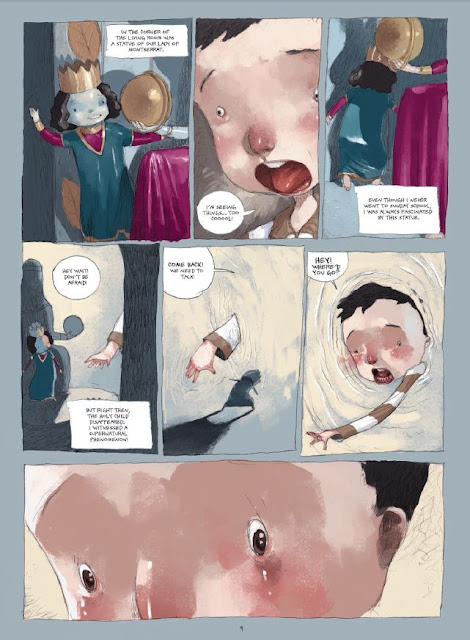 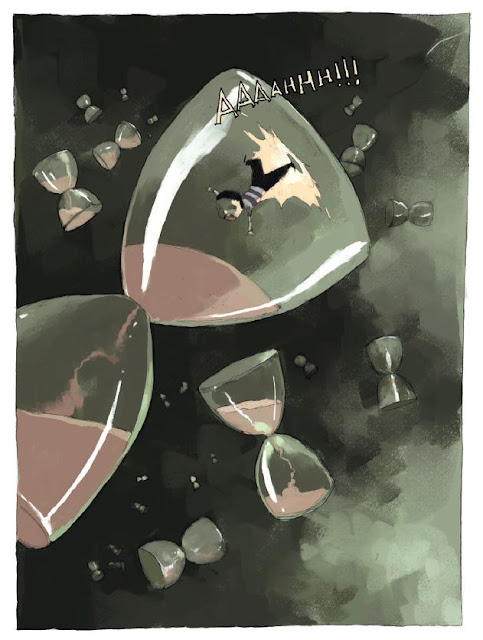