With pound in hand: June comic and graphic novel releases

Here we go; picking out the cream of this month's releases, in graphic novels, collected editions and anything else notable: 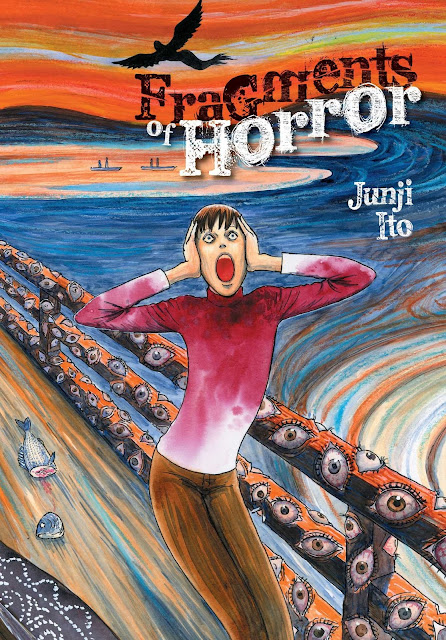 PICK OF THE MONTH: Fragments of Horror by Junji Ito, Viz: Junji Ito released a new collection of short stories in Japan last year, -his first in roughly 8 years I believe- and this month sees Viz publishing the English language edition of the same title. At 224 pages, Ma No Kakera- 'shards of evil' or Fragments of Horror, contains 7 stand-alone stories that were originally serialised in Nemuki+ magazine in 2013, in addition to a final newer, short comic, Whispering Woman, that was published in Shikan. 'An old wooden mansion that turns on its inhabitants. A dissection class with a most unusual subject. A funeral where the dead are definitely not laid to rest.' Ito is widely regarded as a master of horror comics thanks to works such as Uzumaki, Tomie, and Gyo, and has a huge worldwide following, which makes this a highly anticipated release for English language audiences. If you're new to Ito, a short story collection is probably a good place to start. 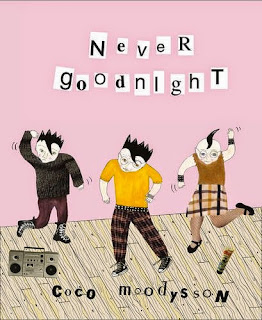 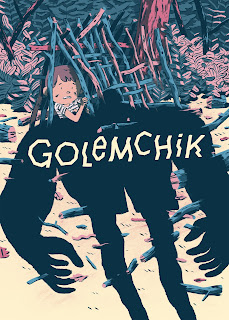 Never Goodnight by Coco Moodyson, Friday Project (Harper Collins): Coco Mooysson's comic book Aldrig Godnatt [Never Goodnight], was published in its native Sweden in 2008, before being adapted into acclaimed and award-winning film We Are The Best! by husband Lukas Mooysson last year. Recounting her own autobiographical experiences of growing up in Stockholm, it sees an English language release this month. 'Coco, Klara and Mathilda have known each other since primary school where they met in Folk Dancing class. But now they’re almost teenagers and their anarchist ideals set them apart from the other girls at school. Despite the constant declaration from all that punk is dead they dream of starting a punk band and being as big as The Clash. The only problem is they can’t play any instruments and mainly practice with pillows and pans. Never Goodnight is a dark and witty depiction of growing up in a dysfunctional family, when music, friends and boys offer up all the possibilities in the world.'

Golemchick  by William Exley, Nobrow: Nobrow's 17x23 series have been very good quality so far, and next up on the slate is British artist William Exley's effort, Golemchik.  I've had the pleasure of reading an advance copy and it's a very Iron Giant-like tale in tone, with Exley's illustrations providing a wonderful sense of innocence and warmth. 'Abandoned by his friends, one young boy goes searching for fun -- and finds a golem on the hunt for the same. But as the two go about living out their dreams of having the best summer ever, the boy realizes that golem's don't know how to take it easy. To save his town, he'll have to get his new friend under control!' 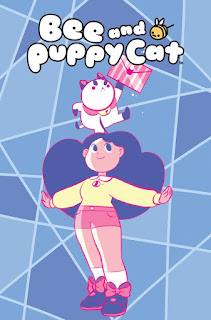 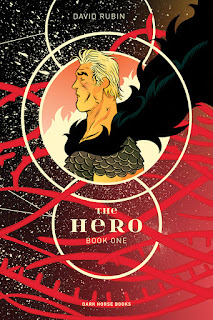 The Hero by David Rubin, Dark Horse: Spanish artist David Rubin's a super talent, and I'm interested to see what his first work to be translated into English looks and reads like. The Hero is a 2 volume book, with the second installment due for release later in the year -Image will also be publishing his and Santaigo Garica's adaptation of Beowulf at some point in the next 6 months. 'In ancient Greece the first superhero was born. Heracles, the son of Zeus, came into the world with strength, charm, and a fighting spirit.  David Rubín reexamines the life of the world's greatest champion in The Hero, chronicling Heracles's incredible adventures, from his innocent boyhood to his meteoric rise to popularity as he tackles the Twelve Labors. It is a journey tempered by a steady decay that never relieves him of his heroic burden. And it is this burden that becomes his only grip on reality as Heracles edges toward his fateful end.'

Bee and Puppycat volume 1 by Natasha Allegri, Boom: I bought this as it was being released in issue format and very much enjoyed the more ambient, non-conflict driven narratives -something that is starting to make its way over here more from Japanese comics, I feel. It follows the loose adventures of 20-something Bee, some vague sort of magical-apprentice-for-hire, and her feline partner-in-crime, Puppycat, both of whom are united in their desire to eat good food and not do much else. It's one of those books that makes you feel better for having read it, and from what I can remember it's suitable for younger readers too; certainly the lovely art and colours are very appealing. 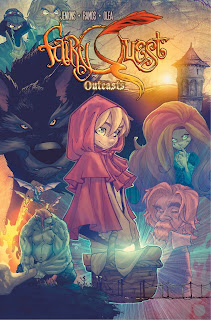 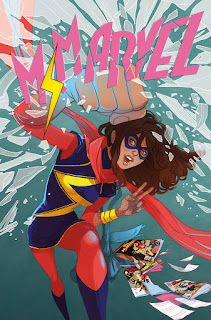 Fairy Quest: Outcasts by Paul Jenkins and Humberto Ramos, Boom!: I know there are those who would roll their eyes at this selection 'another spin on the lives of fairytale characters,' but I really enjoyed the first volume, and Humberto Ramos' art has never looked better. Essentially, the world of fairytales is a dictatorship where the characters are forced to continually act out their stories each time someone reads their story 'in the real world', overseen by the awful Mister Grimm and his cadre of Think Police. But what if the big bad wolf isn't actually bad, but good friends with Red Riding Hood, who in turn was sick of constantly being forced to walk through the woods to Grandma's house? The first book saw Red and the Wolf rebel against this tyrannical system to go on the run, but nothing can prepare them for what lies ahead in the Dark Forest.

Ms Marvel volume 3: Crushed, by G Willow Wilson and  Takeshi Miyazawa,  Marvel: I've been reading Ms Marvel in the collected trade paperbacks; I find it to be a more satisfying experience that way. This is the third volume in the series, which was improving more and more as it moved past establishing Kamala's character and her powers. 'Love is in the air in Jersey City as Valentine’s Day arrives! Kamala Khan may not be allowed to go to the school dance, but Ms. Marvel is! Well sort of — by crashing it in an attempt to capture Asgard’s most annoying trickster! Yup, it’s a special Valentine’s Day story featuring Marvel’s favorite charlatan, Loki! And when a mysterious stranger arrives in Jersey City, Ms. Marvel must deal with…a crush! Because this new kid is really, really cute. What are these feelings, Kamala Khan? Prepare for drama! Intrigue! Romance! Suspense! Punching things! All this and more!'
Posted by Zainab at 21:43