Coming from Inio Asano in 2016: 'A Girl on the Shore' and 'Goodnight Punpun' in English

2016 is shaping up to be a year of riches for English-language fans of Inio Asano. With Vertical previously announcing they will be publishing an omnibus edition of A Girl on the Shore ('Umibe no Onna no Ko') early in the year, Viz have now followed that with their own licensing news: they'll begin publishing volumes of Asano's Goodnight Punpun ('Oyasumi Punpun') series in spring, with books being released on a quarterly schedule. There are three existing Asano titles available in English: Viz put out 2-book anthology What A Wonderful World! in 2009, followed by Solanin in 2011, which found a young couple in their 20's individually taking stock of what they want from life, while Fantagraphics published the difficult-to-pin-down horror Nijigahara Holograph in 2014, although the latter seems to be out of print. Asano has a reputation for creating powerful, understated, character-driven comics, thematically linked by people struggling to make sense out of life through various lenses: social and self expectations, relationships, age; seeking meaning and place to anchor the being. As such, his stories can be unremittingly bleak. Here's a quick look at each of the new Asano titles due to be published next year. 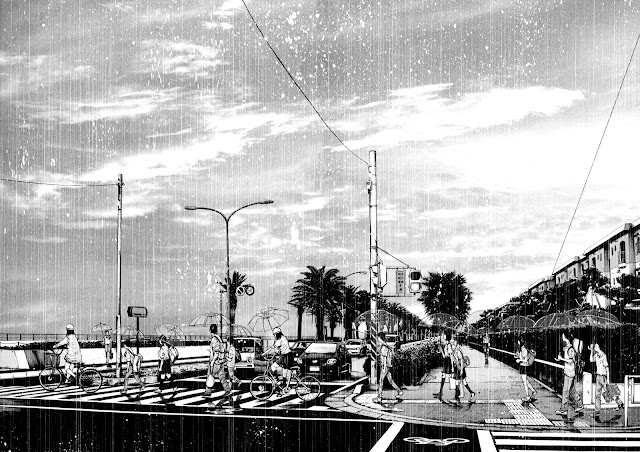 A Girl on the Shore: Vertical are releasing this in one mammoth 444 page tome in January, and it will come shrink-wrapped due to its 18+ content rating. Originally serialised between 2009-13, it revolves around the relationship between teenagers, Koume Sato and Kosuke Isobe, who live in a sleepy seaside town. Koume is still emotionally recovering after being used and dumped by her crush, but decides to embark on a 'sex-only' relationship with Kosuke - this time with no feelings involved. The two quickly discover, however, that no strings attached sex can lead to unexpected complications, not just for themselves, but also the people surrounding them. I've seen this categogrised as 'erotica' in a few places, but my intimation is that it isn't; rather that it depicts sex and a sexual relationship graphically, which is different. 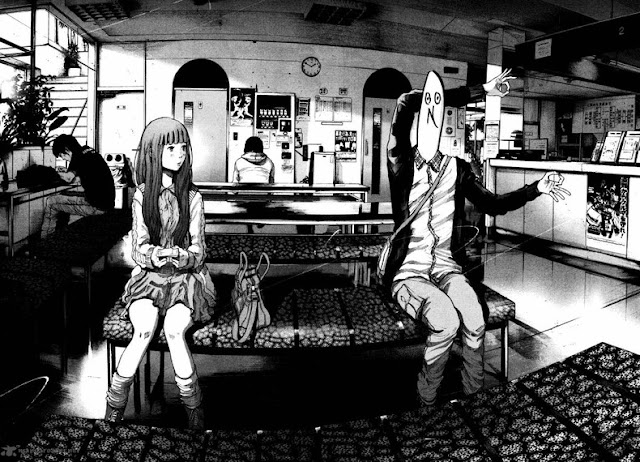 Goodnight Punpun: Goodnight Punpun is a different kettle of fish, and Asano's longest, and perhaps most acclaimed, work to date. It follows the titular 'Punpun' as he progresses from childhood to adulthood, all the while depicted as a poorly drawn cartoon bird: first a chick, then a slightly more feathered, and eventually a darker-coloured, fully-grown bird -even as all other characters are traditionally rendered people. Spread over 13 volumes, the story is split roughly into four arcs: Punpun's life in elementary, middle, and high school, and then as a young adult. Asano mixes his trademark realism with a heavy dose of surrealism: Punpun rarely speaks, can conjure a 'god,' and  is surrounded by a bizarre cast of characters. He comes from a broken home with an alcoholic mother and an abusive father, with the one 'good' thing he holds to being his crush on a girl named Aiko. Goodnight Punpun charts the comedies and increasing, intensely dark experiences of Punpun's life as he grows up in this environment, dealing with his family, friends, relationships and self, and the world in general.
Posted by Zainab at 00:05