DC to publish Gotham Central omnibus in May 2016

Some long-awaited good news; DC will finally be collecting the whole of the Eisner-award winning Gotham Central into a single, hardback omnibus edition next year. Written by Ed Brubaker and Greg Rucka, and illustrated by Michael Lark and later by Kano, Steve Leiber, and others, the series originally ran for 40 issues from 2002 to 2006. Ostensibly a police procedural, the book follows Gotham's police department as they struggle to deal with the  relentless, rancid nature of crime in the city -in addition to reckoning with the involvement and impact of a certain cowled vigilante. I remember first reading this when DC released the now out-of-print hardbacks (compressing the traditional collation of the then five trade paperback volumes as the series ran, into four books after they were becoming difficult to get hold of) and being completely impressed by, and immersed in it. Considering different angles and takes on the superhero genre is now commonplace, but Brubaker and Rucka -both arguably at the peak of their writing powers, and acutely suited to the crime genre and verisimilitude of the material- created something that didn't feel it was simply waiting for Batman or his villains to turn up; the focus here was very much on these characters; these police officers, their lives, and the choices they made.


Which isn't to say it doesn't offer an alternative dimension to Batman's world; having been so used to always reading Batman books from either his perspective, or with the knowledge of who he is, his motivations, always being with him on cases, it was interesting to see him as he's viewed through the eyes of Gotham's citizens and law enforcement: a peripheral, strange unknown figure who is only seen very sporadically. Even then (whilst it's not depicted here), of course, I was still reading with that awareness and knowledge of him; for these characters, there's a total remove in terms of what they know about him, and the kind of perception and relationship they're able to have. This is exacerbated by the fact that it's their jobs and work that he's interfering with, -undermining almost- often leaving cases and situations in disarray. It's a superb series that was recently again made available in four new paperback editions, and one that's satisfying on multiple genre and narrative levels. What it does best, I think, is show a real human side to the city and it's people; one that can go missing when swept up in the mythology of Batman. There was some excitement last year when it was rumoured that Gotham Central would be adapted for television, but the show that emerged, Gotham, is decidedly different and not really sourced from those comics at all, although it does incorporate a police enforcement element, headed by a younger James Gordon and Harvey Bullock.

The omnibus edition will be released in early May next year, collecting all 40 issues in one hardback volume. I'm pretty happy with my individual, nicely-bound hardbacks so won't be upgrading, but I understand the appeal of having everything in one neat package. I'm never sure how attractive those are for new readers (with regards to spending a good chunk of money on something untested), but in this instance, I'd say the quality is such that it's absolutely worth it. Here's the official solicit information:


'Gotham City: a town teeming with corrupt cops, ruthless crime lords, petty thieves…and just a small handful that would oppose them. Grizzled veteran Harvey Bullock, Captain Maggie Sawyer, Detective Renee Montoya and the GCPD are the law force that stands between order and complete anarchy. Gotham’s Finest work around the clock to not only keep the world’s most psychotic criminals off the street…but also cleaning up the mess left behind by Batman’s one-man war on crime.
Written by critically acclaimed authors Ed Brubaker (Captain America) and Greg Rucka (52, Detective Comics), this Eisner Award-winning series follows the detectives of Gotham City’s Special Crimes Unit as they navigate against the city’s greatest villains—in the shadow of Batman himself. This Eisner Award-winning series is now available in its entirety in this Omnibus edition. Collects issues #1-40.' 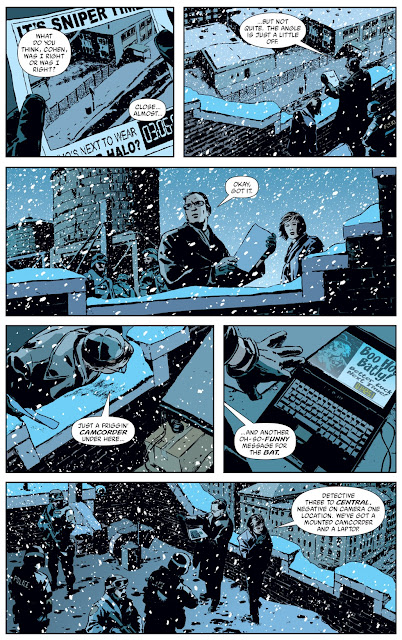 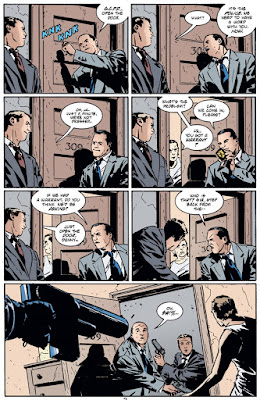