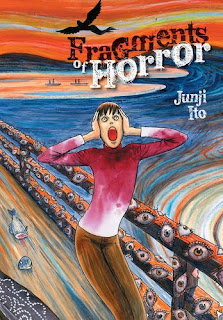 Fragments of Horror by Junji Ito, published by Viz

Eight years after the release of his last comic, Junji Ito makes a return to the uniquely skewy horror comics that brought him international acclaim and recognition. Fragments of Horror ('Ma No Kakera'), collects 8 new short stories that were originally serialised in Nemuki+ and Shikan magazine in Japan in 2013. In the afterword to this book, Ito muses on his time away from horror, on not being as strange as he once was, and getting the feel and instincts for the genre firing again. It's a rust that's apparent in this volume, which reads much like an author trying to work his way way back into the game.

Ito's horror is defined by two things: the pairing of the everyday with the creepily bizarre, and the ability to tease out verisimilitude-lending anxiety and human emotion out of almost any situation and circumstance. The success of his work relies on the cohesion of these two elements. In Fragments of Horror, the first is present, and the second more lacking. The weird facets and scenarios are in place -a woman obsessed with and having sex with a house, another strange bird-like woman feeding lost people in the woods human flesh, and so forth- but the lack of that emotional resonance and landing leads to a lack of impact and connection with the reader. It means the stories often come across as somewhat hollow, unbridged: as weird for the sake of weird, and while you get the sense Ito is trying, that disparity is exacerbated by an absence of belief previously bought about by emotional recognition and investment.

The Whispering Woman, and Tomio, Red Turtleneck are perhaps the most successful stories here, with the former again marrying the plausibly commonplace with a growing unease: an intensely autistic girl in need of around-the-clock special care finally finds somebody who can help her -to an unhealthy degree. But the ratcheting tautness of the carer woman's constant presence at the girl's shoulder (an abused woman finding worth in her job), and the physical toll of her efforts on her corpse-like, withering frame end in a denouement that isn't quite satisfactory, wasting what good has gone before. Tomio finds Ito use another of his favourite tropes, the cheating boyfriend, to bring literal application to the phrase 'keeping your head,' the one story in this volume that elicits a physical reaction as you reach out to touch your neck in reassurance: the young man involved attempts to hold his severed head in place in order to keep it connected to its nerves, but how long until he tires... Men in Ito's world are generally victims of their own inadequacies, while the women are simply more: unknowingly triumphant, freeingly monstrous, present, shallow, beyond assumed needs of characterisation.

Ito's ability to create visceral, visually unsettling images doesn't seem to have dampened, with mouth to mouth flesh feeding, a house blinking into unholy life with thousands of eyes, a dead man cocooned in his sleeping bag with a hallucinogenic mould, all on the menu.  He has a way of drawing pallid, strung-out people even in black and white, and while his figures look stiff, he's able to dramatise expressions -from tired eyes to rictus grins- to adequately serve conventional genre purpose. It doesn't help, however, that a few of the scenarios feel familiar, and when taken in comparison to Ito's older short stories, such as the superbly disturbing and lingering The Enigma of Amigara Fault, for example, it's difficult not to note how these offerings come up, well, short. That story is a benchmark in even Ito's outstanding oeuvre, building suspense and trepidation beautifully. The  initial curiosity that such a thing should, or could, exist in the first instance, and then the inevitablity of not being able to resist going into those holes tailored to fit you, and the slow, tangible tension of it. All coupled with the very real undercurrent of people looking for a place and meaning sometimes finding it in harmful ways. So the problem certainly isn't the more compact format, but that the stories in Fragments of Horror feel like blunt veneer; missing the bite and tightness of Ito's better work. Ito trying to do Ito, and not quite succeeding. 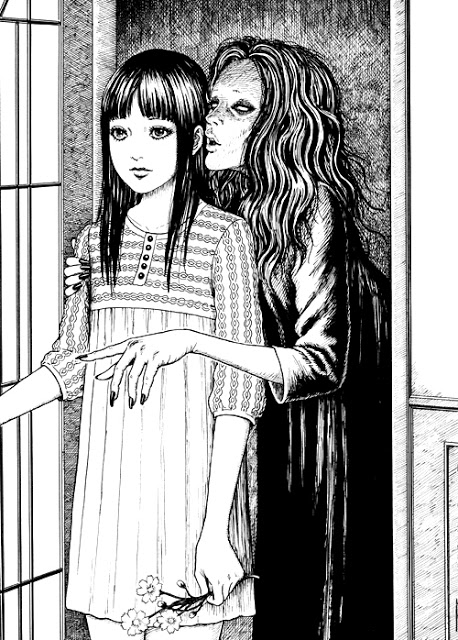 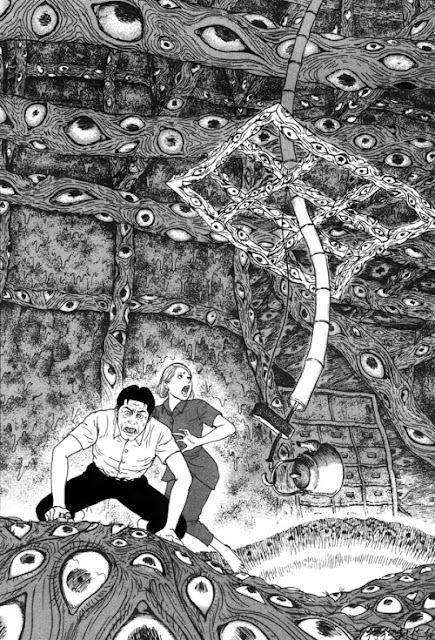 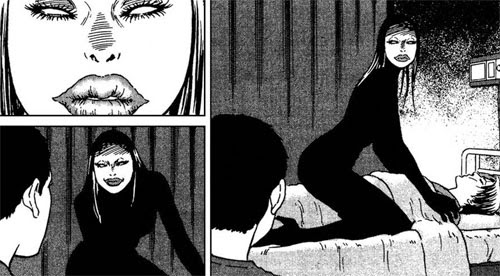