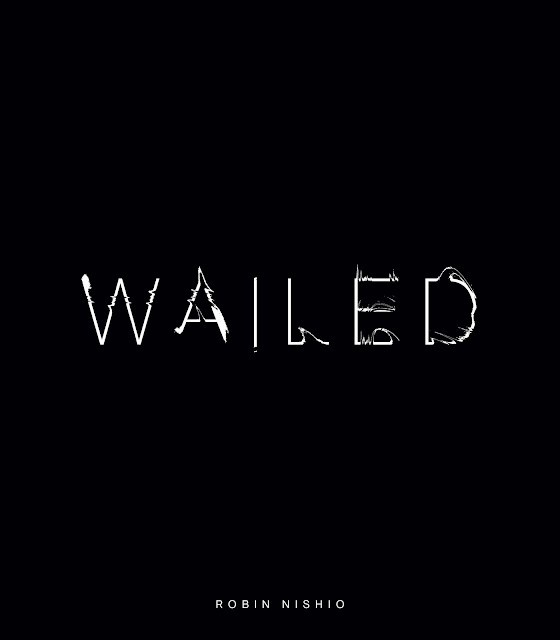 I met Robin Nishio briefly at the Toronto Comic Art Festival in May this year. I'd bought some original art from the excellent Hellen Jo, and was on the hunt for something to adequately package it in, so it could make the journey home unblemished. I left the piece at the Koyama Press table, and when I returned at closing time to collect it, it was securely ensconced inside a make-shift brown cardboard sleeve: 'Oh, Robin put that together from a box,' somebody told me. I stood chatting to various people as books and tables were cleared away, and Robin turned up, so I took the opportunity to thank him for his kindness and innovative wrapping. Most of the ensuing conversation was taken up with swapping airport security tales, and a wonderment at the litany of rules and checks and items that may or may not be allowed to pass, but at some point he mentioned he had a book due for release with Koyama in the winter. 'Is it a comic?' I asked, while a triple-denim clad Michael DeForge ignored me in the background. 'No,' he replied. 'It's a photography book.' At which point we were interrupted and the details of said book remained a mystery. Well, no longer.

Due for publication this November, Nishio's book, Wailed, is an 80-page black and white album collating portraits, people, moments, and spaces from the contemporary cartooning scene. Karaoke moments, catching naps in between events at festivals, fashion choices, work stations, food, bodyparts, and more, are all clicked and captured as a range of familiar faces flit past: Ginette Lapalme, Jillian Tamaki, Lala Albert, Patrick Kyle, Jane Mai, Angie Wang, Michael DeForge, Edie Fake, Hellen Jo, Ryan Sands, Christopher Butcher. There is nary a comic in sight, as Nisho looks to convey personalities, atmosphere, the quiet, behind and beyond the scenes, and Wailed is a stronger work for the specificity of that scope: a focus on the enviably talented, largely Canadian, alternative comics scene. There have been a few dotted efforts to collect and document some of the rich and varied history of comics and its people via photography -Jackie Estrada's Comic Book people volumes and Chris Anthony Diaz's consistently excellent work come to mind- and Wailed looks to be a distinctly modern yet lasting contribution to that oeuvre: 'Comics are often associated with the past, but this is a document of their future.'