With pound in hand: August comic and graphic novel releases

Here we go- picking out the cream of this month's releases, in graphic novels, collected editions and anything else notable. August is a bit thin on the ground in terms of what's coming out, most likely because it's sandwiched between the high profile summer and gearing up for holiday season periods. So no pick of the month, but there are still a few books out which I'm interested in reading and giving a look. 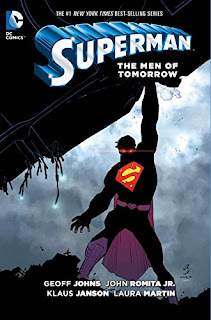 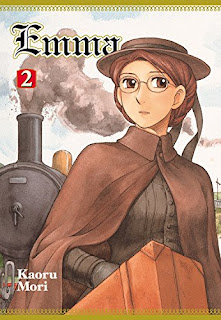 Superman vol 6 The Men of Tomorrow by Geoff Johns, John Romita Jr, Klaus Janson, Laura Martin, published by DC: It's been a long, long time since I read a Superman book, or even a DC book at least not anything from the current stable. You may heard of this run (which collects issues 32-39) as the one in which Superman gets his new powers -a sonic boom of some sort, but my curiosity has been more piqued by John Romita Jr's depictions of Batman here: relaxed, smiling (in a non-creepy way, and acting as normal as man in a bat costume gets to act). It's rare that you get an iteration of Batman where he appears comfortable with himself and not mired in constant internal conflict, and from the bits I've seen online, this is some of Romita Jr's better work. I've always been a big fan of the Superman/Batman friendship and juxtaposition, so I hope this lives up to some of my expectations. The story itself revolves around the introduction of a new character, Ulysses -the Man of Tomorrow, who appears to share many of Superman's experiences.

Emma volume 2 by Kaoru Mori, published by Yen Press: I appreciate a good, no thought-required, ticks-the-boxes romance, and Kaoru Mori's Emma fits the bill. It's set in Victorian London and the tentative relationship between a young maid, Emma, and the very wealthy William Jones. Mori's obvious Anglophilia is more enthusiastic and idealised than it is faithful (particularly in the portrayal of an Indian prince friend of William's, who comes to stay complete with elephant and concubine entourage), but the pace and turns the story took in the first omnibus edition were well-executed and often strongly devised. 'Not wishing to cause a scandal within the Joneses' household, Emma chooses to make a clean break from her old life and takes a train to the sea. As chance would have it, Emma finds herself sharing a car with another maid, who serves at a large manor in the country. A big house bustling with servants seems an ideal place at which to move forward after losing her mistress and leaving her love back in London. Learning the precise dance of domestic service in her new environment is a welcome challenge, but how long can hard work divert Emma's mind from the longing of her heart?' 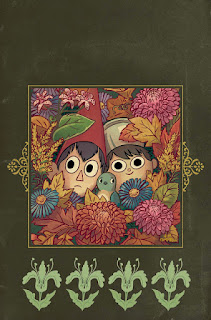 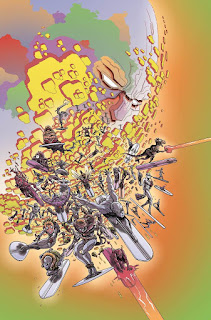 Over the Garden Wall by Patrick McHale and Jim Campbell, published by KaBoom!: The new 4-issue Over the Garden Wall mini-series begins publishing this month, with a story that between the third and fourth episodes of the award-winning animated series. 'Wirt and Greg are trying to hitch a ride out of schooltown but end up having to walk. Soon, they come upon two girls playing, and wind up having to keep them entertained so that they don’t wake their giant of a father!'  Over the Garden Wall is a wonderful 10-episode cartoon series created by McHale, which aired on the Cartoon Network last November, as somewhat of a landmark as the network's first original animated miniseries. Centering around half-brothers Wirt and Greg the two become lost in a strange forest called the Unknown, and in order to find their way home, must travel across the apparently magic forest, with the dubious help of the is-he-friend/is-he-foe old Woodsman. and Beatrice, an irritable bluebird. It will be out on DVD this September, and is really utterly charming, odd, and excellent for anyone who hasn't seen it yet. Boom issued a one-shot comic in conjunction with the series airing last year, and this mini-series written by McHale himself, promises to be similarly good.

Battleworld #4 by James Stokoe, Peter David, Danile Valadez, published by Marvel: Before you ask me 'Zainab, what is this random issue doing on this list?' I would remind you this is the comic in which James Stokoe is writing and illustrating a ten page Silver Surfer story which he described thusly in our interview: 'It's Norrin Radd in ancient Egypt, and he fights a big Fin Fang Foom crocodile monster with the Juggernaut, who plays a Hercules stand in.' Take that, keep in mind Stokoe's previous rather good Silver Surfer comic for Strange Tales, and then add this image, and you're probably now as excited as I am. The issue also contains a second Silver Surfer story by Peter David and Daniel Valadez. Regular cover is by Franceso Francavilla; the Stokoe cover shown here is a variant. 'The Silver Surfer of  Egyptia must gather silver for the giant sphinx in the desert or else he’ll be doomed to wander forever!  The Maestro has something Silver Surfer wants and he’s not giving it up without the fight of the century!' 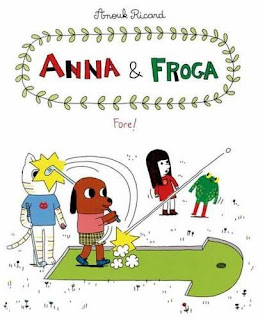 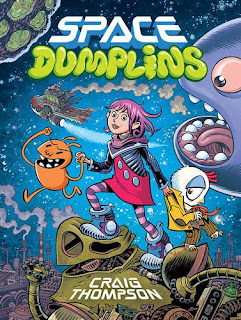 Space Dumplins by Craig Thompson, published by Graphix: While I like Thompson's art, the major books of his that I've read -Blankets, and Habibi- have failed to impress. I wasn't particularly keeping an eye on Space Dumplins, his first work created for a younger readership, but this multi-page preview changed that. The resolution there isn't great, and although I've not had the time to read it yet, I received an advance copy in the post and the colours and art look fantastic in the flesh. 'For Violet, family is the most important thing in the whole galaxy. So when her father goes missing while on a hazardous job, she can't just sit around and do nothing. Throwing caution to the stars, she sets out with a group of misfit friends on a quest to find him. But space is a big and dangerous place for a young girl, and when she discovers that her dad has been swallowed into the belly of a giant planet-eating whale, the odds looked stacked against them...'

Anna and Froga vol 4 Fore! by Anouk Ricard, published by Drawn & Quarterly: My favourite gang of one girl and her bunch of animal friends scamps returns for more fun and guileless mischief. If you're not onto these yet, each book includes a collection of short comic stories and strips which Ricard interpolates with pictorial spreads, and are immensely funny in a very caustic yet childlike manner. I buy the books for myself, but read them with my 5-year old nephew and he's fascinated by them. Hugely popular in their native France, I'm pleased to see Drawn & Quarterly continue to translate the series. 'It's time for another round of fun and games - ok practical jokes and pranks - with Bubu, Ron, Christopher, Anna, and Froga! In Anna and Froga: Fore!, Christopher has a crush on someone in his piano class, Bubu sets out to prove himself an ace golfer, and Ron has a close encounter with a lifeguard.'

Also releasing: Hellboy and the BPRD 1952, The Bind by Willian Goldsmith, Art of Satoshi Kon, Assassination Classroom 5
Posted by Zainab at 16:05