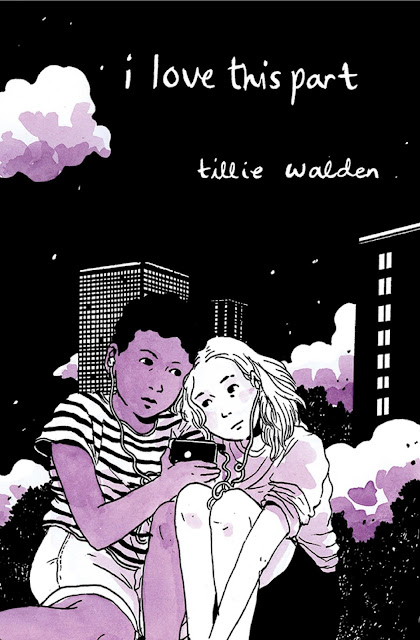 Tillie Walden will be following up her hugely impressive debut comic book, The End of Summer, with a new work, I Love This Part, this November. Set to release at the Thought Bubble comics festival in Leeds, where Walden will be in attendance, the book will again be published by rising British comics imprint Avery Hill. I've not had the opportunity to sit down and give proper consideration to a piece on The End of Summer (although I hope to do so before Thought Bubble), an atmospheric, quasi-fantasy centering on a curious family closed in in a huge castle, but suffice to say it was one of the most excitingly assured debut books I've read in a long while. Readers may be familiar with Walden's work via a popular comic published online via her Tumblr, in which two young girls connect over their love for the cartoon show, Steven Universe. It's always thrilling to discover new comic creators, and what's so exciting about Walden's arrival on the comics scene is that her work, ideas, and style already feel quite whole and developed, making it fresh, yet familiar in level of quality.

As you can see from the (non-consecutive) preview images released by Avery Hill, I Love This Part focuses on the relationship and connection that grows between 2 young girls slogging their way through school in a small American town, as they watch videos, share earbuds, play each other songs, and exchange their stories. Walden's a remarkable emerging talent, and if you're going to be at Thought Bubble, I'd put this and The End of the Summer at the top of your list of things to check out. For readers in the USA, Avery Hill and Retrofit Comics recently announced a transatlantic deal that sees each outfit distribute the others books, which means Walden's books will be available on the online Retrofit store (The End of Summer is already listed). 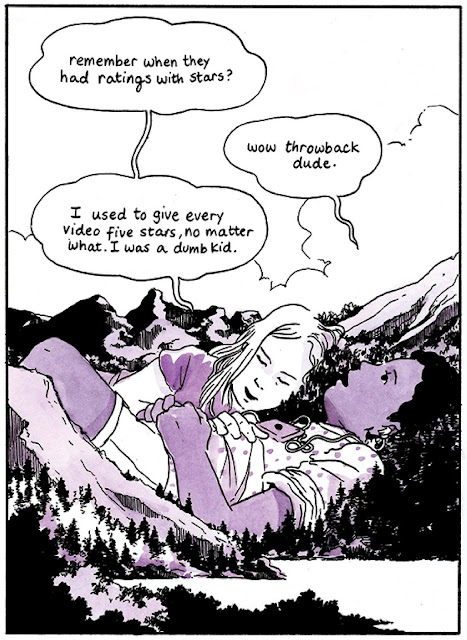 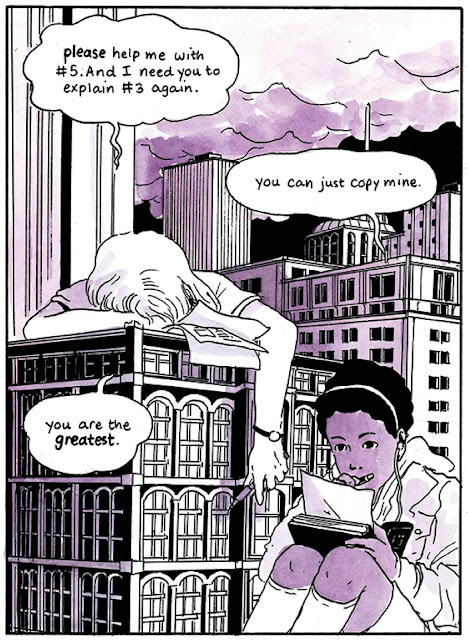 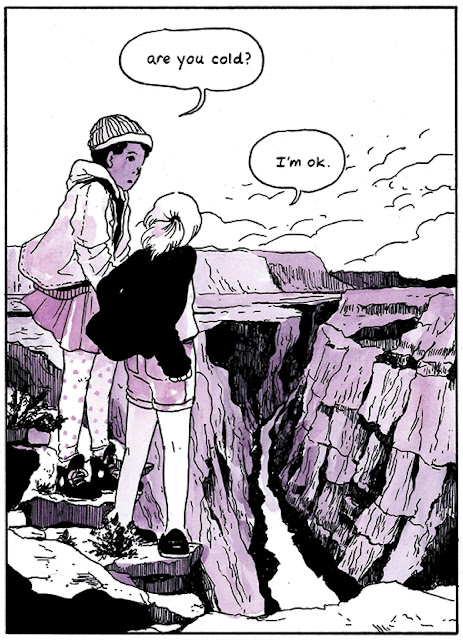 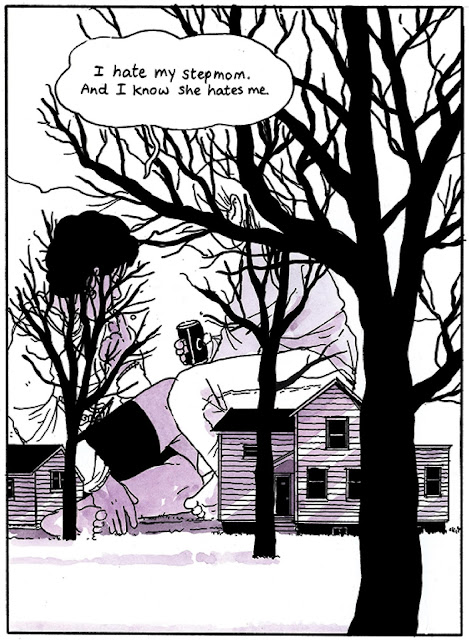 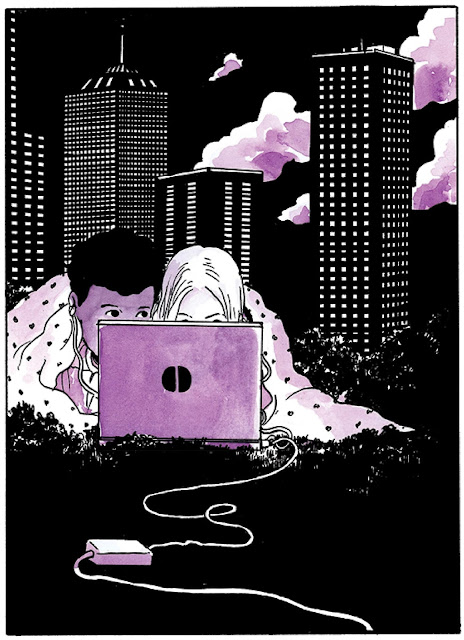