Paul Maybury's been sharing a bunch of his comics over at his Tumblr: both published work and unseen, ongoing projects that are in the gestation process. I became a fan of Maybury's art when I read 2008's Aqua Leung, written by Mark Andrew Smith, and then picked up D.O.G.S of Mars on the strength of that. He's done various short comics and series, including work on Josh Tierney's Spera, last year's Sovereign -written by Chris Roberson (which I bought a few issues of), and he's currently working on the Image series Valhalla Mad with Joe Casey.  I like Maybury's style a lot; it's very clean even when he goes tight  and visceral with lines and detail, and depending on the colourist, it can build atmosphere and tone really well (a Paul Pope flair that's able to carry emotion better). He has that ability to simplify and go more clear and European. One of the aspects that sometimes strikes me about his art (and Sovereign is a good example here) is that the switching up between these broadly defined areas: having a brightly coloured, almost ligne claire style, and then going both thicker and looser, doesn't always translate- appearing as a lack of control in line and style. I'd really like to see a book where his work clicks with the story fully- something that last seemed properly utilised in Aqua Leung and D.O.G.S of War.

One of the comics Maybury's shared on his blog is a project called Mega Maxy J. Millionaire. He's posted over 12 full-colour, lettered pages of it, including rough pencilled work, character designs, and pin-ups: 'Mega Maxy J Millionaire post with the lost Maxy pitch, seen here for the first time in its entirety. I’ve included some fun extras and bits of the different rough drafts. Maxy J. Millionaire has been a passion project of mine throughout the years, but has never found a home with a publisher. Maybe it’s time for a Maxy kickstarter?' As with most of Maybury's art, it looks attractive, and reads promisingly as well. It's unclear whether Maxy is actually human (he is tiny), but he seems to have some sort of demanding set-up with Roxanne, who he lives with and their changing dynamic is a point of pressure that sees him pack his bags and leave home. Except that he doesn't seem aware of reality much at all... It's a ripe set-up for travelling adventures, and hopefully there's a bit more inventive depth to Maxy and his background- I'd like to see where it all goes. 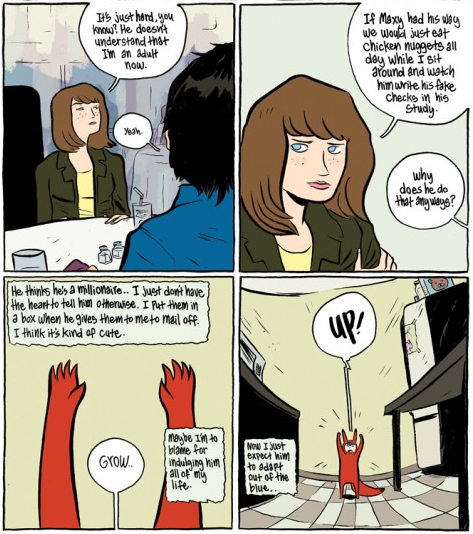 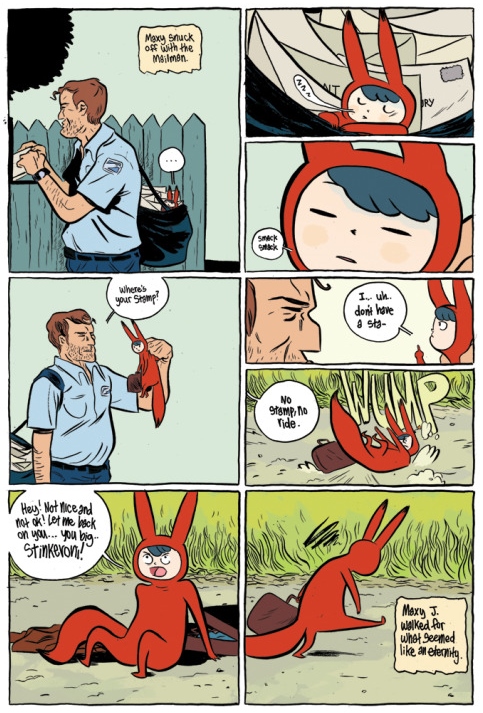 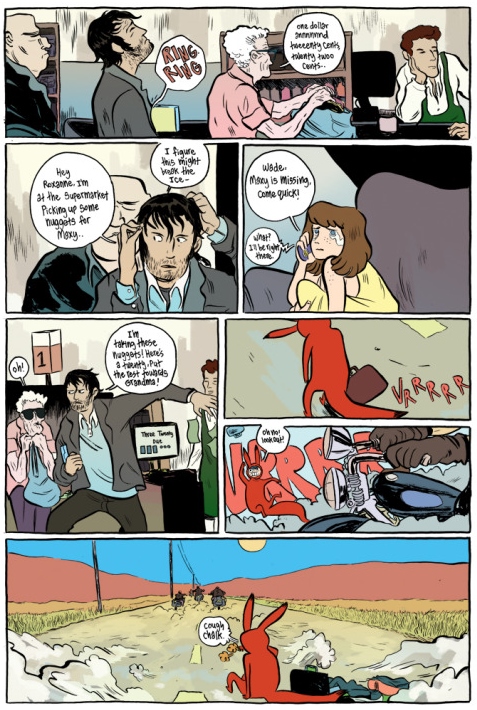 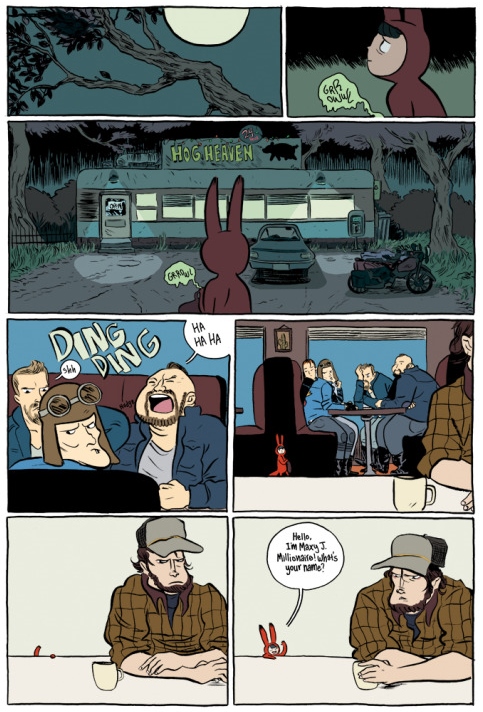 Maybury's also posted his full Spider-Man short story from Strange Tales 2, which is great, and a short Alien comic, some of which is shown below; the entirety of which you can read here. 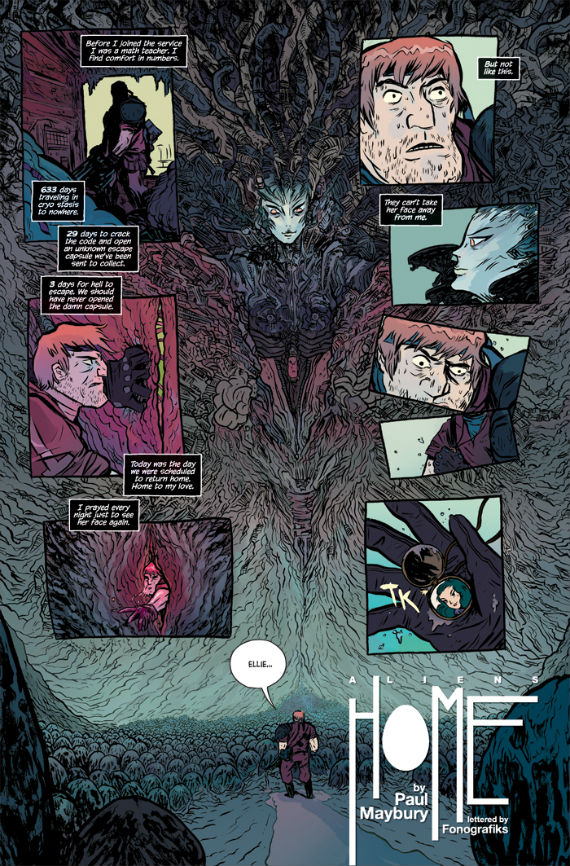 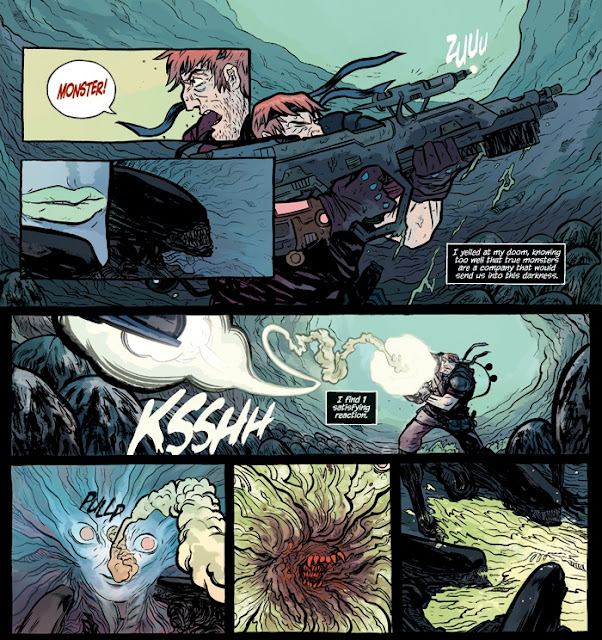