kuš announce new line of long-form comics, to debut with Roman Muradov's 'The End of a Fence' [preview] 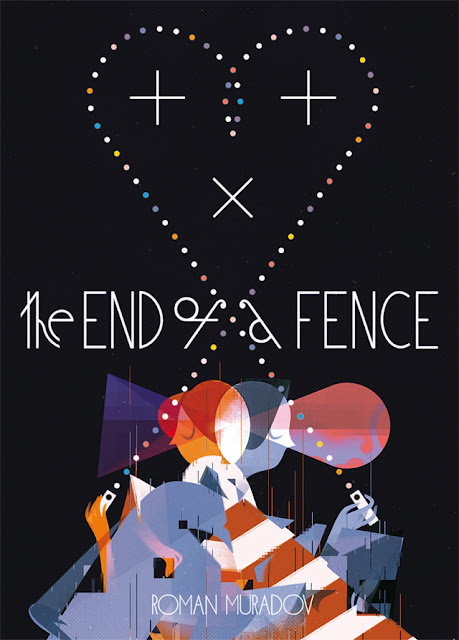 Latvian publishers kuš have built a stellar reputation amongst the international comics community for their exceptionally-curated s! anthologies and 'mini-kuš' mini-comics. A commitment to seeking out and working with a range of diverse talent from around the globe has resulted in an ever-growing audience, who take satisfaction in the colourful, compact delights provided in the pocket-sized books. There's something appealingly tangible about holding a saddle-stitched mini-kuš in your hand, and preparing to immerse yourself in new discovery via this small window of creativity. kuš aren't resting on their laurels, however, but looking to build their stable even further; the next few weeks will see the publisher embark on the latest chapter of their journey as they release their first long-form comic, The End of A Fence by Roman Muradov.

This is Muradov's first wholly digital work (and no less excellent for it), with the single-page illustrations typically evocative and stylishly beautiful; as puzzling, impenetrable questions are posed. 'What if we were segregated by compatibility? What if we agreed on everything, from haircuts to philosophy? What if we had no sides to take? What would remain in the middle?' Muradov describes it as 'inspired by J.G.Ballard, Ai Weiwei, Jonathan Monk and all the recent horrors in the news. Imagine a community willfully segregated by OkCupidish algorithms… or don’t–I did it for you!'

What's most exciting is that Muradov's 100-page book is the inaugural comic in what is set to be a new line of long-form comics from the publisher, something  kuš co-editor, David Schilter, says they've been considering for a while: 'We wanted to finally publish a longer work by one of our Latvian artists, but then we got our hands on Roman's story and it felt perfect to publish it as the first slightly longer story than we do in the mini kuš! series and the š! anthologies, no matter Latvian or not. So we're very excited to do something quite a bit different and new. For the next year we're thinking of publishing 2 [long-form comics] and then up to 4 per year. But we don't have a strict plan yet. We'll have to see how it works out with the first book and then decide. We do hope that it will go well and maybe we will be able to publish even more authors.'

-What is it about Roman's work specifically that led you to approach him as the first to do this book together?
DS: We published a short story by Roman three years ago in our "Artventurous" issue and we've been fascinated by his work ever since. His drawings and the way he tells stories are very unique and therefore a perfect fit for us as we try to look for artists with a special approach to the medium. The way we picked Roman to make the first book was quite unexpected though - somehow the book fell into our laps without expecting it. We actually invited Roman for our "Fashion" issue that came out this summer because of his very fashion-conscious comics. Somehow his story got a bit out of hand and we liked it so much, that we proposed him to make a book out of it. And we're very glad he did.

-kuš! have an incredibly strong tradition of curating interesting artists for the anthologies and mini-kuš!; is it a bit more difficult narrowing that down and selecting the cartoonists who you want to do longer-form work with?
DS: Thanks! Yes, it's difficult indeed. We constantly have about 50 artists in mind, with whom we'd love to collaborate. For the anthologies it is easier to narrow it down to around 20 than for this series, where it will be one artist making something longer. Thanks to publishing the anthologies and mini kuš! for a while, we now know many artists with whom we could work on a slightly bigger book.

-Did you consider maybe printing the book at a larger size (the small size is very physical and good for portability and sharing etc. but was wondering if a chnage had crossed your mind)?
DS: Not for this specific book. We think that the tiny format will be perfect for this work and we'll have a very beautiful little book. In general we do think once in a while about making bigger books as well. And we've done bigger format kuš! anthologies some years ago. As the feedback we received from our readers was that they like the strange tiny format better and as it suited the stories created for the anthologies we focused on that. There are plenty of bigger format books published already, right? The small format in a way is unique and unusual for comic books, but we are fascinated by it as there is still a lot you can do within the format and maybe sometimes it gives a good challenge for the artists to try something new or unexpected while figuring out how to work in it. So, we'll probably continue making tiny books for a while. Nevertheless, it's definitely important that the comic and the format suit each other, so, we are open to bigger books as well.

The End of Fence is now available for pre-order here. 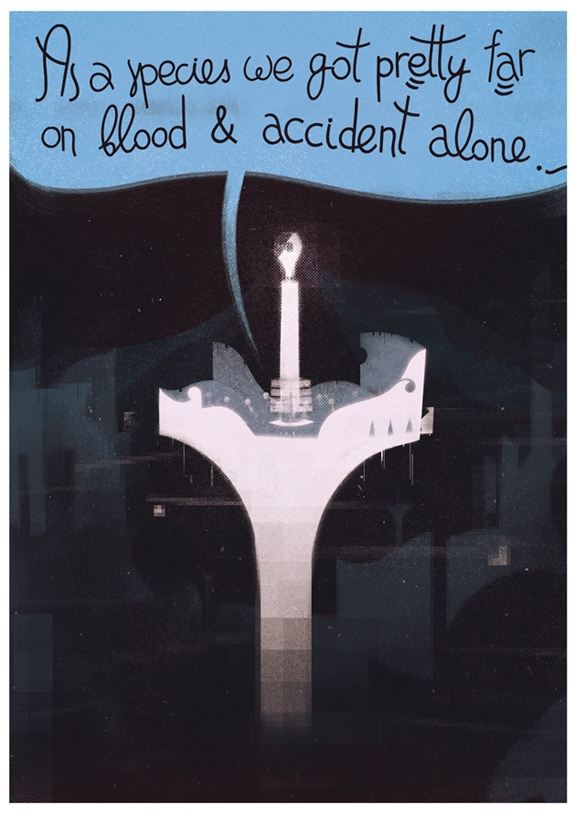 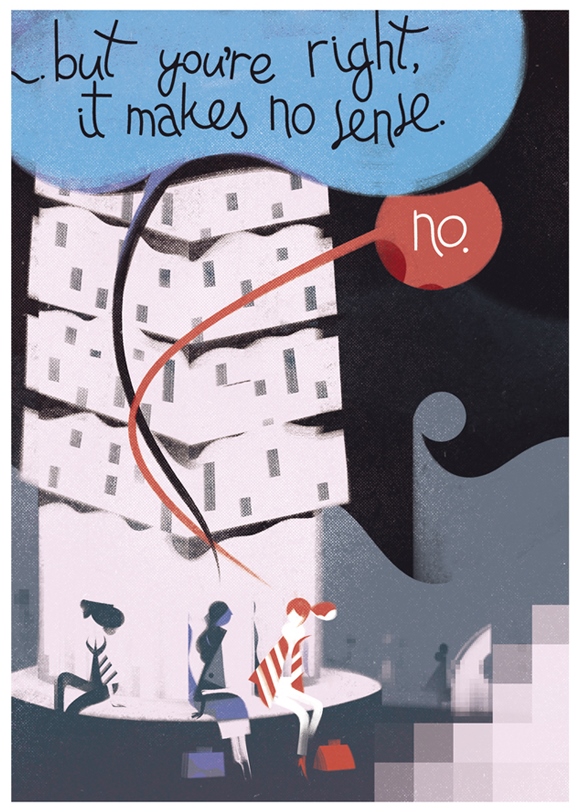 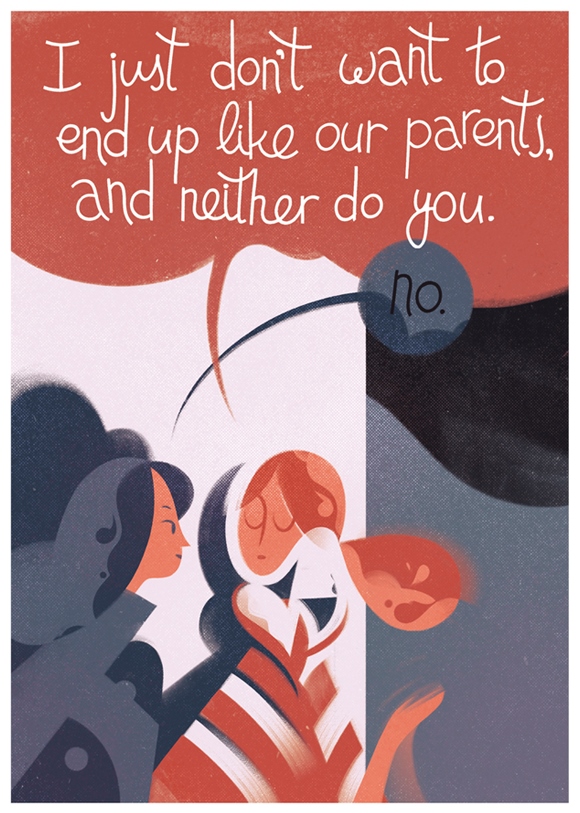 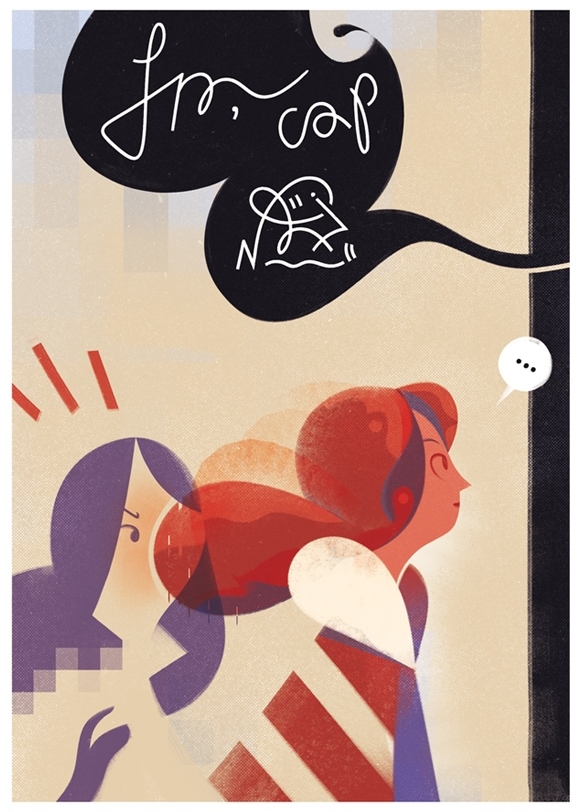 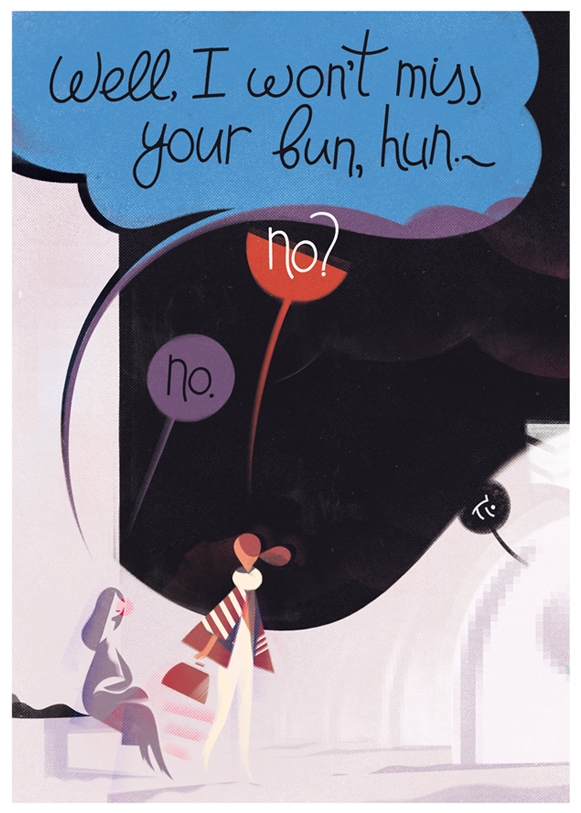 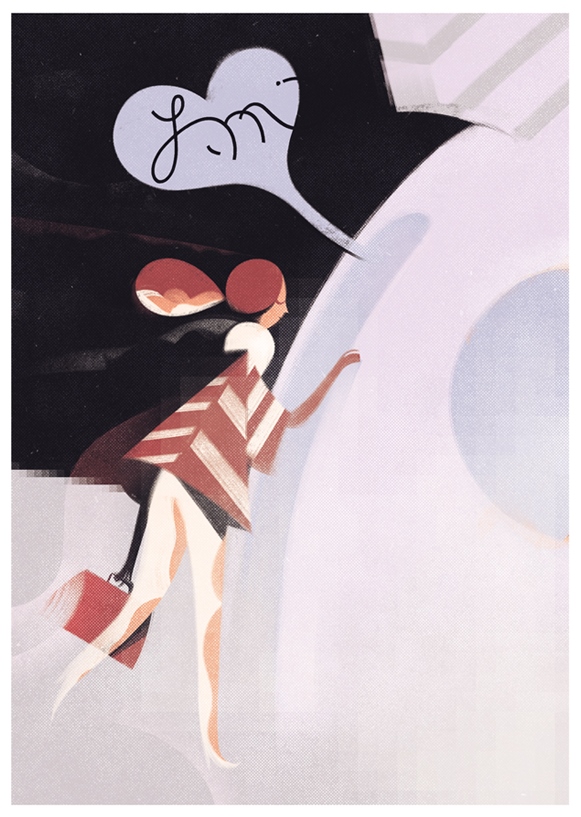