With pound in hand: November comic and graphic novel releases

Picking out the cream of this month's releases, in graphic novels, collected editions and anything else notable (please note- release dates are subject to change). 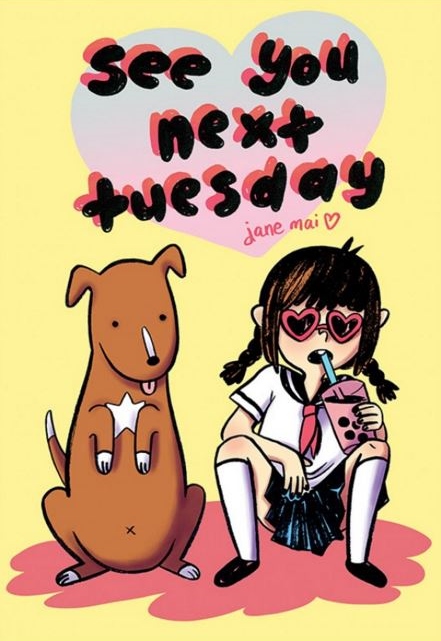 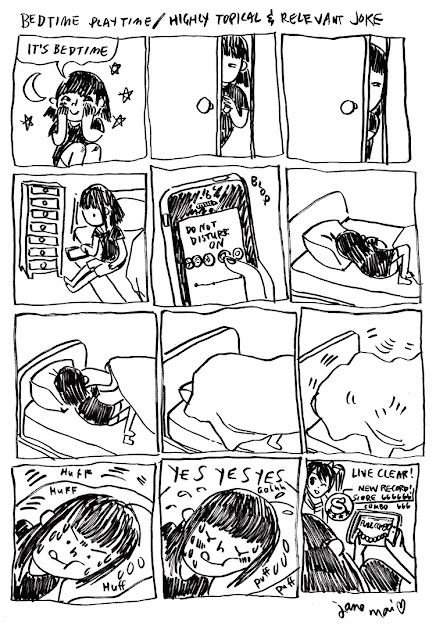 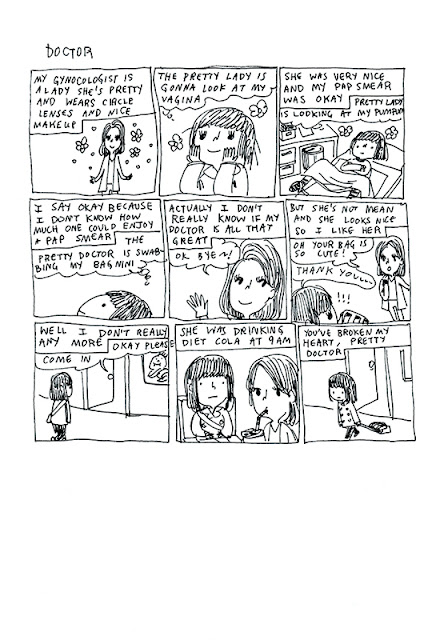 PICK OF THE MONTH: See You Next Tuesday by Jane Mai, Koyama Press: This 128 page collection from Jane Mai is at the top of my list this month, as I'm always eager to read anything she puts out. Mai's comics combine biographical elements with fiction, observations, and pop culture references; a pithy mixture of humour, melancholy, and drama. I like how quick and expressive her style is, too. From her harrowing account of depression Sunday In the Park With Boys, to her soapy-with-an-edge Nurse Janey comics; from the Animal Crossing world-set Pond Smelt, to Soft, her contemporary reworking of Le Fanu's Carmilla, Mai has proven herself an immensely capable cartoonist, and one any comics fan should be aware of. 'This collection of diary comics features the ennui and wee of twenty-something Jane Mai whose emotions and art traverse the high and low. Moments of visual poetry and heartbreak are interspersed by bad body hair and bathroom disasters; much like life.' 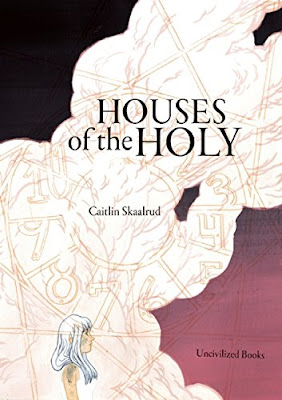 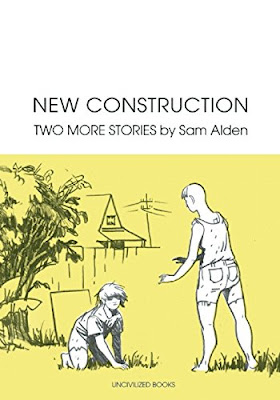 Houses of the Holy by Caitlin Skaalrud, Uncivilzed Books: I've only read a few mini comic from Caitlin Skaalrud, obtained while the excellent Impossible Books was still up and running, but it was enough to make me interested in any further work from her. Houses of Holy follows a young woman attempting to reform herself by journeying into the depths of her psyche in order to repair it. This Dantean journey sees each stage/level deployed with a macabre installation of everyday objects and animals (dead and alive) arranged in occult patterns- 'Abandoning the false self leads her through despair, self-surrender, and an encounter with the inner void.' I don't know that that's the best blurb that could have been given to the book, but I'm curious to see what it's like.

New Construction by Sam Alden, Uncivilized Books: Sam Alden comics are tough to get hold of in print and it looks like he and Uncivilzed Books have developed a relationship that is leading to those works being collated and published over time. This is describe as a collection of 2 new stories: Household, and Backyard, but both these have seen publication in 2013- on Alden's site (and in a limited print run at SPX) and Backyard in a print, mini-comic edition from Sonatina Comics reviewed here. However, the version of Backyard presented here features a new, previously unseen ending. Both are excellent stories and hopefully this book will help bring them to a wider audience. 'In “Household,” a brother and sister deal with divergent memories of their father and grow closer than ever. In "Backyard," Vegans and anarchists share a house, small dramas and bizarre transformations.' 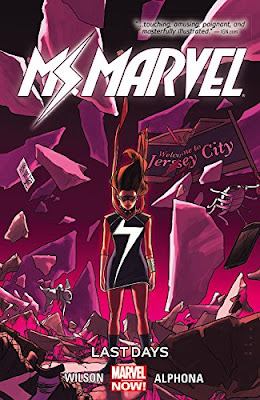 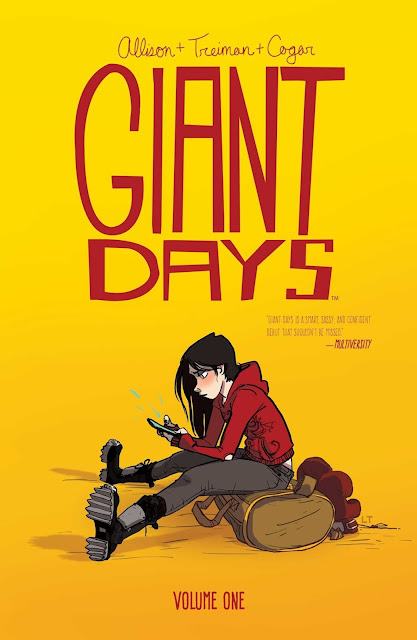 Giant Days vol 1 by John Allison, Lissa Treiman, and Whitney Cogar, Boom!: Giant Days has been such a success for Boom that it got bumped up from a 6 mini-series to a 12 issue series, and is now an ongoing comic. Which I'm very happy about, because John Allison deserves all the success he gets. 'Susan, Esther, and Daisy started at university three weeks ago and became fast friends. Now, away from home for the first time, all three want to reinvent themselves. But in the face of hand-wringing boys, “personal experimentation,” influenza, mystery-mold, nu-chauvinism, and the willful, unwanted intrusion of “academia,” they may be lucky just to make it to spring alive. Going off to university is always a time of change and growth, but for Esther, Susan, and Daisy, things are about to get a little weird.' I am less enthusiastic, however, on the growing practice of trade paperbacks collecting 4 issues for the same price.

Ms Marvel 4: Last Days by G. Willow Wilson and Adrian Alphona,  Marvel: This fourth volume is the end of an arc in a manner of speaking, as most Marvel books are being given issue #1s post the Secret Wars event. I've been reading this as the trades are released and am still enjoying it, although I'm unsure how much of this is affected by Secret Wars- always tend to be suspicious of those huge universe-spanning events and the impact they have on individual titles.  'From the moment Kamala put on her costume, she's been challenged. But nothing has prepared her for this: the last days of the Marvel Universe. Between teaming up with her personal hero, Carol “Captain Marvel” Danvers, to rescue her brother and trying to keep her city from falling into an all-out frenzy, Kamala has barely had time to come to terms with the fact that the world is literally collapsing around her. But the truth will catch up to her, and soon. When the world is about to end, do you still keep fighting?' 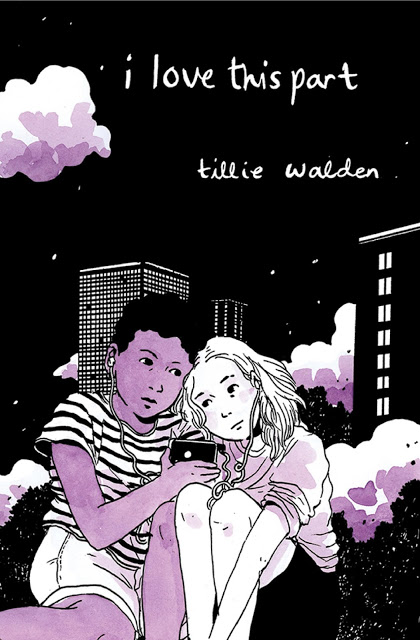 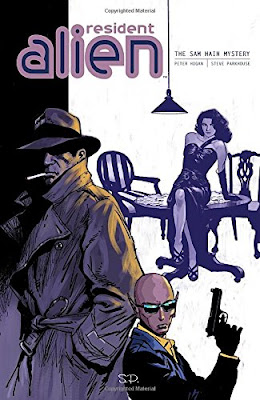 I Love This Part by Tillie Walden, Avery Hill: I Love This Part focuses on the relationship and connection that grows between 2 young girls slogging their way through school in a small American town, as they watch videos, share earbuds, play each other songs, and exchange their stories. You can see a preview of it here, where I also wrote about what makes Walden's work special: 'Readers may be familiar with Walden's work via a popular comic published online via her Tumblr, in which two young girls connect over their love for the cartoon show, Steven Universe. It's always thrilling to discover new comic creators, and what's so exciting about Walden's arrival on the comics scene is that her work, ideas, and style already feel quite whole and developed, making it fresh, yet familiar in level of quality.'

Resident Alien 3 The Sam Hain Mystery by Peter Hogan and Steve Parkhouse, Dark Horse:  There's an aspect of comfort reading to Resident Alien; solid unshowy comics set in a quiet town which serves as surrogate home and hiding place to stranded alien explorer Dr. Harry Vanderspeigle. I usually trade-wait to read this, but it was a selection on the comics critics roundtable in which I participated so I can attest to its quality. Harry finds himself intrigued by the old mystery of a local crime-writer who dropped off the scene. Things are made murkier when the discovery of an old briefcase casts a new bent on proceedings.  It fulfills my crime genre needs and expectations nicely. 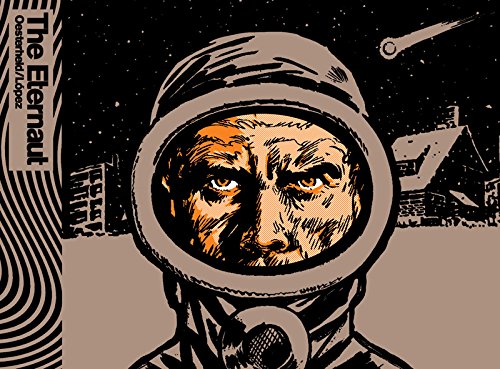 The Eternaut by Héctor Germán Oesterheld and Francisco Solano López, Fantagraphics: Originally published in serialised strip format that ran from 1957-59, Fantagraphics  releases  a collected edition of the seminal Argentinian science-fiction comic El Eternaut in English for the first time. 'Juan Salvo, along with his friend Professor Favalli and the tenacious metalworker Franco, face what appears to be a nuclear accident, which quickly turns out to be something much bigger than they imagined. Cold War tensions, aliens of all sizes, space—and time travel—this one has it all.'