Two end-of-year lists for you (largely because the opportunity to flag up some excellent comics is too much to resist): a brief compilation of 10 of my favourite pieces that I wrote this year; selected on the basis of how the writing turned out rather than anything to do with what was being discussed. And following that, a list of 25 (didn't set a specific number, but came to this organically, which was nice) comics that stood out for me in 2015: in terms of enjoyment, interest, and quality.

Writing -especially on a day-to-day, nose-to-the-page basis- can be incredibly frustrating, but looking back at the past 12 month's output has helped, in that some degree of improvement seems to have actually taken place! Which is encouraging. As this is most likely my final piece of 2015, I'd like to sincerely and deeply thank everyone who supports, and has supported, Comics & Cola on Patreon. I'm currently using the money to hire Kim O'Connor to write a monthly column, and am super excited to announce that Sloane Leong will be serialising a new comic, Maps to the Suns, exclusively here in 2016.  A new chapter of the comic will be published on the blog each month, and be available to Patreon supporters a week early. I don't know if it's an achievable goal, but I'd love to harness greater support and be able to do more of these things on the blog -gather excellent writers and cartoonists and make this a home for a focused range of comics and criticism. Having autonomy is the most important thing to me, and money definitely helps with that. Thank you so much.

I've bunched in everything together on the comics list in no particular order- webcomics, ongoings, collected editions, translations, whatever! I want it to serve as a reading guide/list more than anything; I like that function and it's what I've always used these kind of lists for. The majority of the comics here I have either reviewed/written in depth about- so if you'd like to know more about a specific one, simply click on the title and it should lead you through to the associated piece (a number of these were published for The AV Club, and will take you there). In some cases, I've linked to the comic itself (if it's been posted online), or a place that can provide you with further information. See you in the new year. 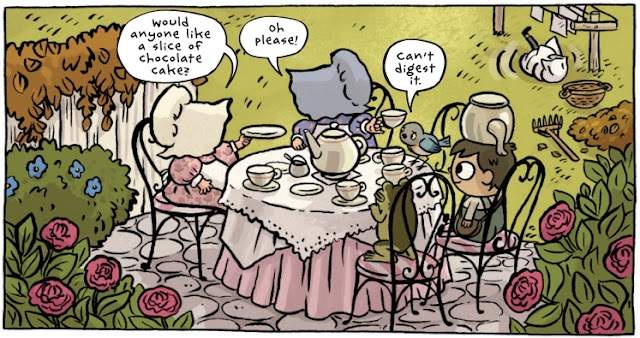