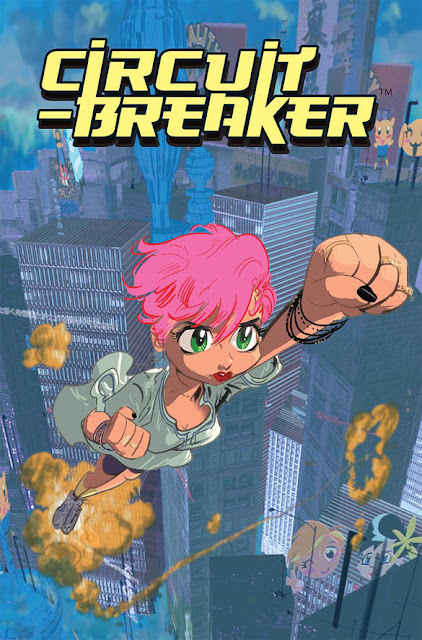 Originally announced back in 2012, Kyle Baker's and Kevin McCarthy's Circuit Breaker has popped up on Image's March 2016 solicitations as a 5-issue mini-series, the first installment of which will be published on March 16th. Circuit Breaker sounds largely comedic in tone, which tends to serve Baker's abilities very well: 'When the heroic robots that saved Japan during World War IV are outlawed, they turn against mankind, waging a campaign of terror across the last city on Earth. Their creator builds one more soldier—disguised as his teenaged granddaughter—and tasks her with dismantling the marauding mechanical militia. But as she begins to question her programming, will she be the last hope for humanity, or the final nail in our coffin?' This old blogpost from Baker details the Tezuka and various manga and anime work and styles he's been referencing and playing around with, as well as showcasing some a number of pages and illustrations. It'll be interesting to see what the final book looks like, but there's always a vim and freshness to Baker's art that makes it irresistible.

While that story blurb isn't totally hooking me in, I'm excited for this simply to see Kyle Baker working on a full-colour, print comic again. I didn't come across his work until a couple of years ago when I read Why I Hate Saturn, You Are Here (which I could look at forever), I Die At Midnight, The Cowboy Wally Show, Nat Turner, King David, -all of which affirm him as one of the greats. His 20-issue run on Plastic Man is unequivocally regarded as superb, and was recently made available digitally on Comixology (the two trades, On the Lam, and Rubber Bandits, are sadly out of print). There's often discussion within comics of 'pushing the boundaries of the medium' and innovation, but Baker's name is hardly ever discussed in relation to doing exactly that. The things he was doing in comics still feel fresh, and the way he took and blended from other mediums to create comics that were still comics but provided such a different experience, still hasn't really been caught up to today. If Circuit Breaker results in more people being aware of who Baker is, and moving to seek out his work, then that's a win. 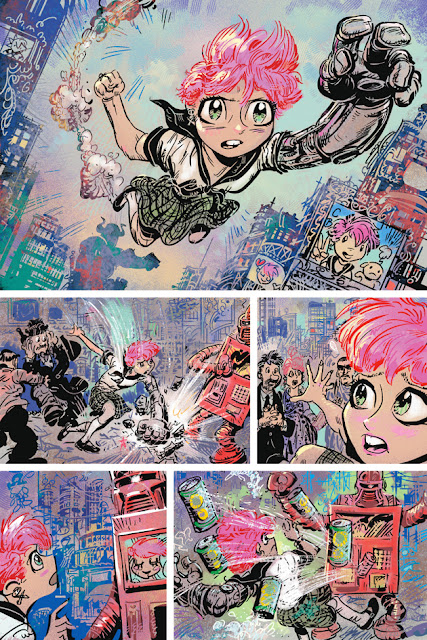 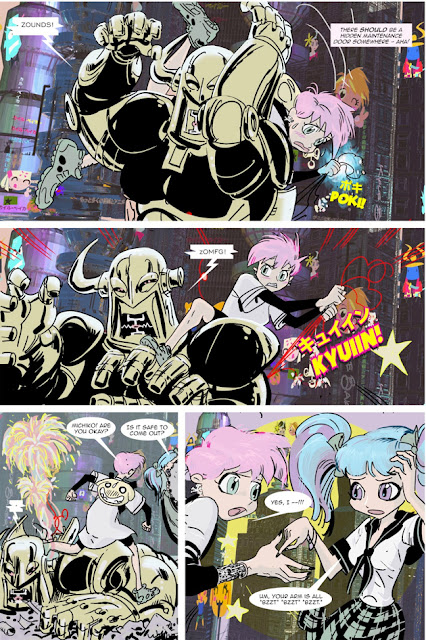