With pound in hand: December comic and graphic novel releases

Picking out the cream of this month's releases, in graphic novels, collected editions and anything else notable (please note- release dates are subject to change). 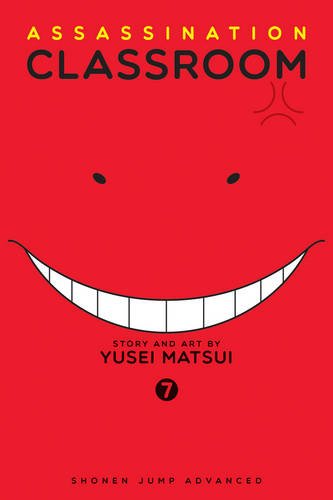 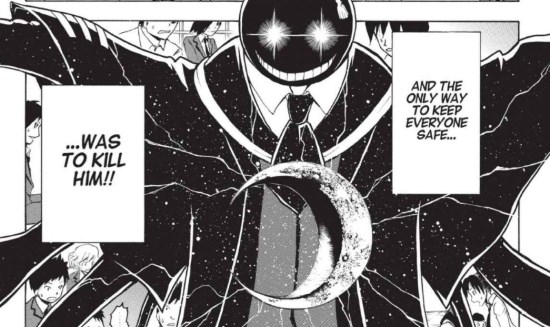 PICK OF THE MONTH: Assassination Classroom 7 by Yusei Matsui, Viz: December can be a sparse month for new releases - everything's usually out pre-holiday rush to ensure maximum visibility and availability- but there are still quite a few treasures to be sought in the comics-sphere. For an indication of how highly I regard Assassination Classroom, I read the first 6 books on a borrowed basis and then went out and purchased them for myself. Japanese comics are unsurpassed when it comes to taking a ridiculous premise and anchoring it with emotion and depth. The premise here is that a strange, yellow octopus-like being has blown up most of the moon and is threatening to do the same to Earth. There's a chance for reprieve, however, as the smiley-faced mischief-maker has set the governments of Earth a challenge: if for one year he is allowed to teach the students of class 3-E at Kunugigaoka Junior High School, they will be free to try and assassinate him within that time-frame, thus saving the Earth. Of course, much of all this is secret, so as not to cause world-wide panic, making those best-placed to assassinate 'Koro-sensei' the students of 3-E themselves, their motivations bolstered by a promised reward of ¥10 billion from the Ministry of Defense. Only, class 3-E is the 'loser/misfit' class, and their new teacher is one of the first to pay them any real attention and genuinely care about them as individuals. Under his tutelage they're learning more, developing as people, and even coming together as a class.

It's a funny, entertaining, and reassuringly affirming series that's been a highlight of my year, and I'm really looking forward to this 7th installment. If you haven't come on board yet, now is probably a great time to ask for the first 2 or 3 books for Christmas. 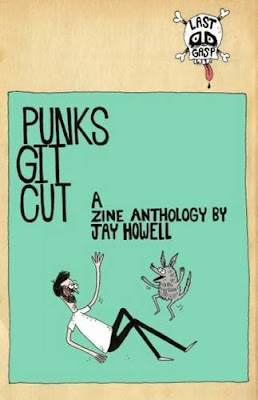 Punks Git Cut by Jay Howell, Last Gasp: I'm a big fan of Jay Howell's (he's best known for designing the Bob's Burgers characters and working on Sanjay and Craig), but have never had the opportunity to own any of his zines or work. So this collection from Last Gasp is very welcome indeed. It contains reprints of his zines 'Punks Git Cut', 'The Dark Wave', 'Let Me Tell You Where/ Where Not To Stick It', 'Dogs and Dog Information', 'Pages from Books Vol. 1', 'Wicked Wendy,' a shedload of drawings, and lots more.

The Hero book 2 by David Rubin, Dark Horse: The concluding volume in David Rubin's diptych retelling of the life of Hercules: 'In ancient Greece the first superhero was born. Heracles, the son of Zeus, came into the world with strength, charm, and a fighting spirit. The Hero Book Two continues David Rubín's epic tale of Heracles in a postmodern look at the Twelve Labors and the champion's fateful doom. The story delves deep into his life, revealing those who would wish him harm on his meteoric rise to stardom, his tumultuous love affairs, and his incredibly heroic feats.' I found the first book interesting in many ways, particularly in how Rubin aligns the mythic with the contemporary: the inclusion of modernity (fast cars, technology), and blending god-like 'powers' with sci-fi; the almost ironic deconstruction of the hero as celebrity, and more. And it all comes packaged in this colourful, cartoony-cool sheen. It's definitely worth checking out, and I'm curious to see how the story goes, and what more it has to say. 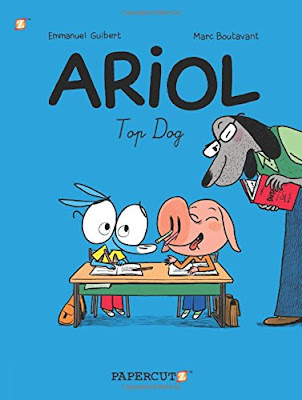 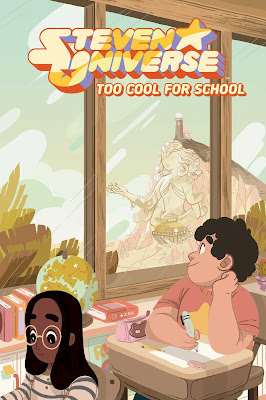 Ariol book 7 Top Dog by Marc Boutavant and Emmanuel Guibert, Papercutz: Simply too charming to resist, thanks to Marc Boutavant's absolutely delightful cartooning. The great thing about the Ariol books is that they can be enjoyed in any order: each volume consists of roughly 10 short comic stories, each of which are generally self-standing. Ariol is a young donkey, who hangs around with his pig-friend Romano, and dreams of classmate, pretty cow Petula -all in between school, visits to the dentist, and going away with his grandparents. It's always a pleasure when there's a new Ariol out to savour. 'Ariol’s schoolteacher Mr. Blunt is top dog. A big spaniel with glasses, he never shaves very well but he’s never boring. He always has some nice, little story or game to suggest to make his lessons understandable. In fact, open your notebooks and grab a pencil, you’ll see.'

Steven Universe: Too Cool for School by Jeremy Sorese and Coleman Engle, KaBoom: The trade paperback of the first Steven Universe comic sold like  hotcakes at the comic-book shop at which I worked, and no doubt this new original graphic novel (it's not been serialised like the other), 'Too Cool for School,' will follow suit.  Written by Jeremy Sorese and illustrated by Coleman Engle it promises dodgeball, teachers, and food fights, as it takes a closer look at the friendship between Steven and Connie, and what happens when Steven tags along with Connie to school one day (there's a reason Steven doesn't regularly attend school with humans.) Rebecca Sugar has created a show, characters and universe that truly resonates with many thanks to its optimistic, yet head-on approach to many contemporary issues, and these comics do a great job of capturing that core essence. An all-new Steven Universe book is not to be sniffed at! 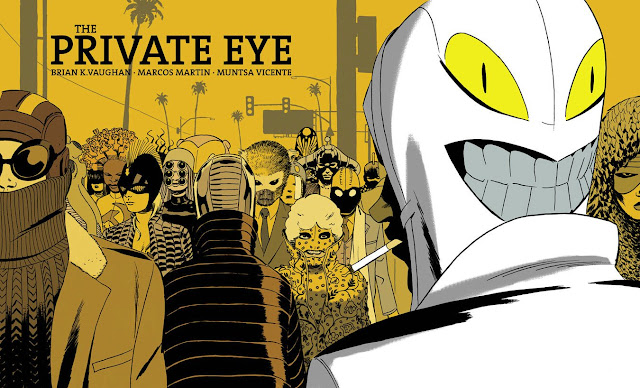 Private Eye by Brian K. Vaughan, Marcos Martin, and Muntsa Vicente, Image: Launched in 2013 as pay-what-you-want digital comic, Brian K. Vaughan's, Marcos Martin's and Muntsa Vincente's story is now finished and collected in a hefty landscape hardback, courtesy of Image Comics. I'm notoriously rubbish at keeping up with digital comics, although the first couple of issues that I did buy of this -about an investigator being set up for murder- I liked well enough. It seems much of the noise around The Private Eye was more to do with the format and manner of its release and publication, and I've read little about the actual comic -which is fine with me. Interested to get around to it. 'Set in an inevitable future of where everyone has a secret identity, The Private Eye is an eerily prescient sci-fi mystery about an unlicensed private investigator who stumbles onto the most important case of his life. The series is set in 2076, a time after "the cloud has burst", revealing everyone's secrets. As a result, there is no more Internet, and people are excessively guarded about their identity, to the point of appearing only masked in public.'

Also releasing: Batman: The Doom that came to Gotham b Mike Mignola and Richard Pace, The Puma Blues by Stephen Murphy and Michael Zulli, The Quest for the Time Bird  Serge Le Tendre and Régis Loisel
Posted by Zainab at 10:21