A boy, a robot, and a haunted castle: Ben Sears' Night Air [preview] 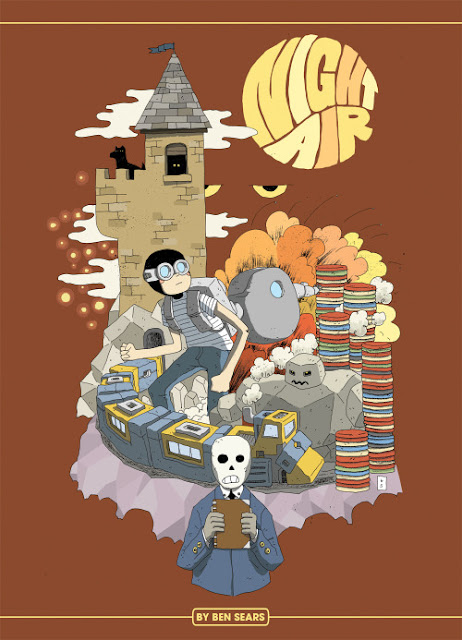 The year is shaping up to be a great one for children's and young people's comics; new Fantasy Sports from Sam Bosma, the fifth volume of Luke Pearson's Hilda, new Raina Telgemeir. Drew Weing's excellent monster-consultant webcomic Margo Malloo is coming to print; the latest in Kazu Kibuishi's Amulet series is published this month; Papercutz will be bringing more Ariol to English, while D&Q release further editions of Shigeru Mizuki's Kitaro. In addition to all those, there's also Ben Sear's Night Air from Koyama Press, one of the books I've been excited about since it was announced last September. Sears first came to my attention with his comic, Double +, the adventures of a google-wearing young boy and his dry robot companion (who basically a floating box with arms), so it's fitting that those same characters will feature in his first longer-length published work. 'Plus Man is a roguish knave without equal, an antihero in his own mind. His cool-headed robot, however, knows better.' That story, serialised on Study Group Comics, was followed up by a solo outing for the boy in the silent and beautiful The Gleaming Corridor.

Night Air will be a full-colour, 64 page book, which finds the odd duo together once more and on the hunt for a valuable alloy, located -but of course- only in a very, very haunted castle. A little Indiana Jones by way of Miyazaki, Sears' curling lines lend a magical, meditative quality to these off-beat adventure comics, whilst never losing the playful nature of his subjects. Quite a bit of that ruminous tone comes from the comics being in black and white, as with most of Sears work to date, but short stories such as the one he did for the Wacom Pressure/Sensitivity anthology, and a recent Adventure Time back-up indicate a use of colour that adds a whole other dimension to his art. On the evidence of the pages excerpted below, it's something to look forward to seeing in May. 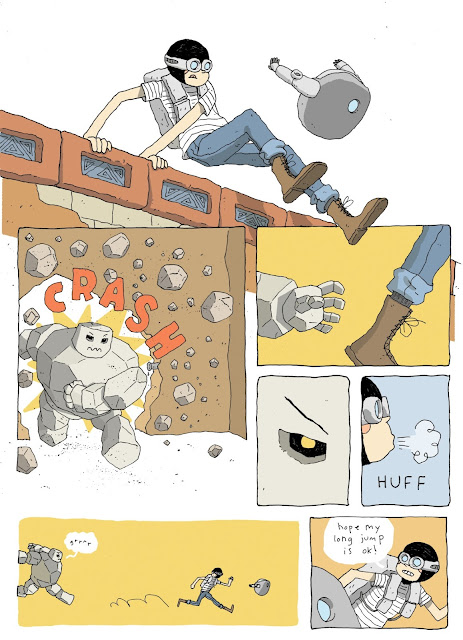 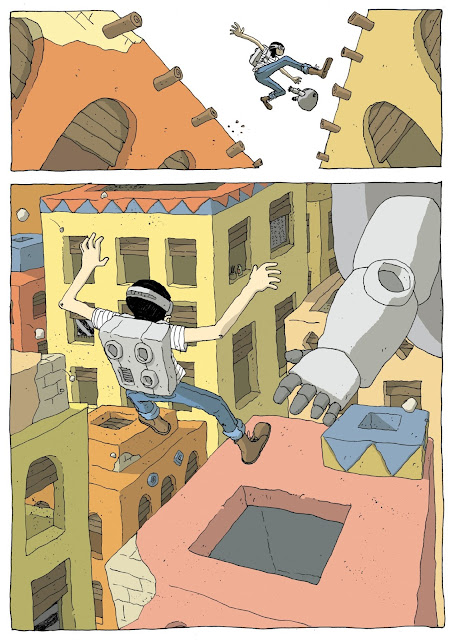 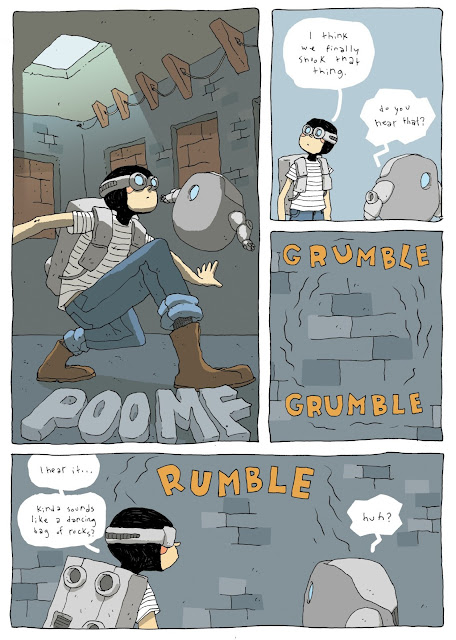 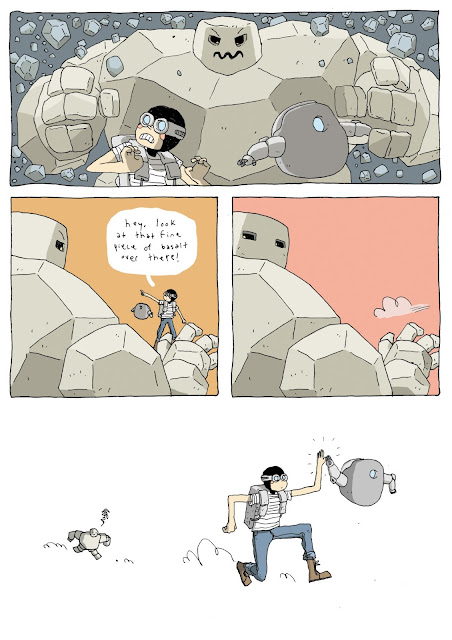