'Need to know' is a new feature that aims to get you quickly acquainted with cartoonists and illustrators of talent and interest, via a few questions and some examples of their work. Up first, an artist whose work I came came across towards the end of last year and became instantly enamoured with: Manjit Thapp, who you can find on Tumblr here, and on Instagram here. 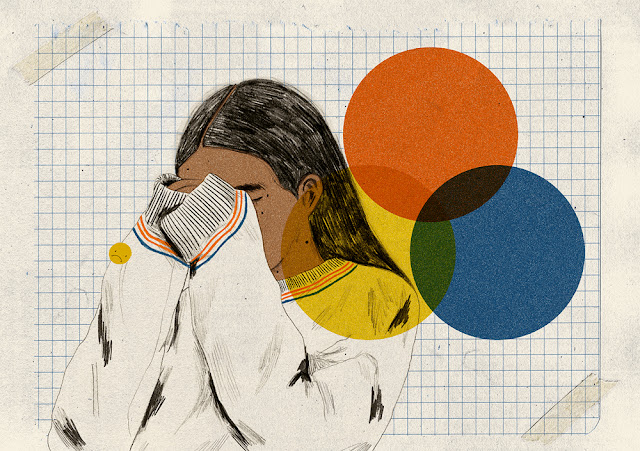 Can you introduce yourself a little?
My name is Manjit Thapp, I’m 21 years old and live in the UK. I’m currently on my third and final year studying Illustration at UAL.

I read on your Tumblr that you only decided to pursue illustration (formally/as a degree) when choosing what to do after sixth-form. Did you take art at A-level? Did you draw, or have an interest in drawing, prior to that?
I’ve always been into drawing and art. I started taking it more seriously when I started secondary school though and ended up doing Art A Level.

When did you start sharing you work on the internet? How helpful has it been to have an online presence?
I’ve been sharing my work for so long! I had a deviant art account when I was in Year 9, me and my friend both joined at the same time and we’d post all our embarrassing art work on there. Then eventually I got a tumblr and instagram. I’m really glad I started posting my work pretty young though, because I’d probably be too nervous or second guess posting it now. It motivated me to keep drawing and because of that my work’s developed so much.

There's a longstanding debate of the merits of formally studying art over being 'self-taught.' How are you finding your course?
My course has had it’s ups and downs, which is the case for pretty much everyone I think. Some of the briefs that I’ve worked on at uni have informed my work so much though and helped it grow because I’ve tried out things that I wouldn’t have before, like making comics. I think it’s really important to work on personal things alongside your course and not just rely solely on uni. I draw as often as I can.

Your work encompasses children's picture books, comics, fashion illustrations, editorials. Is there a particular area that's emerged as one you enjoy more than the others- one you'd like to focus on?
I don’t think I’d focus on just one, I like being able to work across different types of illustration. I really like sequence and narrative, it’s challenging but the end result is so rewarding. The fashion illustrations are fun too because I have an interest in that, and I like combining it with my art. I definitely would say I have interest in fashion and clothing and that ends up in my work. I love drawing and including bits of clothing I own or would want to own. |’m also inspired by music, sometimes I’ll be listening to a song and I’ll like the mood of it so I’ll try and translate that feeling into my work.

I actually don’t read that many comics! I’ve only recently begun drawing comics, but I like NoBrow’s comics  a lot. They release these magazines that all have a different theme that artists respond to, one half has illustrations and the other half short comics. It’s really great! 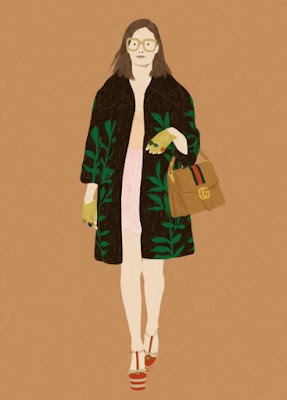 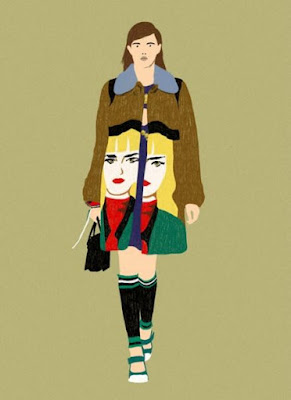 Do you draw digitally or analogue? Or a mix of the two?
I draw everything by hand with pencil because I like the texture of it and then add colour in Photoshop because I can experiment with colours without doing anything permanent.

There are a few recurring themes in your personal work- a liet motif of eyes, faces covered/turned away; a sense of spirituality and self. Almost holistic, especially combined with your sense of composition and placing. Do you find themes present themselves as you work, or is there a conscious choice to explore and include things?
I would say they present themselves mostly, I don’t like to over think my drawings too much. There are little ‘motifs’ that I find myself doodling a lot and they end up making their way into final drawings.

Another aspect I connect with in your work is the portrayal of big-browed South Asian brown girls, which honestly has been so affirming for me, because there is so little representation of that demographic in the British illustration and comics scene. Was that lack something you ever encountered/felt or gave thought to?
I think representation is so important, and the lack of it has been something I’ve been thinking a lot about. It sort of dawned on me that if I’m unhappy with the lack of it then I should do something about it in my own work; rather than wait for other people to do it, if that makes sense? It’s really nice when I get messages from people who say that they appreciate that too, it just reminds me how important it is.

What are you working on at the moment? Do you have anything in the pipeline for 2016?
Mostly uni work, but I’m also working on new things that I want to add to my online shop like new prints and hopefully some tote bags. Finishing uni mostly, once that’s done I really want to start devoting more time to freelancing and also to my online shop. Having the time to create new products is something I’m really looking forward to! I love seeing my artwork on things like t-shirts, bags, stickers etc so I’d love to collaborate with companies to do that. 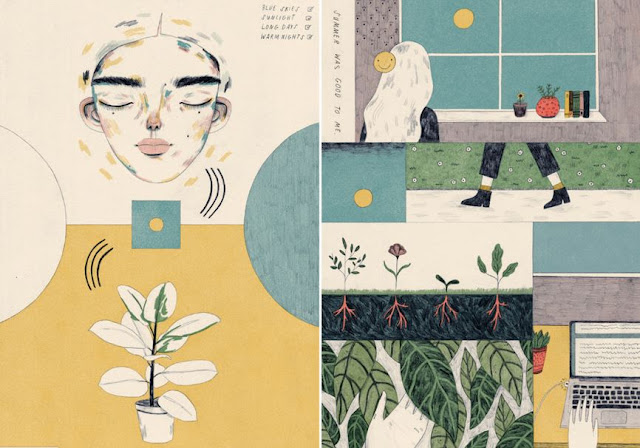 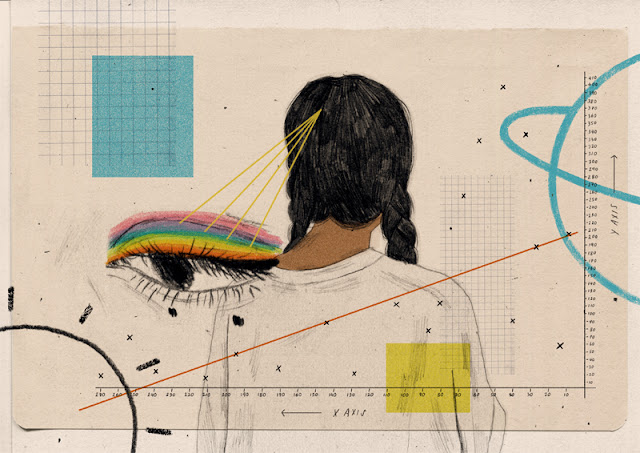 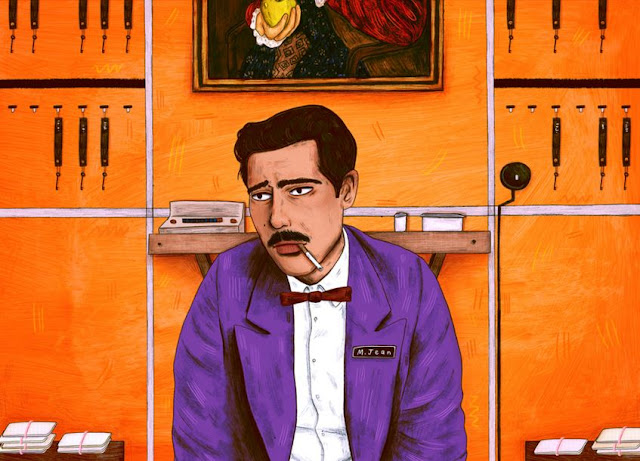