There's an intrinsic sweetness to Valentine Gallardo's work, which is perhaps initially surprising considering all but one of the comics collected here were originally published for Vice magazine. Vice have a strong history of working with 'alternative' and 'indie' cartoonists, showcasing in particular comics of the disenfranchised variety: stoner/slackers in their 20's and 30's duffing, drinking, partying aimlessly; misunderstood and vaguely rebellious in a manner that's earnestly uncaring, and today feels a little dated. Gallardo's work encompasses those disaffection narratives, whilst also being symbolic of a generational shift in attitude and approach. So the group of friends in Soft Float navigate the usual fare of work, culture, society, and relationships; in addition to negotiating fulfillment, purpose, anxiety, and so forth. These latter subjects have long been present in alternative comics -but the manner in which they are discussed has changed. Where previously rebellion via disengagement extended from the outer world (rejecting systemic and social roles) to the self, here, examination and a level of interaction -both introspective and beyond, is key.

Many contemporary cartoonists are more contemplative in this area (to which growing awareness of mental health issues have likely impacted): the negotiation and function of both the individual and 'social' self. Broadly, this seems to have evolved from semi-ironic, fervent stoicism to people as process: from cryogenic awareness as end product, to looking to assess and improve. Gallardo's more empathetic prism typifies this shift. Even the threading of altered realities via drugs leans towards a reading of magic rather than overt tripping. Those aspects play to the inexplicablities and wonder of life -the strange, the ominous, the good- instead of any direct semblance of enlightenment. They mingle easily with a leavening modernity that grounds the comics whimsical elements.

The 6 comics here are in turn soft and sharp, something achieved through both tone and look. Gallardo's pencils combine and switch between precise spindliness and pressed smudges, moving from lush and dreamy to stark clarity. There's a tactile closeness to pencil, that makes the act of creating palpable and immediate (reinforced by rubbings and visible, early lines), as if you'd just been handed it- the transference of charcoal and pencil from fingers to page to the reader's hands. It's interesting to see how a plethora of aesthetic signifiers from European alt-comics tradition come together and are reshaped in Gallardo's hands: short, stocky figures, a mixture of human, animal, and plant creatures; triangle noses, rounded blush cheeks -a folk infusion that stretches from Ingrid Vang Nyman and Tove Jansson to Disa Wallander, Coco Mooyson and Anouck Ricard. Every now and again Gallardo will conjure an expression and face that's so utterly satisfying; so fully the concept of what it's supposed to represent: the upturned tilt of mischievous anticipation (in the 3rd panel of the second page below) or a disgruntled storming off (in the 4th panel of the last image).

As comforting as the degree of recognition in Gallardo's stories is, there's a sliver of opening in each in which interpretation and imagination prickles. Take 'Magic Night,' which begins around a campfire in the woods, as drinks and dares are passed. A mysterious foodstuff, 'a spellwich loaf,' is introduced into the equation, despite warnings against ingestion. Despite the progression of the narrative, the imagery of the final page of abandoned, prone figures sleeping on a hillside is also somewhat sudden and ominous. 'Goodbye Carlos' is a scathingly pithy commentary on systemic misogny set at a work leaving party, made all the more powerful because the reader is cut off from participation, and left to simply watch. There are no traditional 'conversations,' instead events unfold via thin, insidious speech bubbles that spew a litany of phrases and snatched words (and some significant pictograms).'Ugly Bastard,' reflects the complexities of abuse and hypocrisy with humour and a dollop of strangeness, while 'I Fly So Low' is a beautifully paced piece on accepting feeling good, bad, and in-between, with equal embrace.

Fundamentally, Soft Float's excellence lies in its cohesiveness of vision. Gallardo's ability to tell stories in which style, tone, philosophy, and emotion coalesce into conveying fully a particular kind of language and expression results in a book that feels the absolute fulcrum of what it set out to achieve. 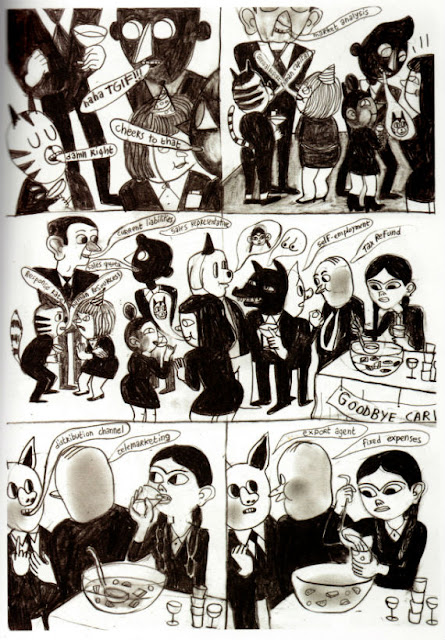 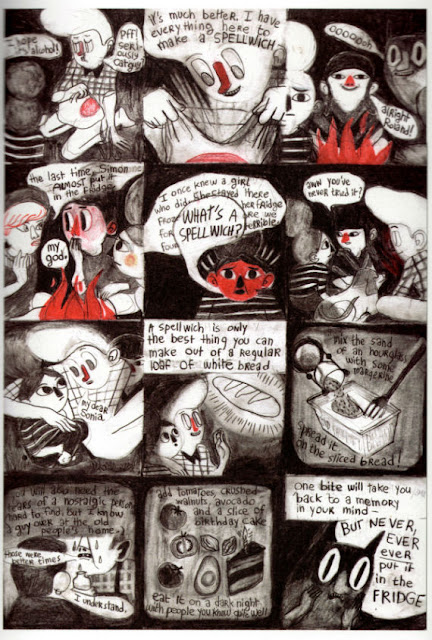 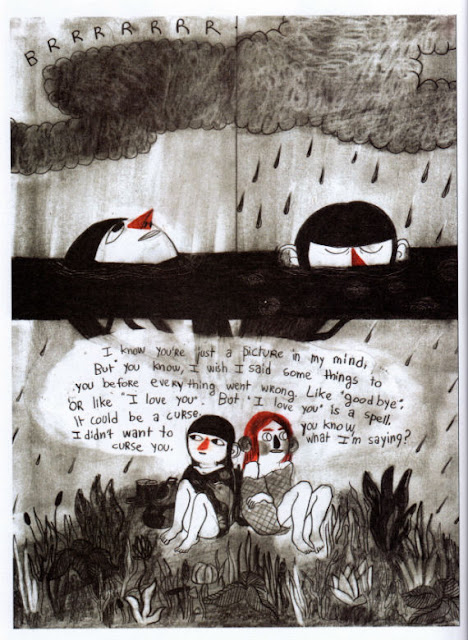 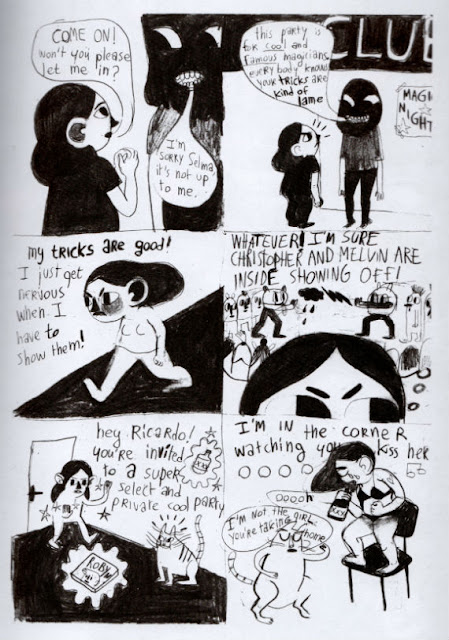