With pound in hand: February comic and graphic novel releases

Picking out the cream of this month's releases in graphic novels, collected editions and anything else notable (please note- release dates are subject to change). 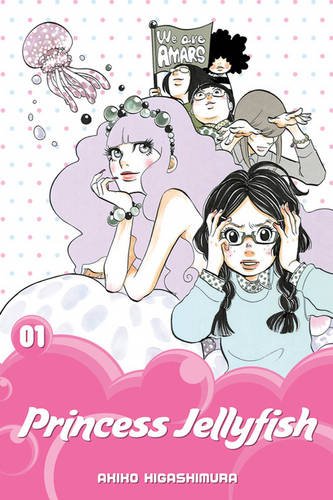 PICK OF THE MONTH: Princess Jellyfish by  Akiko Higashimura, Kodansha: Akiko Higashimura's Princess Jellyfish gets a much anticipated English language translation, with the first book in the series releasing this month. The comic currently runs to 15 volumes in its original Japanese, and Kodansha (having acquired the license to publish the first 12 volumes) will be publishing the English-language editions as large format, 2-in-1 omnibuses, complete with color page selections and bonus special features. The official copy for the book doesn't really give you much to go on, but I'm excited for it having seen Higashimura's art and pages, and from what I've read about the tone: 'Tsukimi Kurashita has a strange fascination with jellyfish. She's loved them from a young age and has carried that love with her to her new life in the big city of Tokyo.  There, she resides in Amamizukan, a safe-haven for girl geeks who regularly gush over a range of things from trains to Japanese dolls. However, a chance meeting at a pet shop has Tsukimi crossing paths with one of the things that the residents of Amamizukan have been desperately trying to avoid - a fashionable socialite! But there's much more to this woman than her trendy clothes. Their odd encounter is only the beginning of a new and unexpected path for Tsukimi and her friends.' 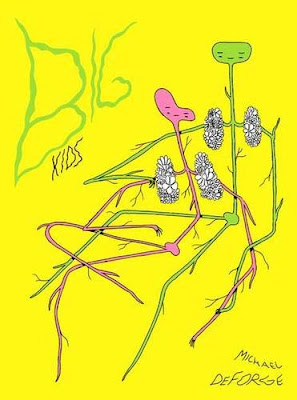 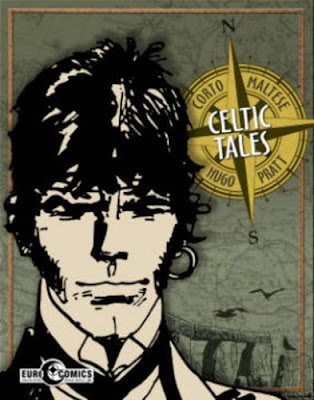 Big Kids by Michael DeForge, Drawn & Quarterly: I'll always look into anything Michael DeForge puts into print (not as good at keeping up with digital/online work) due to his ability to create a completely immersive and singular visual language, in both function and form. This new longform comic is a bildungsroman of sorts: the story of a troubled teenage boy as he navigates the transformative years of high school, although anybody with passing familiarity of DeForge's unsettling, vividly beautiful comics will know that's most likely a deceptively simple summation.... 'When the boy's uncle, a police officer, gets kicked out of the family's basement apartment and transferred to the countryside, April moves in. She's a college student, mysterious and cool, and she quickly takes a shine to the boy. The boy's own interests quickly fade away: he stops engaging in casual sex, taking drugs, and testing the limits of socially acceptable (and legal) behavior. Instead, he hangs out with April and her friends, a bunch of highly evolved big kids who spend their days at the campus swimming pool. And slowly, the boy begins to change, too.'

Corto Maltese: Celtic Tales by Hugo Pratt, IDW: I'm a new reader to Hugo Pratt's Corto Maltese, which is no doubt one of the purposes of these reprints from IDW. My feelings for the first volume are well-documented, but the stories in the second felt more disparate in both order and quality. Regardless, I'll still be picking up the third and latest installment of the rakish sailor's adventures, as the action moves from South America to Europe against the backdrop of the First World War. It looks like Pratt's incorporating even more 'real-life' historical figures into his stories, something I'm not the biggest fan of, but isn't a deal-breaker where his gorgeous art and deft touch is concerned. 'In these six stories Pratt further explores such complicated themes as patriotism and greed, revolution and opportunism, and betrayal and seduction. Events take Corto from a small island in the Venetian lagoon, where he comes face to face with a beautiful blonde spy, to Stonehenge and an adventure with Merlin, Morgana, and Puck. Along the way he meets Ernest Hemingway and future billionaire Aristotle Onassis, Irish revolutionary Banshee O'Danann, the legendary Red Baron, and an intense cast of characters who weave in and out of a series of labyrinthine plots and counter-plots.' 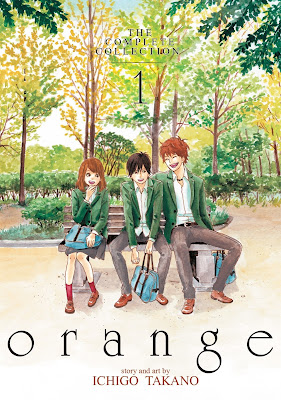 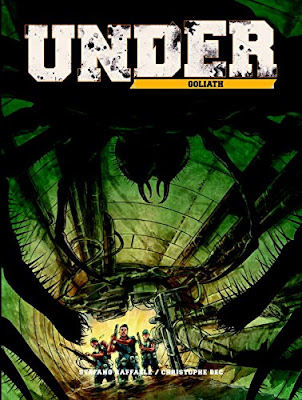 Orange 1 by  Ichigo Takano, Seven Seas: This is another manga series I've heard curiosity-igniting murmurings of. Complete collections are hugely preferable to me as a reader: a good chunk of story, no hanging about for further volumes. The premise sees 16-year old Takamiya Naho receive a mysterious letter, claiming to be from her 27-year old self, and informing her to keep an eye on a new transfer student by the name of Naruse Kakeru who will soon be joining her class. 'What is Naho to make of the letter's contents and its cryptic warning?' This seems to be one of those 'what if you could change the past' scenarios, but I'm interested to see what it does and where it goes- something about it gives me The Girl Who Leapt Through Time vibes, which if it's as good, I'll be happy with.

Under: Volume 1: Monsters Beneath by Stefano Raffaele and Christophe Bec, Titan: I'm a sucker for a good creature feature (see: those B-list Leo Cinebook comics), and this looks like it could fit the bill. 'For Lieutenant Wilson Jericho, Hell is real: and it's in the sewers of the sprawling city Megalopol, where, as an officer of the Sewer Police, he's responsible for ensuring the the bowels of the city run smoothly. He knows everything there is to know about the underworld, which is why he's chosen to serve as tour guide for Sandra Yeatman, a young scientist who aims to prove the truth of legends about the strange wildlife in the sewers. Soon, Jericho finds that there is still much for him to learn, as they discover an invasion of mutant spiders ready to tear the city apart...' Spiders are always creepier when they're so small though, right? 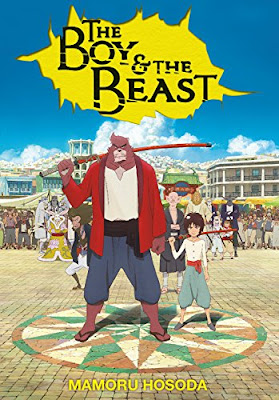 Amulet 7: Firelight by Kazu Kibuishi, Graphix:  Kazu Kibuishi confirmed last year that the story of Amulet would wrap up at 9 volumes, so at number 7 the series is fast coming to a head; Kibuishi's pacing and movement between characters and plotlines in books 1-5 was exemplary, but 6 and 7 have felt too full and slightly disengaging. That aside, it remains a very good series, and one that's hugely popular with its demographic (Fox have picked up the film rights to it). The story centers on Emily, a young girl who moves with her younger brother and mother into their great-grandfather’s house after the death of their father, where the family discover a small door in the basement leading to an alternate world of demons, robots, elves, and intelligent animals. It's a land to which their grandfather was familiar, and one that's at war- a war to which their destinies appear tied. 'Emily, Trellis, and Vigo visit Algos Island, where they can access and enter lost memories. They're hoping to uncover the events of Trellis's mysterious childhood -- knowledge they can use against the Elf King. What they discover is a dark secret that changes everything. Meanwhile, the voice of Emily's Amulet is getting stronger, and threatens to overtake her completely.'

The Boy and the Beast by Mamoru Hosoda, Yen Press: This is a straight adaptation of Mamoru Hosoda's 2015 animated film of the same name- a hardback treatment much like Hosoda's Wolf Children (it looks like there's also a paperback version releasing on the same date, although it has a different cover and is listed as a 'volume 1'). I've been meaning to watch the film- it looks great, but I like reading film to comic adaptations -particularly animation- in a way that doesn't work for me if reversed.  'Tokyo's a big city - big enough that it's easy for a grieving boy like Ren to slip through the cracks. But Ren slips a little farther than he meant to, ending up in the beast world of Jutengai! He ends up with a new name - Kyuta -and a new life as the apprentice of the bear Kumatetsu, learning the way of the sword. Kumatetsu's got problems of his own, though, and the boy and the beast may have more to learn from each other than they realize. But the boy's arrival in the realm of the beasts has put both their worlds in danger, and they're going to need more than life lessons to face it!'