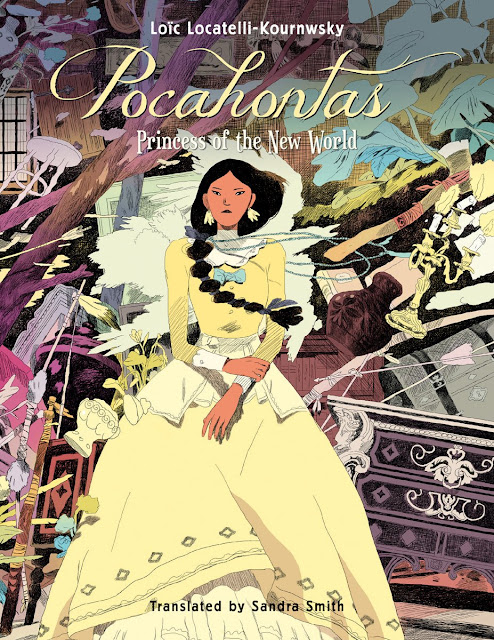 Some quick good news as the weekend hits: Pegasus Books will publish Loic Locatelli-Kournwsky's Pocahontas: Princess of the New World in English this September, with Dr Sandra Smith providing the translation. The book was originally released in French last October, and Pegasus will produce the English-language edition as a 128-page hardback in the autumn. I'm a big fan of Locatelli-Kournwsky's beautiful work, following him mainly on Tumblr (where else) for a number of years, where he posts in-progress pages, sketches and character designs, often of gaming and manga characters. He's published a few books in French, including Ni Dieu Ni Maitre ('neither god nor master') Vaincus Mais Vivants ('defeated but alive'), both in collaboration with Maximilien LeRoy, but Pochanatos marks his first work to be given an English-language release (I recommend clicking through to those title links, as you'll get to see some beautiful pages from each). Various elements of his style- the sketchy smokiness, the textures, the use of blacks to an extent- remind me of Christophe Blain and Blutch: you could easily see it slotting in in a volume on Lewis Trondheim's Dungeon (if it was still around). The way he switches from that to a more surreal lean, playing with proportions of figures and heads, and a range of rich colouring is distinctive, and in general, his work seems to have a darkness, a weight to it that sets it apart.

While I'm looking forward to seeing a whole book-full of his art, I also hope that Pocahontas's story is told with respect and clarity. That's increasingly -and rightly- becoming crucial as our culture progresses beyond superficial understanding and representation. So often well-meaning re-tellings of the histories of people of colour/marginalised people can come off poorly, suffering from a lack of specific perspective, knowledge, or empathy. They can also be done well. Certainly, Locatelli-Kournwsky seems to be fervent about his subject, writing, 'I thought Pocahontas deserved something else than “the girl who fell in love with English lads”. She was far more than that. She was an independent woman, a well tempered character with a strong personality, who didn’t care a bit about whispers and babblings. Against her own will, she was also a political tool ripped apart by natives and English. Surrounded by many, but always alone. She was her own country, her own language…' He's shared various process work and pages from the book (again, on his Tumblr), which is coloured in a lovely ochre and black, a selection of which you can find below. It's gorgeous work. 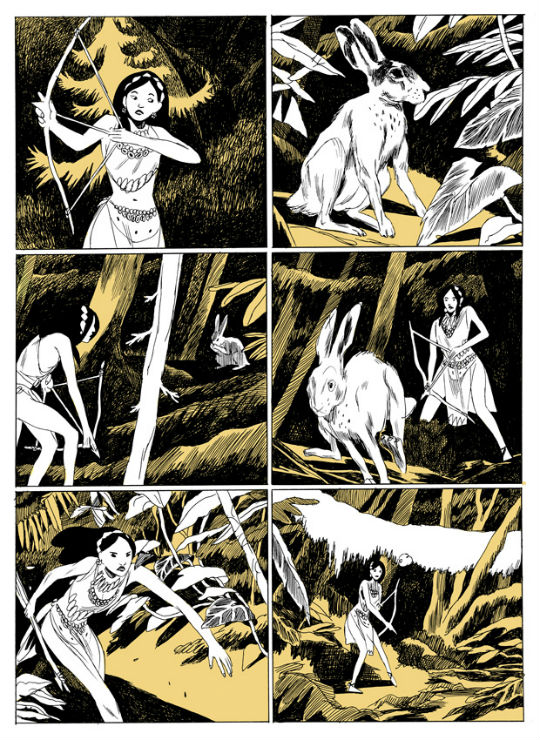 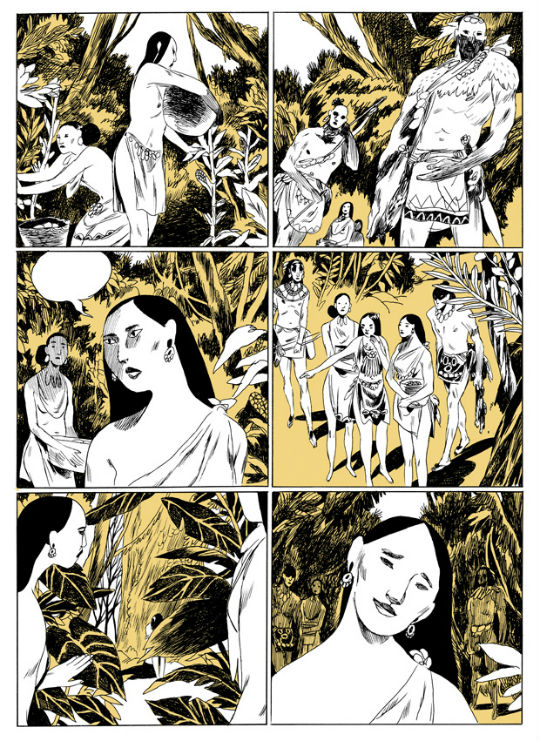 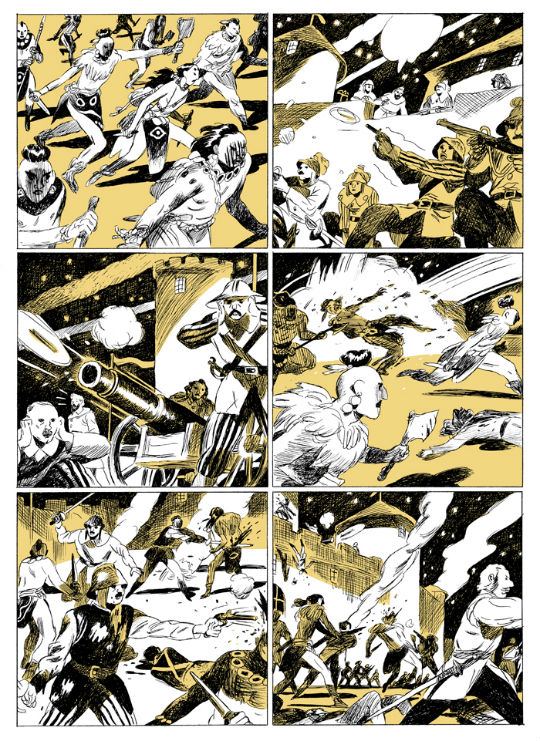 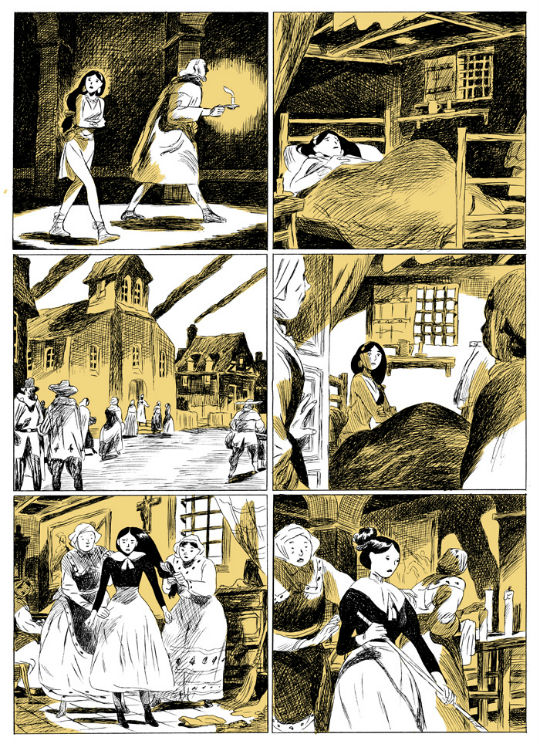 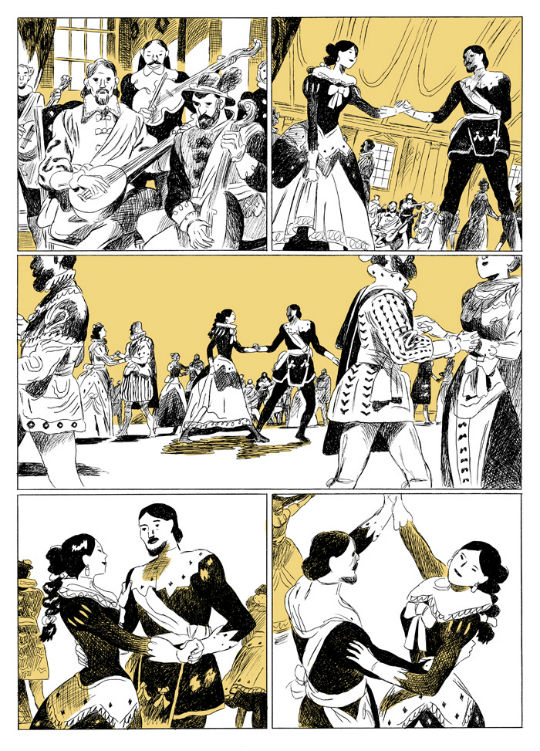