With pound in hand: March comic and graphic novel releases

Picking out the cream of this month's releases in graphic novels, collected editions and anything else notable (please note- release dates are subject to change). 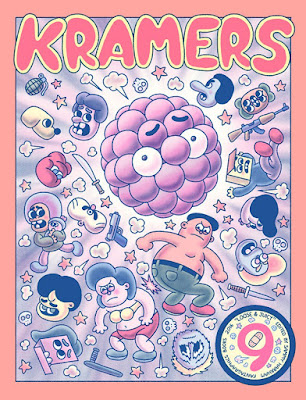 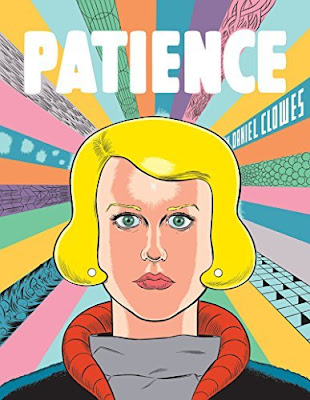 Patience by Daniel Clowes, Fantagraphics: The first new work from Daniel Clowes (Ghost World, Like A Velvet Glove Cast In Iron) in half a decade, Patience is a time-travelling love story about a man who travels back in time to track down his murdered girlfriend's killer, promising both 'violent destruction' and 'deeply personal tenderness.'  I'm interested to read this: I like Clowes' style and colouring (which is very distinctive) more than I do his writing, but to me he's another of a group of influential male cartoonists of the 90's whose relevance seems to be more contextual and historical than resonant with contemporary comics audiences. So I'm curious to see what a new Clowes work reads like, and how it holds up within the current landscape of the medium. 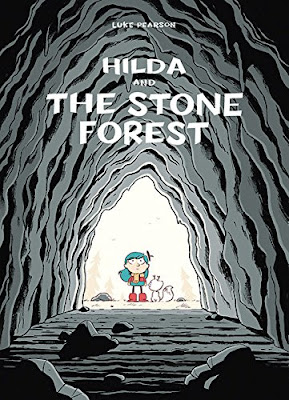 Marquis of Anaon 3: The Providence by Matthieu Bonhomme and Fabien Vehlmann, Cinebook: Vehlmann and Bonhomme's inherently gothic series continues, as the young, scientifically minded but curious Jean-Baptiste Poulain continues to investigate crime and strangeness in the 1720's, as he attempts to learn both about himself and the ways of the world. Here, he's back in Paris when the Countess of Almedia invites him to join her salon in Andalusia. 'Her offer is too good to refuse, and they're soon on their way to San Fernando by sea. During a storm, they narrowly avoid a collision with a drifting ship, the Providence. When they go aboard the derelict, all they find are corpses - and yet Jean-Baptiste is convinced he'd seen a survivor...' Stunningly irrefutable work from Bonhomme.


Hilda and the Stone Forest by Luke Pearson, Nobrow Press [EDIT- release date moved to September]: Four books in, Luke Pearson's blue-haired heroine, Hilda, is fast on her way to establishing herself as one of British children's literature's beloved characters. And it's easy to see why: Pearson depicts a dense and charming world that swirls together the magic and realism of childhood, a curious and bright heroine, and a sometimes frustrating but always loving mother-daughter relationship; all gorgeously bought to life by some utterly sumptuous cartooning. In her fifth outing, Hilda and her mother are thrust together on a dangerous adventure through the land of trolls, after Hilda's caught trying to escape the house while grounded. Body-swapping shenanigans ensue. 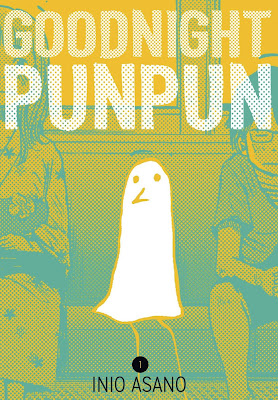 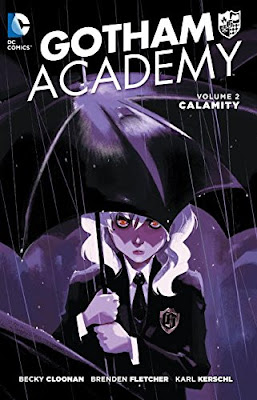 Goodnight Punpun by Inio Asano, Viz: Asano's longest, and perhaps most acclaimed, work to date. Goodnight Punpun follows the titular 'Punpun' as he progresses from childhood to adulthood, all the while depicted as a poorly drawn cartoon bird: first a chick, then slightly more feathered, and eventually a darker-coloured, fully-grown bird -even as all other characters are traditionally rendered people. Spread over 13 volumes, the story is split roughly into four arcs: Punpun's life in elementary, middle, and high school, and then as a young adult. Asano mixes his trademark realism with a heavy dose of surrealism: Punpun comes from a broken home with an alcoholic mother and an abusive father, rarely speaks, can conjure a 'god,' and  is surrounded by a bizarre cast of characters. Goodnight Punpun charts the comedies and increasing, intensely dark experiences of Punpun's life as he grows up in this environment, and struggles to deal with himself and the world around him.

Gotham Academy 2 Calamity by Becky Cloonan, Brenden Fletcher, and Karl Kerschl, DC: I was pleasantly surprised by the first volume of Gotham Academy, a boarding school mystery buoyed by Kerschl's art that did enough right to make me want to check out the second book. It's a title that's accessible to new and younger readers, whilst remaining Batman-affiliated. 'At the beginning of the term, Olive Silverlock returned to Gotham Academy as a shadow of her former self. But thanks to her new friends and their Detective Club sleuthing, Olive was finally starting to feel whole again. But now, Olive is seeing ghosts. A spectral, robed figure is haunting the Academy-and haunting Olive in particular, appearing to her and giving sinister instructions. Could this spirit be the key to unlocking the secrets of her family’s dark past? Or is Olive simply losing her grip on reality?' 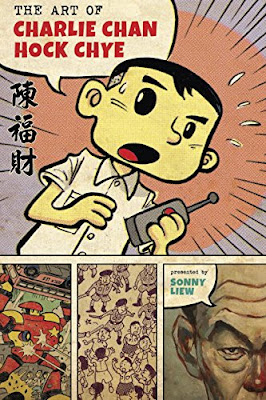 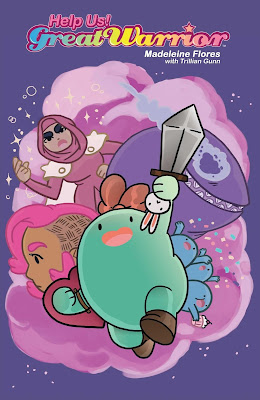 Help Us, Great Warrior by Madeleine Flores, Boom: Based on Madeleine Flores' popular webcomic, the Great Warrior is a bean-shaped being who travels strange lands in need of help, embarking on perilous quests, fighting ancient evils, and keeping herself in great shoes, swords and whilst she's at it -bow perched at a rakish angle along the way. Boom! tapped Flores to create a mini-series featuring the character back in 2014 and it's finally getting a trade paperback release, which I'm really looking forward to picking up. Just really fun, affirming comics that look great. 'Possessing great strength and even greater self-confidence, shes ready to kick some butts and save everyone, especially hunks/pals/handsome skeletons. But Great Warrior has a secret...and will her friends stand by her side?'

The Art of Charlie Chan Hock Chye by Sonny Liew, Pantheon: Liew's magnum opus (and it is a tour de force- lets's employ all the applicable cliches), published last year by Singaporean imprint Epigram Books, gets the wider distribution it deserves from Pantheon. Ostensibly a journey through the life of an artist and the history of a nation, the marketing for this has been really smartly done, and plays a good part in how you experience the book, so I'm not going to say anything further. It's a truly exceptionally crafted work and one that epitomises the medium in a singular way. 'Now in his early 70s, Chan has been making comics in his native Singapore since 1954, when he was a boy of 16. As he looks back on his career over five decades, we see his stories unfold before us in a dazzling array of art styles and forms, their development mirroring the evolution in the political and social landscape of his homeland and of the comic book medium itself.'